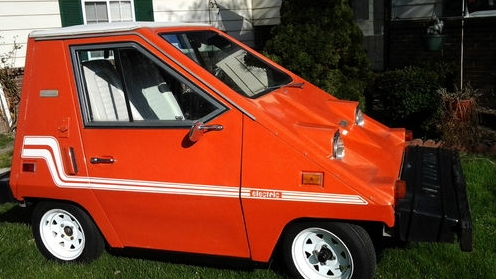 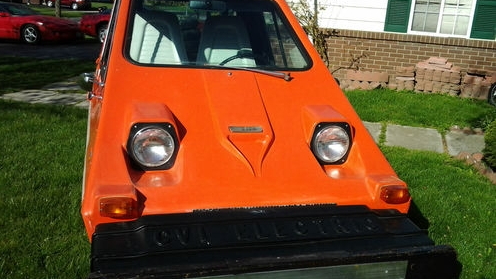 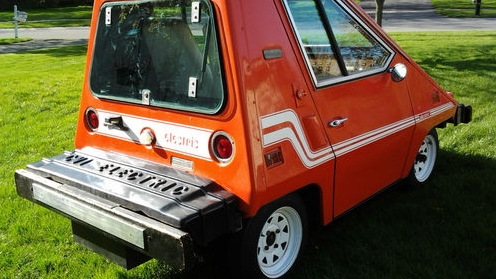 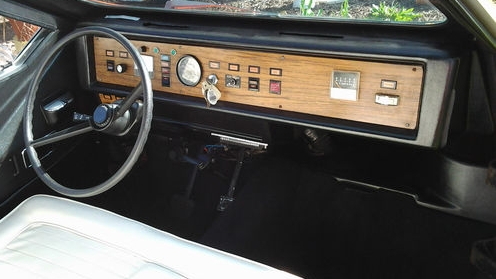 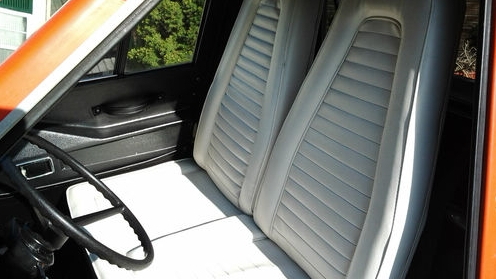 7
photos
We're big fans of the Renault Twizy electric car. Designed exclusively for urban use, it's a vehicle you'd purchase as much with the heart as you would with the head.

Buyers of the Comuta-Car might have bought them with the stomach, as it does look rather like a wedge of cheese, but it's every bit the spiritual predecessor to the Twizy.

The 1980 Comuta-Car currently for sale on eBay is sure to attract interest from electric car fans, and may even appeal to those not into cars, but attracted to retro items.

It may be a 1980 model but it's every inch a 1970s design, from the vibrant orange paint scheme, through the white racing stripes, to the wooden-panel dashboard and simple seats.

It's not dissimilar in appearance to the classic Bond Bug, a three-wheel minicar sold in England around the same time.

The Comuta-Car is designed for two, and with a range of up to 40 miles and a top speed of 40 miles per hour, you and your passenger will be constrained to city driving. Given the car's diminutive size that's probably for the best, but we bet the short wheelbase makes it fun to drive around the city.

Power comes from eight 6-volt Trojan batteries, replaced only two years ago. Not that the old batteries wore out from over-use--only 79 miles have buzzed silently under the vehicle's wheels since its 1980s birth. It even comes with the original dealer certificate of origin from 1981.

Interested? You can find the listing on eBay here, and the auction ends in around four days time.