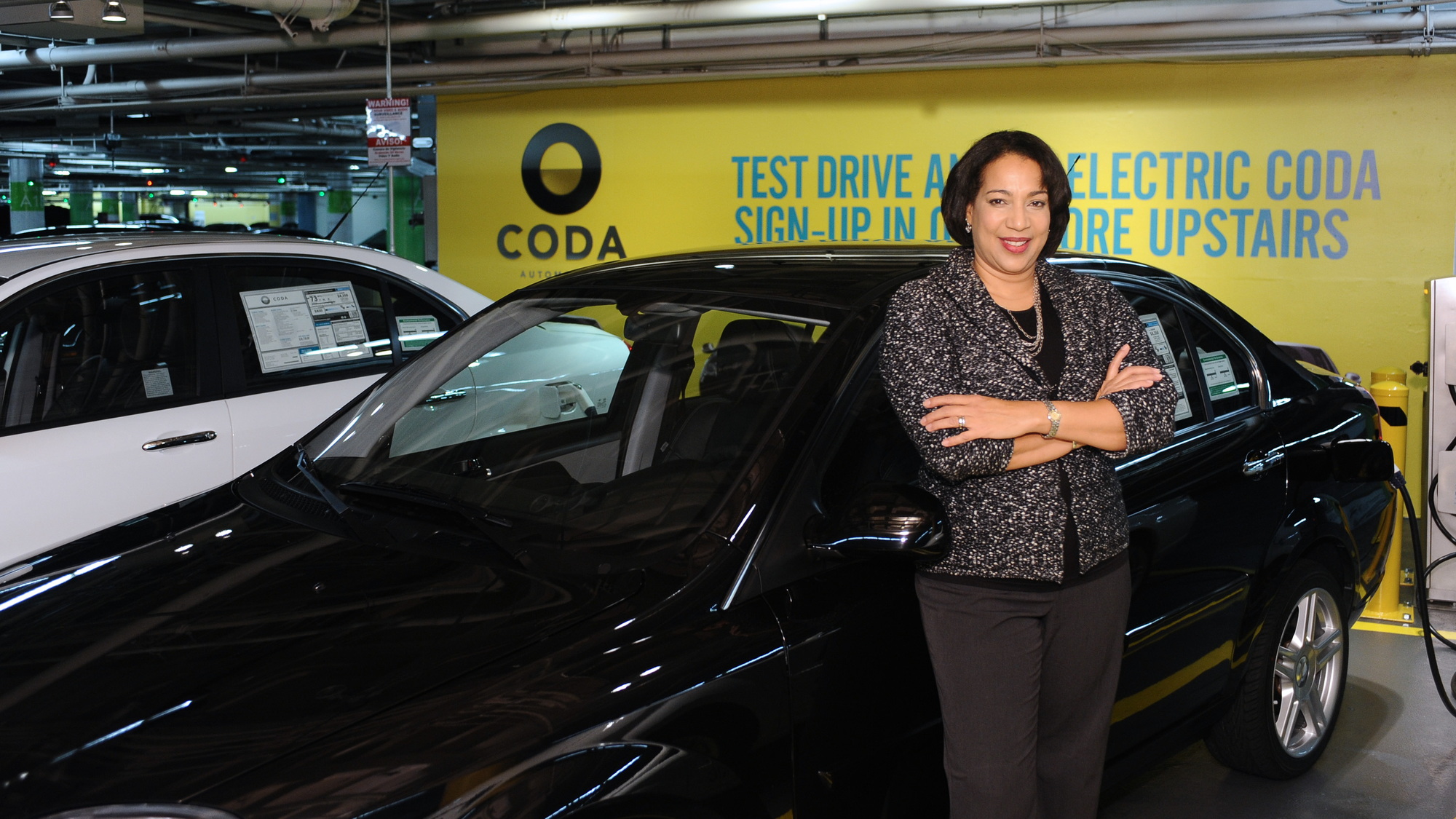 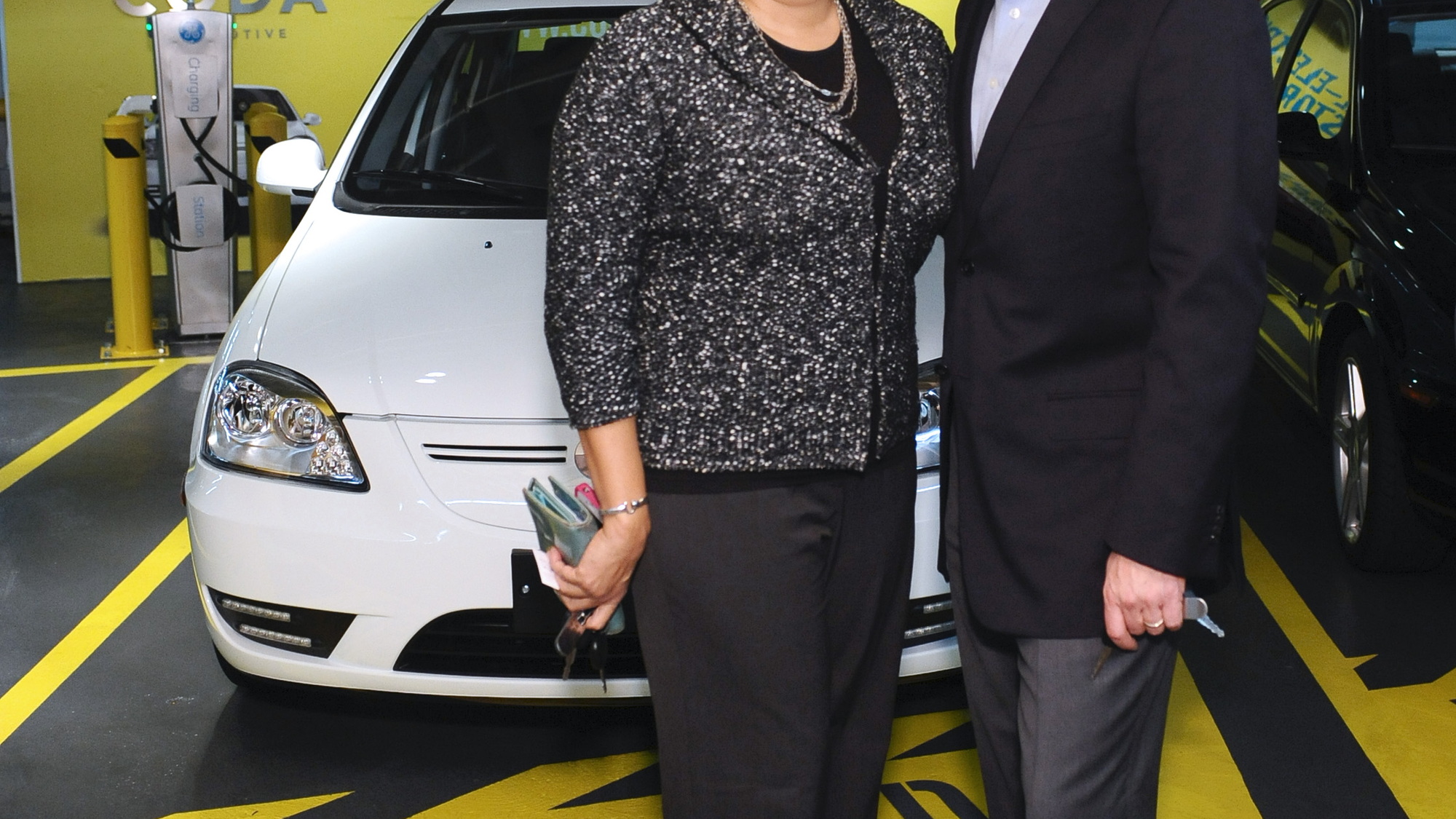 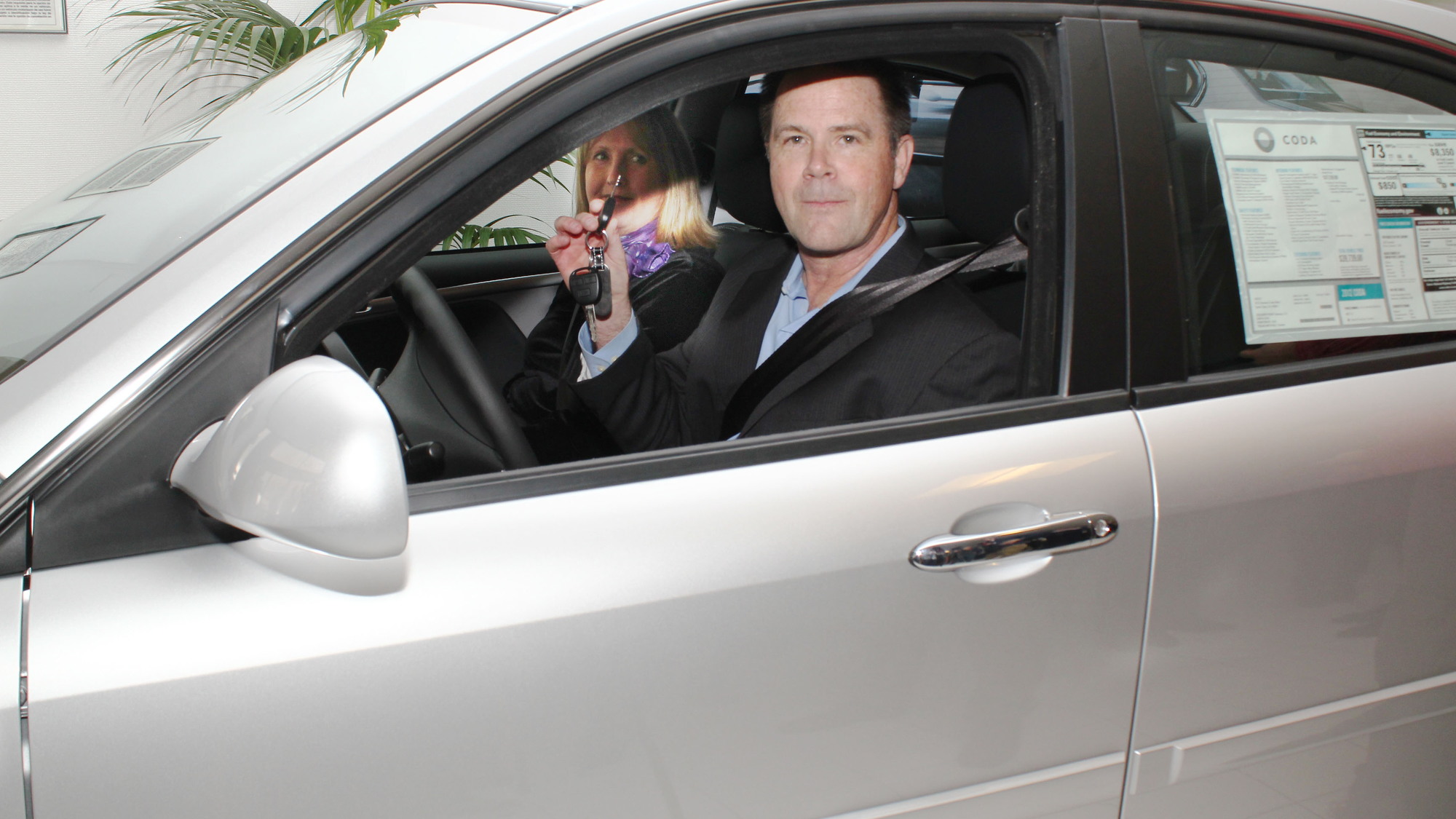 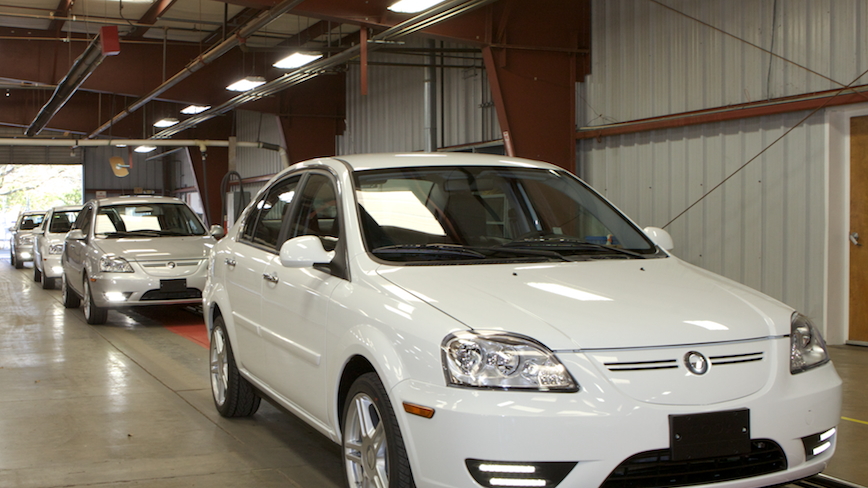 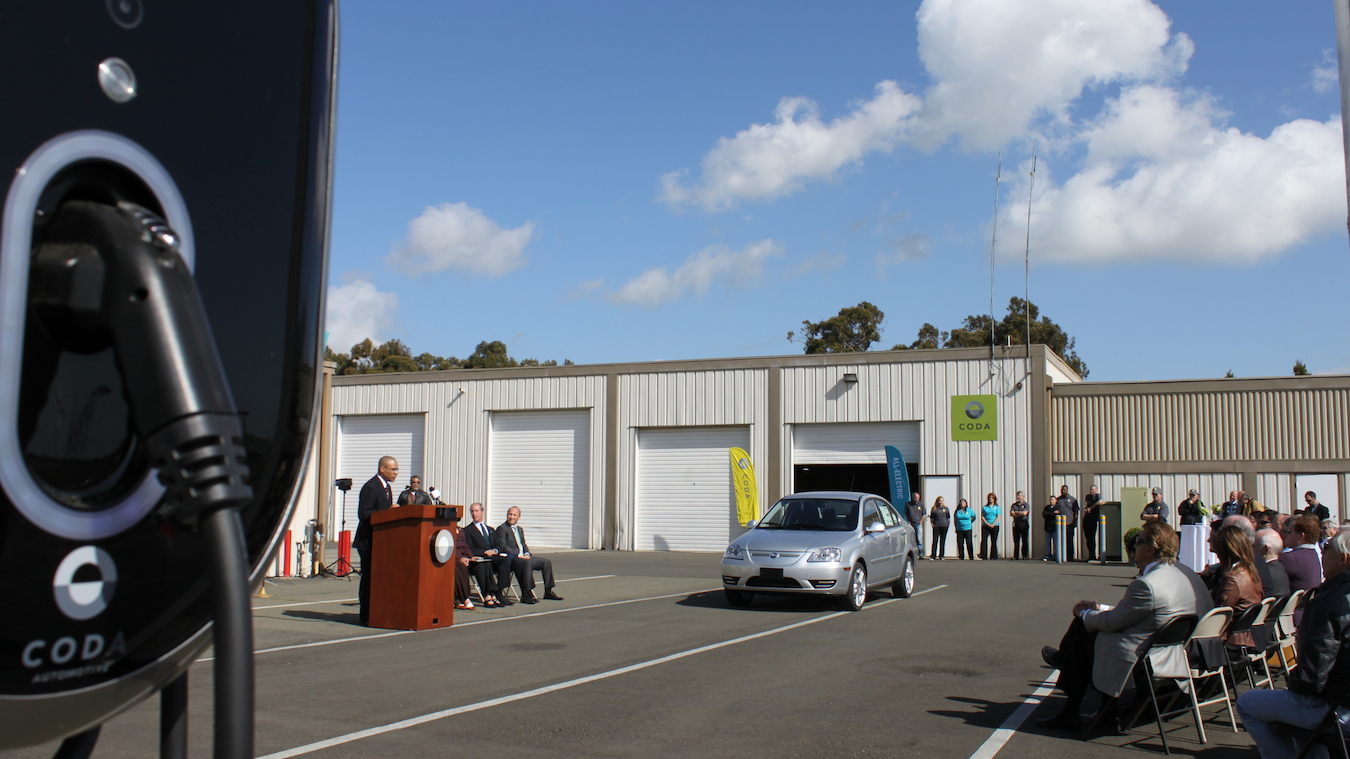 You can add one more to the list of electric cars now on sale in the U.S., with deliveries last week of the very first 2012 Coda Sedan models last Friday in northern and southern California.

In publicized events at Coda dealers in both Los Angeles and Siicon Valley (south of San Francisco), dealer representatives handed over Coda keys to buyers who had registered for the cars--some as long as three years ago.

His car was actually the very first Coda that had rolled off the company's assembly line in Benicia, California, earlier in the week.

He received his car from the company's executive chairman, Mac Heller, and Shaun Del Grande, president of the Del Grande Dealer Group--who committed to Heller that his dealership would sell more Codas than any other.

She's described as "an eco-conscious advertising executive" who spent three years on the Coda reservation list before getting her black 2012 Sedan. She was joined by Coda board member Daniel Weiss, whose electric sedan was white.

The Coda Sedan was initially planned to go on sale in the fall of 2010--ahead of the first Chevy Volt sale, in December 2010, and the first Nissan Leaf buyer the same month--but it was delayed by development issues and subsequent turnover in Coda management.

The car even missed its end-of-February on-sale date by 17 days, but the company is no doubt very relieved that it is now, finally, able to deliver running cars to paying customers.

The 2012 Coda joins the Leaf and the 2012 Mitsubishi 'i' as the third battery electric car now offered to retail buyers in the U.S. The first Mitsubishi 'i' was sold last December in Hawaii.

According to the company, buyers of the first 500 Coda Sedans will be given a numbered plaque for the car's console, a commemorative keychain, and other "limited edition features" to reward them for their prescience--and, we suspect, thank them for their patience.

At the moment, the 2012 Coda Sedan is only offered for sale in California, though the company plans a wider rollout over time.

The electric Coda is assembled using a battery pack assembled in the U.S. with lithium-ion cells from China.

The battery, electric motor, and other electronics are built into a rolling car body provided from China as well, though the Coda counts as a domestically assembled car--as did the Tesla Roadster.

Dealer Shaun Del Grande of Coda Silicon Valley discusses the delivery to Randy Abraham in the video below.