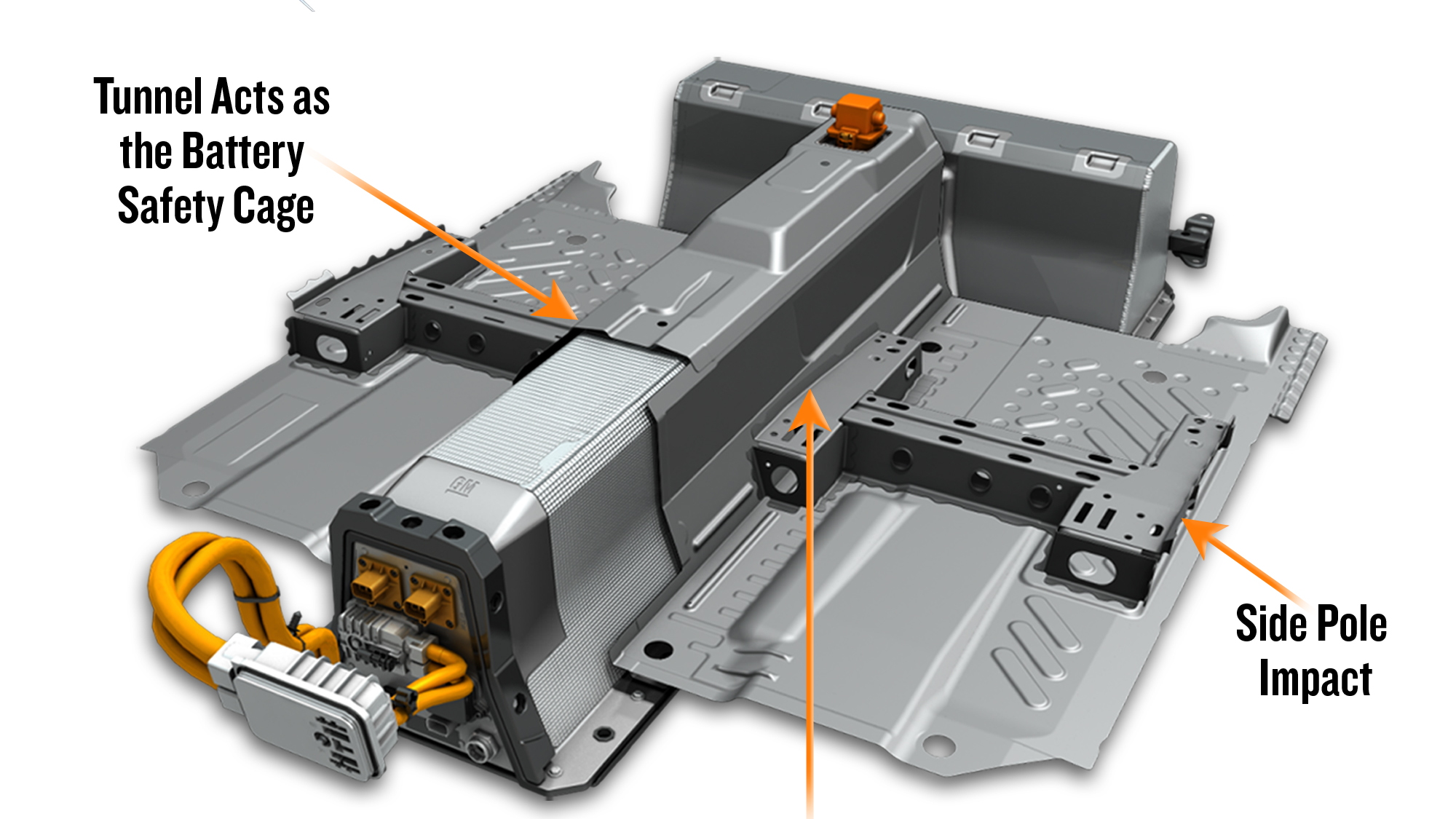 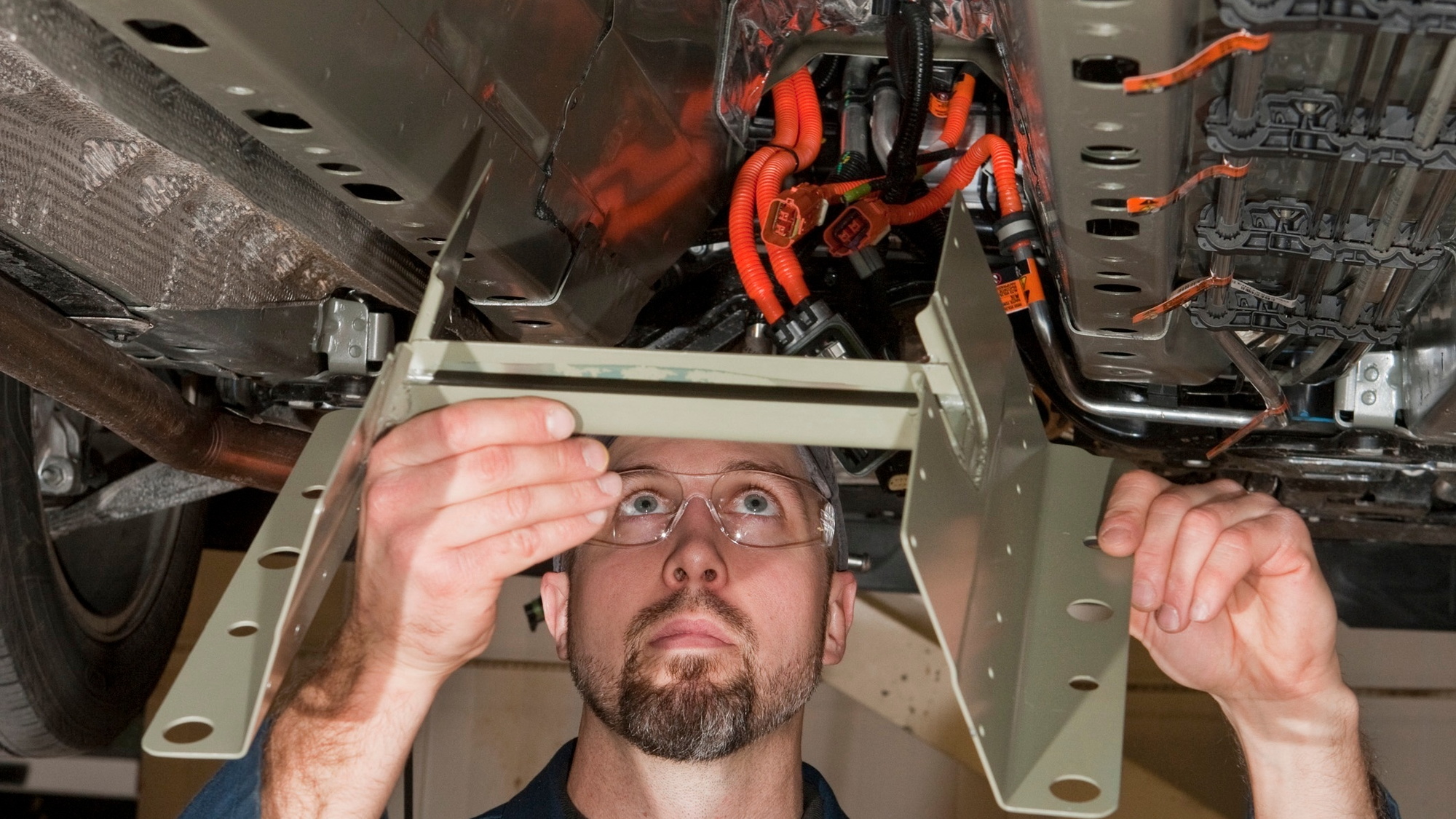 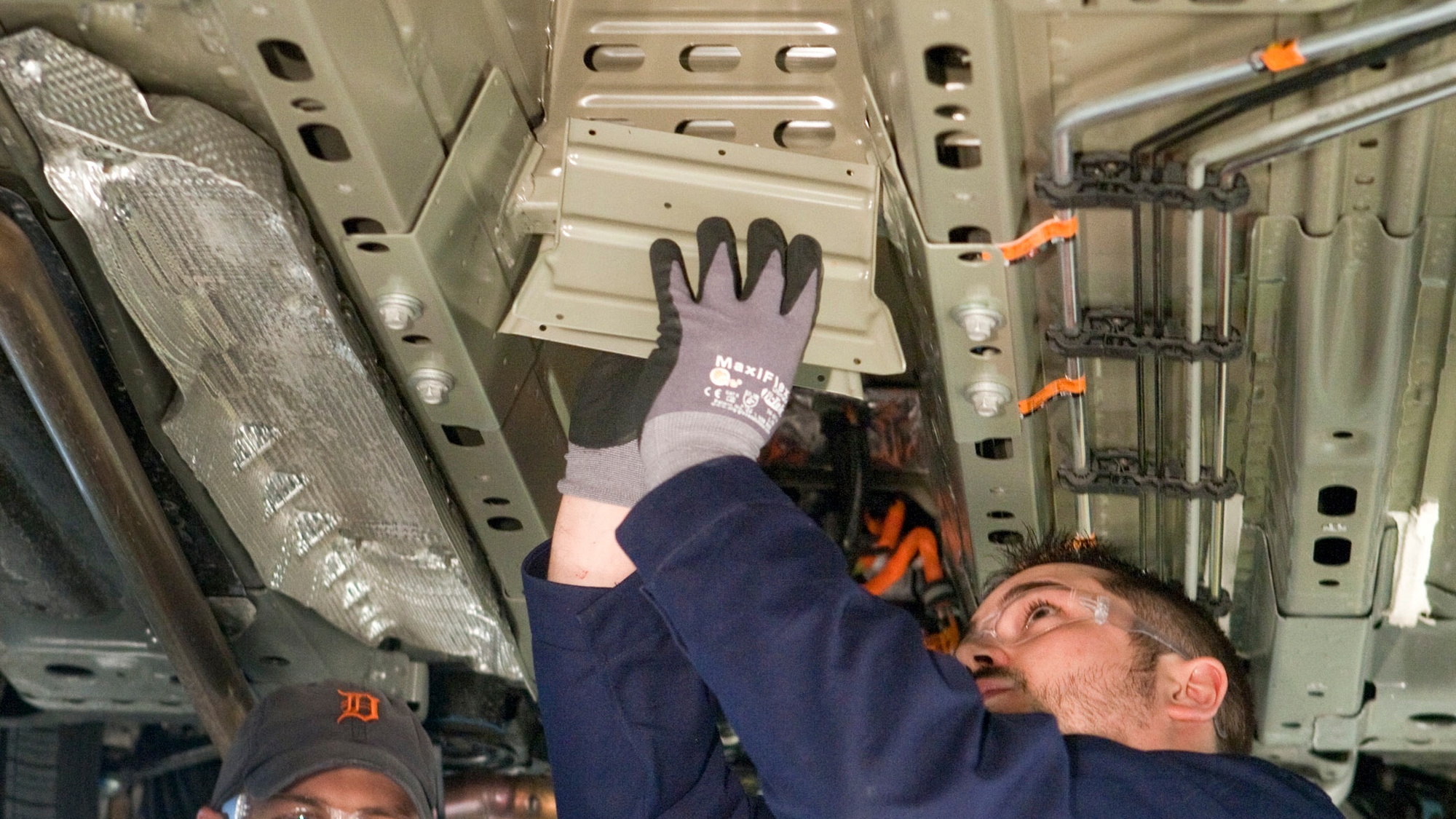 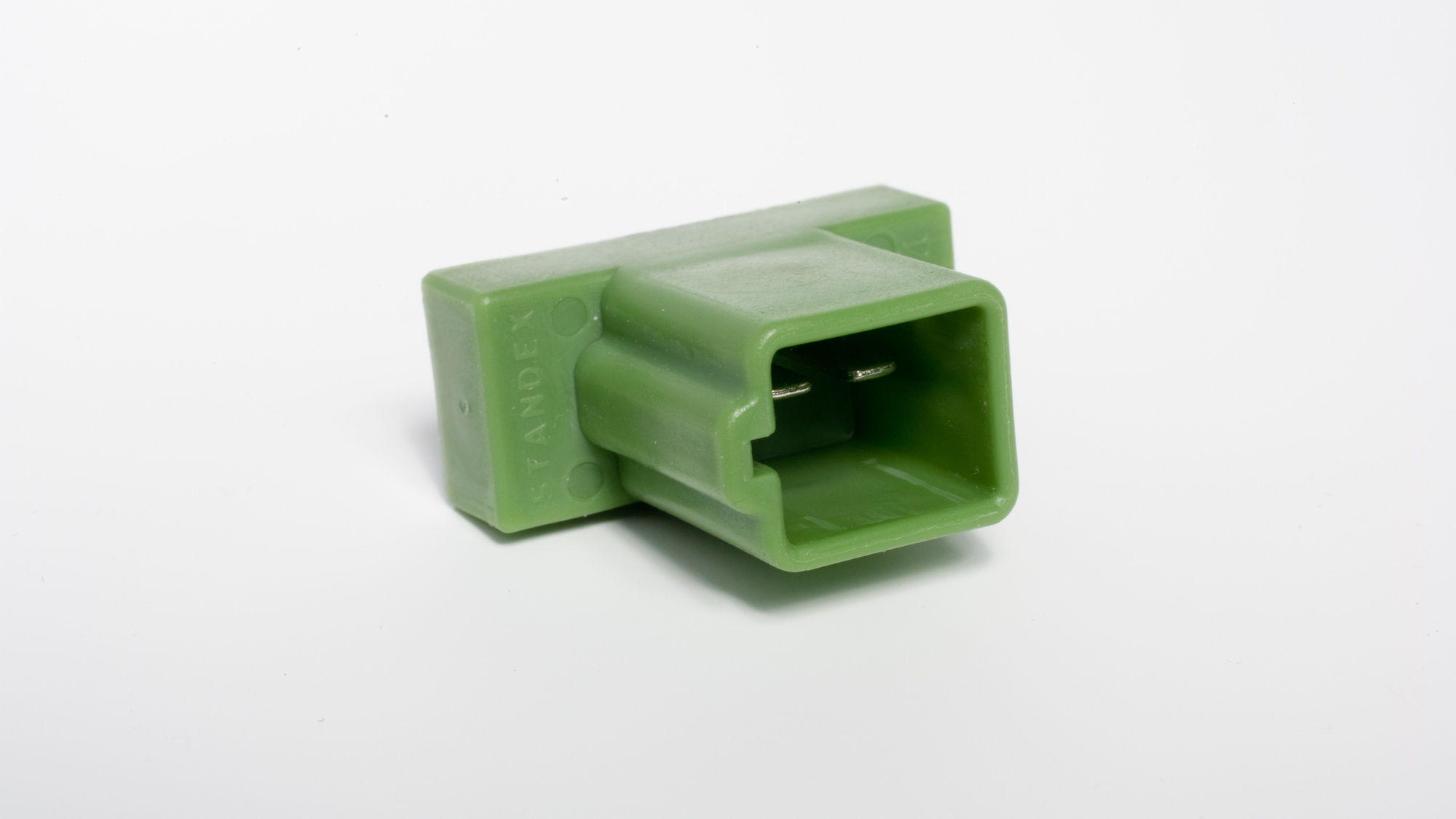 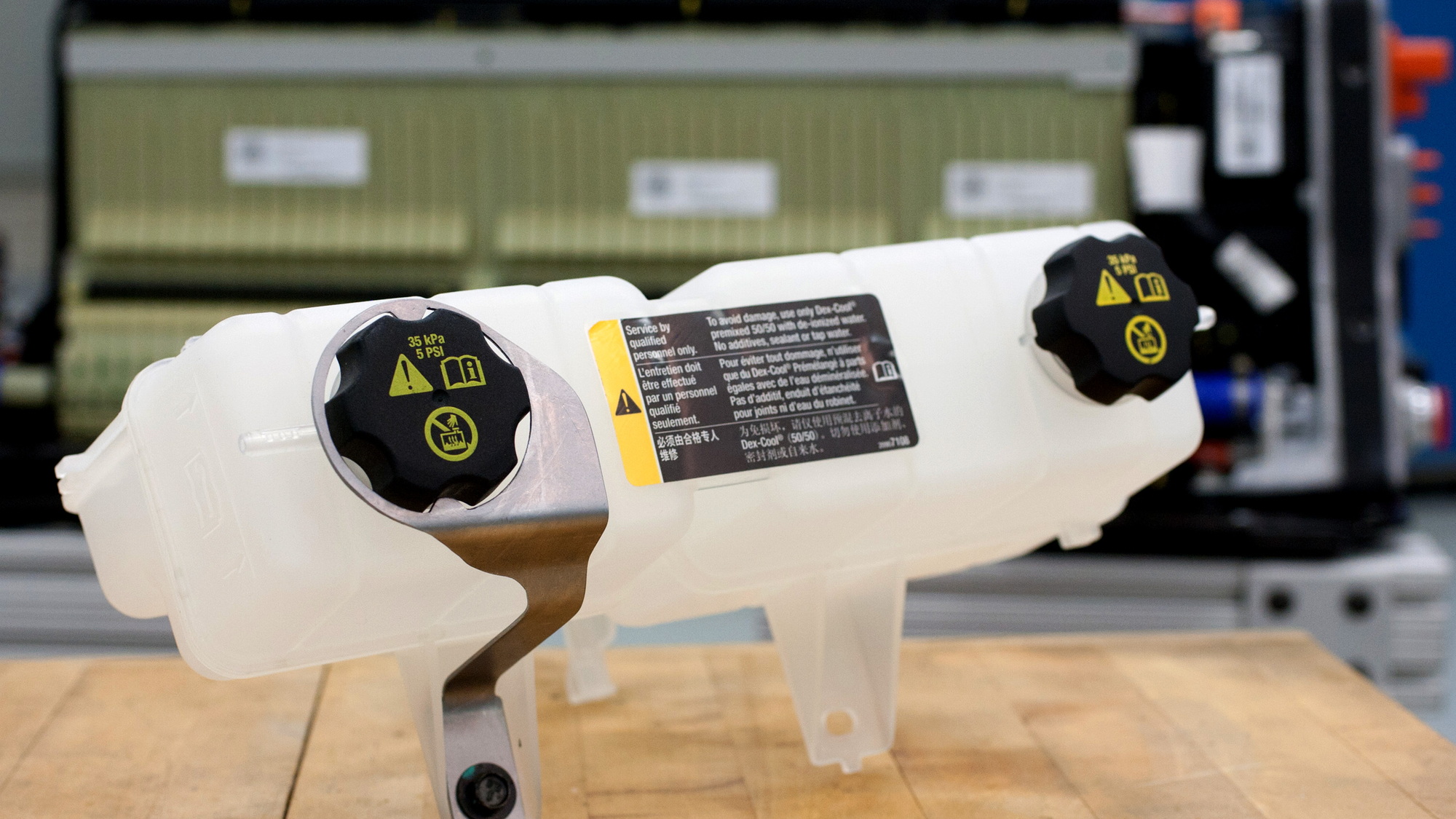 GM announced today that it would offer a "customer satisfaction" initiative that provides modifications to roughly 12,400 Chevrolet Volt range-extended electric cars to reduce the chance that the battery pack could catch fire days or weeks after a severe accident.

The safety "enhancement" is meant to prevent potential coolant leaks after severe accidents, which could lead to a short circuit and subsequent fire in a damaged pack.

The modifications include additional side safety structural pieces, totaling only 2 or 3 pounds, to spread the load of a severe side impact away from the battery pack, eliminating the possibility of intrusion into the pack.

The company will also modify the battery-pack coolant system with a tamper-resistant bracket to prevent overfilling with coolant through the filler pipe.

Last summer, a Volt subjected to a National Highway Traffic Safety Administration side-impact test (and then slowly rotated 360 degrees on a rotisserie) suffered a battery-pack fire three weeks after the test. It was parked in a storage yard at the time.

Shortly thereafter, GM and the NHTSA noted that the battery pack had not been de-energized after the accident--a procedure analogous to emptying the gas tank of a wrecked car. GM is now distributing instructions on how to do that to garages and wrecking yards where wrecked vehicles may be left by emergency responders.

Following a comprehensive joint investigation by engineers from Chevrolet and the NHTSA, General Motors [NYSE:GM] held a press conference this morning to announce the modifications and the launch of this latest phase of its "customer satisfaction" initiative.

Volt owners have already received a letter, with today's date, that indicates Chevy will contact them next month about the service effort to begin in February. All cars now in dealer hands will be modified, either before or after they are sold.

The company will also hold a web chat tomorrow, at noon Eastern time, to give owners more details about the battery modifications. The full text of the letter from GM to existing Volt owners can be found on the second page of this article.

All Chevrolet Volts and Opel Ampera models to be sold in Europe will be modified. When Volt production resumes following the holiday shutdown at the Detroit-Hamtramck assembly plant, all Volts built during 2012 will have the modifications incorporated.

GM reiterated, both on the press conference and in the letter to owners, that it believes the Volt is a very safe vehicle, but that it is taking these precautionary steps to provide owners with peace of mind.

It had previously offered to loan Volt owners another vehicle until the cause of the fire was determined. Subsequently, CEO Dan Akerson also said that GM would buy back a Volt from any owner who no longer felt safe in the car.

According to Mark Reuss, president of GM North America, said that so far, about 250 owners had asked either for a loaner car or a buyback. He declined to split those numbers out, beyond saying that the buybacks were only "a handful" of the total.

As to the question about whether these actions would satisfy the NHTSA and lead it to close the inquiry it had started into the Volt pack fires, Reuss said it was up to the agency to comment on its actions. He did say GM was "optimistic" that its actions would have "a positive outcome" vis-a-vis the inquiry.

Unlike the all-electric Nissan Leaf, the other plug-in car sold in volume during 2011, the Chevrolet Volt has become a political punching bag. Among other woes, Chevy did not achieve its stated target of 10,000 Volts sold during 2011, selling about 7,700.

The shortfall led to claims that the Volt was a "sales failure," with certain commentators and media outlets to attack the car, the company, the 2009 GM bailout and restructuring, government electric-car incentives, and any number of other topics around the Volt.

We’d like to share this important letter from General Motors’ President of North America, Mark Reuss, with you. A hard copy of this letter was also mailed to you via Fedex.

A little over a month ago we brought to your attention efforts by GM and NHTSA (National Highway Traffic Safety Administration) to better understand the cause of a post-crash electrical fire that occurred after NHTSA crash tested a Chevrolet Volt. I am writing to inform you of our solution to this issue.

We remain firm in our belief that the Volt is a safe car- before, during and immediately after a crash. Although there have been no real world customer incidents, we’re taking precautionary steps to ensure your peace of mind. The focus of this investigation has been on what happens days or weeks after a severe side pole impact test, followed by a roll over. We are enhancing the vehicle structure and battery coolant system to improve battery protection after a severe crash. We will notify you in February to schedule service to make these modifications.

We’re sure you will have questions. We will be hosting a web chat on Friday, January 6, 2012, at Noon EST that will specifically address details. Please join us at ChevroletVoltAge.com http://www.chevroletvoltage.com/index.php/volt-blog/18-volt/2564-chevrolet-volt-battery-web-chat.html. If you aren’t able to join us for the web chat, you can read it later at the link above.

We are tremendously proud of our owners’ overwhelmingly positive response to the Volt. There is no greater compliment to our team than to have you, our owners, rate Volt the highest of all makes and models on Consumer Reports Annual Satisfaction Survey.

Finally, I want to sincerely thank you for standing by us during this experience. It’s been very gratifying to read the supporting comments you posted on Volt’s Facebook page and other forums.

Please have a happy and safe new year.