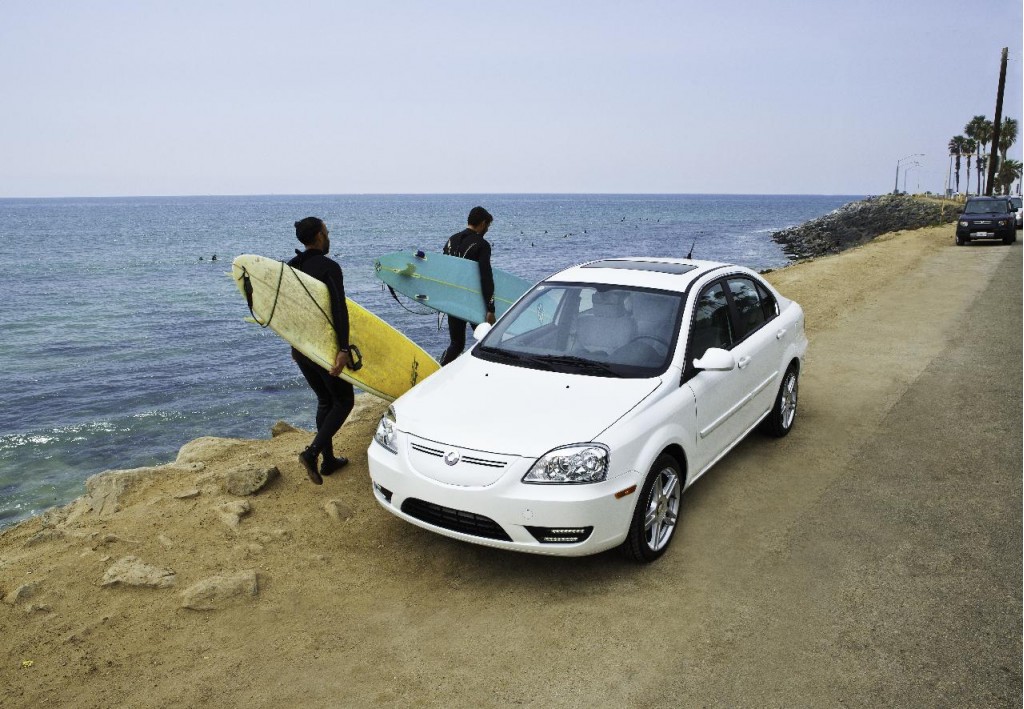 “In America, we like everyone to know about the good work we’re doing anonymously,” Jay Leno explained to Top Gear’s James May, discussing his views of the green-car mentality in the U.S.

His point: The models we buy affirm their conscientiousness (and our own) with unmistakable looks, or at least badging from every angle to show off their green credentials.

That all changes with the electric 2012 Coda Sedan.

Whether it’s appealing is a matter of personal preference, but the $44,900 electric car doesn’t shout its status from a block away. From that distance, or up close for that matter, the Coda could be mistaken for a 10-year-old Japanese compact car, sensible and sober.

Not ugly by any means, but hardly distinctive, either. And now the Los Angeles Times has driven it and given us their impressions.

At least Coda scores for consistency, because the interior too sports a been-there, done-that design. Analog gauge display, conventional key ignition and a steering wheel that is just that; not a home for Bluetooth, cruise or radio buttons. Air conditioning and six airbags come standard.

A navigation screen sits just above the straightforward HVAC dials. Seating is either trimmed in fabric made from recycled material or leather. The single-speed BorgWarner eGearDrive transmission is controlled with a rotary selector much like those seen in newer Jaguars. 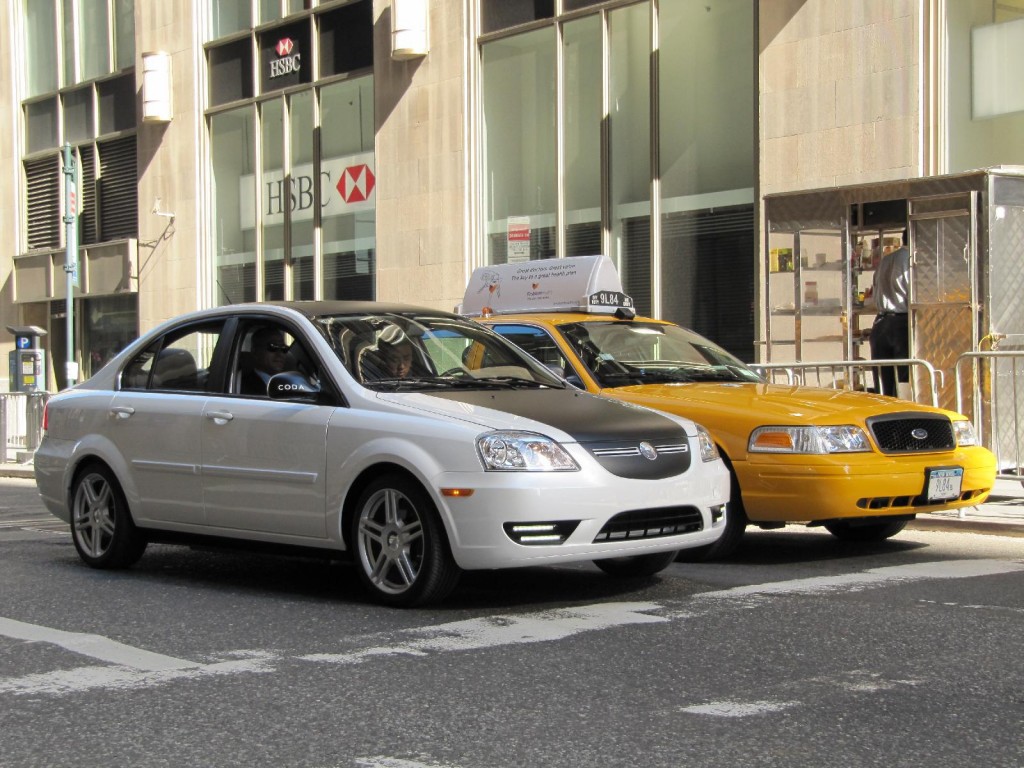 On the road, the Coda won’t leave Jags in the dust, but the Mitsubishi-derived vehicle holds its own. The 100-kilowatt motor produces 134 horsepower and 221 pound-feet of torque.

The 36-kilowatt-hour lithium-ion battery pack sits not in a cargo-stealing space behind the rear seats, but spread out under the cabin, keeping the car's center of gravity low. It employs thermal management to maintain battery temperature, which in turn optimizes range.

If the Coda has any flash, that's where it lives, well out of sight.

As for the critical figure--range--Coda reckons their car can cover up to 150 miles. You’ll need 220-volt service and six hours to recharge, using a 6.6-kilowatt charger that's twice as fast as the one on the 2012 Nissan Leaf.

But the Leaf stickers around $10,000 less, is more thoroughly developed, and is already on sale in several states. As we reported here earlier, the Coda isn’t yet available, and its launch has been delayed until later this year.

For now, a preproduction example is all that’s available for test drives from Coda’s sole Los Angeles showroom.

Given those conditions--not to mention our own findings putting range anxiety to rest--the sensible-but-expensive Coda may face an uphill challenge in the consumer market for electric cars.