Earlier this week, Cnet published a story claiming that the European version of the Chevrolet Volt, the 2012 Vauxhall Ampera, was no more environmentally friendly than an ordinary gasoline car.

Aiming to debunk Vauxhall's miles-per-charge and fuel economy claims, the article cited British blogger Ben Rose, whose website Jaffa’s Juicy Bits proclaimed that the Ampera was “Any Colour but Green”.

Since then, many electric vehicle fans have accused Rose of a lack of journalistic integrity. They claim that his job at Toyota Financial Services -- one he has only occasionally disclosed in his writings -- is a major conflict of interest with his supposedly independent criticism as a blogger.

In his posts, Rose often examines the inherent and often hidden emissions that should be assigned to electric cars not charged from entirely renewable energy.

Examining the emissions of coal-fired power stations -- which generate most U.K. electricity -- last year Rose claimed the 2011 Nissan Leaf would emit the equivalent of 81g of CO2 per km traveled, barely better than a 2011 Toyota Prius.

Autos in the U.K. have far higher average fuel economy, and the country has a dirtier power grid than the U.S. average.

“[Its] CO2 output will be no better than the physically larger 89-92g/km Toyota Prius and its 800+ miles range,” he explained. “It’s certainly not 'vastly less polluting' in my eyes”

Rose has a point. Consumers, bloggers and journalists need to accounts for the carbon generated by the electricity used to charge an electric car.

But so do those from extracting, refining, and transporting gasoline, something we've yet to find evidence that Rose does. That's hardly fair.

EDITOR'S NOTE: Rose contacted us to point out that he clearly identifies what he calls "Stage One" emissions in this post. They are, he writes, tailpipe emissions from vehicles and smokestack emissions from the power plants that recharge electric cars. While this is far from the conventional wells-to-wheels carbon analysis that includes carbon emitted by extraction, refining, and transport of petroleum fuels, as well as similar numbers for coal burned in power plants, Rose's post clarifies the discussion. 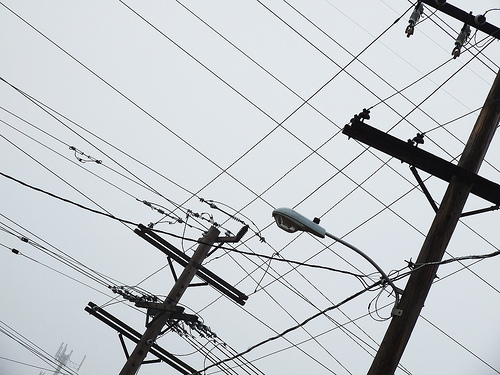 It isn’t Rose’s apparent dislike of electric vehicles that has him in hot water with electric-car fans, however. It’s his day job as an I.T. specialist at Toyota Financial Services.

His connection to the world’s largest automaker upsets many, leading to accusations that Rose is an advocate for Toyota paid to dismiss the electric vehicles of such competitors as Nissan and General Motors.

...just not that Toyota

But Toyota doesn’t just make cars. The large multinational automaker also operates a robotics firm and a financial services firm, among other subsidiaries. 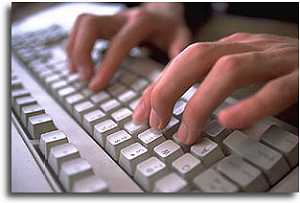 Operating almost independently from one another, all three combine under the Toyota brand, but have very little to do with one another on a day-to-day basis.

And while Toyota Financial Services offers customers financing and leases for new cars, it also operates a much large banking organization. With an estimated $30 billion in the bank and a triple-A-rated credit record, the firm has set its sights on becoming the next independent bank, offering everything from credit cards to mortgages and loans.

While he doesn't exactly make it obvious on his blog, Rose’s connections with Toyota Financial Services are there if you look for them.

That said, in the interests of full disclosure, Rose should consider modifying his biography to include that information in future.

EDITOR'S NOTE: Mr. Rose also wrote to point out to us that in the "About Me" page of his blog, he writes: "Note: This blog is all about me and the things that happen in my life. All the views expressed within are mine and do not necessarily reflect the opinion of my past, present or any future employer. It's maintained in my own time and remains my own intellectual property." We acknowledge that disclaimer, while noting that Mr. Rose also writes, "I work in an IT role" without identifying his employer.

What this story really reminds us beyond anything else however, is that the Internet a place where many different opinions are aired.

Journalists, bloggers, and paid lobbyists all occupy the same space.

One will report the facts, occasionally with some commentary on them. Another gives an opinion. And one will tell you whatever they are being paid to say.

For the record, we’re unconvinced Rose is anything more than a blogger who needs to be more up-front about his day job.

In fact, in his article on the Vauxhall Ampera, he makes some valid points about the range of 50 miles of electric-only driving per charge claimed by Vauxhall U.K. We'd agree that's a little high, when the EPA range for the identical U.S.-spec Volt is only 35 miles per charge.

But that aside, there’s only really one lesson to learn here: As readers, we have to examine what we read rather than accept it unquestioningly.