How far can a 2011 Nissan Leaf really go on a single charge? It’s a question we’re often asked, but one which is particularly difficult to answer since it relies on many different variables ranging from how fast the car is being driven to the temperature of the battery pack,  the weather, and even the weight of the passengers.

The answer is being sought by Nissan Leaf owners over at the mynissanleaf.com owners’ forum in a light-hearted challenge to see who can drive the furthest on a single charge.

It all started back in April, when a user by the screen name of edatoakrun wrote: “The longest drive I’ve seen reported by a Leaf on a single charge is 116 miles, far less than the maximum possible. I formally challenge those lucky enough to have Leafs in their possession to the contest.” 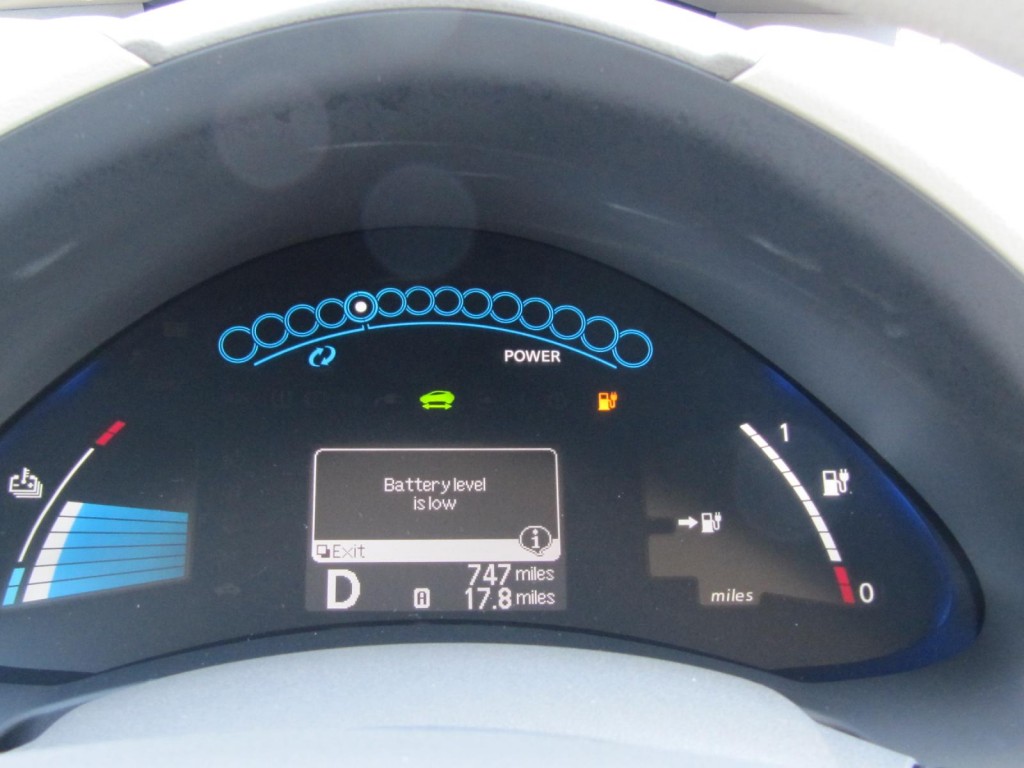 While we’ve personally covered 102 miles on a single charge and regularly undertake 80-90 mile with charge to spare in our own 2011 Nissan Leaf, we’ve never got near the 116.1 miles achieved by PluginCars’s writer Nick Chambers on a warm fall day in Nashville, Tennessee last year.

The light-hearted challenge laid down a few months ago hasn’t received a great flurry of interest, but it has attracted the attention of what we’d like to call hyper-rangers - people who use tricks from the hypermiling world to get the car to use as little energy as possible.

One enthusiast even suggested finding out how to turn off the Leaf’s center console and GPS system to ensure that as much of the battery power as possible was used to move the car along.

To get the very best hyper-range, those attempting to set the record will most likely over-inflate their tires, something which can help decrease the car’s rolling resistance and thus allow it to travel further on less energy, but simultaneously decreases handling and causes premature tire wear.

In order to save weight and keep energy consumption low, anyone attempting a range record is also likely to attempt it alone with all windows firmly closed and the air-conditioning off.  Oh, and they’ll also have to drive like that proverbial granny in her Mercury Grand Marquis. 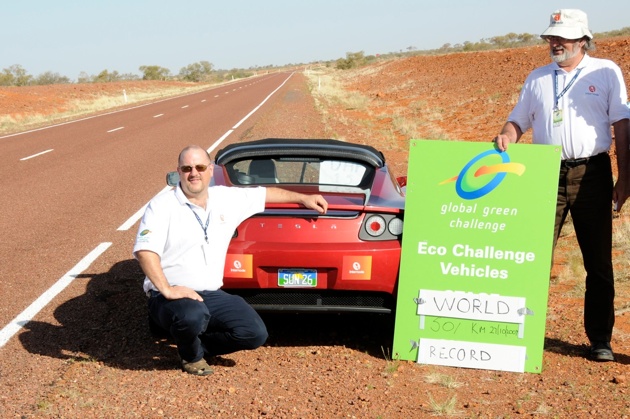 In other words - those attempting the record are unlikely to have a particularly enjoyable ride, as Tesla-owner Simon Hackett found out in 2009 when he set the world record for furthest distance travelled on one charge in a production electric car. During the attempt, Hackett and his co-driver drove in the blistering Australian outback heat with no air-conditioning - and the windows barely open.

On paper we think seeing just how far a car like the 2011 Nissan Leaf can go is a great idea, provided it takes place under fairly controlled conditions. After all, the Leaf is marketed in the U.S. as having an EPA approved range of just 73 miles, while in the U.K. it’s nearer 110, and in Japan it is listed as being able to travel up to 124 miles per charge.

Of course, differences in 'official range' is not due to manufacturing or specification changes in each country - it is caused by differences in the way each country tests cars for fuel economy. Theoretically then, we know that the Leaf should - under Japanese test conditions - be able to accheive 124 miles on a charge.

In reality though, trying to hyper-range in an electric car using extreme hypermiling techniques on public highways isn't perhaps the best idea since it can lead to all kinds of traffic chaos if you're driving slower than the traffic around you. Instead, we'd like to see such attempts reserved for special track-days or hypermiling events.

It also isn't of interest to most consumers - who are initially more interested in how far a car can get them at freeway speeds than how far they can drive using extreme eco-driving techniques - but we have to admit that maximum range curiosity has got us hooked.