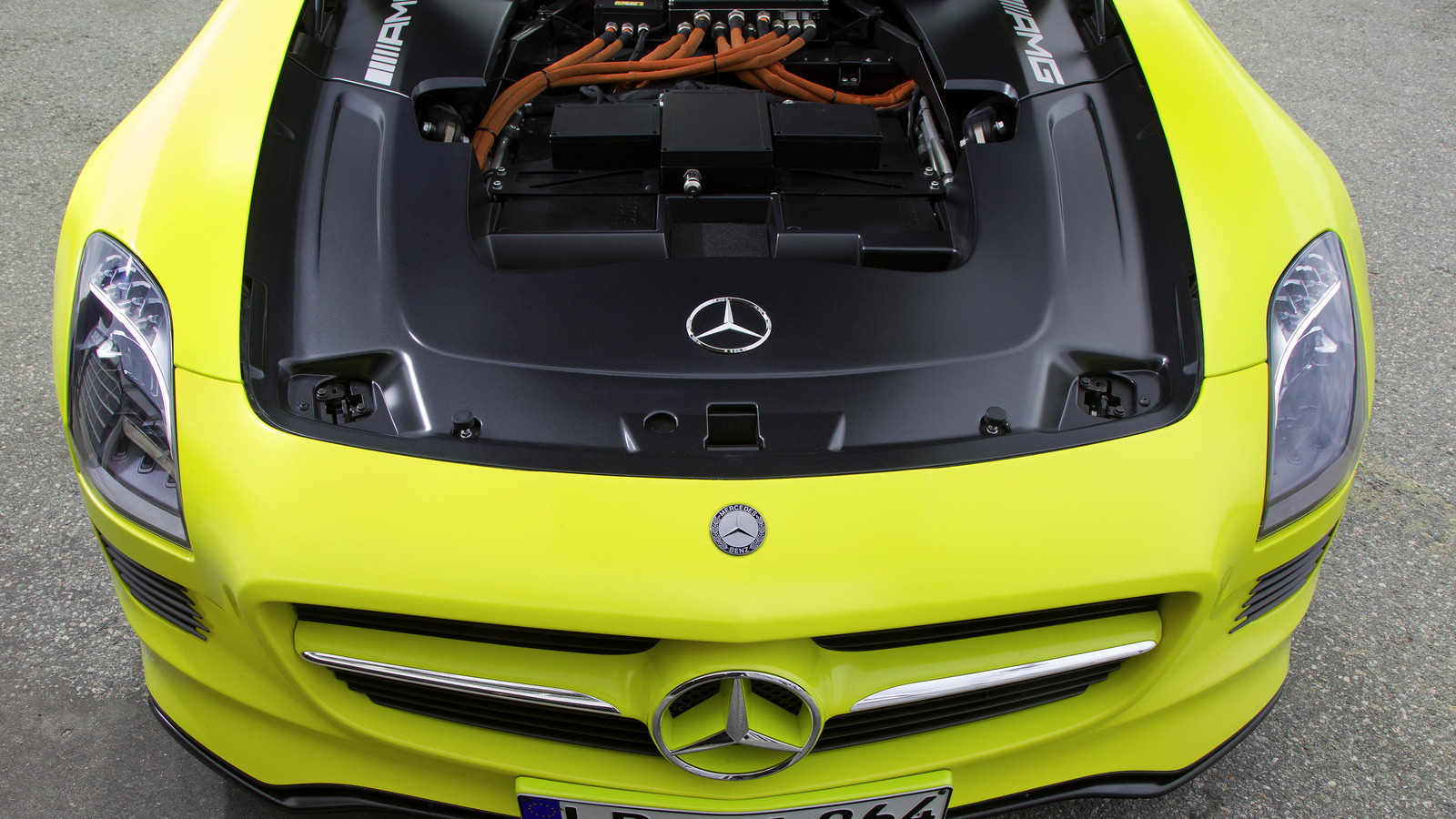 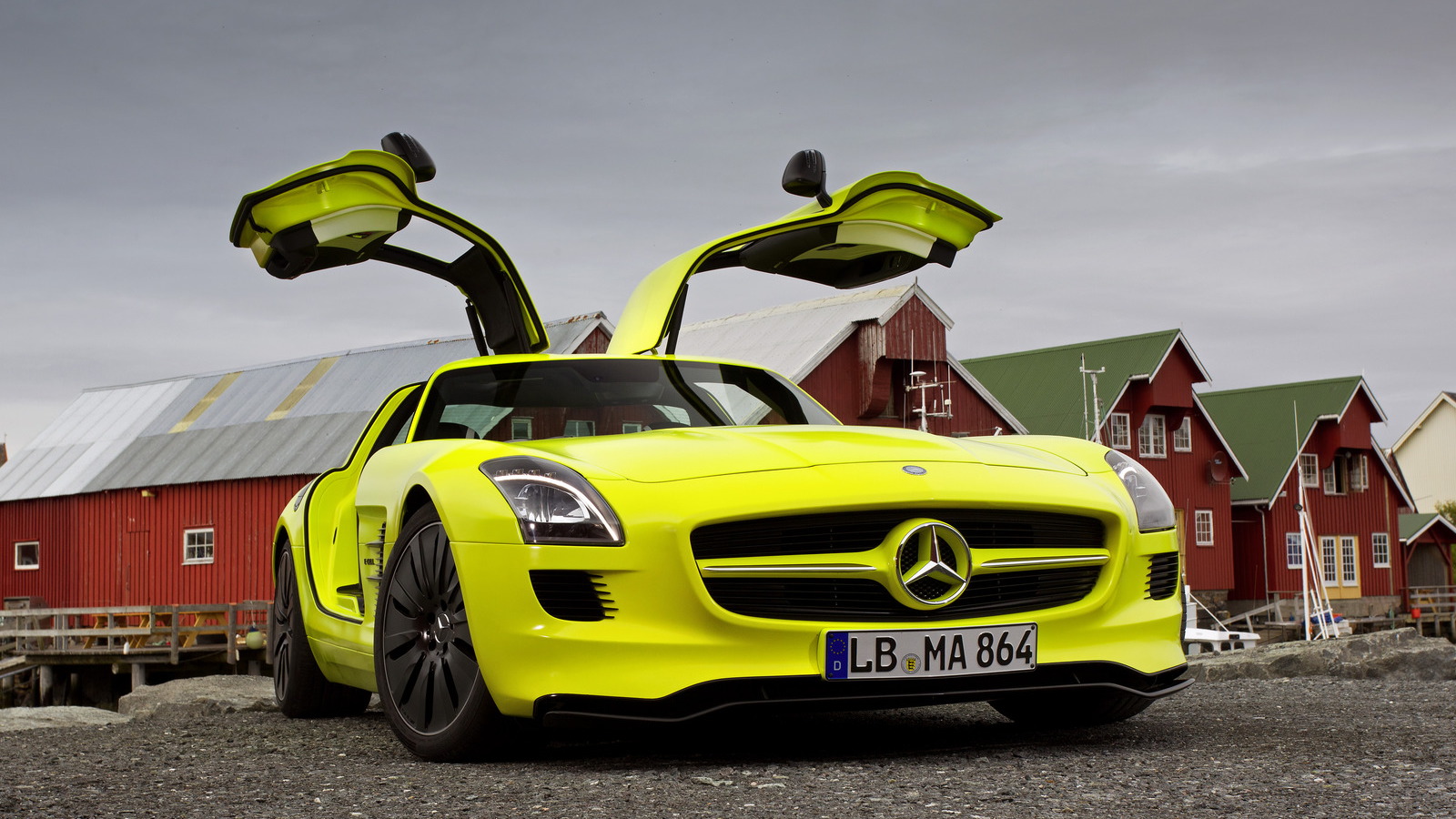 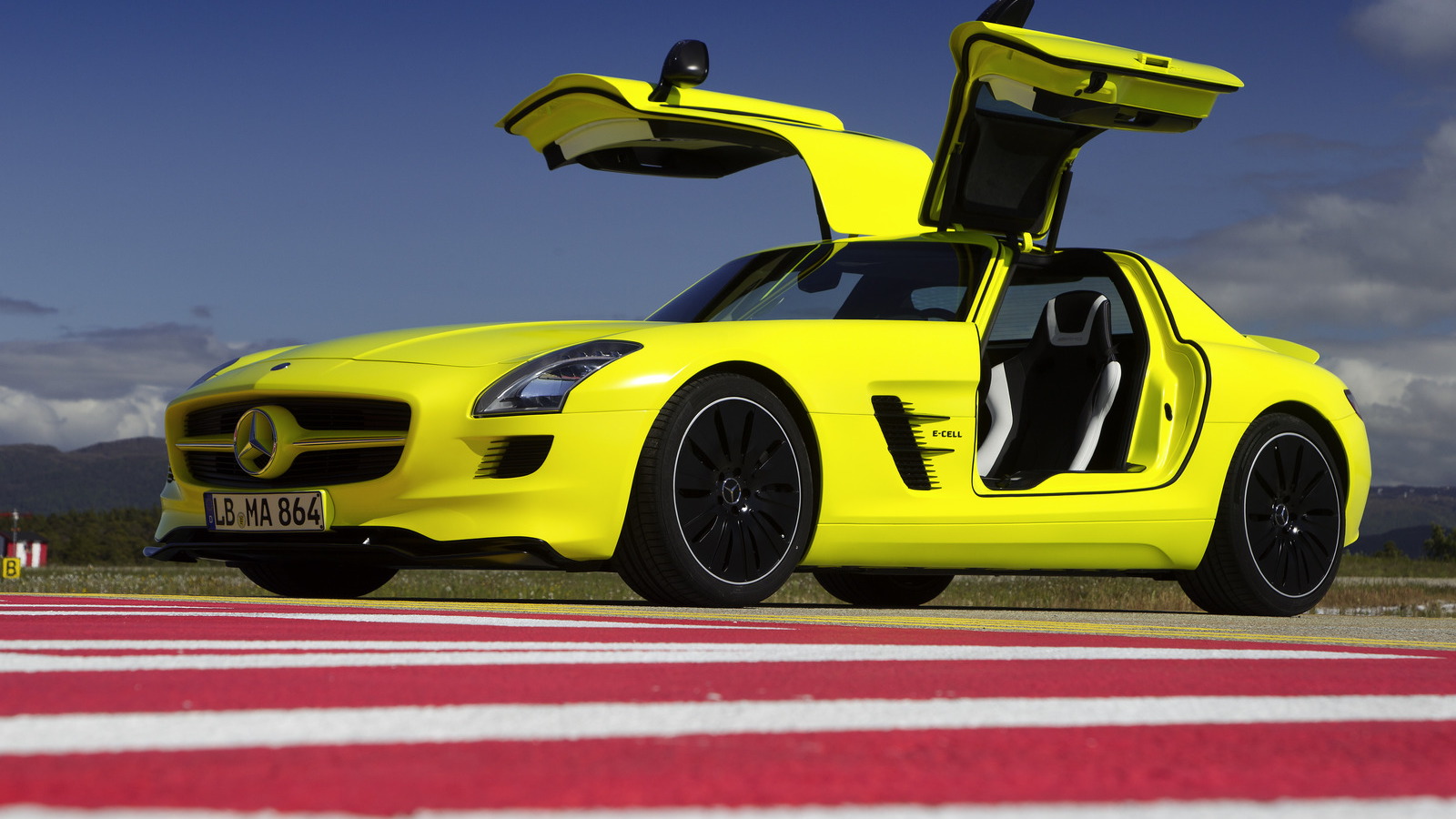 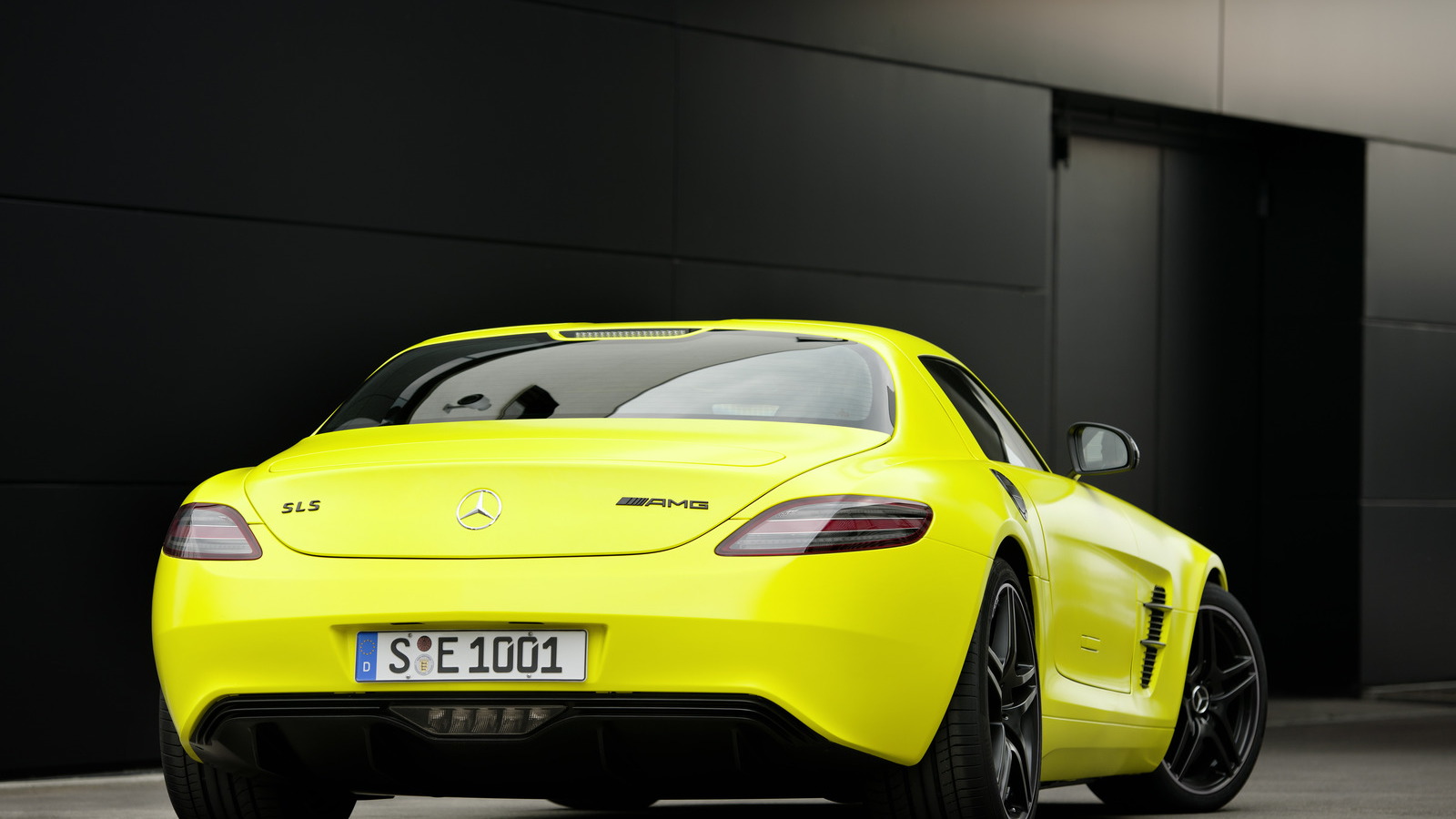 For decades, supercars were powered solely by gasoline. But now there's a new gang in town, and they've upended all the rules.

The newest, coolest, most jaw-dropping supercars will come with one feature no Ferrari or Maserati or Lamborghini or Noble or Aston Martin has ever had.

It's a charging cord.

Here are six supercars--one in production now, five on the way--that use electric power for some or all of their motive power.

Whether it's combined with a gasoline engine (three of them) or run from batteries alone (the other three), electric power alone motivates these cars at least part of the time.

They're meant to provide enough electric range (a minimum of 15 or 20 miles) to let them travel through "zero-emission zones" likely to be imposed in some European city centers. Paris, for instance, will test its first emission-based bans starting this fall.

Their wealthy owners will drive the last few miles to their downtown jobs electrically, with nary a tailpipe pollutant emerging, as long as their pricey two-seater is in electric mode. Then ... pure, unadulterated speed thereafter.

One's available now; the latest will arrive by 2014. Feast your eyes ... and start saving your pennies.

The Tesla Roadster is the father of them all. The small, crude two-seater came from a Silicon Valley startup carmaker, Tesla Motors, that startled the world's biggest automakers out of their complacency by building an electric car with supercar performance that was fun, even compelling, to drive.

And it didn't emit a single pollutant, because it had no tailpipe. The only way to get it to go was to plug it into the power grid.

Based in part on the Lotus Elise, the Tesla's 900-pound, 53-kilowatt-hour battery pack holds 6,831 commodity lithium-ion cells of the type used in mobile phones and laptops.

The 2011 Roadster Sport 2.5 model is the hot rod of the line, with a higher cost, extra features, and reprogrammed software to shave another two-tenths of a second off the 0-to-60-mph time, which is a mere 3.7 seconds.

Drive a Tesla Roadster once and you may become a convert to electric power. The sheer, unrelenting torque of the thing is that addictive.

The vibrant yellow of the car aside, the first all-electric car from the AMG in-house tuning shop of Mercedes-Benz looks similar to the 6.3-liter turbo V-8 powered SLS AMG.

That's the hot-rod version of the Benz gullwing-doored sports coupe that evokes perhaps its most famous and iconic sports car of the Fifties.

But the upcoming SLS AMG E-Cell tosses all that combustion engine stuff for a large lithium-ion battery pack and all-wheel-drive via two electric motors, one per axle. Total peak combined power is 392 kilowatts (525 hp), giving 0-to-62-mph acceleration of 3.9 seconds.

Its battery pack uses 324 large-format lithium-ion cells, a departure from the Tesla approach of using thousands of small commodity cells.

Currently scheduled to arrive in October 2013, the BMW i8 is the production version of a supercar concept first shown at the Frankfurt Motor Show in September 2009. The rumored price will be around $200,000.

On its release, the Vision Efficient Dynamics concept was said to offer "the performance of an M vehicle"--BMW's high-performance sub-brand--but with an all-new and radical powertrain.

In this case, it was a rear-mounted 163-hp, 1.5-liter three-cylinder turbodiesel engine that both powered the rear wheels through a six-speed dual-clutch transmission, in tandem with an electric motor.

The front wheels as well were powered by their own electric motor, and the car was said to offer a top speed of 155 mph and 0-to-62-mph acceleration of 4.8 seconds. Total power among the engine and motors is 356 hp, with a remarkable 590 foot-pounds of torque.

The i8 in concept form offered up to 31 miles of electric range, achieved by overnight recharging of its lithium-ion battery pack.

It is one of the two first cars from BMW's new "i" sub-brand for low-emissions vehicles, the other being the i3 carbon-fiber all-electric urban car that will debut around the same time.

Just as BMW has its "i" sub-brand, Audi now has "e-Tron" (although the word unfortunately means something quite rude in French).

Starting with the Audi e-Tron concept launched at the autumn 2009 Frankfurt Motor Show, the label has now expanded to an entire range of concepts--some of which will go intro production.

They include the A1 e-Tron Wankel-engined plug-in hybrid subcompact, the A3 e-Tron compact sedan, an A5 e-Tron coupe, and a pair of sports cars.

The car likely to be built first is the original, an all-electric sports car. It's a conversion based on the R8, a supercar itself when fitted with the most powerful V-10 engine. The Audi R8 e-Tron is conceptually similar to the SLS AMG E-Cell, which followed it half a year later on the show circuit.

But its specs are surprisingly similar to those of the Tesla Roadster Sport: a 53-kilowatt-hour lithium-ion battery pack mounted behind the seats, producing 0-to-62-mph times of just under 4.0 seconds. Even the top speed is limited to 124 mph, as is the Tesla's.

Differences include the use of four electric motors, a pair each for the front and rear axles, to provide an electrically modulated version of Audi's trademark all-wheel-drive. And, of course, the e-Tron is a coupe, not a roadster.

Like the rest of this flurry of plug-in sports cars, the e-Tron is likely to arrive as a 2014 model in the fall of 2013.

Not any longer, though: Jaguar has one-upped the crew from Zuffenhausen with their C-X75 (below), of which only a quarter as many copies will be made (250 vs. 1,000) and which will cost at least 50 percent more.

The Porsche, however, may prove equally appealing, and it has the added benefit of a soft top, for those who desire uber-green wind-in-the-hair high-speed motoring.

The 918 Spyder plug-in hybrid concept landed at the 2010 Geneva Motor Show and pretty much stole the show. Who'd have imagined that Porsche would produce such a high-performance sports car that also plugged in?

That concept featured a high-revving V-8 engine with a displacement of more than 4.0-liters and output of 500-plus horsepower, matched to a seven-speed dual-clutch transmission.

Each axle has an electric motor as well; the rear motor contributes torque in parallel with the engine, the front powers the other pair of wheels independently. Together, the pair of motors add another 218 horsepower to the car's total output.

Like other plug-in supercars, the 918 Spyder can run in all-electric motor (up to 16 miles on a charge), using just one motor powered by the lithium-ion battery pack.

Porsche is now doggedly promoting its role as the brand on the world's first hybrid car, the Semper Vivus, a replica of which the company built and showed off at last month's New York Auto Show as it launched the more prosaic 2012 Porsche Panamera S Hybrid.

Deliveries of the far sexier 918 Spyder will start in October 2013.

Surprisingly small, but every inch a modern Jaguar sports coupe, the C-X75 was a plug-in hybrid that used a pair of axial microturbines to turn a generator that flowed current to the the electric motors that powered the car's wheels.

The compact turbines allowed the entire car to be smaller and lighter, which may prove to be a challenge for Jaguar's engineers now that the company has announced that the car will go into limited production in 2013. Very limited, at just 250 copies ever built.

The turbines, you see, won't be used in the production car. They are still relatively far from production, with the ones in last fall's concept car being only mockups to show what they might look like if they were to be developed (a point Jaguar elided in its press materials).

The production car will thus end up as a more conventional plug-in hybrid, using a small combustion engine--very possibly the three-cylinder, 1.2-liter Lotus Range Extender engine-generator set with which Jaguar has experimented--along with a plug-in lithium-ion battery pack.

The car is expected to offer three separate modes for driving: pure electric (up to 30 miles of range), a parallel hybrid mode in which the engine and electric motors each deliver torque to various wheels, and a track mode where performance of both power systems is maximized.

Jaguar quotes a 0-to-60-mph time of less than 3.0 seconds in track mode, along with 0 to 100 mph in less than 6.0 seconds and a top speed over 200 mph. Given the limitations of the battery pack, though, it likely won't be able to sustain those speeds for more than a few minutes at a time.

The car, which will carry a new model name on introduction, will be priced to reflect its exclusivity. Initial estimates are perhaps £750,000 (approximately $1.2 million).

For our money, though, it's the prettiest of all six electric supercars. And who can put a value on that?