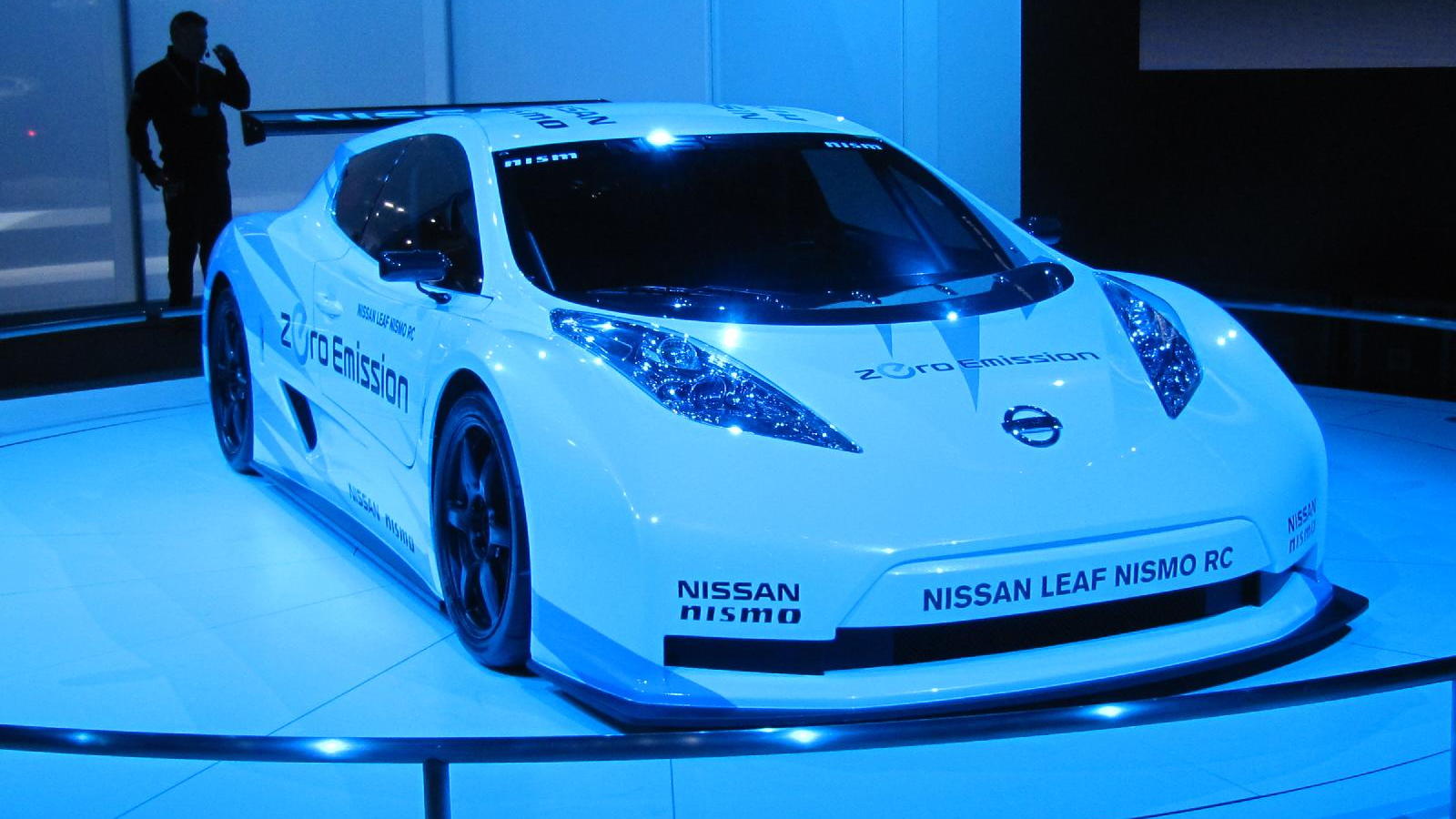 Blue light bathed the concept car in the corner before Nissan launched its 2012 Versa sedan at the 2011 New York Auto Show today.

The images were so striking we thought we'd bring you a photo gallery of Nissan's electric race-car concept, just so you can see it from all angles, looking like nothing so much as a nightclub display.

The Nissan Leaf Nismo RC Concept, to nod to its full name, is a rear-wheel-drive version of the 2011 Nissan Leaf electric car that's been heavily modified for racing.

The Leaf Nismo RC concept is powered by the same 24 kilowatt-hour battery pack used in the 2011 Leaf, mounted centrally for better weight distribution and track handling. 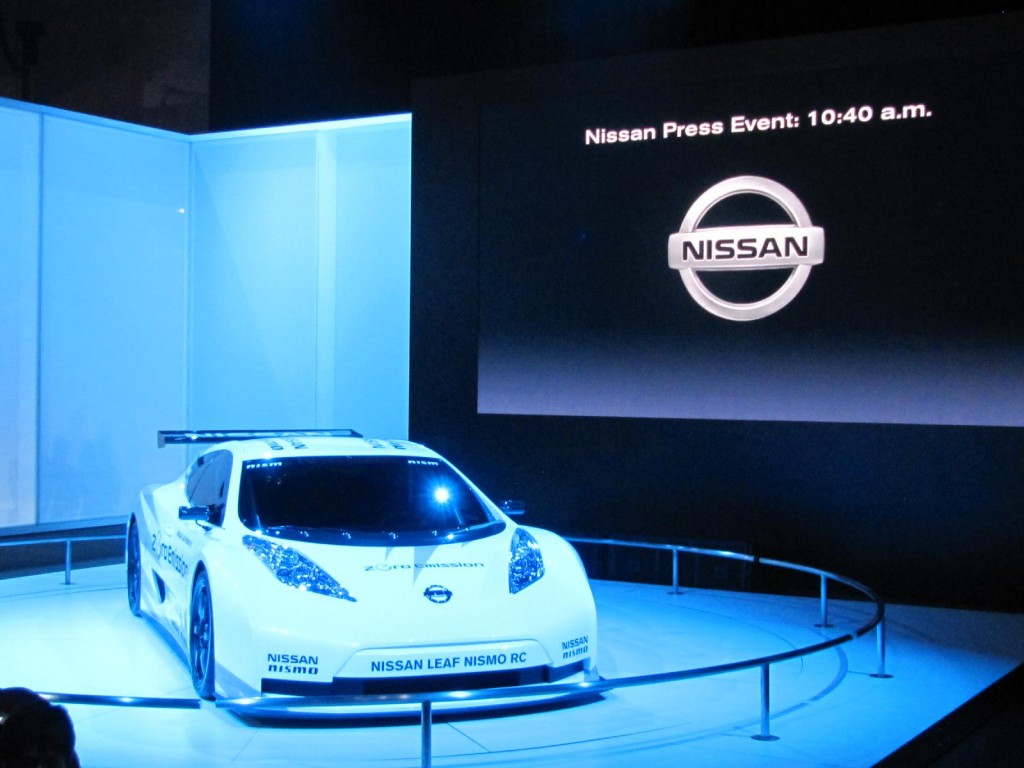