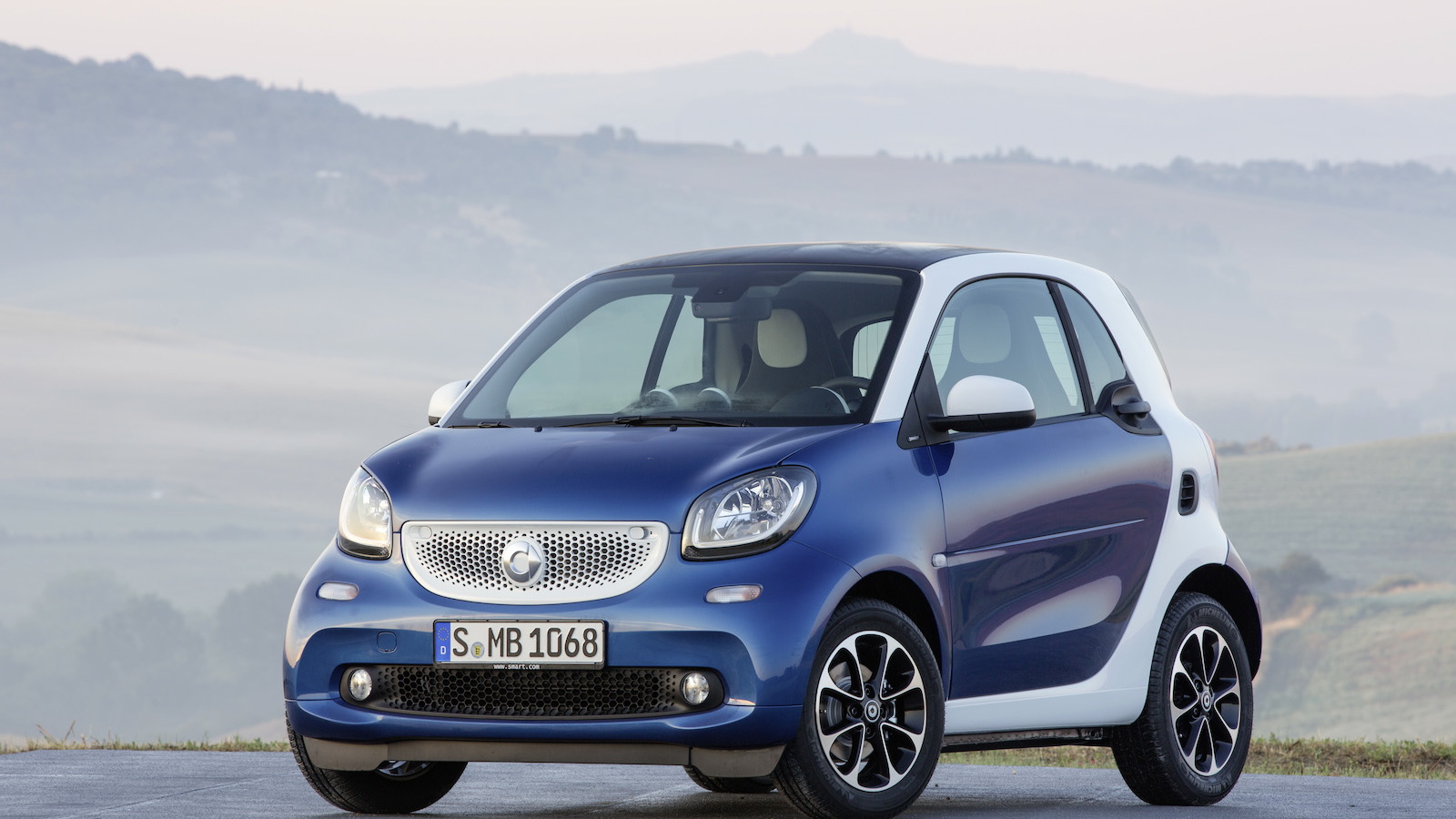 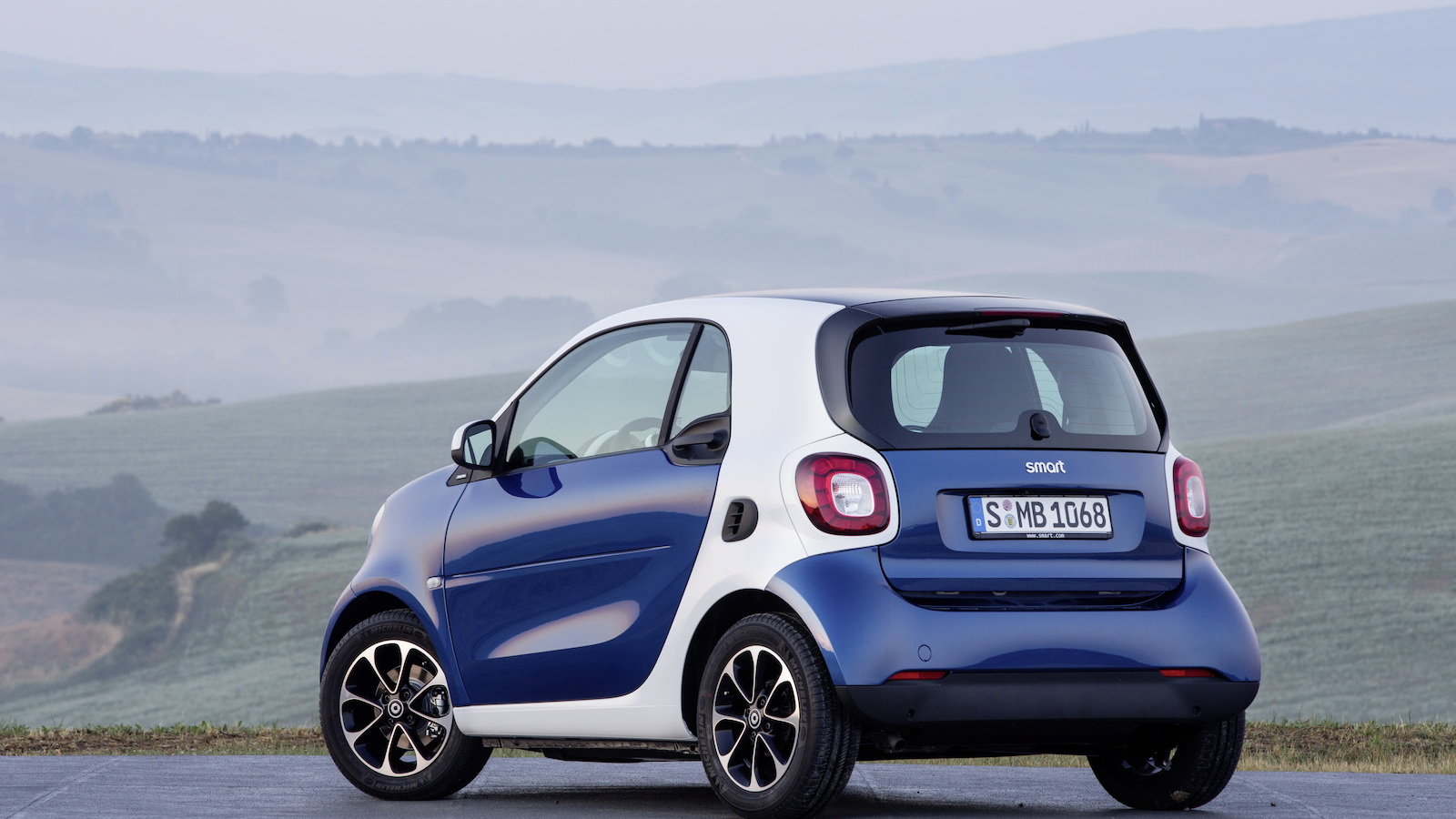 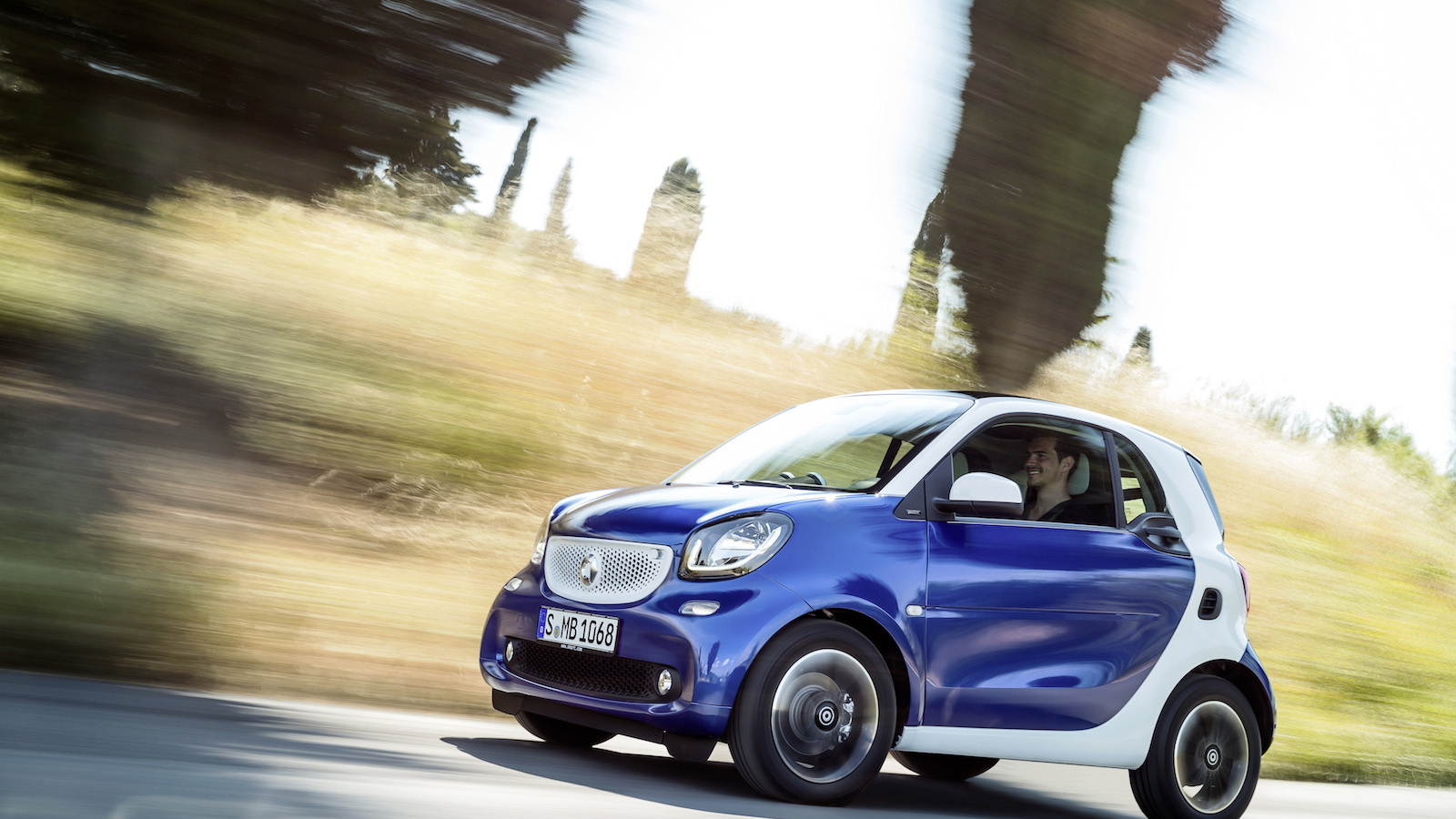 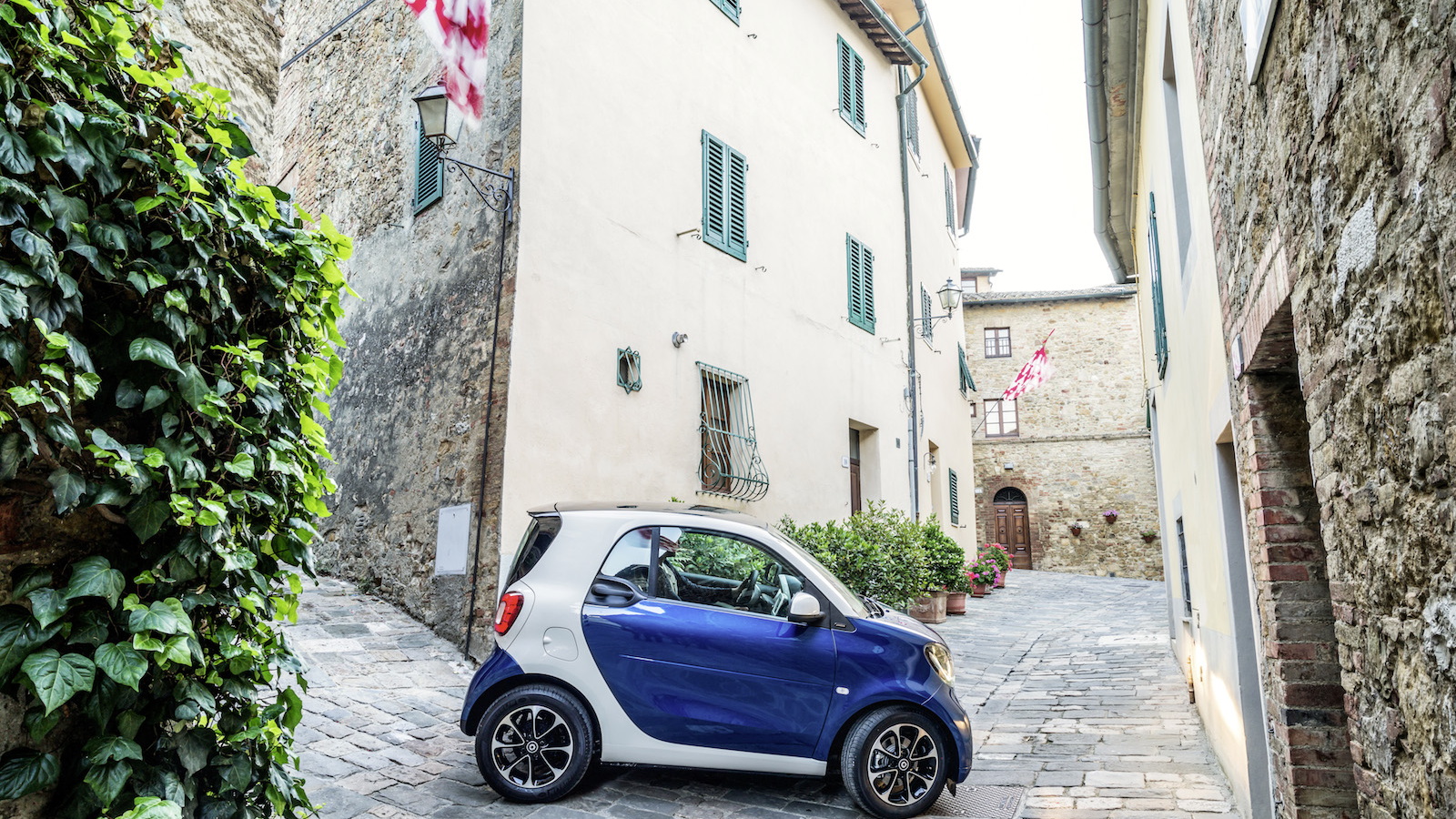 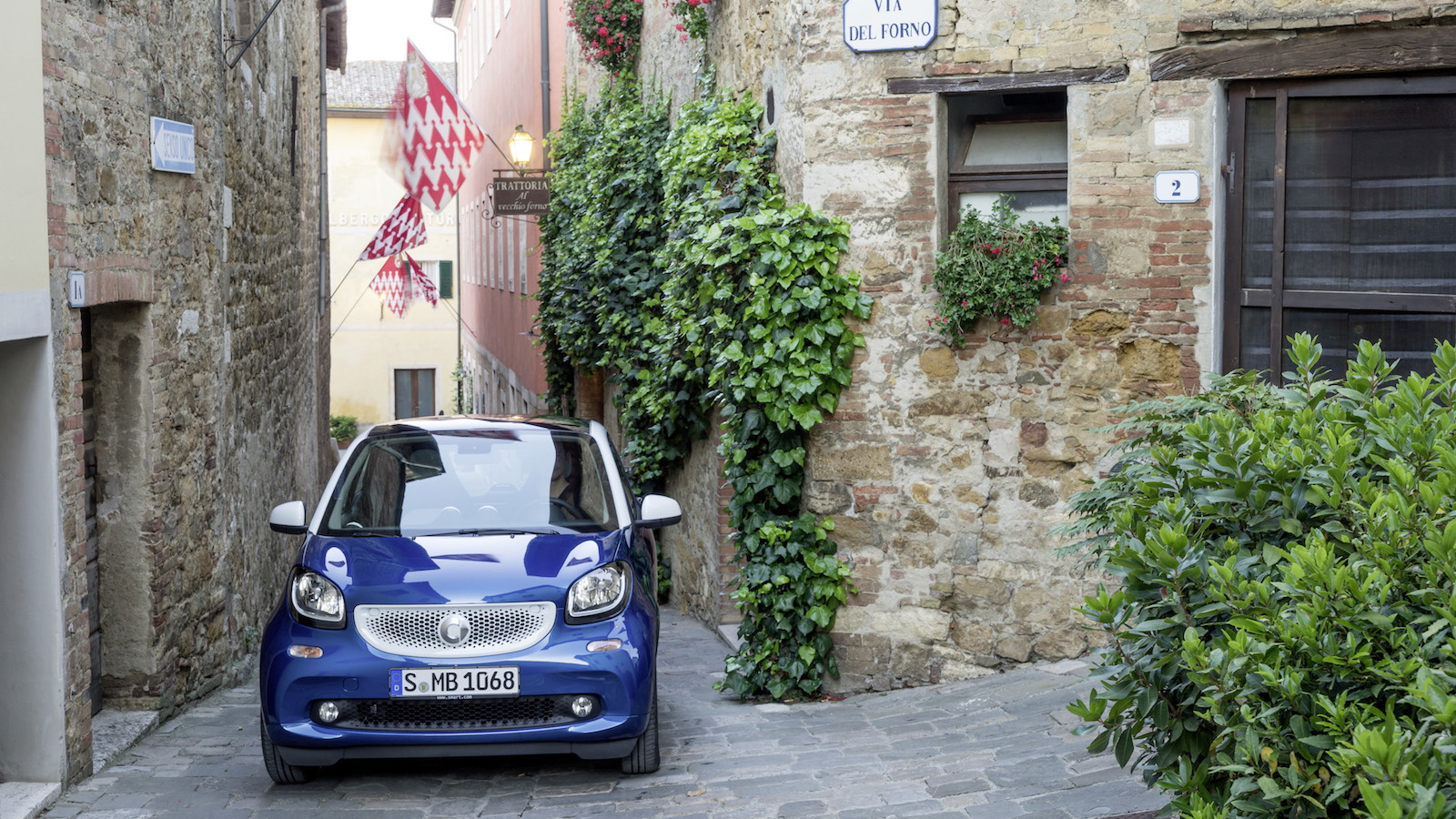 You’ll have to wait another six to eight months before you’ll find it at U.S. dealerships.

On the other hand, if it’s the next generation of the all-electric Smart Fortwo Electric Drive (ED), you might not want to hold out for the new body style.

A redesigned electric version in the new body style isn’t coming this year, and it might not arrive until near the end of 2016.

And in the meantime, Smart will continue to sell the Electric Drive, in the older (current) body style.

Smart USA general manager Mark Webster confirmed to us this past week that the gasoline versions of the redesigned 2016 Smart Fortwo will go on sale here in late summer of this year. Then the Electric Drive will follow more than a year later, which would make them 2017 models.

That will leave both new-generation and old-generation Smarts for sale simultaneously. But with Electric Drive models taking up about a quarter of Smart’s U.S. sales totals—even more in West Coast cities—and strong sales of the electric model even as gas prices have plunged in recent months, it’s not a model that makes sense to drop from the lineup until there’s a direct successor.

“Even with gas prices the lowest in four or five years, the EV sales throughout the year were very consistent,” said Webster. “Some people were buying them because they like electric vehicles, and they liked a smart car.”

Webster said that the cost savings aren’t the top priority for Electric Drive buyers. “They’re not buying them just because they’re spending less money on fuel,” he said.

“We’ve surveyed our electric vehicle owners, and we commonly hear that they would buy it again, they would do it all again,” said Webster. “It’s not just an economic thing, it’s that they enjoy it—an emotional reason.”

Smart is definitely not downplaying the Electric Drive in the meantime; its stand at the Detroit Auto Show was centered around displays of the current-generation ED.

The debut of the U.S.-spec 2016 Smart Fortwo, in gasoline form—with full details like fuel economy, pricing, and specs, to be released then or shortly thereafter—will be at the New York Auto Show in April. And as CEO Annette Winkler confirmed to us in an interview at the show, the later launch of the Fortwo in America is due to final testing and tuning of the model's all-new dual-clutch automatic transmission.

Although both Webster and Winkler deflected our questions on what we might see in the next Electric Drive, Webster chimed in: “How many other companies can say that they’re already working on their fourth generation electric car?”

He has a point. The next-generation Electric Drive is actually Smart’s fourth separate iteration of the Fortwo with an electric powertrain—and can expect a significant advancement in all the qualities and numbers that matter to electric-car fans.

Check back here for all the latest—including full details and driving impressions as soon as they’re available—both for the U.S. version of the 2016 Smart Fortwo and the 2017 Smart Fortwo Electric Drive.