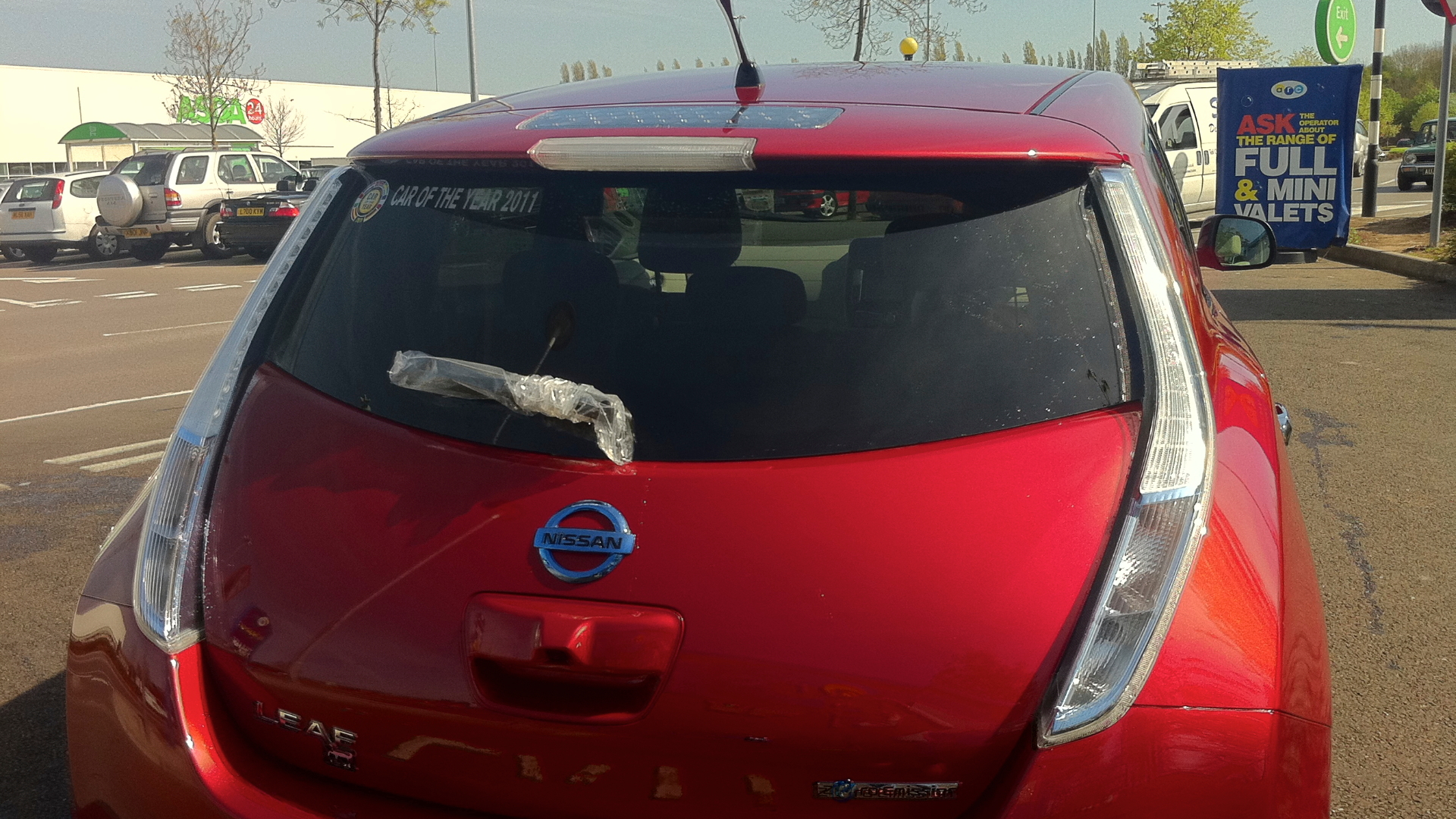 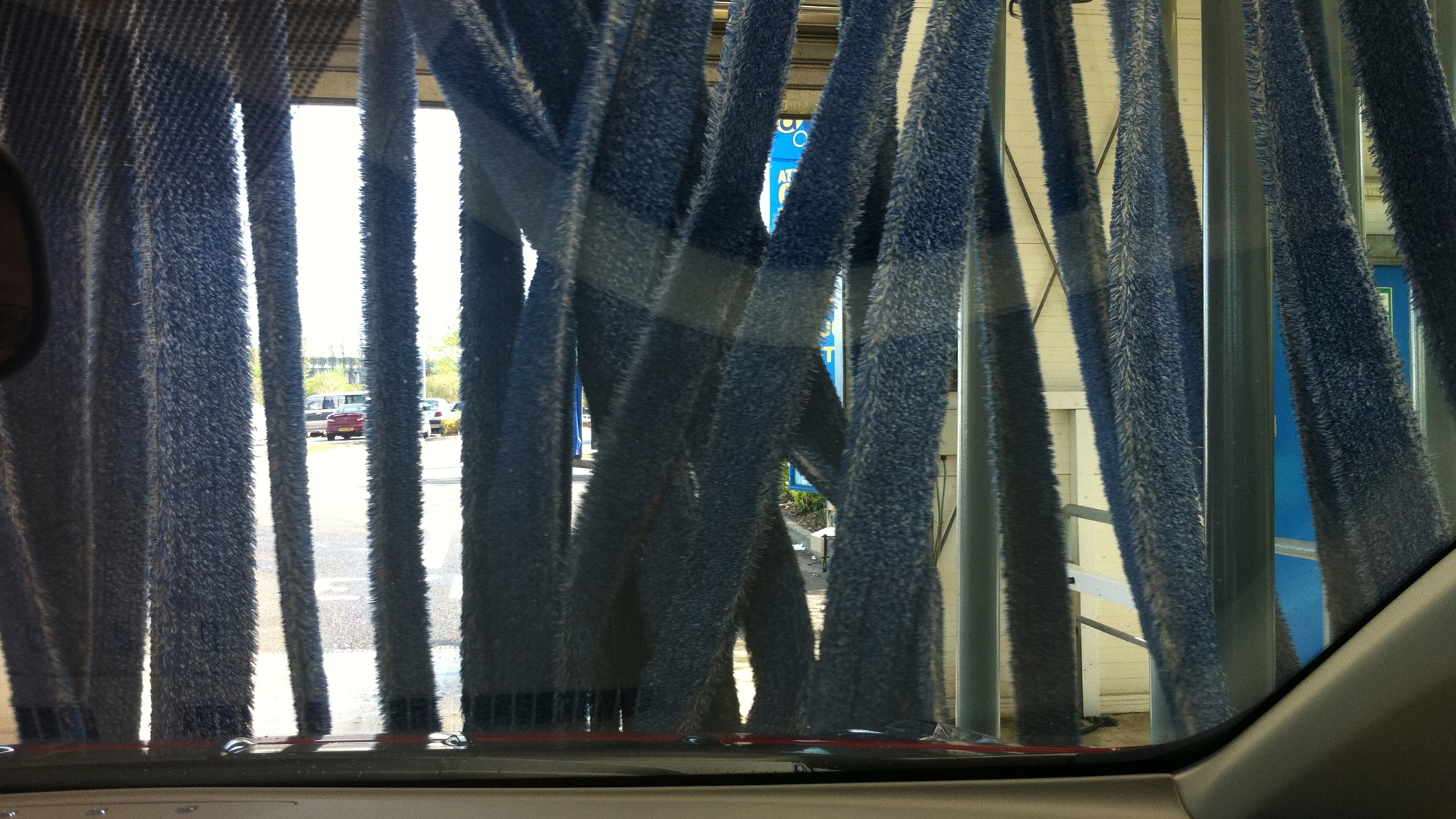 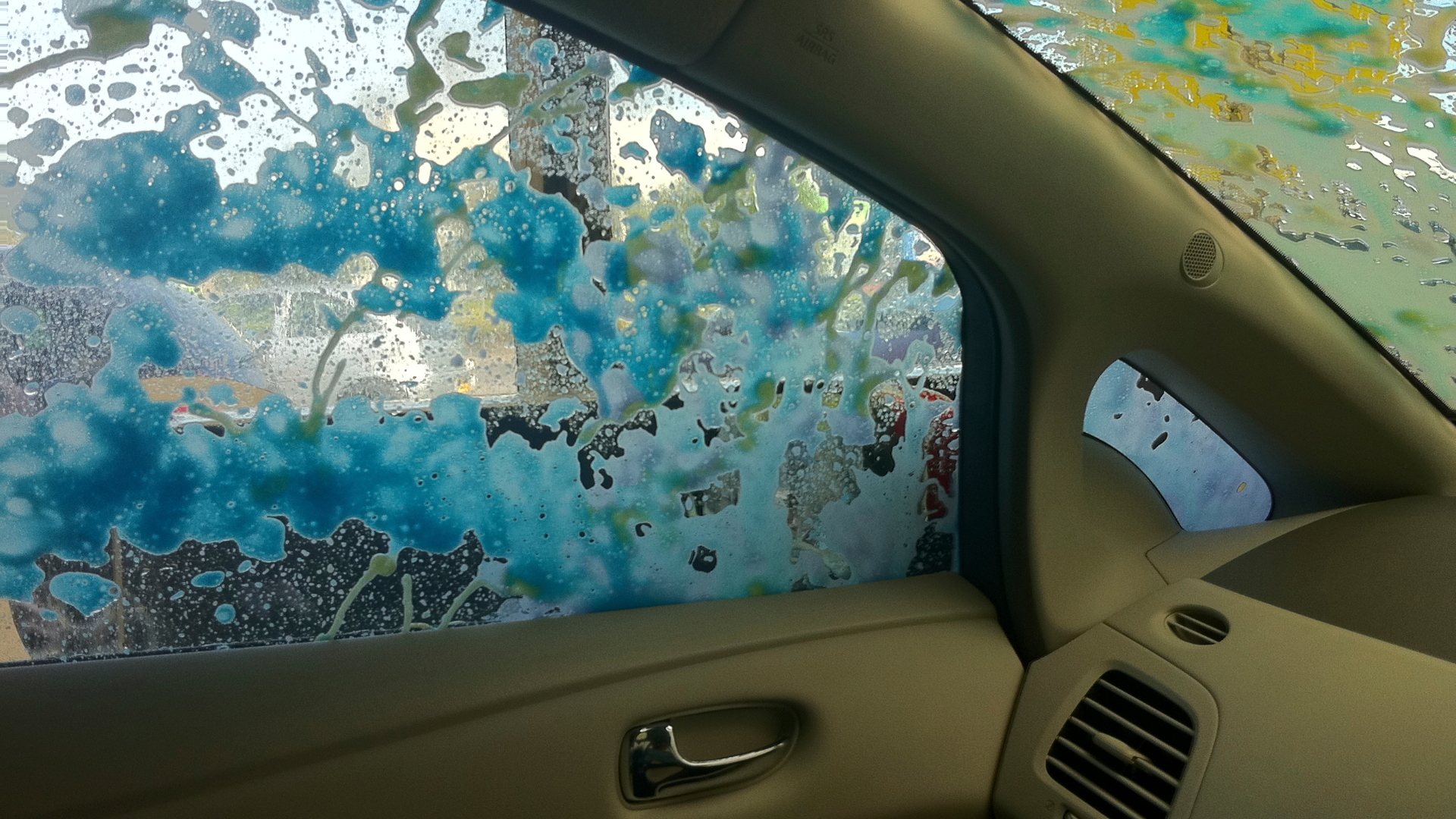 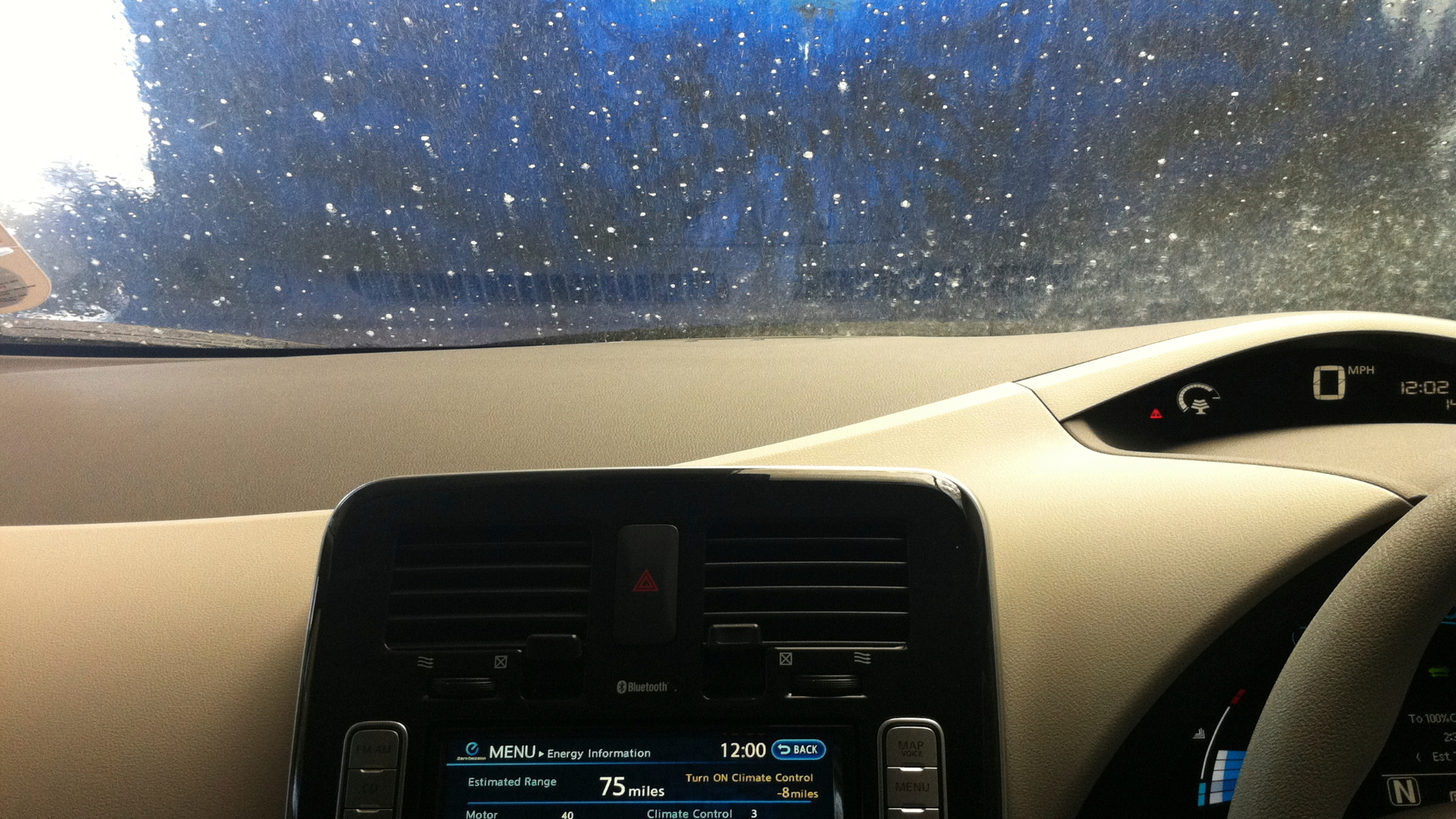 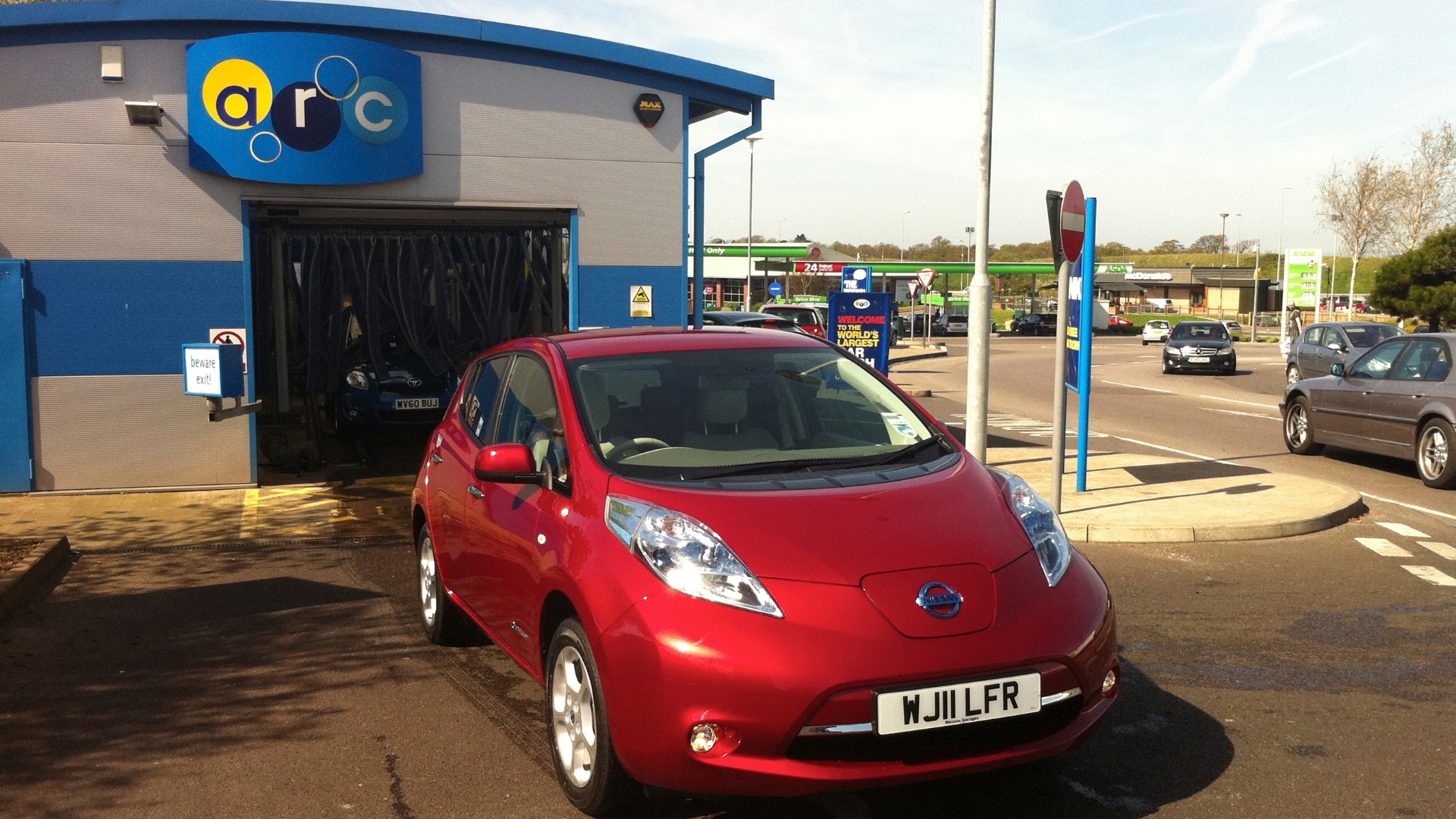 We’ve talked before about how all major electric cars on the market today have to undergo just as rigorous a water testing as their gasoline counterparts.

But just like the many people who ask us on a weekly basis what happens when electric cars meet water perhaps there’s a voice somewhere that says the automakers are wrong.

After all, your science teacher told you water and electricity don’t mix, right?

So, in order to settle the debate once and for all we decided to put our own 2011 Nissan Leaf through the high-water pressure trauma that is the local drive-thru car wash.

Rolling up to the wash on a busy Saturday afternoon, we took our place in the queue with everything from large SUVS to family hatchbacks. And we waited.

Pulling up to the attendant and manager of the carwash the magnitude of what we were facing was reinforced by unsubstantiated yet shockingly common misconceptions about the car.

“Is that a hybrid?” he asked, noticing the zero emissions badge on the door of the Leaf. His verdict was swift and typical. “It’s electric? Fully electric? You don’t want to bring that in here. It could blow up!”

After a short conversation with us in which we agreed to accept any liability in case of being fried alive by the powerful traction battery short-circuiting, he agreed to let us in. Given the torrent of cars waiting to enter the car-wash, we were surprised he was willing to discuss it for such a long time - but perhaps the thought of the potential insurance claim was too much to bear.

Choosing $15 premium wash and removing the leaf’s stubby aeriel, we sat and waited for the cleaning to begin.

All the time, the Leaf attracted more attention. People were starting to point. Some laughed. Others stood by, one finger poised to call the emergency services.

Treated to a quartet of pre-wash attendants (such was the apparent humor and disbelief that an electric car driver was being stupid audacious enough to use the car wash) the car was attacked from all sides with a firing squad of pressure washers and the softest of brushes.

Lining the car up with the automatic conveyor belt inside the wash we caught one last sight of the bemused faces of the attendants and vanished into a sea of triple-colored foam.

Keeping the car on but in neutral, we sat back and let the car wash do its thing.

We should probably note at this point that the car wash we chose has a bit of a reputation. Over the past few years it has been responsible for inducing leaks in everything from a Volvo 240 station wagon to a Ford Focus. It has also claimed a fair number of smashed windows, dislodged spoilers and broken mirrors.

Yet our journey carried on regardless. Onwards to the fast-rotating brushes, the under-body wash and the rinse, both car and occupants remained in working condition.

By the time we reached the wax application and blow-dry stage we were home dry. No burning smells, no flashing lights and no puddles.

Pulling out of the carwash and back onto the road there wasn’t an issue at all.

Who’d have thought it? An electric car designed to be driven anywhere in all weathers?