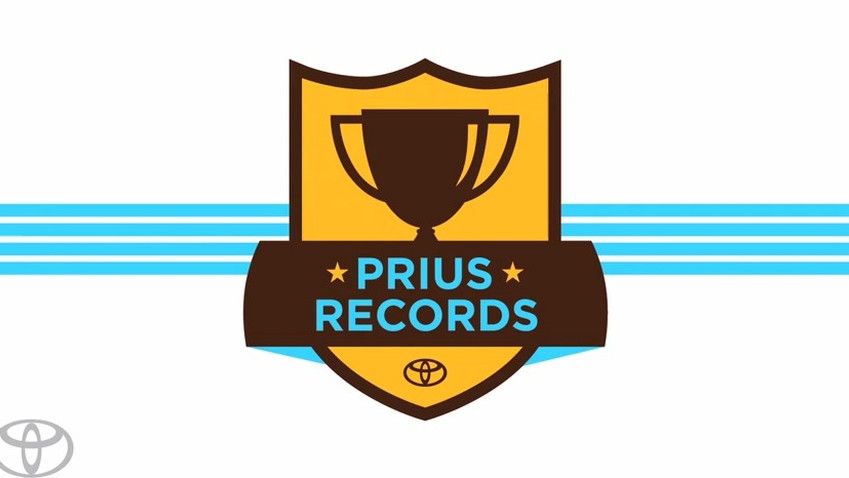 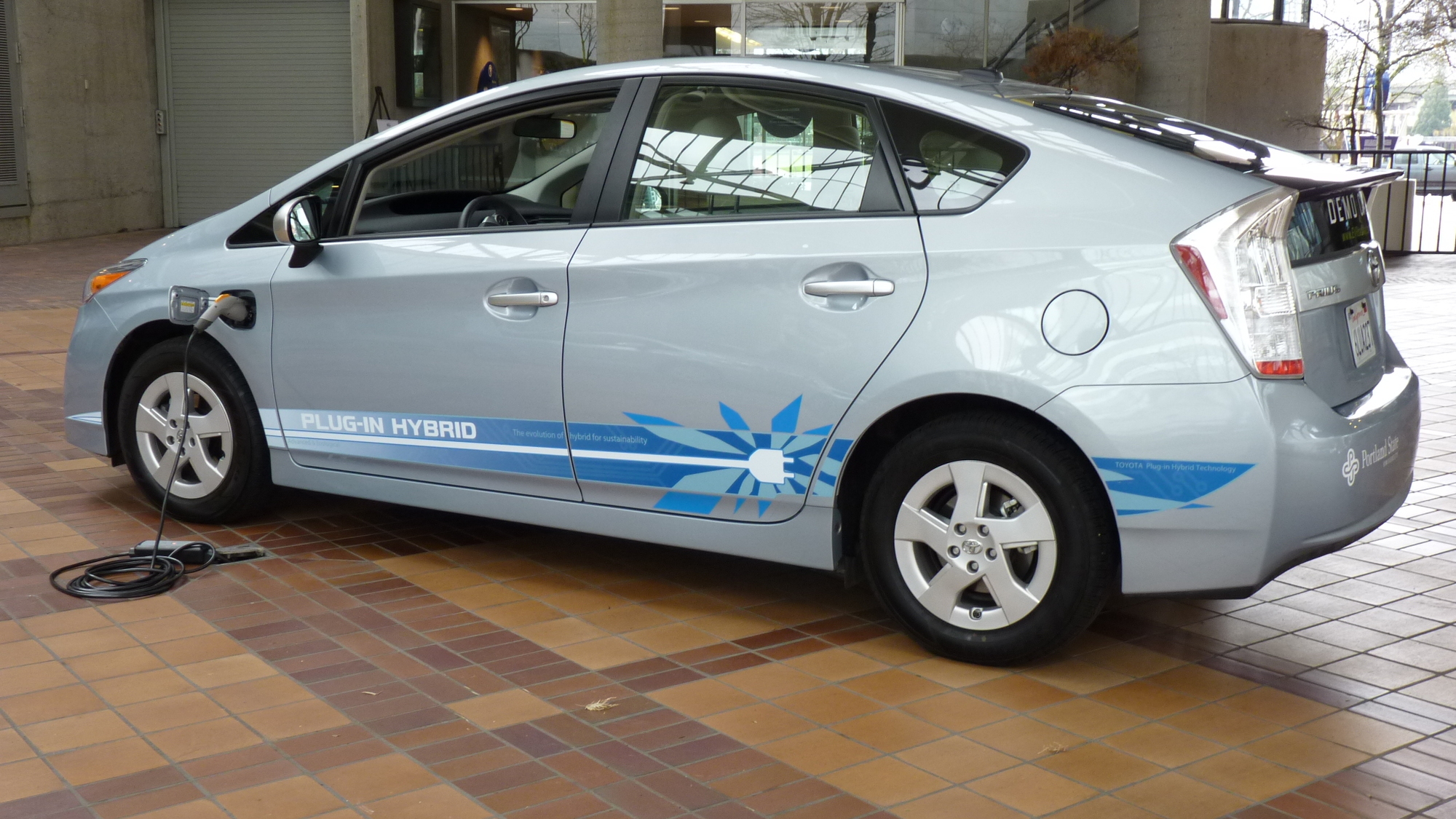 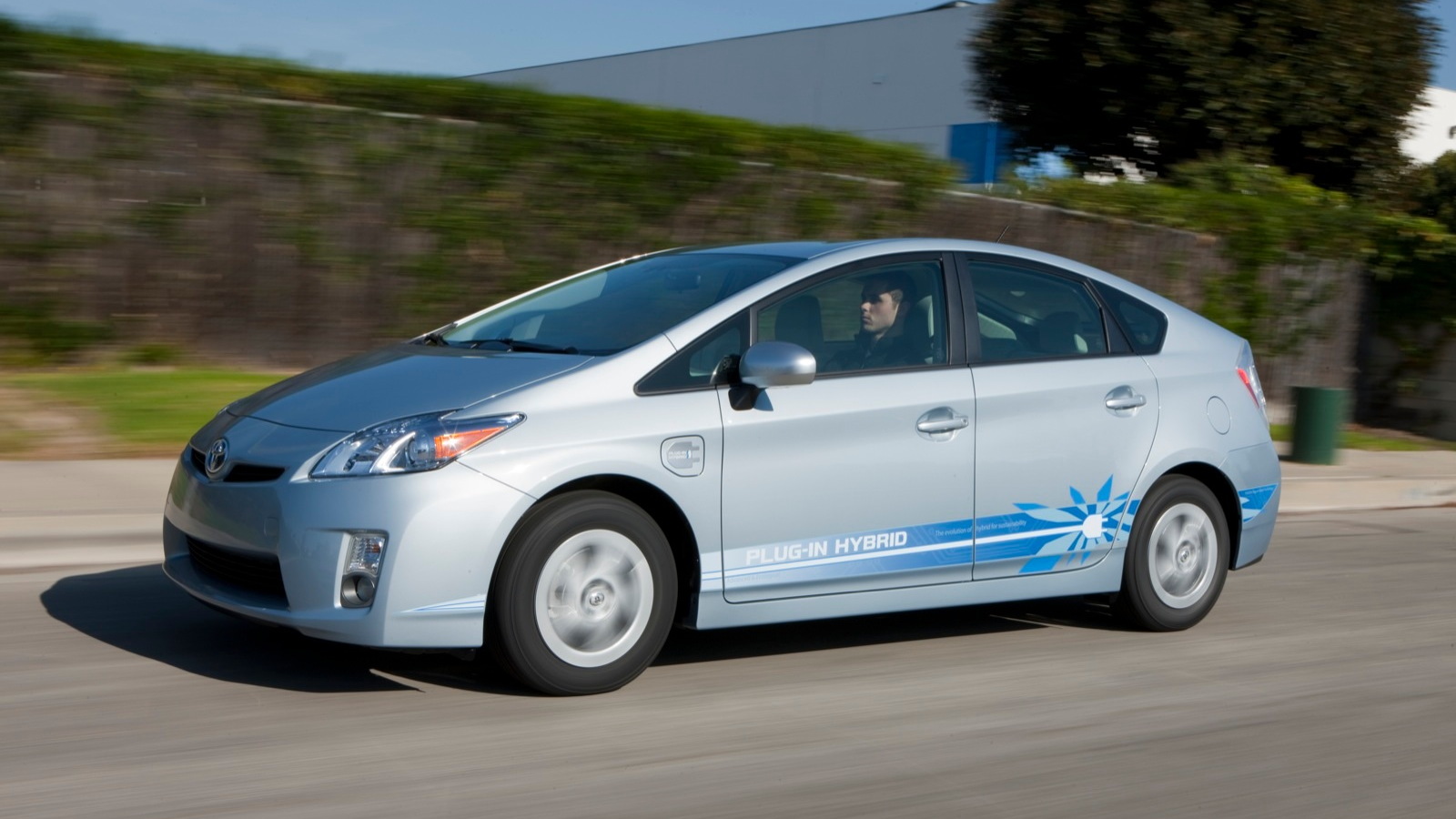 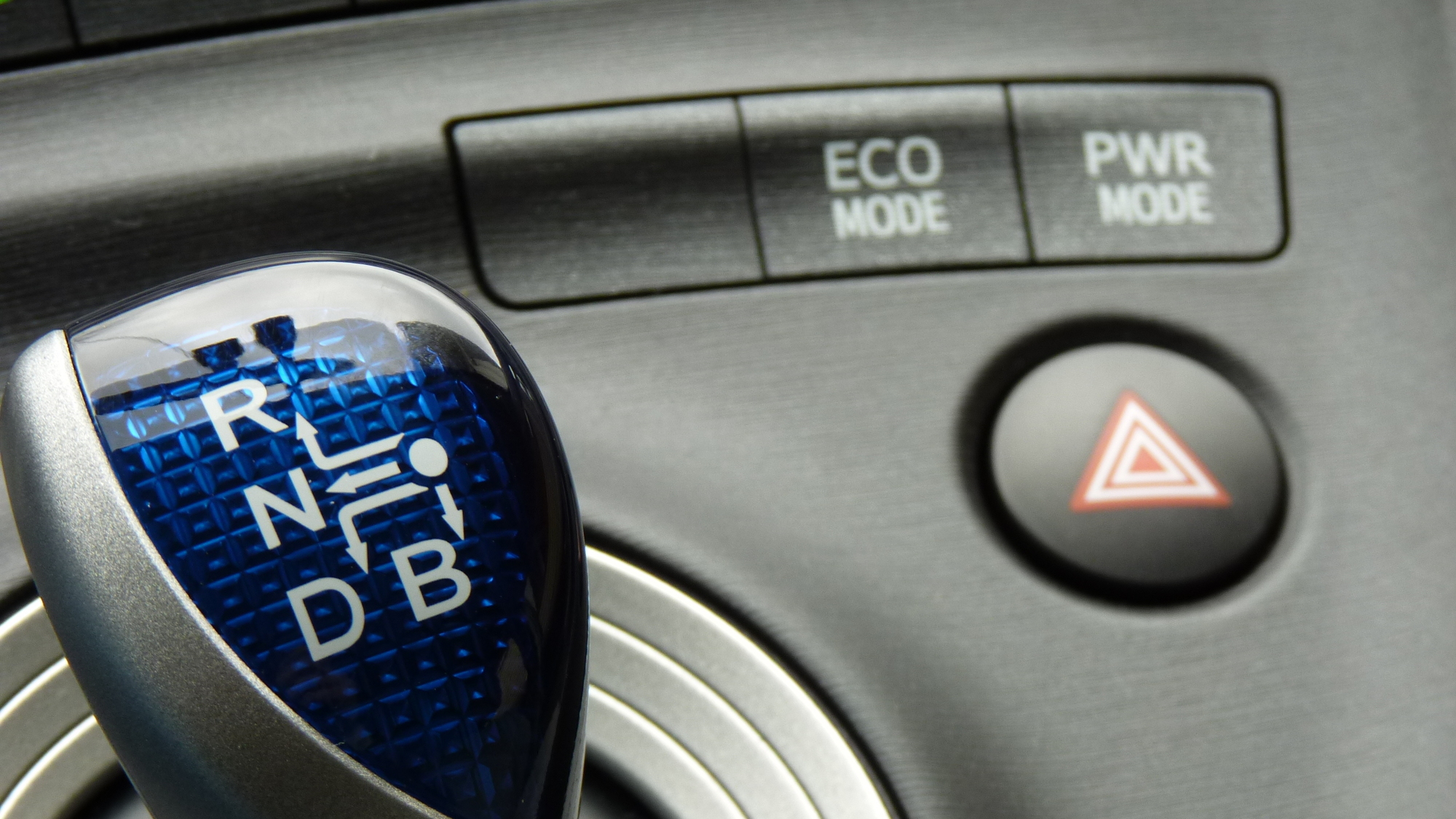 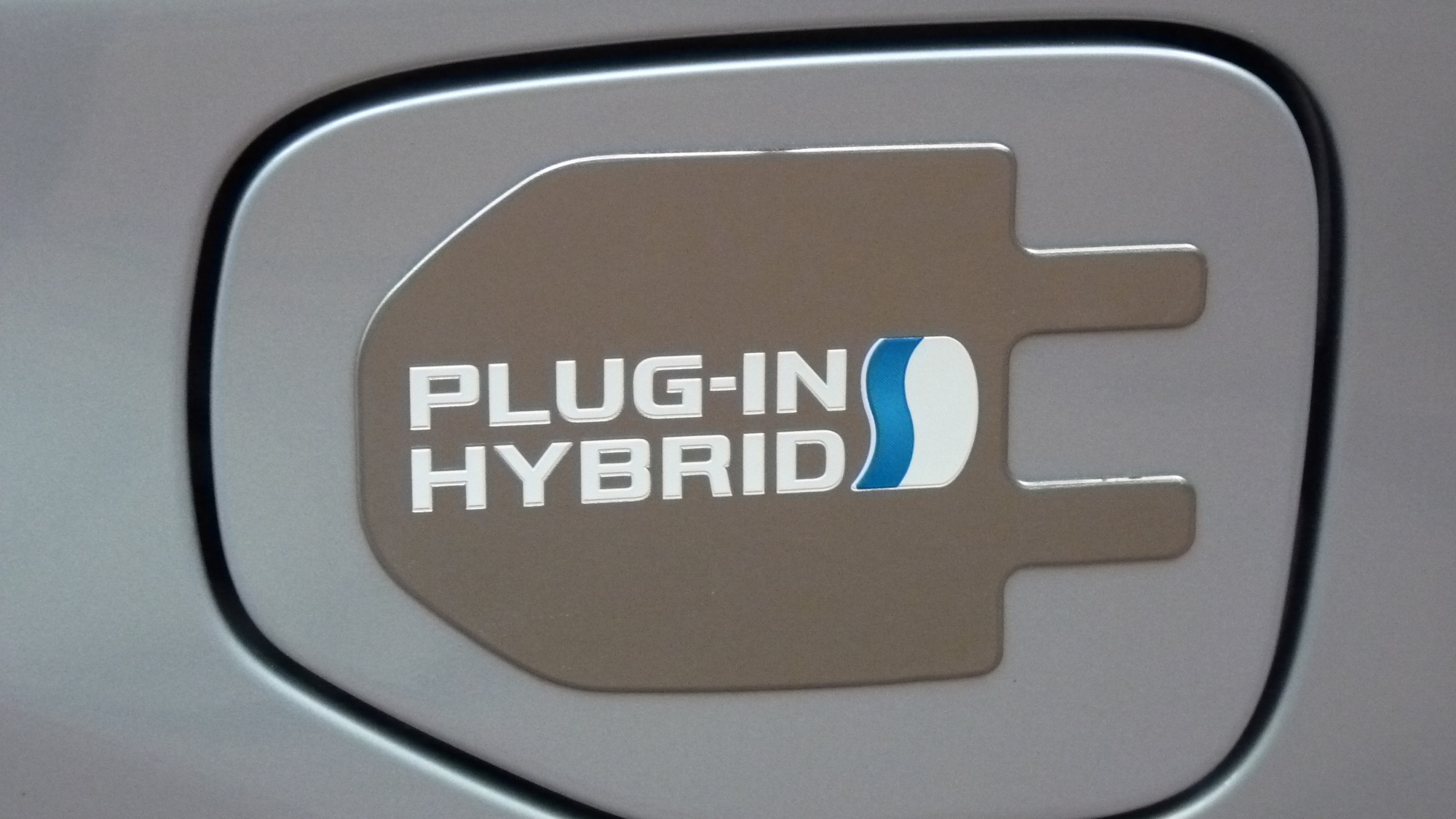 Spring has sprung for the 2012 Toyota Prius Plug-In. The highly anticipated hybrid recently began making the rounds with critics, so it's not surprising that Toyota chose the end of this month to tout the Prius brand by hosting a live, two-day event in which four Prii will be put through a number of record-setting tests. These won't be your typical trials measuring speed or agility or safety, though -- unless "safety" has something to do with the number of pool noodles you can shove in a Prius.

On March 30 and 31, Toyota will use four Prius vehicles -- including the Plug-In -- to set a number of records for the Universal Record Database. For those who might be unfamiliar with that esteemed agency, a quick look at the URDB website reveals that this not your grandmother's record-setting site of, well, record. (Currently featured on the front page: videos for "Tallest Book Tower Held In Hand While Balanced On A Rola Bola" and "Most Consecutive Tweets To @SELENAGOMEZ".) Translation: the URDB is world records for the Jackass set.

Accordingly, the "Prius Records" event will set a range of nonsensical records like "Farthest launch of a gumdrop using the windshield wiper of a Prius", "Largest mural created during a 3-hour Prius Plug-in Hybrid Vehicle charge", and, yes, "Most pool noodles fit inside the cargo area of a Prius v". The trials will be relayed over two, ten-hour live broadcasts on www.toyotapriusprojects.com.

Here's a promo video that explains far less than the press release embedded below it.

We don't fully understand, but count us in anyway.

LOS ANGELES, March 23, 2011  -- Toyota Motor Sales, U.S.A., Inc. today announced that the Toyota Prius, the iconic hybrid that has been setting records for over a decade, has inspired an unprecedented, live and interactive event which attempts to set as many Universal Record Database (URDB) world records as possible in and around the vehicle. The event will take place on March 30 and 31, 2011 at www.toyotapriusprojects.com for two 10-hour record-setting webcasts.

Following the Prius family of vehicles announcement at this year's Detroit Auto Show, Prius Records sets forth to reach new heights with Prius while inspiring others in the community to do the same. Four Prius hybrids-including the Prius Plug-in Hybrid and the larger, more versatile Prius v-will be paired with a dedicated team of record-setting experts who will attempt what has never been done before. The public is also invited to tweet and engage in their own record-breaking ideas. The ultimate Prius Records goal: to set 200 records in two 10-hour days.

For the event, Toyota is partnering with URDB World Records, an organization with the philosophy, "everyone can be the world's best something." The www.URDB.org site has a record-setting approach that is inclusive, inventive and, most of all, fun. The URDB hosts will officiate each of the records as they are attempted live for the online audience.

The Toyota Prius challenge team is currently developing world record ideas that fuse creativity and ability with hilarity to bring forth pure record-setting entertainment. Some possible records may include:

For a further taste, check out www.toyotapriusprojects.com/#/010.

The Prius community is challenged to tap into their unique passions and greatest talents to create, break and document world records with a Toyota Prius. Toyota Prius owners, enthusiasts and anyone with a record-breaking vision can participate in the live action by tweeting @Toyota using #PriusRecords, as well as posting their own challenge recommendations to www.toyotapriusprojects.com. Surprise guests will also be onsite at the Prius Records event to contribute their own record-setting ideas.

After the records have all been set, video footage of each will live on a dedicated Toyota channel on www.URDB.org. Toyota then invites the community at large to attempt to break these records by uploading videos of their own Prius record-setting attempts to the URDB World Records website for recognition and online bragging rights.

The Prius Records online interface on www.toyotapriusprojects.com will feature real-time record-setting stunts, a running count of records set and videos of the records for viewers to share. Tune in on March 30 and 31 to see the spectacle unfold.