It's not coming to the States--at least not for several years--but the Tata Pixel concept shown at last week's Geneva Motor Show is worth paying attention to.

It shows how a more upscale four-seat urban car could be built on the underpinnings of the tiny Tata Nano, the world's cheapest new car.

One clever feature: The 10-foot-long Pixel's scissor doors open up, rather than out, so they stay within the car's footprint without impinging on passing traffic, cyclists, or pedestrians.

But there's another feature that's even cooler: 'Spin on the spot' parking, which lets the Pixel park in little more than its own length. 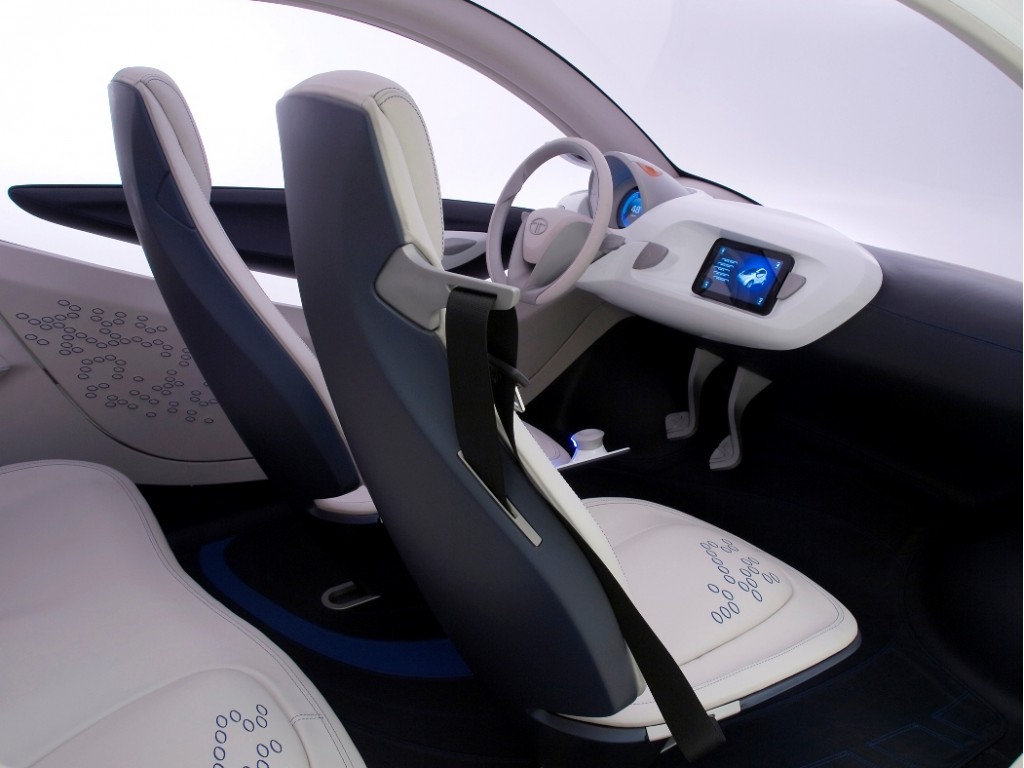 The feature comes courtesy of a unique Zero Turn toroidal infinitely-variable transmission, designed by Torotrak, that splits the torque from the Pixel's rear-mounted engine to let one rear wheel rotate in one direction while the other goes in the opposite direction.

With front wheels that can angle sharply to almost 90 degrees (since there's no engine between them), the little Pixel has a turning radius of just 8.5 feet (2.6 meters). Which makes snap U-turns a breeze, and lets the Pixel parallel-park in little more than its own length.

As the video below shows, that would make city driving a whole lot more convenient.

The first part of the video simulation, by the way, shows the Pixel using a smart phone as its instrument display. Many vehicle functions are controlled via virtual buttons in the Pixel app, from door opening to car starting.

The woman in the video has to stare intently at her phone (to make sure she hits the right button, we hope?), but the parking demo occurs from 1:20 to 1:50 in the clip.