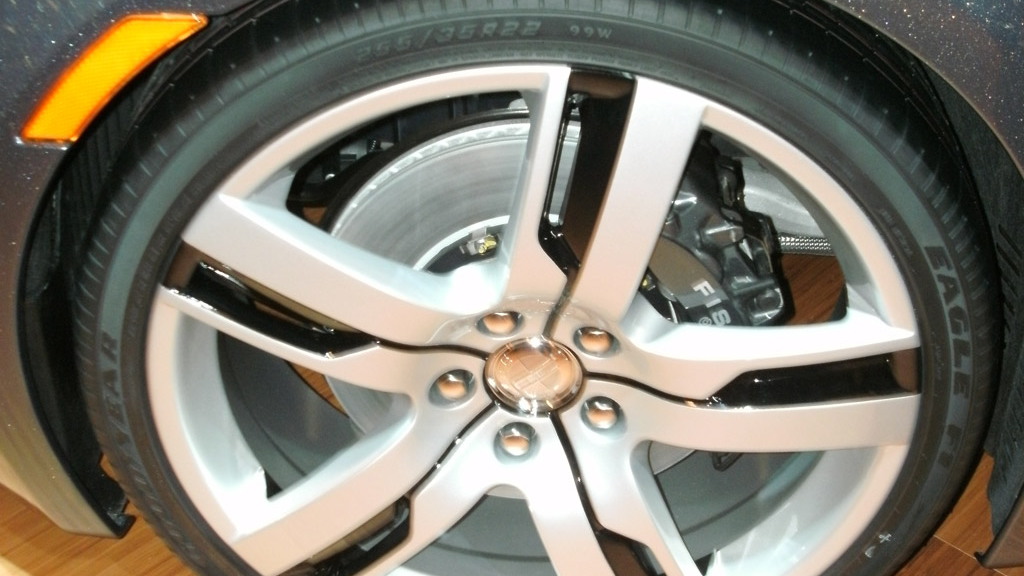 The last we heard of the Fisker Karma was that the plug-in hybrid luxury sedan was still on track for delivery, either this month or in April, but with an increased starting price of $95,900, up from the original price of $80,000 announced back in 2008.

While we’re not holding our breath for that to happen given the number of broken promises and delays already incurred, there are new reports claiming that the first Karma derivative (essentially a new bodystyle based on the same platform), could be unveiled as early as September’s 2011 Frankfurt Auto Show.

The information comes from Fisker’s chief operating officer, Barney Koehler, who spoke recently with Automotive World. Koehler revealed that this new model won’t be the production version of the stunning Karma S convertible concept (a.k.a. Karma Sunset) that was unveiled at 2009’s Detroit Auto Show.

Instead, this new model will precede the Sunset, Koehler said, which suggests that it’s likely to be a sultry coupe version of the Fisker Karma four-door. It’s expected to go on sale six months after its Frankfurt debut, with the Sunset to follow one year later. Both models will be built by independent vehicle manufacturer Valmet in Finland, along with the Karma sedan.

If you’re already starting to think this sounds ambitious for a start-up that is yet to deliver a single model, then you may not want to hear that Fisker has forecast sales of up to 7,000 Karmas for this year alone.

In a separate interview with Automotive News, Koehler said Fisker expects 7,000 sales of the Karma this year and another 15,000 sales in 2012. Koehler went on to reveal that the first U.S. deliveries of the Karma will start in July now, though some VIPs may get the cars in June.

Beyond that, Fisker hopes to start building a new model based on a completely different platform, currently codenamed Project Nina, at the former GM plant in Delaware that it acquired last year. Like the Karma, Project Nina will also spawn its own derivatives but production isn’t scheduled to start until late 2012--if at all.

Project Nina is thought to be a mid-size sedan projected to sell for roughly $48,000. Like the Karma, it will qualify for a $7,500 Federal tax credit for electric-drive vehicles that use large battery packs to provide power. Trial production of Project Nina in prototype form is expected to start later this year at the Delaware plant.

Believe it or not, the story doesn’t end there. Koehler even revealed details about a third platform, which is designed to help the company eventually lift production to around 100,000 units per year when including the Karma and Nina.