As we rapidly approach the end of 2010 there are really only two mainstream plug-in cars stealing the limelight - the 2011 Nissan Leaf and the 2011 Chevrolet Volt.

But while there will only be a few choices for those wishing to go electric at the end of 2010 in a few years’ time there will be a veritable cornucopia of all-electric, plug-in hybrid and range-extended electric cars for a consumer to choose from.

Some are due to hit showrooms soon, some are test-fleet vehicles, some have no confirmed release date, and others are cars we know a little about but think you should keep an eye on. 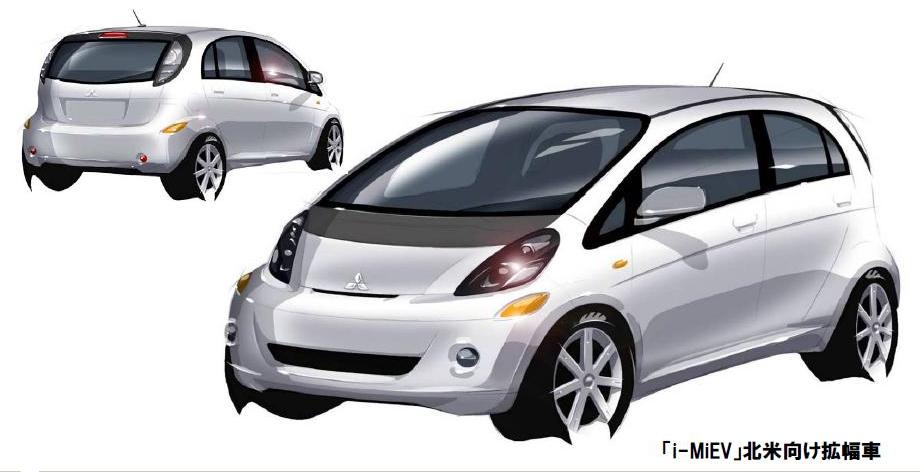 Originally sold in Japan as a gasoline-powered car small enough to satisfy the Kei-Jidosha exceptions to strict parking laws, the i looks like a little bubble on wheels.

Converted into an all-electric car by Mitsubishi, the original i-Miev is already being sold in Japan and is about to enter sales in Europe both as a Mitsubishi and a rebadged Peugeot and Citroen.

Still rather squat, the car is due to go through some serious redesigns to make it more suited to the U.S. market. Expect the fatter, safer version of this Japanese car to go on sale late in 2011. 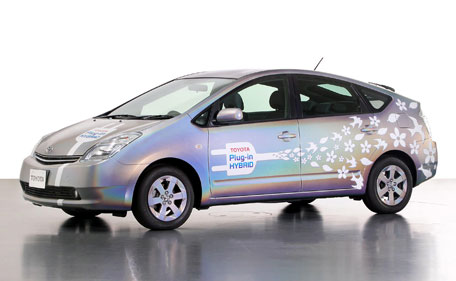 For some time the Toyota Prius has been the eco-car of choice for A list celebrities, green advocates and geeks. But the high-mpg car is about to get an extra trick in 2011 with the addition of a plug-in option, allowing for all-electric driving around town and an even higher fuel economy.

Expect the price of the 2012 Toyota Prius to come in at around the same price as Chevrolet’s 2011 Volt.  If you drive long distance a lot, but want the benefit of occasional electric driving, perhaps this is the car for you. 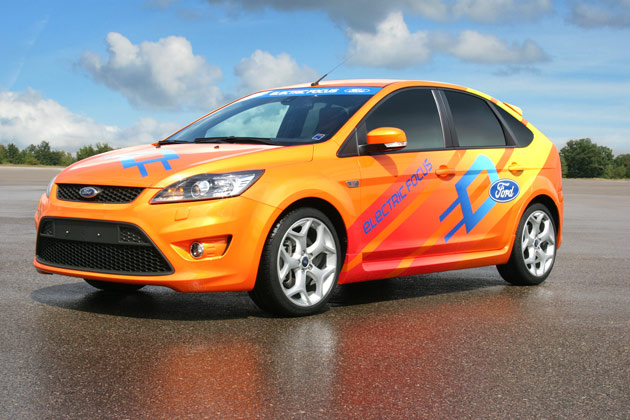 If you watched the Jay Leno Show earlier this year you may be familiar with the show’s Green Car Challenge.

Putting his guests in an all-electric Ford Focus, Jay Leno challenged them to a fast lap on the show’s test-track. But the car used in the show was a one-off, a vehicle built specifically for the show.

While the electric Ford Focus used by Jay Leno won’t be for sale, a production version of the car is expected to hit the market in 2011.

Offering a 100 mile range, classic looks and a 110V convenience charging option, expect the 2012 Ford Focus Electric to have plenty of customers when it launches.

We couldn’t write about ten upcoming plug-in cars without talking about the 7-seat Tesla.

Priced at the upper end of the luxury sedan market, the all-electric Sedan features a claimed 300 mile range per charge. But it won’t come cheap. Or at least, it will cost more than the 2011 Chevrolet Volt or 2011 Nissan Leaf.

Using all of its expertise from building the Tesla Roadster, Tesla is confident that it has the best battery system and drivetrain on the market today. The Tesla Model S will accelerate to 60 mph in under six seconds, providing it with Mercedes-like performance but zero tailpipe emissions.

However, Tesla has still to announce a launch date or final price, so to get one you may find a long wait will be required before you get your very own all-electric sports sedan.

Coming Some Time Soon (But we're not sure when)

If you’re into electric cars you’ll have heard of the ubiquitous Toyota RAV4 EV, made between 1998 and 2003.

Considered one of the best electric cars to be made in the last ten years and subject of the docufilm Who Killed The Electric Car, many original RAV4 EVs exist in the U.S. today.

Toyota stopped making electric cars some time ago, but that’s all set to change thanks to a partnership with Tesla Motors.

Debuting at the 2010 L.A. MotorShow in a few weeks’ time, Tesla and Toyota’s collaborative efforts will be unveiled with an all-electric SUV crossover we think you’ll want to drive. 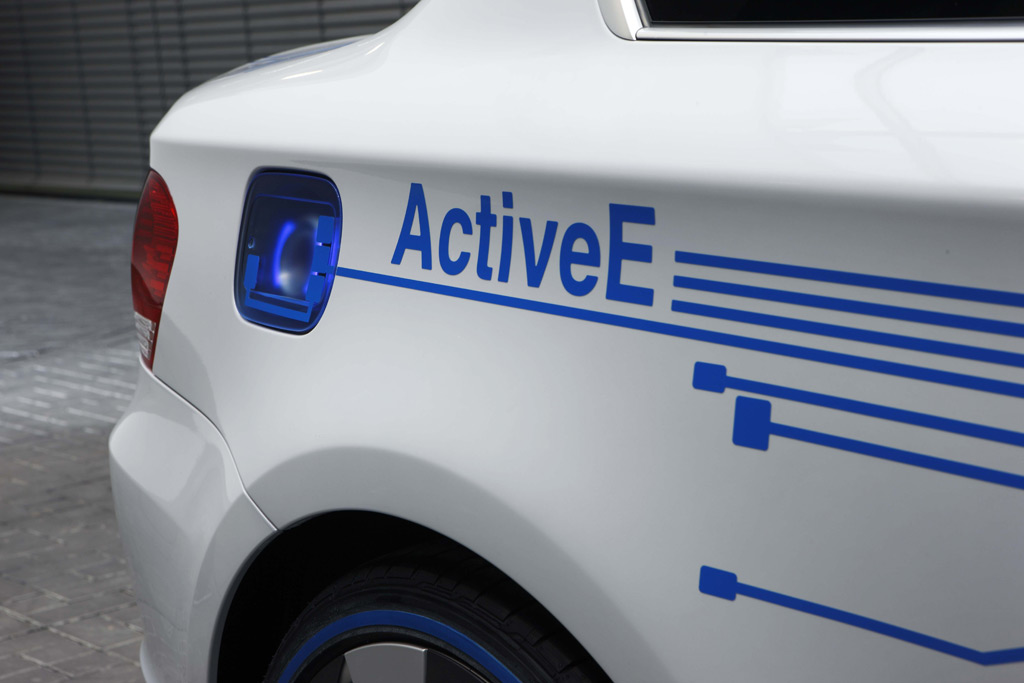 While you won’t be able to buy one, BMW’s newest vehicle to the ongoing electric test-fleet is the Active E.

Based on a BMW 1-series, the all-electric ActiveE features a thermally-regulated lithium-ion battery pack, 7 cubic feet of trunk space and enough power from its 125 kilowatt (170 horsepower) rear-wheel drive motor to take it from 0-60 in around 8.5 seconds.

But if you want to drive one of the 450 vehicles due to be made you’ll need to live in one of BMW’s test-fleet areas in California, New York, Boston or Connecticut.  In addition, expect a hefty lease fee every month, participation in BMW’s customer testing program and be ready to part with the car after two years. 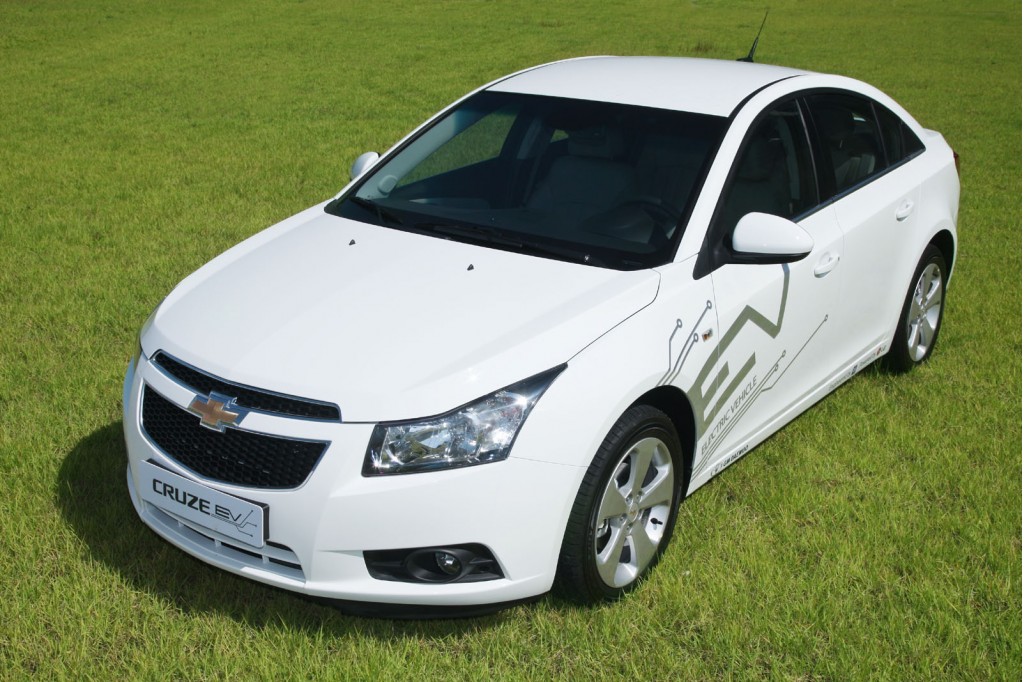 General Motors hasn’t hidden the fact that while it readies the 2011 Chevrolet Volt for customer delivery later this year it is already working hard on an all-electric car.

Currently in testing in South Korea, the all-electric Chevy Cruze features a 102.5 mph top speed, a 100 mile range and a 33 killowatt-hour battery pack.

While we’re unlikely to see a commercial version of the electric Cruze in the U.S. any time in the next few months it is conceivable an all-electric version of the Chevrolet Volt may be in the pipeline, for release some time in 2012.  We should point out though that the concept of an all-electric Volt has not yet been confirmed by GM - and is purely hypothetical at this point. 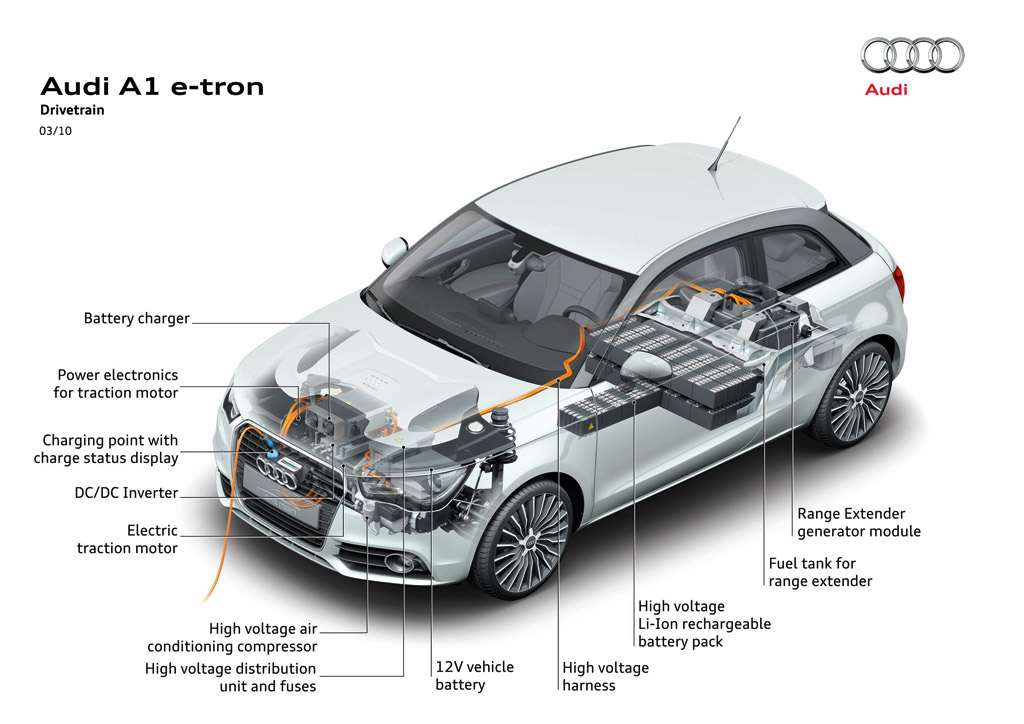 Despite the rather unfortunate choice of name if you happen to speak French, the Audi A1 e-tron could prove an interesting competitor to the 2011 Chevrolet Volt.

Using a small, single-rotor Wankel rotary engine, the 2012 Audi A1 e-tron can drive for 30 miles or so in city traffic before its range extender kicks in, to provide an assisted range of 124 miles beyond that of the all-electric drivetrain.

While current plans exist to run the A1 e-tron as part of a test fleet, we have yet to hear when, or even if, it will reach production. The test fleet will be released in Munich, Germany in 2011. 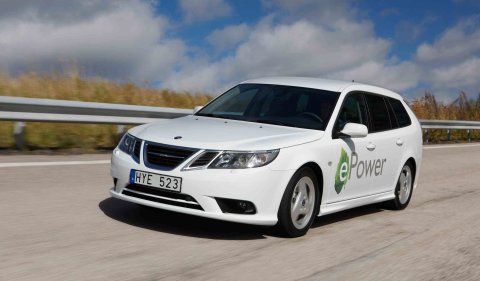 Powered by a 35.5 kilowatt-hour battery pack and built to withstand temperatures as cold as -22 degrees Farenheit (-30 degrees Celcius), the Saab 9-3 ePower may be still in market testing, but offers to be another option for those wanting a high-quailty all-electric car.

Built in small numbers for a 2011-12 test scheme in Sweden, you won’t find the 9-3 ePower running around the streets of suburban America. But Saab’s aim is to use the test-fleet to produce a production version based on the test-vehicles.

In keeping with other vehicles in the market, the range of 124 miles gives the 9-3 ePower a slight advantage over the 2011 Nissan Leaf when it comes to range-per charge.

Unconfirmed Cars We Know A LIttle About, But Hope To See Soon 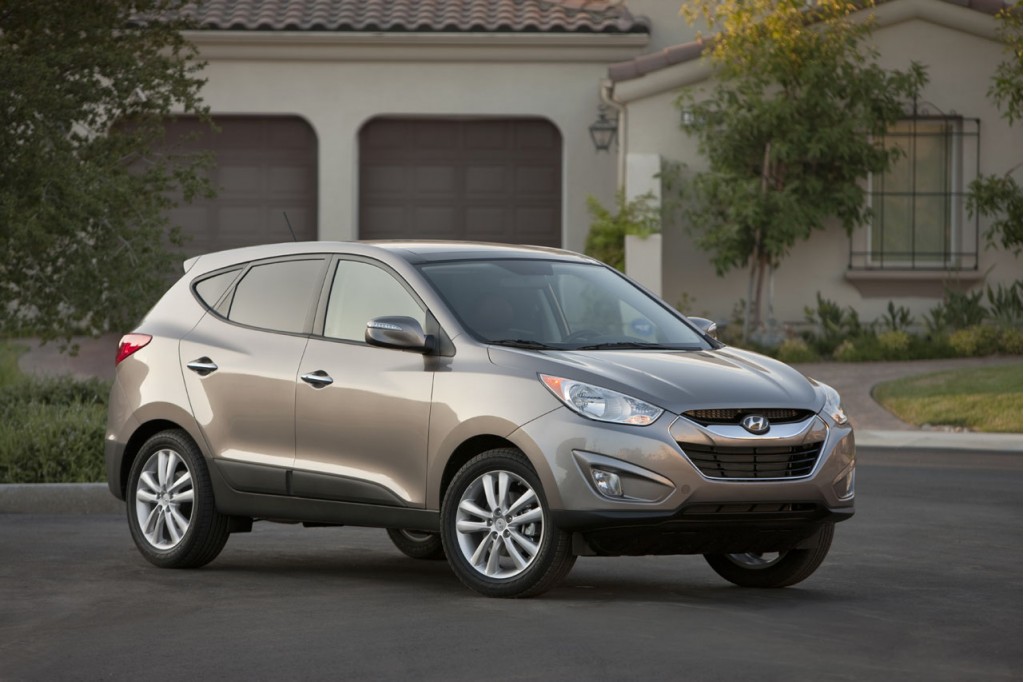 Forgive us for saying, but many EVs are a little on the small side. They also tend to lack much in the way of height or presence in the urban jungle.

Enter the as-yet un-named 2012 Hyundai CUV. While details are sketchy at the moment, we expect the South Korean auto-maker to produce an 80-mile per charge EV based on the popular Tuscon platform, with enough space for your kit and caboodle.