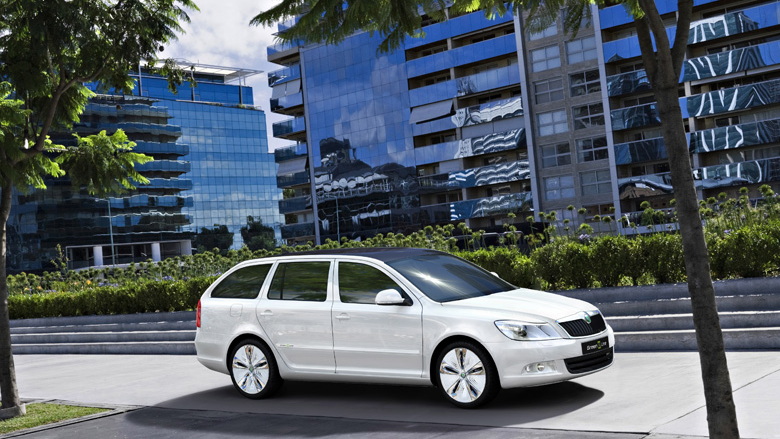 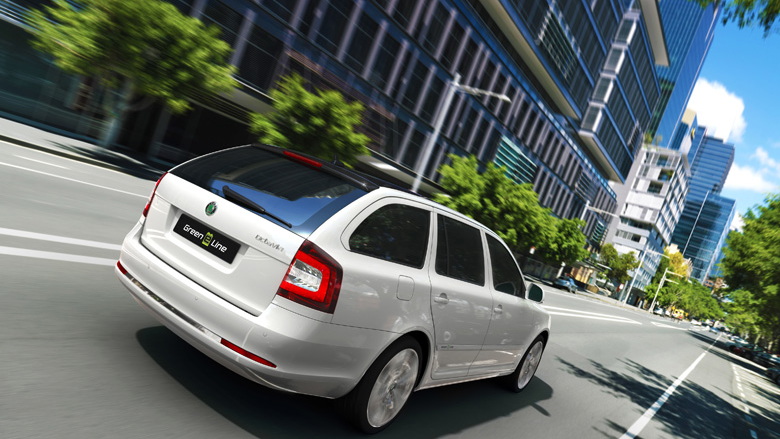 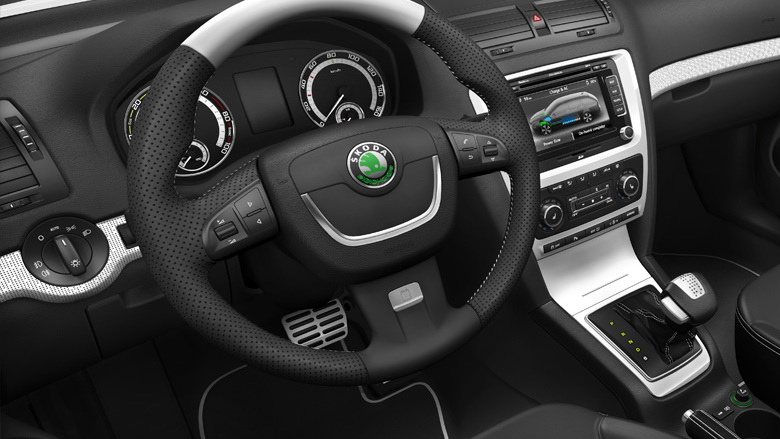 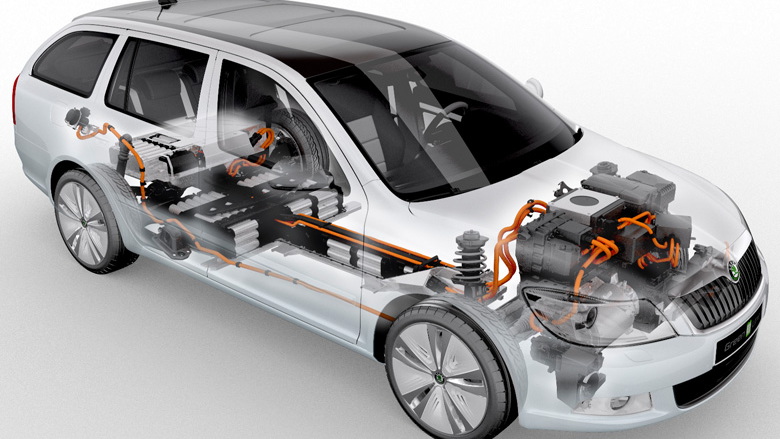 As you might have already gathered, the Volkswagen empire is rather big. Owning Volkswagen (obviously) and Audi and having a large stake in Porsche, they're one of the biggest and most profitable car companies on the planet.

Two marques you don't see Stateside though that also play a big part in the Volkswagen Audi Group (VAG) are Skoda and SEAT. The Czech and Spanish companies handle the budget and youth-orientated sports models respectively in Europe, allowing VAG to fill virtually every market niche its possible to fill.

So with Audi showing us e-Tron concepts and Volkswagen planning electric versions of the Golf and upcoming Up! microcar, it was only natural that VAG's other brands would get some of the EV love. At the 2010 Paris Motor Show, Skoda are showing an electric version of the Octavia compact and SEAT are previewing the sporty IBE concept.

Skoda's Octavia shares a plaform with the current Volkswagen Golf, so it's no surprise that the Octavia Green E Line concept's specifications seem very familiar to anyone who has read up on the Golf BEV.

Power comes from a 114 horsepower electric motor that also offers 199 foot-pounds of torque that should give satisfying urge off the line. Range is quoted at 87 miles.

Unlike the Golf, but like the Saab 9-3 ePower that's also making an appearance in Paris, Skoda have chosen a wagon bodystyle to hide their electric drivetrain. This should offer greater practicality than both the Golf and vehicles like the 2011 Nissan Leaf.

In common with many of the other manufacturers considering EVs at the moment, Skoda intend to release a test fleet of Octavia Green E Lines in 2011 as a precursor for a possible production run.

It might also give them a chance to change the name to something a little more snappy...

Playing up to SEAT's more sporting-orientated market positioning, the IBE Concept is a short, wide and low subcompact that originally debuted at the Geneva Motor Show back in March, but has been developed further for Paris.

Looking significantly less production-ready than the Skoda but also much more eye-catching, the IBE appears to use a very similar drivetrain to that of the Audi A1 E-Tron we looked at a few weeks back, with a 101 horsepower (75kW) electric motor giving a sub-10 second 0-60mph time.

However, unlike the range-extended Audi, the IBE concept is all-electric with a range of 80 miles and a relatively low curbweight of just over 2,400 lbs.

The IBE isn't just showcasing electric vehicle technology though, as SEAT are using it to show off the latest in-car infotainment and connectivity technology. Designer Luc Donckerwolke, who was also responsible for the Lamborghini Murciélago and Gallardo and Audi's R8 Le Mans car in 2000, says "Driving will be lots of fun in the electric age - at least, it will in a SEAT".

Lets hope some of SEAT's Spanish flair makes its way into Volkswagen and Audi's electric vehicles, too.