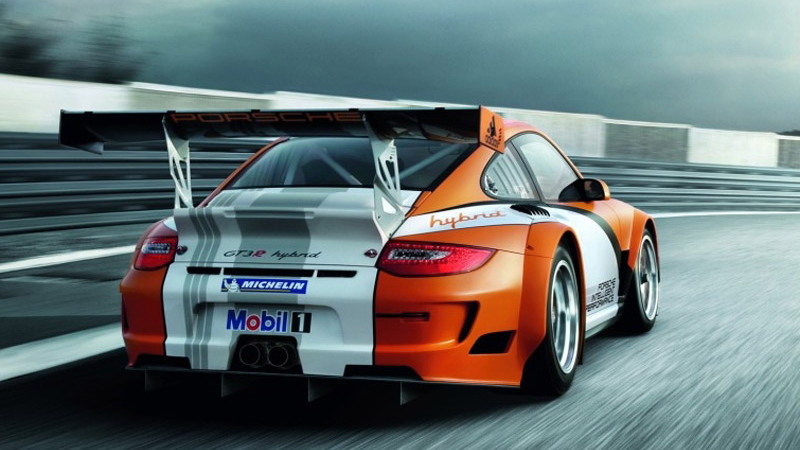 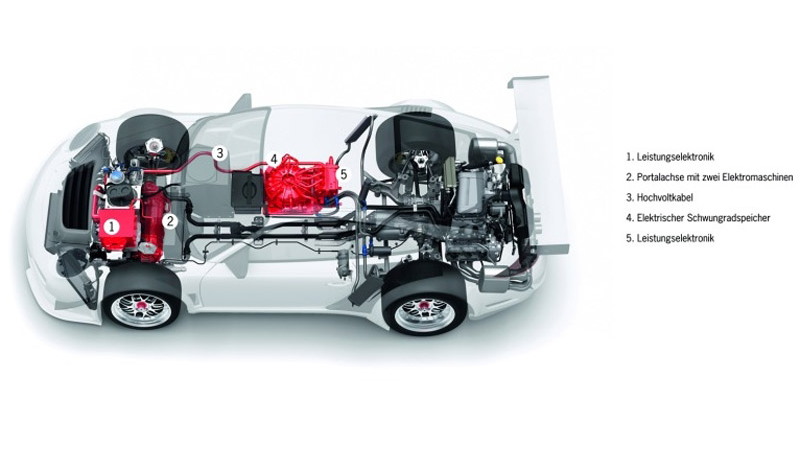 Pretty much every manufacturer is now at least experimenting with hybrid cars. The bulk of them use a high-voltage battery pack to store and deliver energy to supplement a gasoline engine.

But in its experimental 911 GT3 R Hybrid test car, Porsche has taken a different tack toward energy conservation for racing. It uses an adaptation of the Kinetic Energy Recovery System (KERS) technology first built into Formula 1 race cars. 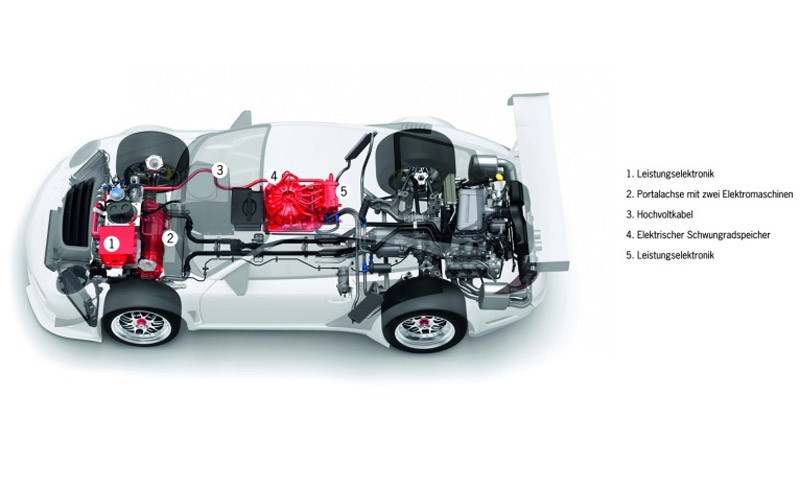 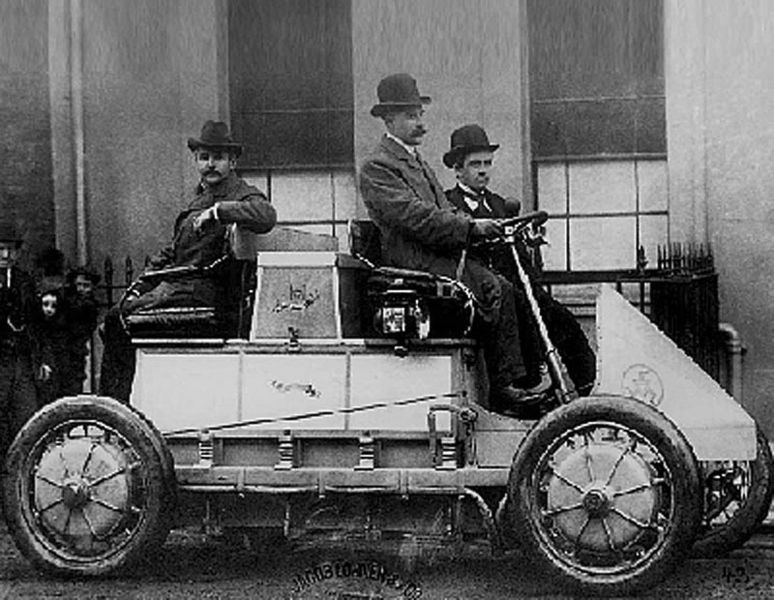 Rather than a battery, that system is based on a flywheel, mounted where the passenger seat would normally sit and spinning at speeds up to 40,000 rpm, to capture energy reclaimed from braking.

At the press of a button, the flywheel releases its kinetic energy to power a generator that provides up to eight seconds of electricity to two 60-kilowatt electric motors in the front wheel hubs. The boost serves to maximize exit speed from a corner or to pass another car.

The rear wheels are driven in the usual fashion, by torque provided by Porsche's traditional flat-six gasoline engine, in this case a 4.0-liter version developing 480 horsepower.

The Porsche 911 GT3 R Hybrid will be officially announced at the Geneva Motor Show in early March, precisely 110 years after company founder Ferdinand Porsche launched what is widely acknowledged to be the world's first hybrid car, the Lohner Porsche Semper Vivus.

It is expected to compete at the 24 Hours of Nürburgring this May, with the technology potentially headed for a Le Mans competitor in 2012 as well.

Porsche is also expected to launch a more conventional battery hybrid when it introduces its all-new 2011 Porsche Cayenne sport utility. The new Cayenne and Cayenne Hybrid are expected to arrive at dealers by the end of this year.

Built on a platform shared with the new 2011 Volkswagen Touareg--unveiled just a few days ago--and the Audi Q7, the new hybrid model has been in development across the VW Group for several years. Porsche first showed a hybrid Cayenne concept car in 2007.

Porsche has also said it will offer a hybrid version of its new 2010 Panamera four-door luxury sedan.

The system to be used in the Cayenne, Touareg, and Q7 Hybrids uses an Audi direct-injected, supercharged 3.0-liter V6 engine rated at 333 horsepower.

A 38-kilowatt (52-hp) electric motor is mounted between the engine and an 8-speed automatic and offers 221 lb-ft of torque, two-thirds again the torque from the engine.

The system is tuned to provide electric assist at highway speeds, not in urban use, and Porsche claims it can run all-electric at speeds up to 86 miles per hour. The company calls its electric drive "sailing," for the silence sensation of speed powered only by the battery pack.