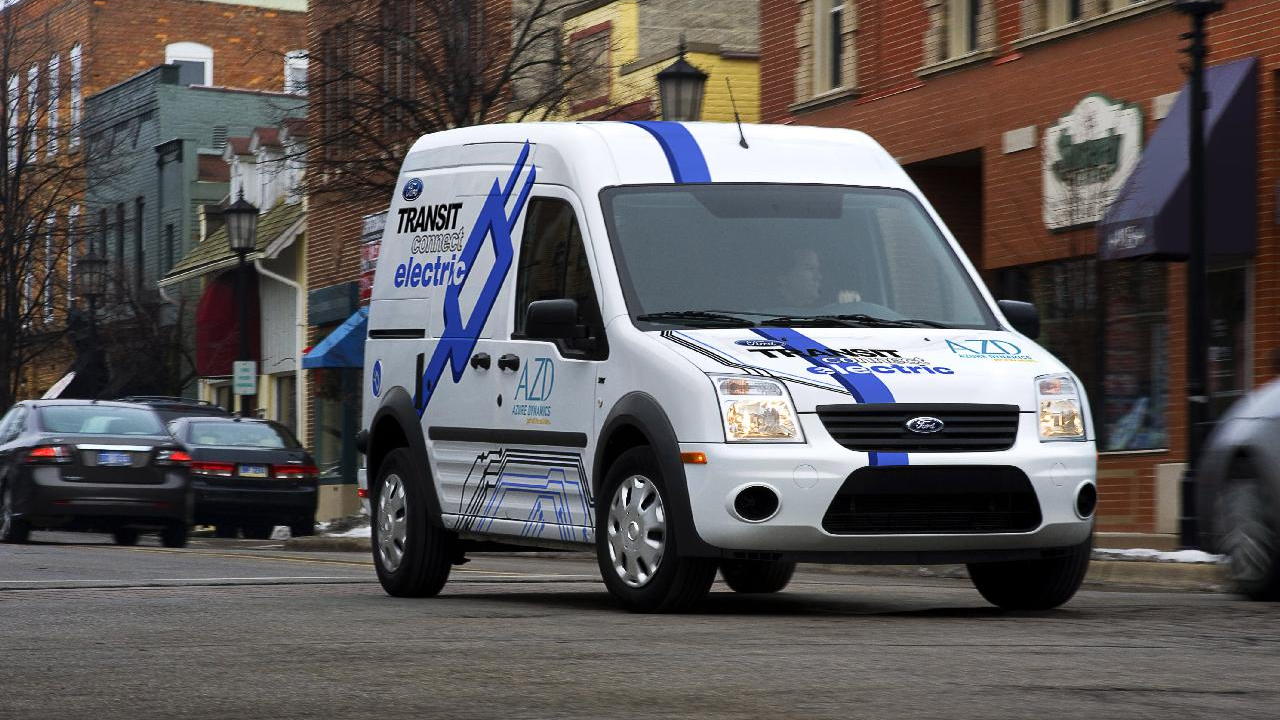 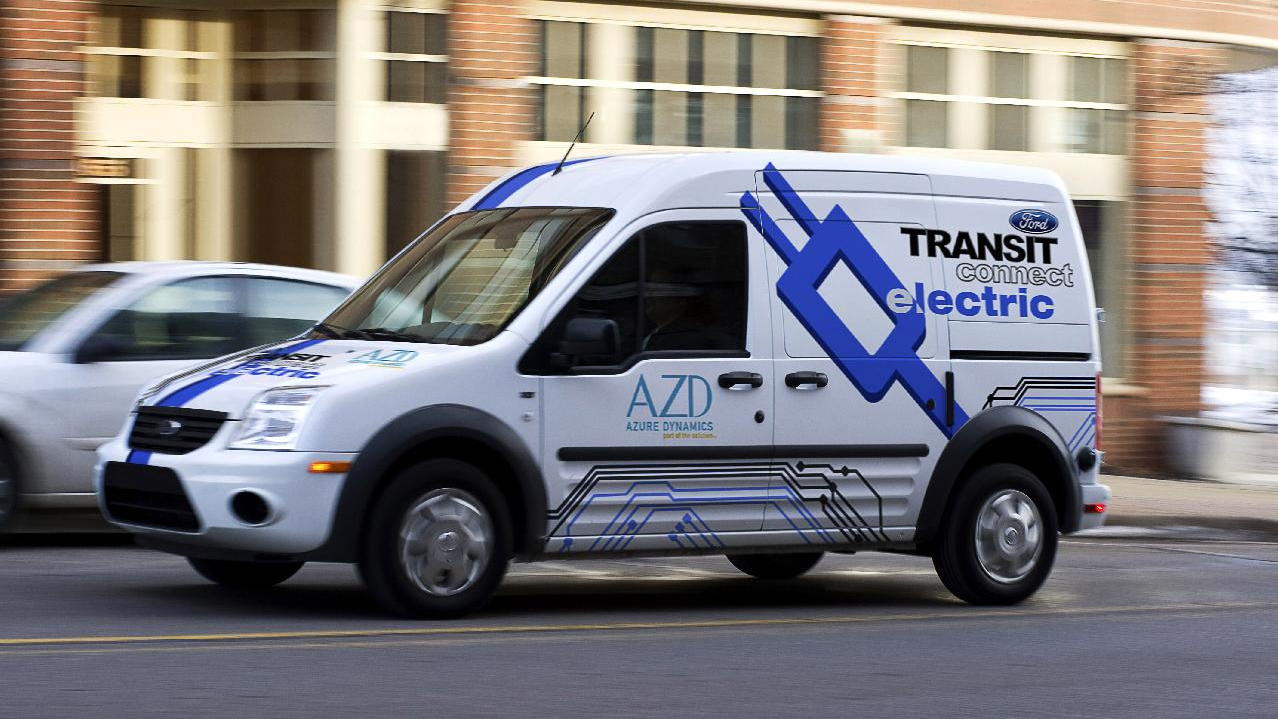 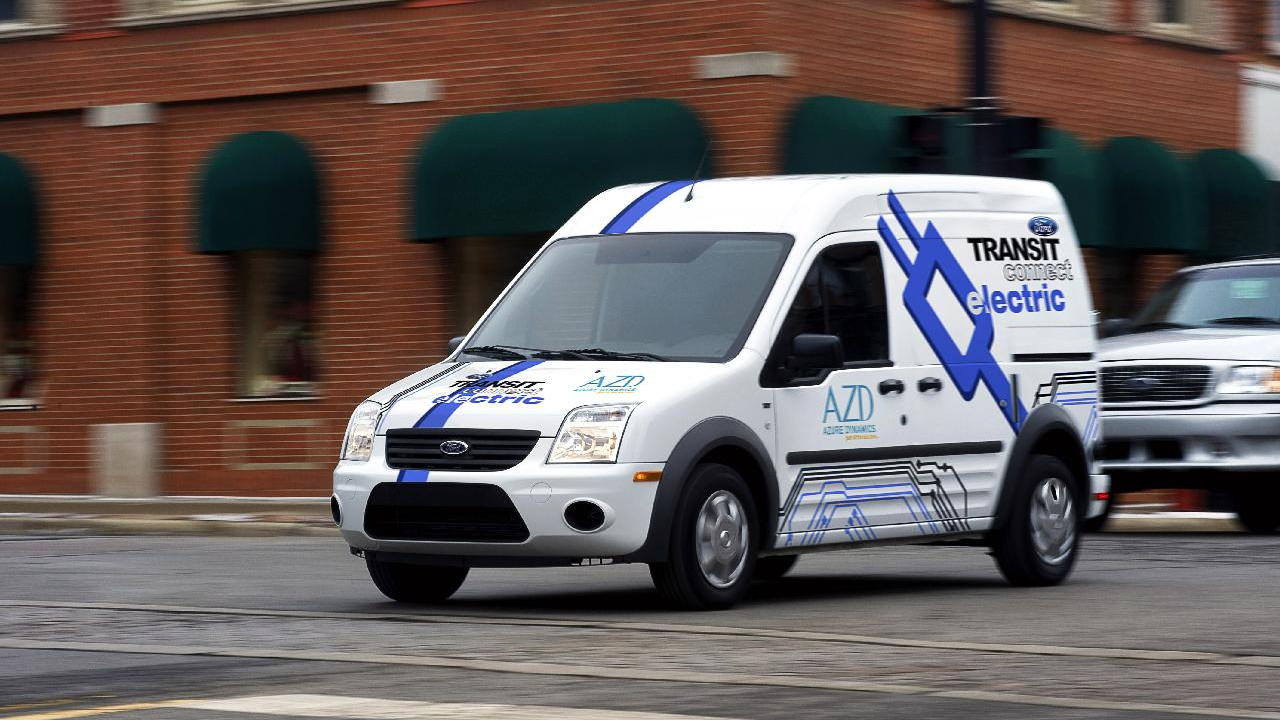 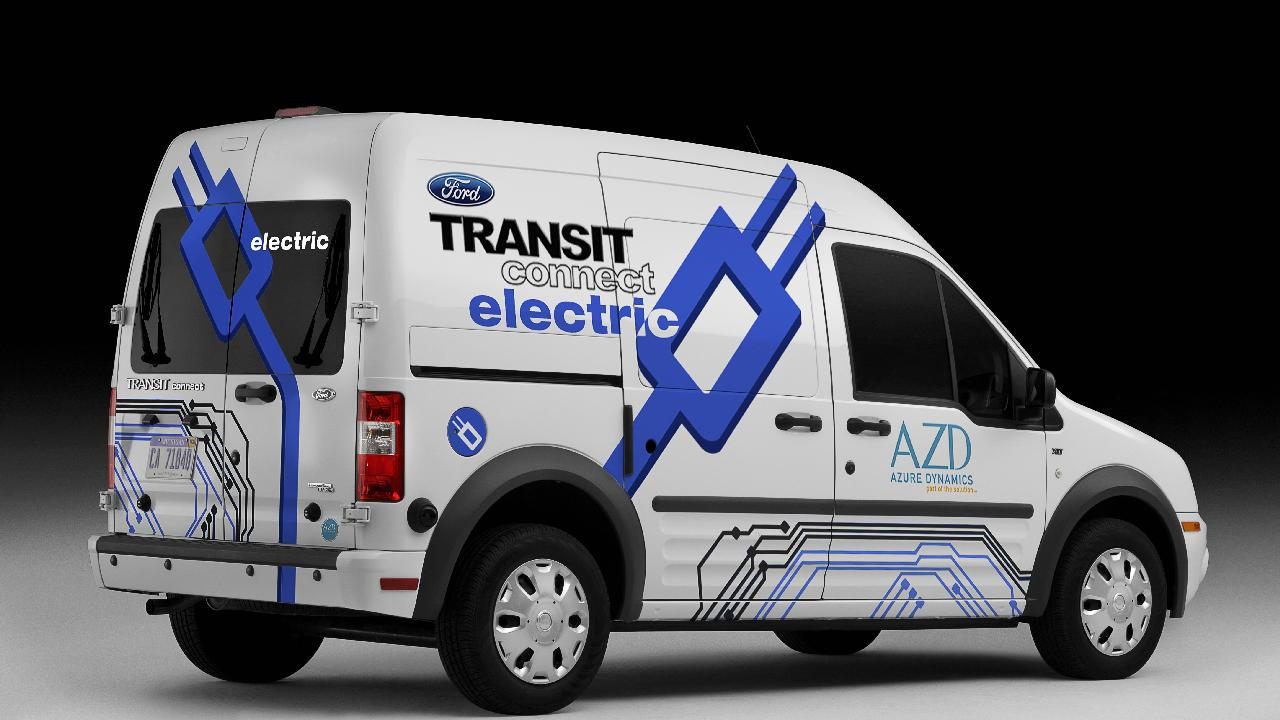 It's long been known that Ford's first electric car would actually be a truck. Now, we have all the details of the 2011 Ford Transit Connect Electric, an all-electric conversion of the Transit Connect commercial van that offers a range of up to 80 miles on a full charge.

The 2011 Transit Connect Electric is aimed predominantly at urban fleets that would use a small van on predictable routes with lots of stop-and-go traffic, with the truck returning to a set location each night where it could be recharged.

First deliveries of the 2011 Ford Transit Connect Electric to fleet customers will begin before the end of this year.

Built in Turkey, electrified in the U.S.

Ford imports the Transit Connect from its sole global plant for the vehicle in Turkey, but the conversion work is done by Ford's partner Azure Dynamics at Ford's assembly plant in Wayne, Michigan.

Once the engine, transmission, gas tank, and other components are removed, Azure installs a liquid-cooled 28-kilowatt lithium-ion battery pack and a 135-kilowatt electric motor driving the front wheels through a single-speed Borg-Warner transmission.

The charging port is located above the right rear wheel well, and the Transit Connect Electric comes with a cord that handles either 110-Volt or 220-Volt sockets.

The Transit Connect Electric can be recharged in 6 to 8 hours using 220-Volt current, of the type used for clothes dryers and electric stoves, or "longer" on standard 110-Volt wall current.

Vehicle accessories, including headlights, power steering, cooling pumps, and the heater, are powered by a standard 12-Volt battery that, in turn, is charged by the vehicle's main battery pack.

Curb weight is roughly 3,950 pounds, about 500 pounds heavier than the gasoline version. The conversion cuts payload from 1,600 to 1,000 pounds, meaning the electric van may be more suited for deliveries of flowers and light packages than heavy plumbing supplies.

Other specifications--including the tight 39-foot turning circle and 135-square-foot cargo bay--remain the same, as does room for passengers.

Acceleration isn't exactly sprightly, with 0 to 60 mph reached in 12 seconds unloaded, or a full 15 seconds when laden at the rated gross vehicle weight. Top speed is quoted at 75 miles per hour, though a note specifies that's on a road with zero-percent grade.

Lifetime is specified as 10 years or 120,000 miles, though the electric powertrain and associated modifications are warranted for 5 years or 60,000 miles.

Ford says lifetime operating costs for the Transit Connect Electric are expected to be lower over its lifetime. For one thing, recharging (or "fueling") on electricity is far cheaper per mile than is gasoline.

More than that, without an engine, transmission, and other components, maintenance is largely limited to wiper blades, brake pads, and an occasional light bulb.  There are no oil changes, belts, spark plugs, or exhaust systems to replace, and tuneups are never needed.

More plug-ins on the way

"People were a little hesitant about hybrids at first, but now they accept ... and embrace" them, said Praveen Cherian, program manager for the 2010 Transit Connect Electric. "We expect the same will be true of electric vehicles."

The electric Transit Connect is just the first of several plug-in Fords. The compact 2012 Ford Focus Electric will launch next year, followed by a plug-in hybrid in 2012, along with a new generation of the company's popular Escape Hybrid and Fusion Hybrid vehicles.

Ford also announced a taxi conversion for the Transit Connect, which it hopes will let the company retain a majority of taxi purchases after the now-ancient Ford Crown Victoria sedan goes out of production, probably within a year or two.

As part of the taxi offering, Ford will also make alternate-fuel systems optional on the base and taxi versions of the 2011 Transit Connect. Both natural-gas and propane (liquified petroleum gas, or LPG) conversions will be offered.