Dates and cities have been announced for the "Zero Emission Tour" that will introduce the 2012 Nissan Leaf hatchback electric car to potential buyers in the U.S. markets where it will first be sold.

The car won't be sold nationwide for more than two years. Instead, it will be offered where Nissan has negotiated agreements with electric utilities. So far, that list includes Seattle, Portland, San Diego, Phoenix / Tucson, and Nashville (home of its U.S. headquarters).

Nissan will start taking reservations for the Leaf next spring, and hopes to gather 20,000 U.S. advance orders for the Leaf by the end of next year. That's when first deliveries of 5,000 cars will go to selected fleets and up to 5,000 consumers in the first markets. 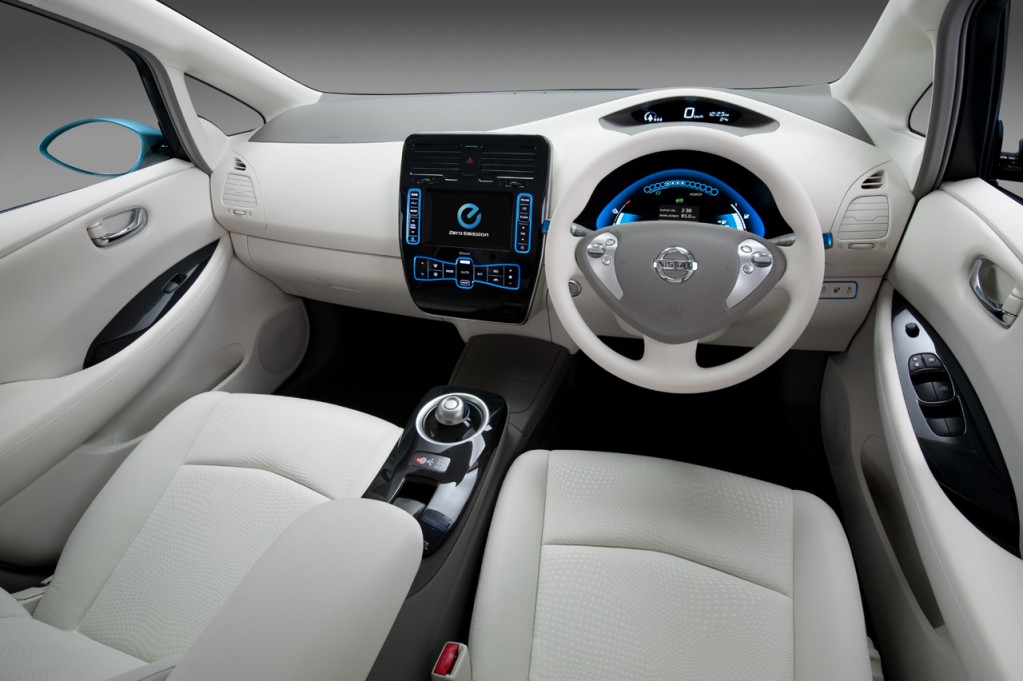 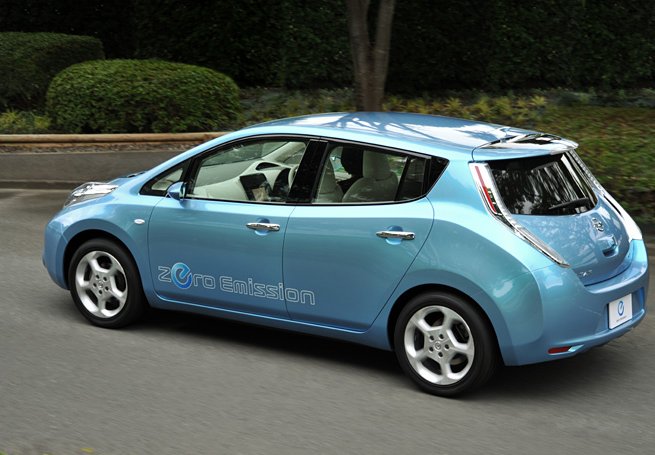 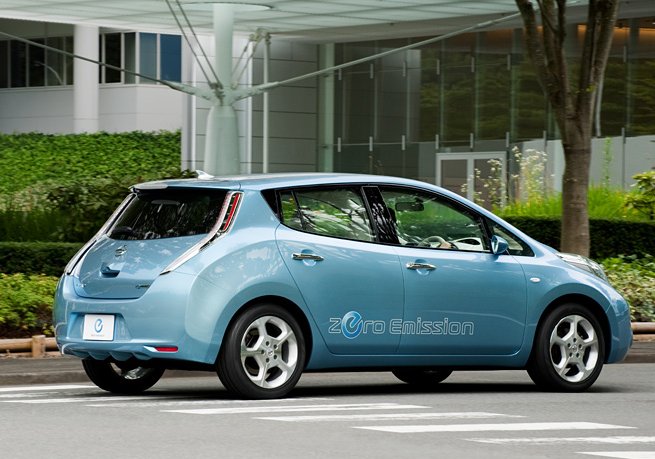 The goal is to give Nissan real-world data on how drivers really use electric cars before the company offers the car more widely.

To lure potential early customers, it will take the "Zero Emission Tour" to West Coast cities in November and December, visit the Southwest, Midwest, and East Coast in January, and end up in Texas and New York in February. Here is the full list of cities and dates:

Meanwhile, it has set up two websites describing the 2012 Nissan Leaf: one from Nissan USA for U.S. residents, and another called Nissan-ZeroEmission.com for a global audience.

The 2012 Nissan Leaf is a five-seat hatchback about the size of a compact car, but is said to offer the interior space of a midsize vehicle like, perhaps, the 2010 Toyota Prius hybrid. It is a dedicated design, meaning it doesn't share body panels with any gasoline vehicle.

Like all electric cars, that motor develops its peak torque of more than 200 foot-pounds from 0 rpm, so the Leaf should be fairly quick off the line. We were able to take a test drive of the 2012 Nissan Leaf powertrain, mounted in a different vehicle, and came away impressed with its pep.

For the first few years, the Nissan Leaf will be built in Japan. But Nissan has been granted $1.6 billion of low-interest loans by the U.S. Department of Energy to create a manufacturing facility for lithium-ion cells and retool its Smyrna, Tennessee, assembly plant for assembly of up to 150,000 Leafs a year.