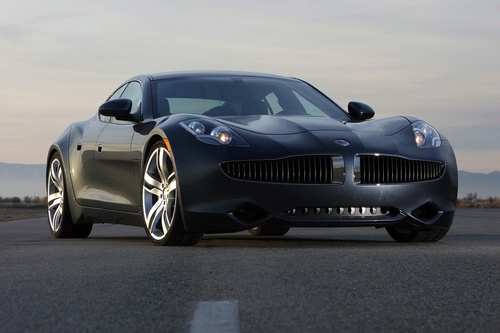 The 2010 Fisker Karma will be the world's first production series hybrid, or extended-range electric vehicle, when it comes off the line late this year. Customer deliveries will start next May.

Just prior to the Karma's German debut at next week's Frankfurt Auto Show, the company released emissions figures for the car. It will get, Fisker says, 67 miles per gallon (3.5 liters/100 kilometers) and its CO2 emissions will be only 83 grams  per 100 km.

Those are clearly impressive numbers for a large, $87,000 luxury sedan that accelerates from 0 to 60 mph in less than 6 seconds, with a top speed of 125 mph.

The devil is in the details, though. The fuel efficiency of series hybrids is notoriously tricky to measure, because it depends entirely on how the car is used. Does it travel all-electric and get fully recharged each night, or is it run primarily by the range-extending gasoline engine?

General Motors ran up against this problem when it quoted a projection of 230 mpg on the city cycle for its 2011 Chevrolet Volt, and a combined gas mileage of more than 100 mpg.

As we pointed out then, "GM often cites the statistic that more than 70 percent of all US vehicles travel less than 40 miles a day." 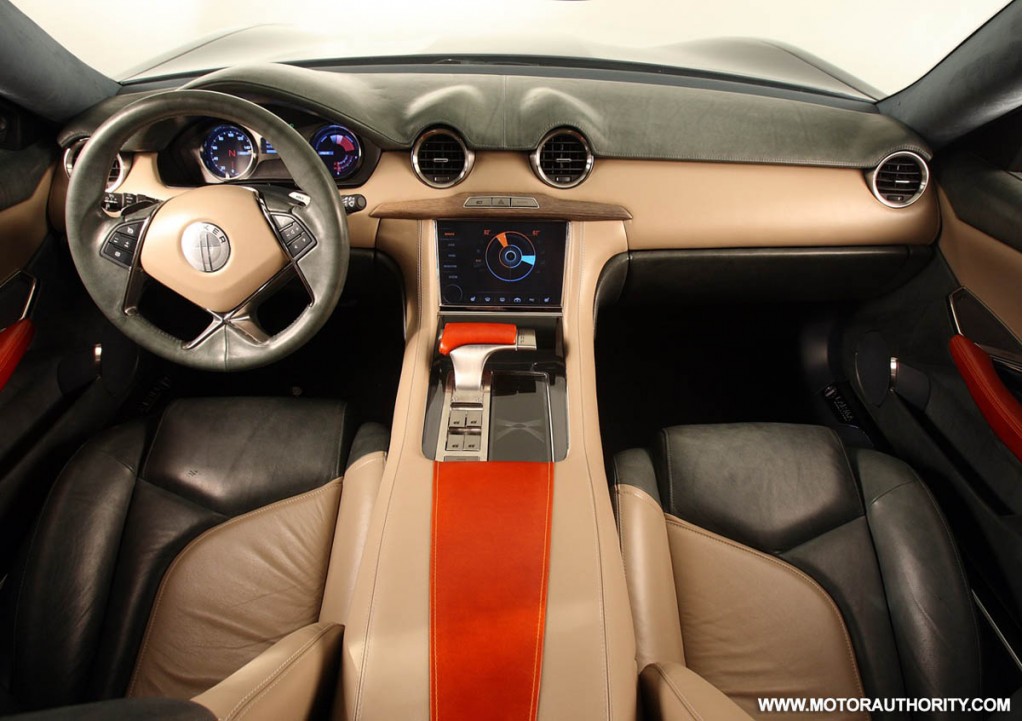 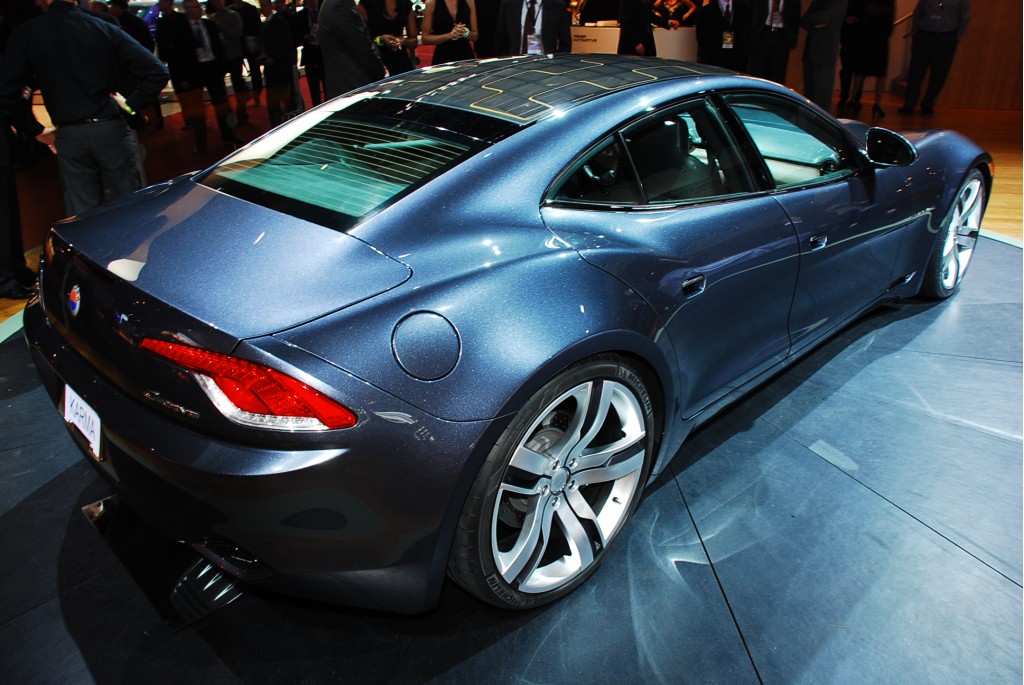 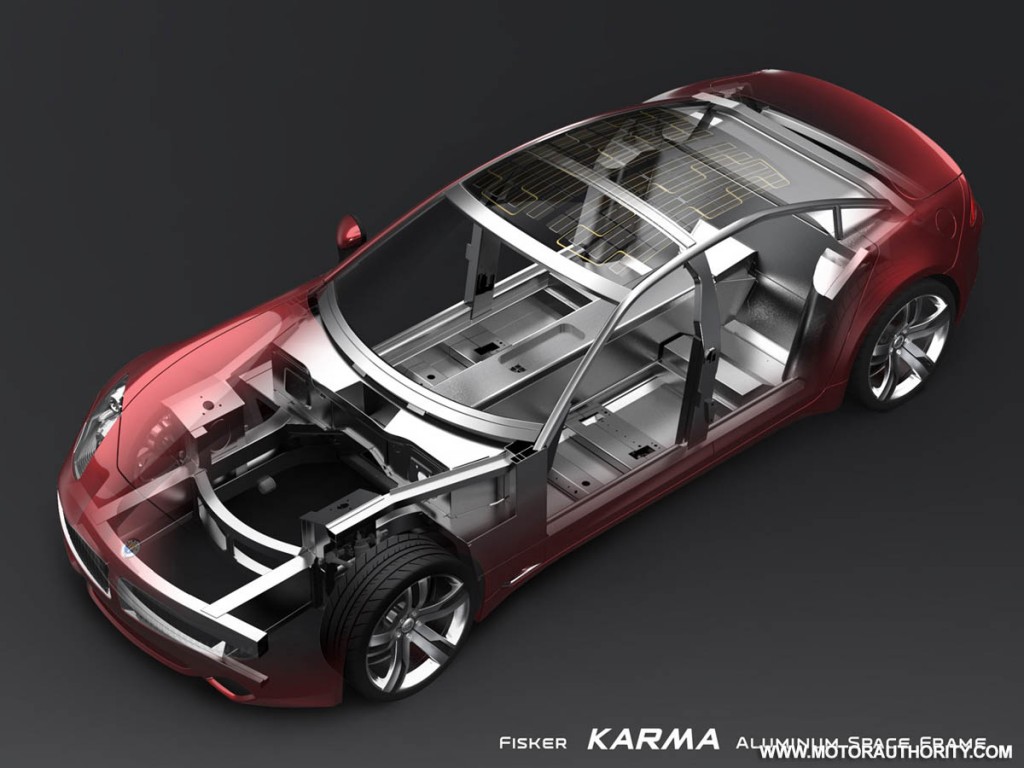 That 40 miles is the Volt's electric range; the 2010 Fisker Karma has a range of roughly the same--if you avoid the performance mode, which sucks out juice at a higher rate and considerably reduces that distance.

So a car that travels less than 40 miles daily might never turn on its engine, and never use a drop of gasoline. That's gas mileage of, well, infinity.

On the other hand, if you drive your new Fisker Karma 140 miles a day, and recharge it at night, it would travel 40 miles on grid power plus 100 on gasoline. Assume the Karma gets 33 miles per gallon with its 2.4-liter range-extending engine on, that's three gallons burned, 140 miles total, or about 47 mpg.

If future Fiskers fitted custom-designed range extenders, like the one Lotus will launch at Frankfurt as well, the gas mileage in what's called "charge sustaining mode" (after the battery pack has dischaged) could rise considerably.

Fisker is based its 67-miles-per-gallon figure on a method developed by the Society of Automotive Engineers. The details differ from the method GM used, which was based on assumptions about which EPA cycles were used in what order.

The bottom line? The 2010 Fisker Karma is likely to deliver far higher gas mileage than its competitors. But, as they say, your mileage may vary (a lot).

Meanwhile, we note that no journalist has yet driven the car. In fact, the company only debuted the Fisker Karma running under its own power at the Laguna Seca racetrack last month.