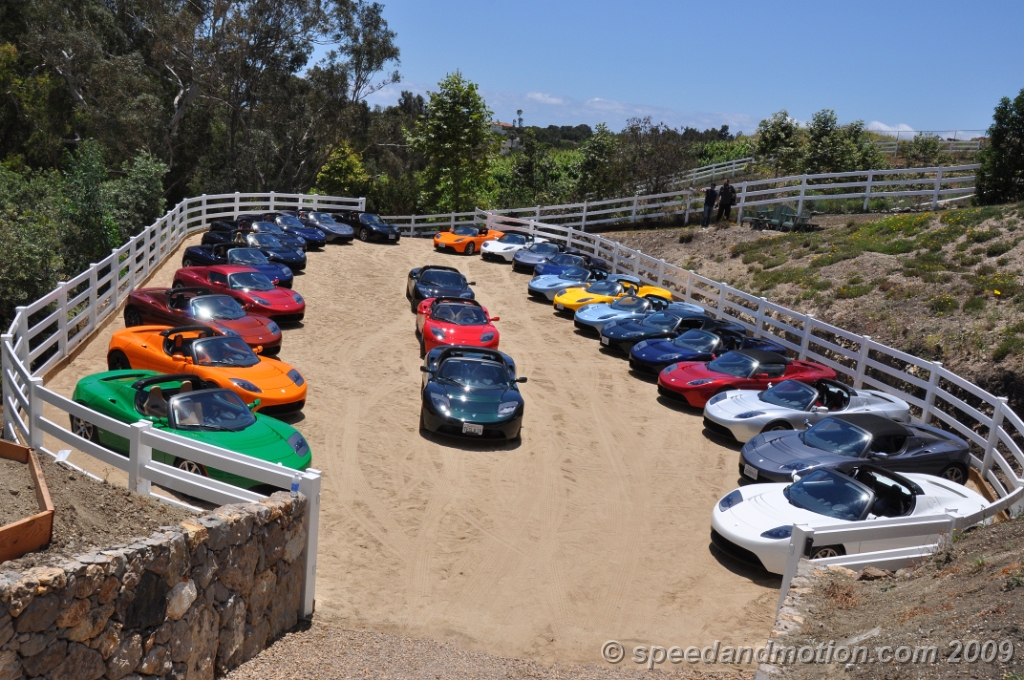 Over two dozen Tesla Roadster owners hit the streets of L.A. on Saturday to recognize the San Carlos, California, based electric car company's 500th delivery. Sixty miles of driving and one Malibu barbecue later, some impressive videos of the event appeared on YouTube.

This was no ordinary car rally, though. There was no admiration of exhaust mods, aftermarket headers or turbochargers, mostly because the Roadster doesn't need any of those things. There was no symphony of V8 engines revving, because there were none. Instead, there was the largest collection of EV supercars on public roads ever, coupled with the eery whir of numerous electric motors.

The day of fun also celebrated the one year anniversary of the opening of Tesla's first store in West L.A. Beautiful weather, powerful cars and food. What more could man want? How about a giant flip of the bird to foreign oil set to the tune of Renegades of Funk by Rage Against the Machine? Check out the following videos to experience it yourself. (A complete photo gallery is also available at Speed and Motion.)