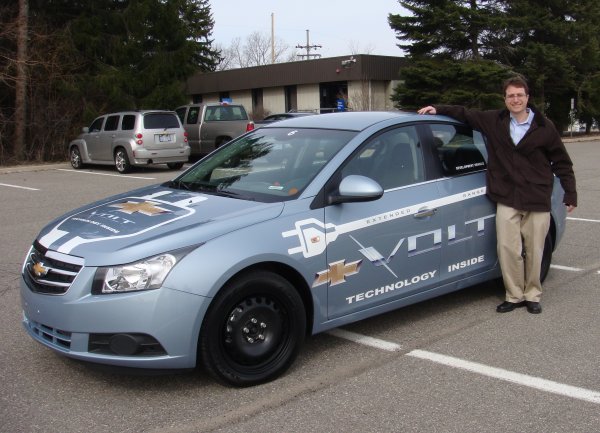 The 2011 Chevrolet Volt is getting a lot of press these days, especially with its appearance on The Late Show with David Letterman and the recent article in the June issue of AutoWeek. The latter, however, is what really caught my attention. AutoWeek had the chance to drive one of the Volt test mule cars and report on their experience. The results—ordinary.

Just in case you missed it, let’s rewind and go over the major points of the 2011 Chevrolet Volt. First off, it is GM’s all-electric vehicle offering that is scheduled to hit showrooms in late 2010 (plan to wait longer for the average Joe). It runs for the first 40 miles solely on the electric charge provided by a specially engineered battery, then it switches to an “extended-range” mode. The extended-range mode kicks the gasoline powered motor in just to keep the batteries at a minimum charge. The 2011 Chevrolet Volt is always operated by the electric motors, so the extended-range mode is really a safety net so that you can minimize gasoline usage, but still operate on electric power until you can recharge at some unsuspecting person’s electrical outlet. 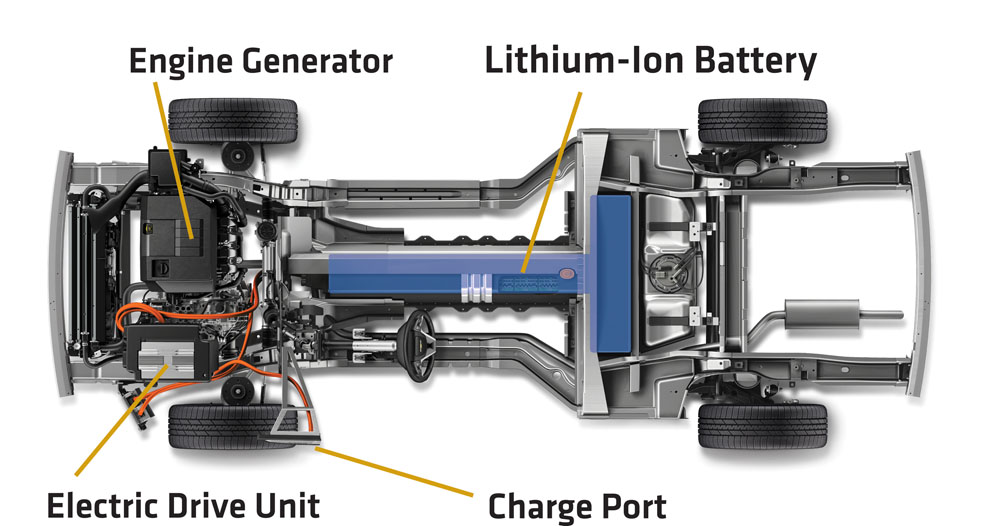 The electric technology is really the highlight of the Volt and apparently that even holds true when you go to drive one. AutoWeek reports that the driving experience was “utterly ordinary.” They weren’t able to experience the extended-range mode due to being confined in the Tech Center campus. Have no fear; there was enough room to do some 0-100 km/h (0-62 mph) sprints. GM has said that the 2011 Chevrolet Volt should reach 60 mph in under 9 seconds and AutoWeek agrees saying “that felt about right.”

So, is being ordinary a good thing? From GM’s perspective it is; as Bob Lutz said on Letterman, GM can’t sustain itself selling $100,000 cars. They need to move product out the door in quantity, so if the average consumer can’t tell they are driving an all-electric can and it works like the vehicles they are used too then it has a better chance of being a success. The 2011 Chevrolet Volt may just jump the early adopter step and land right in the mainstream if GM can pull it off. We have to remember that the “baby-boomer” generation is the largest group of aging individuals, so if they can adapt and influence future generations then the Volt will have a much better chance at long-term success.

Color me skeptical, but it is hard to see a Volt doing 100,000 miles on solely electric power, especially when after two years my laptop battery can’t hold a charge anymore. That aside, I am excited to see where the future of the automobile is heading. Who knows, we may be living like The Jetsons before you know it.

Bottom line—the Volt is light years ahead of the original EV1 concept, but the thing that hasn’t been discussed a lot is the maintenance expectations and the expected longevity in mileage.

Looking for more small car information? Check out the rest of the blogs and reviews here at AllSmallCars.com. We also have a photo gallery to quench your thirst for the latest in new car photography.