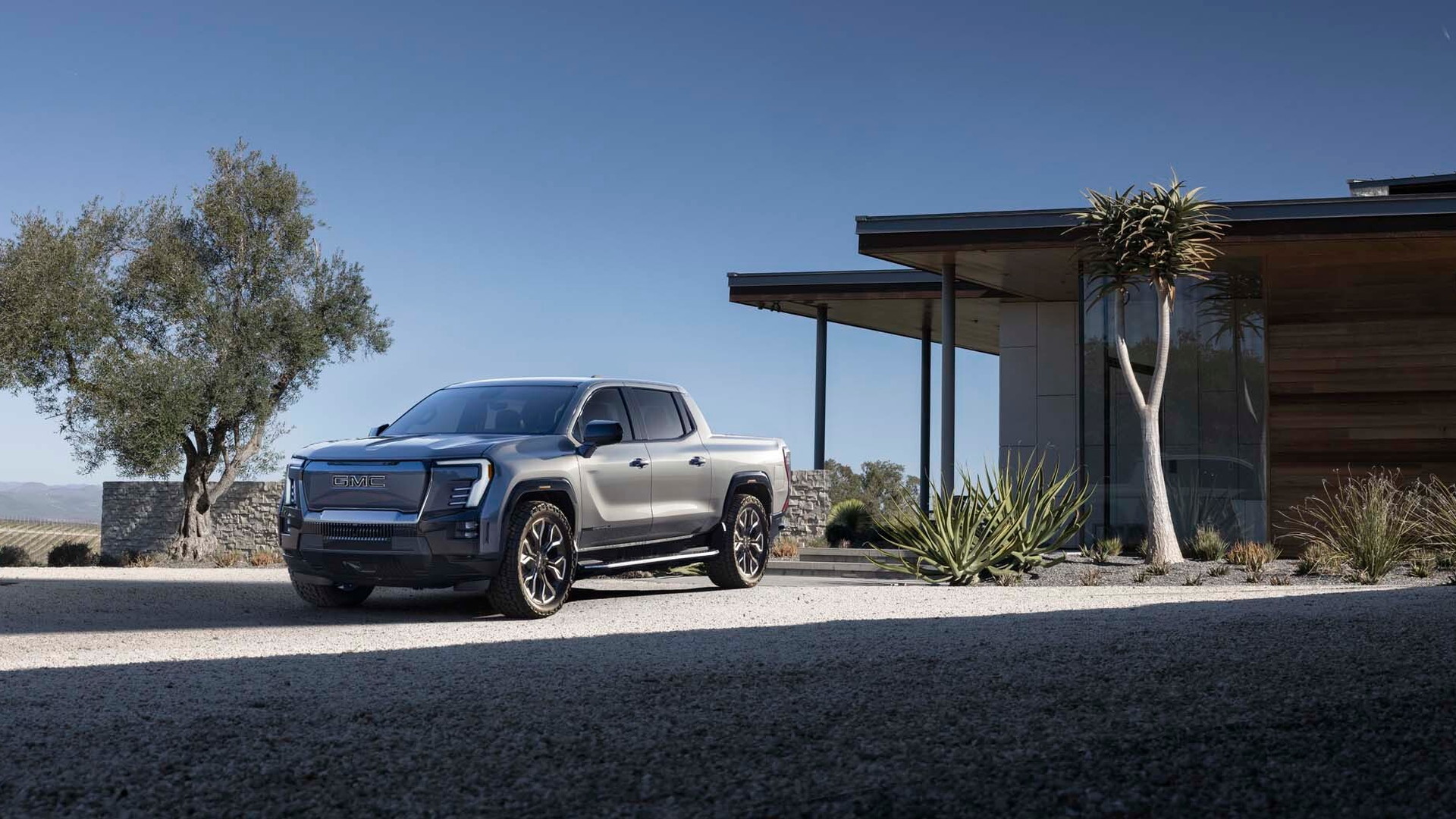 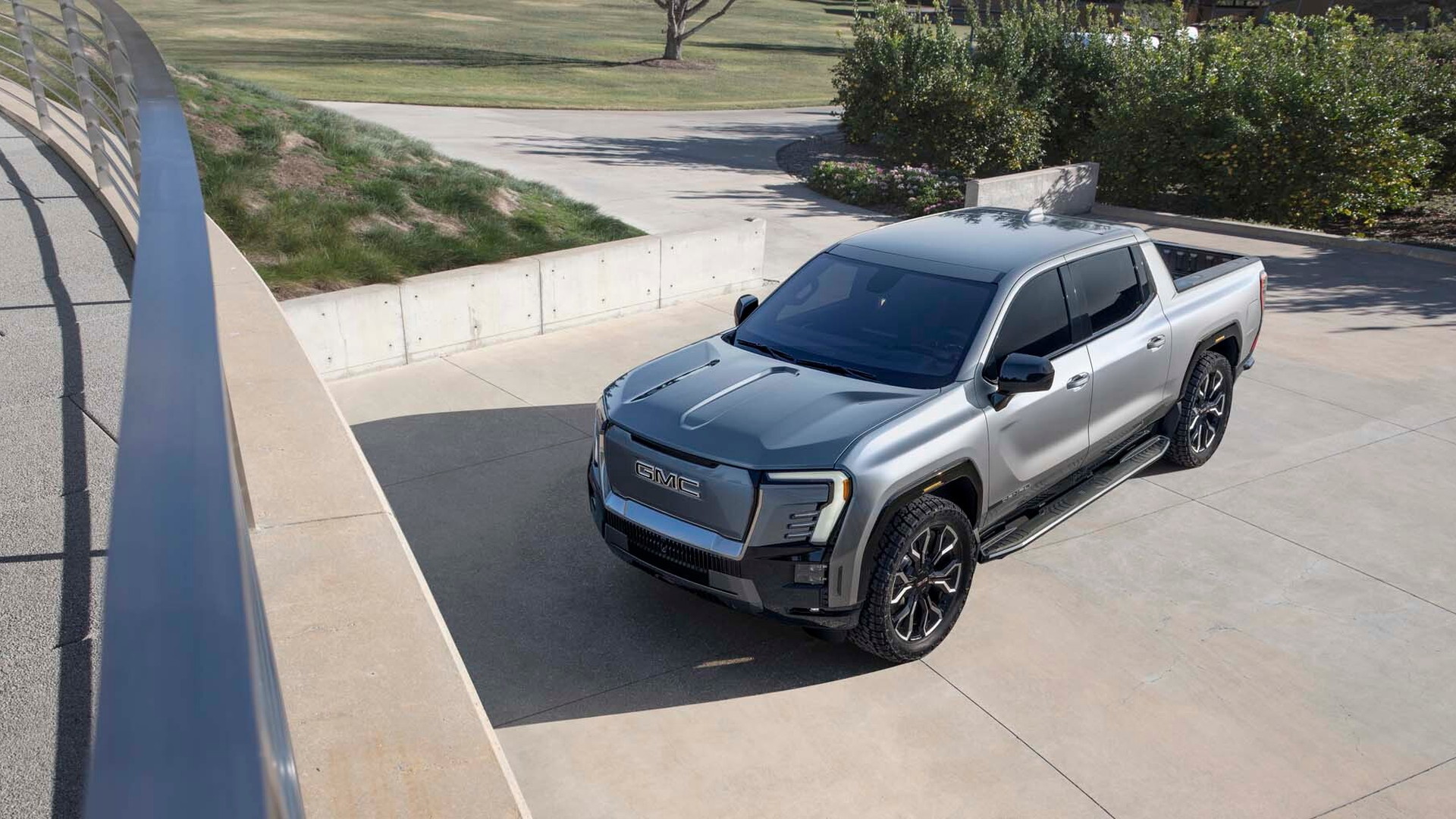 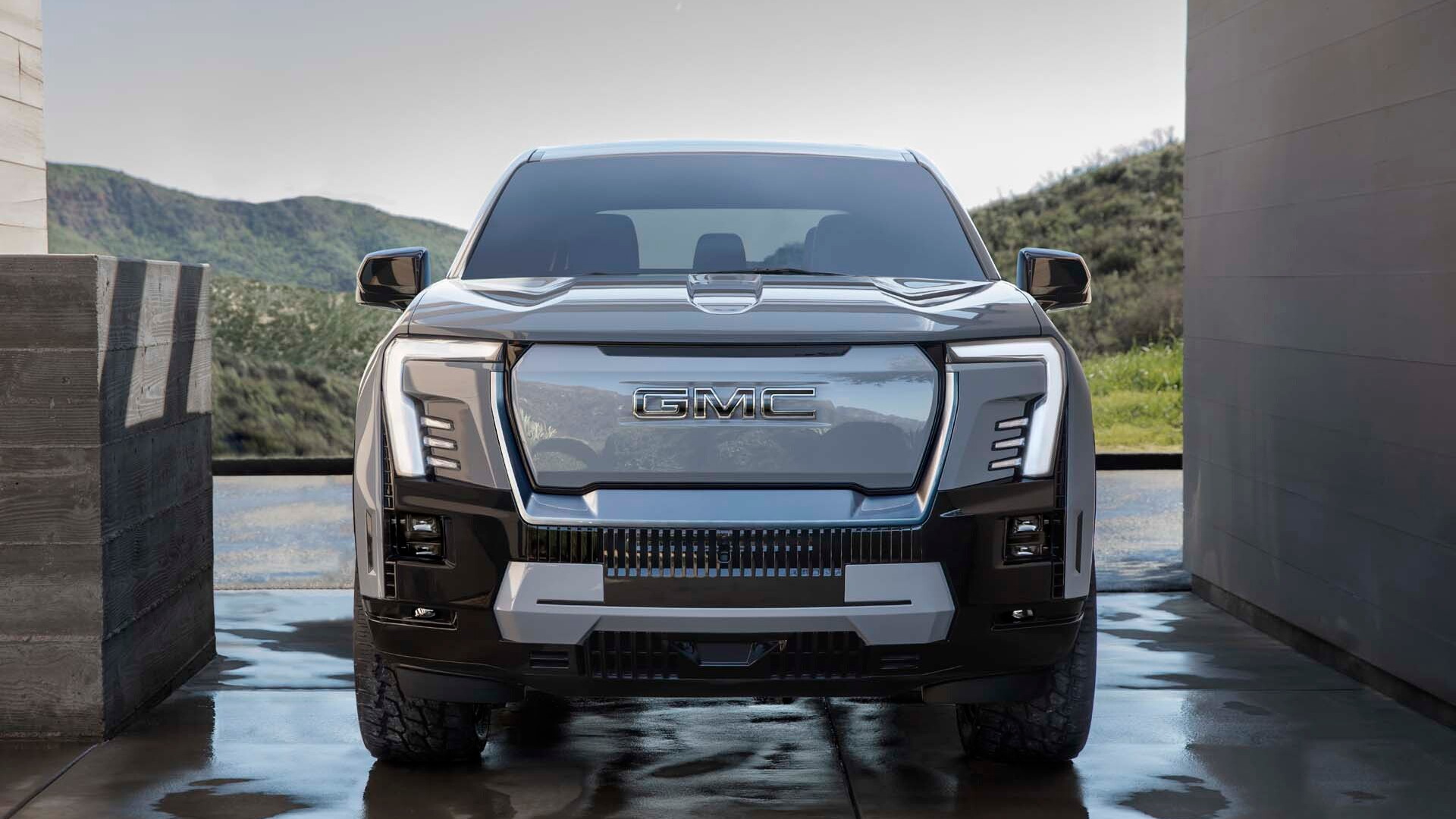 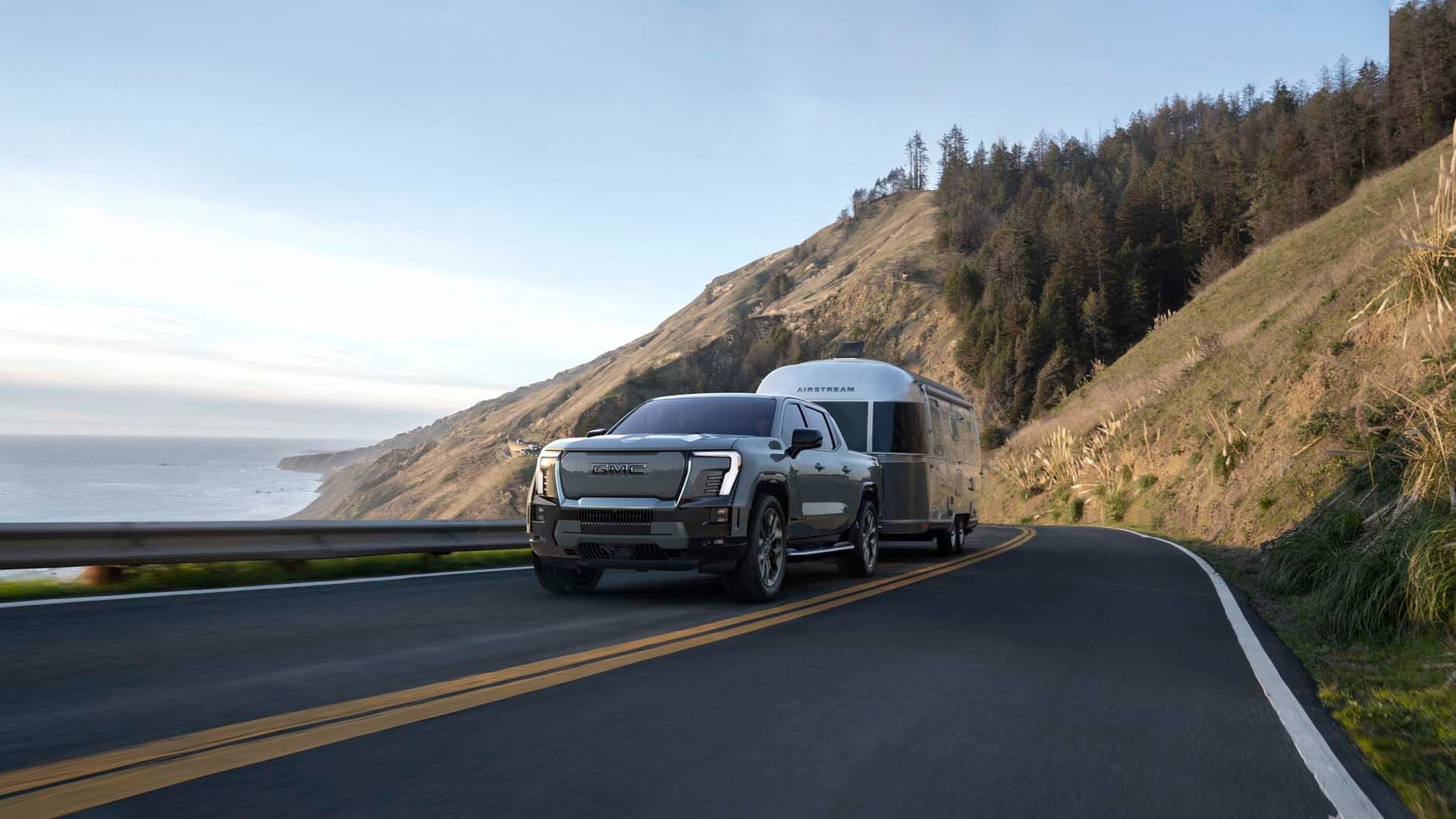 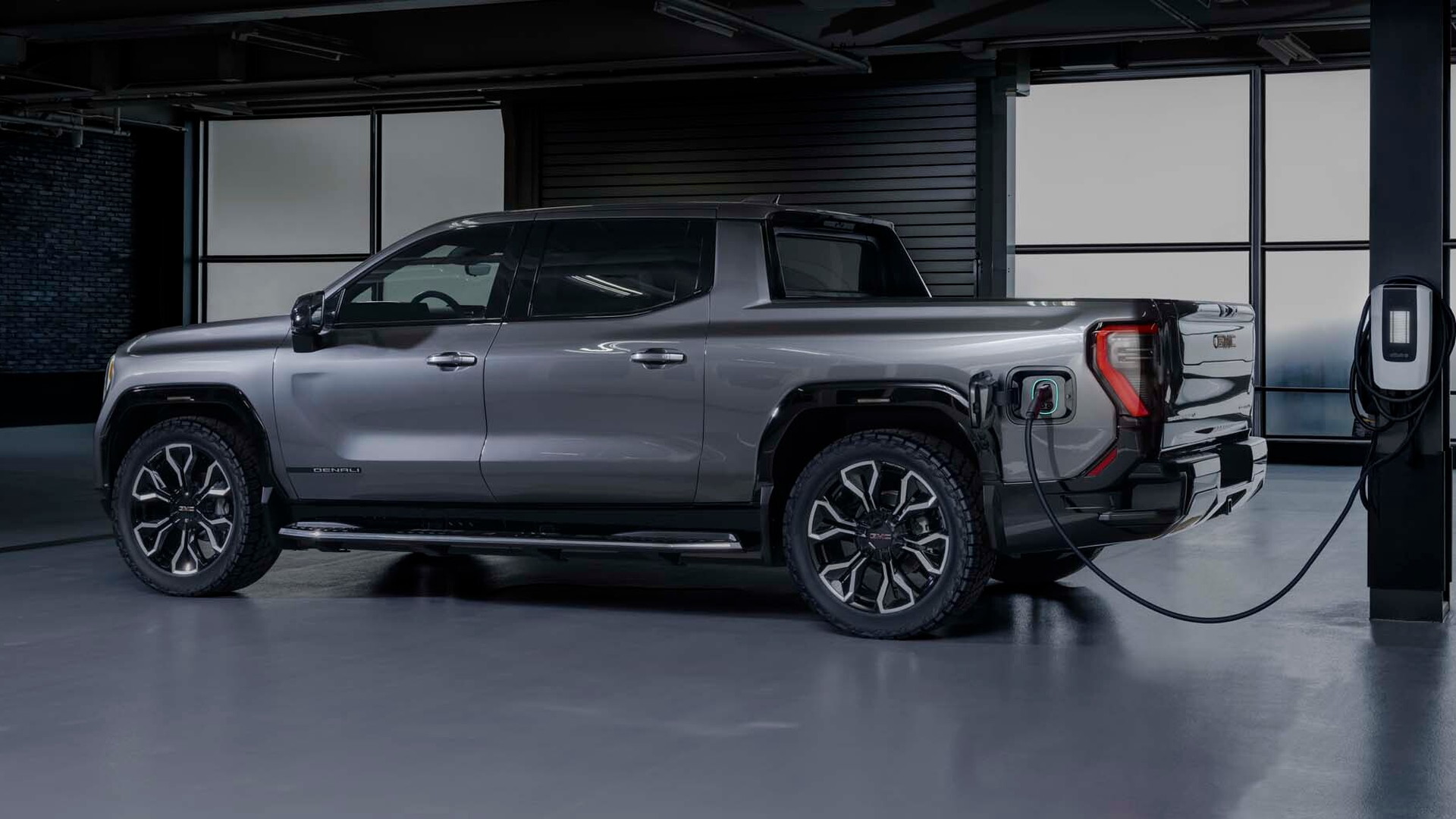 We’ve now had our first look at the 2024 GMC Sierra EV Denali Edition 1, the launch version of the latest big electric truck based on the GM Ultium architecture used for a growing range of EVs in multiple sizes and categories. The vast majority of those models haven’t hit the road yet, but the cadence of announcements continues, including that for the Sierra’s next of kin, the 2024 Chevy Silverado EV.

Other automakers have fast-forwarded plans for more electric trucks as well. Plans are already afoot for Ford’s next-generation, high-volume electric truck, and GM may also be planning a smaller Hummer pickup for the GMC brand. Of course, there’s also the possible arrival of the oft-delayed rival to the GMC, the Tesla Cybertruck.

This week, GM’s luxury-truck brand showed hand-built prototypes of what will be the first of an array of Sierra EV versions that will hit the market by the end of the 2025 model year. The design is all but final, but GMC executives asked reporters not to touch the doors or get into the vehicle at a New York City media preview earlier this week because it was such an early-stage model.

The Denali Edition 1 will be the only model of the GMC Sierra EV in the 2024 model year, with a price around $107,000 and EPA-rated range of at least 400 miles. Deliveries of Edition 1 electric Sierras will start “in early 2024,” followed for the 2025 model year by both an AT4 off-road-inspired model with a two-inch lift and an Elevation base trim. In due course, the base price of the entry Elevation model will be around $50,000, GMC said—though not until demand for the top Sierra EV trims has been satisfied.

GMC disclosed only selected specifications for the 2024 truck, including 754 hp and 785 lb-ft of torque in “Max Power” mode, providing 0-to-60-mph acceleration times of 4.5 seconds. (The Sierra EV will not have the Hummer’s “Watts To Freedom,” or WTF, launch-acceleration mode.) Towing capacity is rated at 9,500 lb, and it can export up to 10.2 kilowatts of AC power. It will fast-charge at up to 350 kw, meaning users can add 100 miles of range in 10 minutes under specific, optimal circumstances. It will also be the first GM electric vehicle without a “Push to Start” button; it will switch on automatically when a driver sits down, according to the chief engineer.

It seems safe to assume the truck will use the Hummer EV battery pack, or one very similar, since it will charge at 350 kw using a series/parallel switch to connect two 400-volt packs to enable 800-volt charging. If a 9,400-lb Hummer EV is EPA-rated at 329 miles, a Sierra EV weighing perhaps three tons should get 400 miles from the same 212.7 kwh of usable energy.

The trucks will be built at GM’s “Factory Zero” (née Detroit-Hamtramck), and additional production capacity will come later from the Orion Assembly plant in Michigan that now builds the two Chevrolet Bolt electric hatchbacks that are GM’s sole volume-production EVs this year.

Visual restraint for ‘the best’

As with the GMC Hummer EV pickup that is now one of two Ultium vehicles in low-volume production, the “Edition 1” version of the GMC Sierra EV will be a limited-edition model with essentially every available feature and option. In this case, it’s the brand’s top-end Denali trim level, which GMC is now selected by almost half of its truck buyers. The Denali models are “a shortcut for buyers to say ‘the best’” in luxury trucks, explained one GMC marketer.

That luxury perception, along with the many upgrades wrapped into the Denali package, allows the brand to charge thousands of dollars more for a truck that shares running gear and dimensions with lower-priced Chevrolet models. It’s the same argument that persuaded the White House Auto Task Force to retain the brand following GM’s 2009 bankruptcy and government-backed restructuring: GMC generates good profits using underpinnings already in existence.

Visually, the Sierra EV is more elegant and restrained than the Chevrolet Silverado EV pickup that debuted in January at CES. While all GMC trucks are “grille-centric,” to use a new design term, the grille of a vehicle with an engine has been supplanted by a “shield” that forms a blanking plate in a front end that’s entirely truck-like: high and square. The shield itself has a lit GMC badge and is surrounded by a lighted border. The daytime running lights sit high, but the headlights themselves—both high and low beams—are at the bottom of the front light stack, almost at knee level. This keeps the light at a suitable level in the rearview mirrors of smaller vehicles it may follow, GMC said.

It remains a large truck, with the cowl of the Edition 1 prototype almost at chin level on this 5-foot-11 reporter. Interior space should accommodate five 6-foot-tall occupants, though we couldn’t confirm this at the preview. The Edition 1 will ride on 24-inch wheels, the largest on any production truck, most likely using the same eight-lug hubs as the Hummer and Silverado EV. A smaller 22-inch wheel comes on less-expensive trims.

Lacking a traditional ladder frame and body, the Sierra EV also lacks a cut line between the box and the cab. The unibody structure has a 60-40 split “midgate” that extends the bed into the back-seat area of the cab, with the split rear seat back folding down to extend the load floor. The cab’s rear window also retracts into the folding midgate, opening the entire back of the cab for taller loads. Bed length is 59 inches with the midgate closed, expanding to more than 108 inches with it open, and load length can be extended to 132 inches with the tailgate folded down.

The cabin of the Edition 1 has a fixed glass panoramic roof, with an 11-inch digital instrument cluster in front of the driver and a 16.8-inch touchscreen display in the center of the dash for infotainment, some vehicle controls, and running information. Drivers can use up to 14 separate camera views to position the large truck accurately, and all displays can be reconfigured to provide the driver’s preferred mix of information and data.

Among the many features wrapped into the Edition 1 is a pair from the Hummer EV that caught the public eye in TV ads: the combination of rear-wheel steering and the “crab walk” capability of angling all four wheels in parallel to move the vehicle sideways at an angle. That will be restricted to the highest-end Sierra EV trims, according to the GMC reps.

The lag time between vehicle announcement and the start of deliveries—in this case, 15 months or more—is due to GM’s need to get Ultium battery-cell production up and running at high volume. With its joint-venture cell partner, LG Energy Solutions, GM plans a likely total of five cell production plants in North America, but the first of those—in Lordstown, Ohio—won’t start producing cells in the necessary volumes until the end of this year.

That’s kept volume of the GMC Hummer EV and the Cadillac Lyriq very low this year, and it’s the constraint on production launches of the Chevrolet Silverado EV, Blazer EV, Equinox EV, and now the GMC Sierra EV. All those vehicles have been shown to the public, and more will come, including from Buick. Meanwhile, Americans will start to see TV ads and other marketing for the GMC Sierra EV, “available soon."

If the stars line up, 2024 should be a big year for electric vehicles from General Motors. Until then, the company would be delighted to sell you a Chevy Bolt EV or EUV.