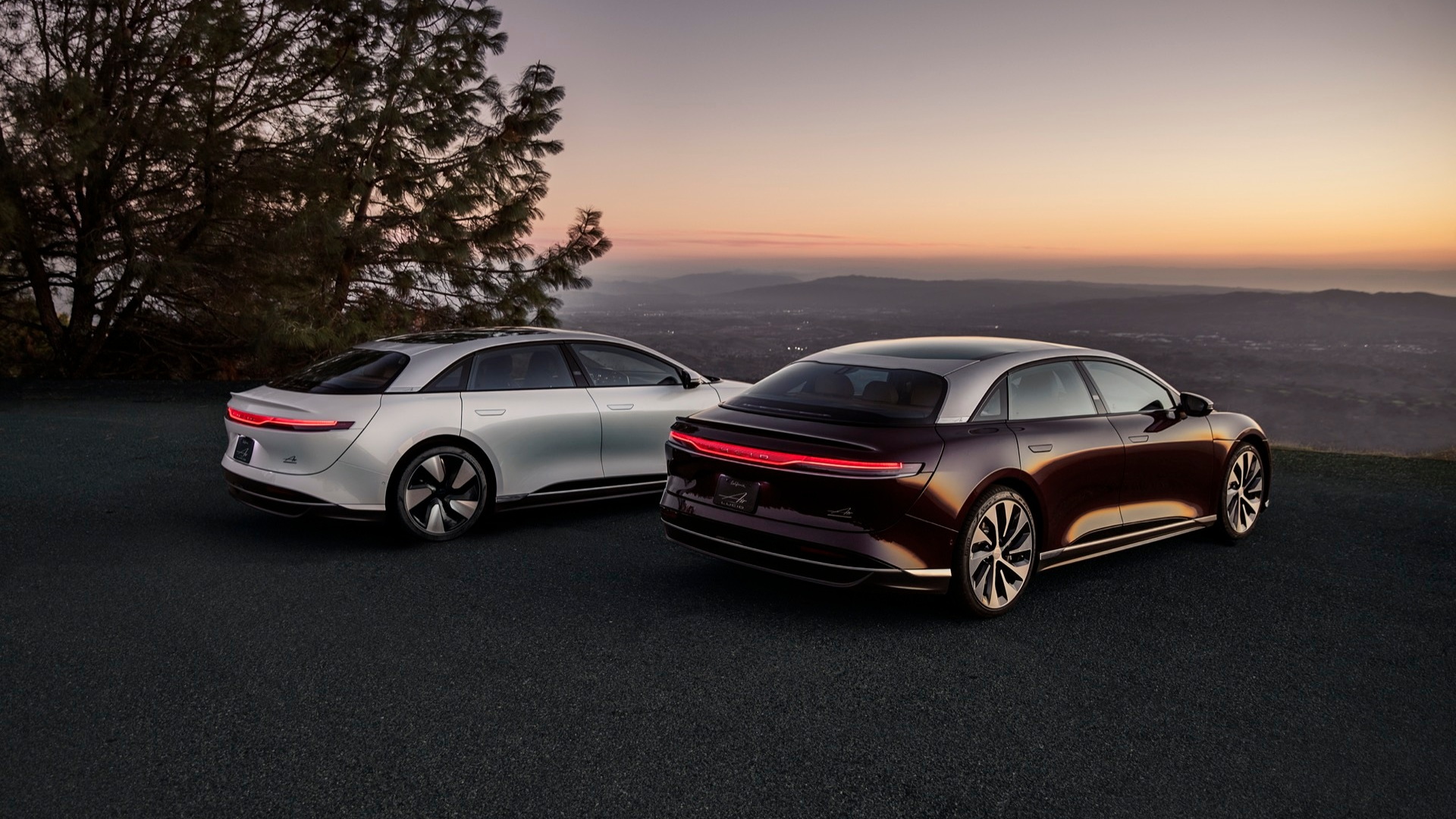 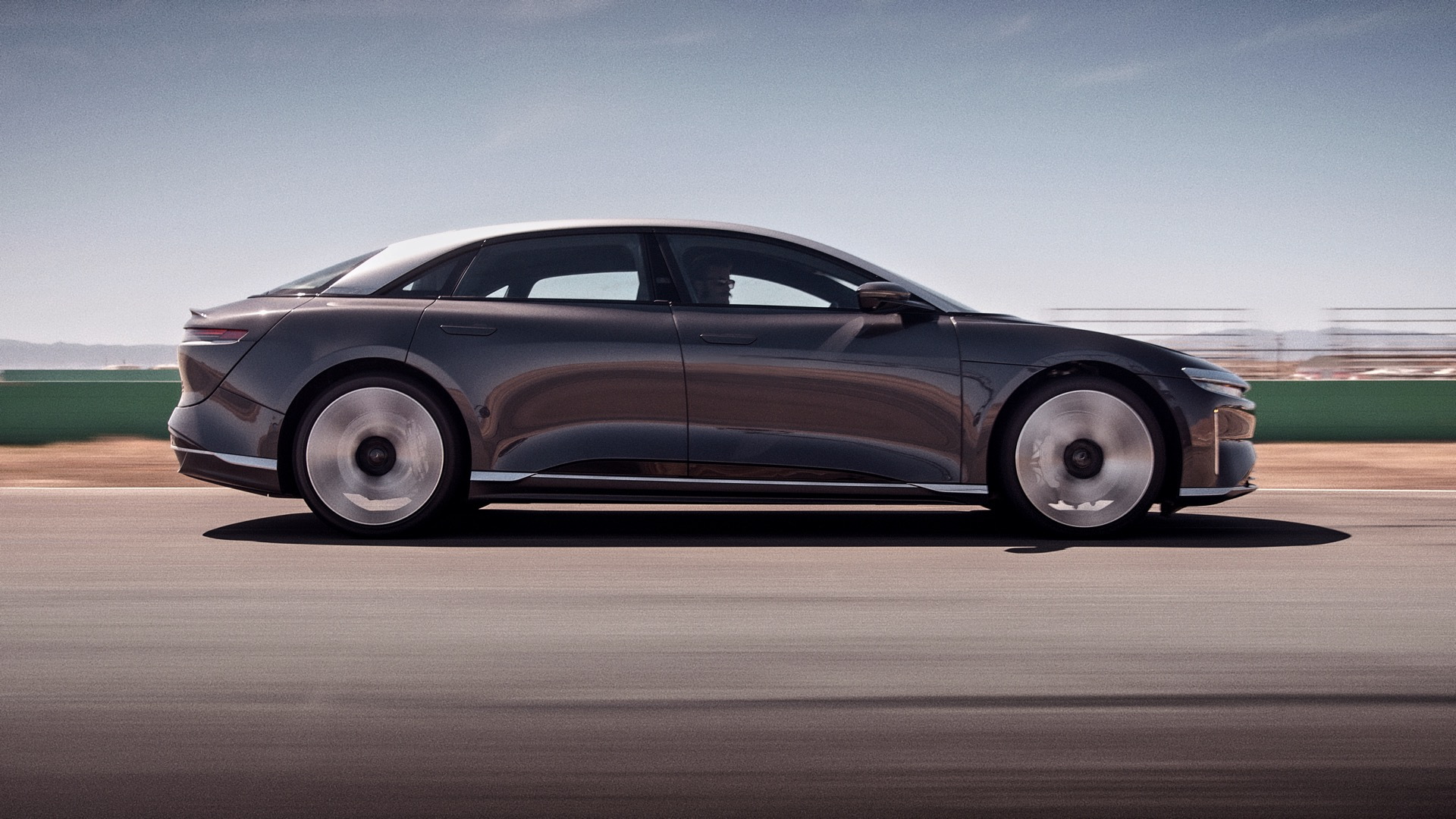 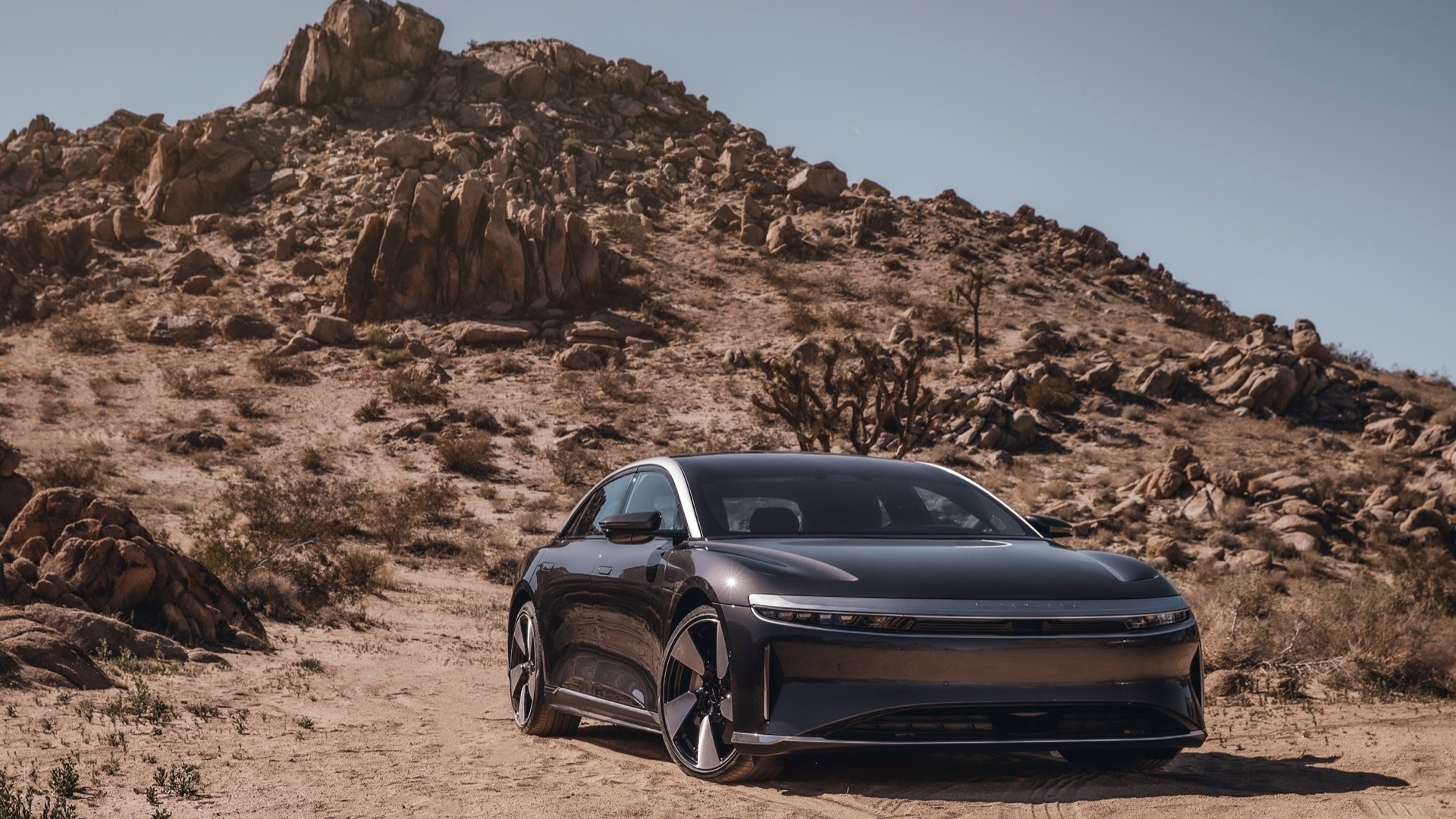 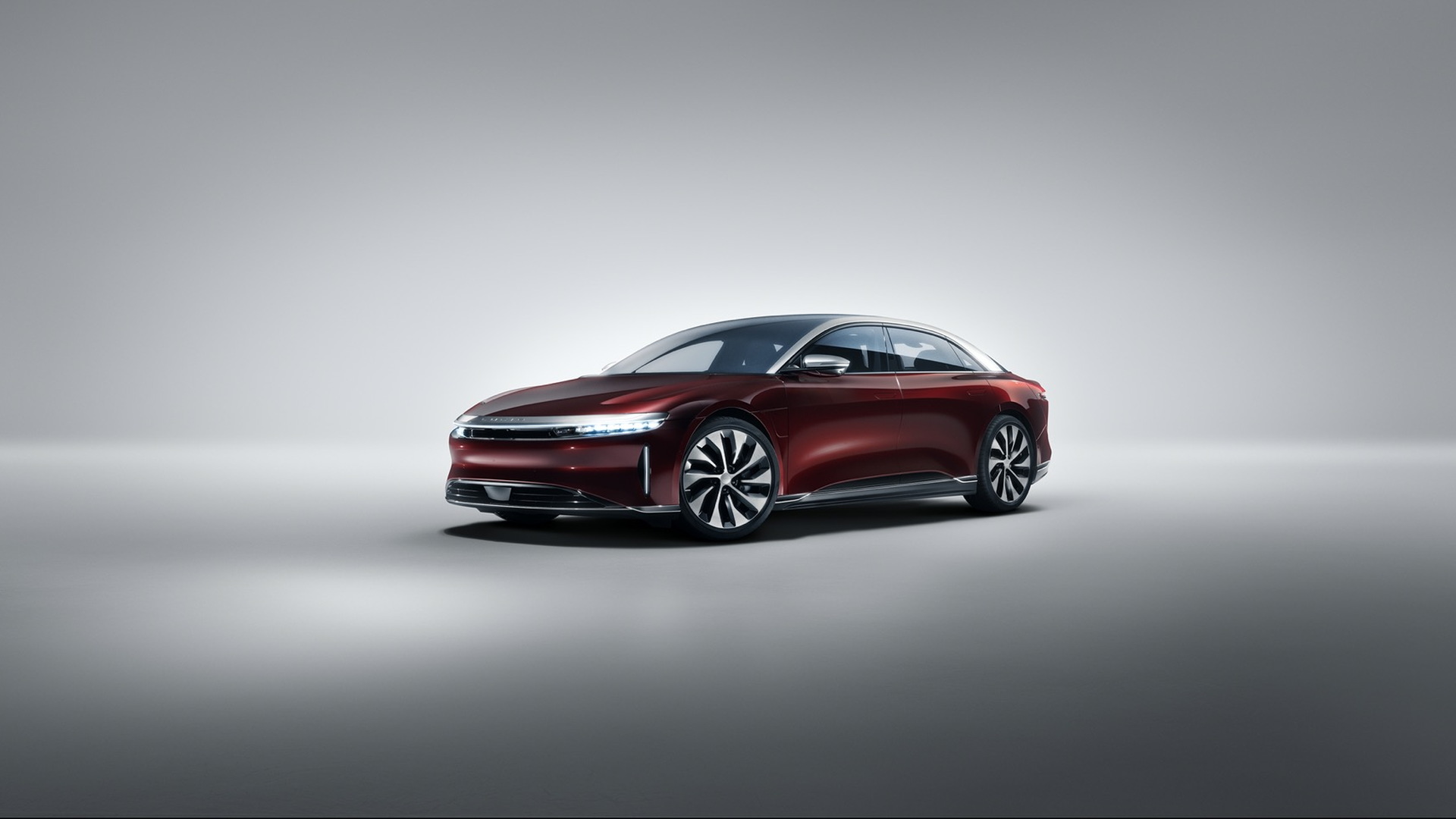 California’s Lucid Motors, which just last week started taking reservations for its most expensive model yet, the quarter-million-dollar, 1,200-plus hp Air Sapphire, might already be starting production of its most affordable, sub-$90,000 Air Pure version.

In a Twitter post Friday, the company provided a glimpse of a Lucid Air coming off the production line with a solid aluminum roof. That’s a distinct variation from the glass canopy roof built into the Air Dream Edition and Grand Touring models that the company has been making up until now. And considering that the solid roof is coming with later availability to the mid-range Air Touring but is a distinguishing feature of the Air Pure from the start, all signs pointed to the latter.

This #LaborDayWeekend, we celebrate those who roll up their sleeves and get things done. #DreamAhead pic.twitter.com/EGKJ8r9kI5

Lucid confirmed to Green Car Reports that the car in the picture with CEO/CTO Peter Rawlinson and chief engineer Eric Bach is indeed an Air Pure.

Yes, that’s the version starting at $88,900, including the $1,500 destination fee. The Lucid Air Pure will be available in a single-motor rear-wheel-drive configuration, flagged in Lucid’s build tool for “later availability”—so it’s likely that this early Pure versions have the $5,500 dual-motor all-wheel-drive option, bringing the total to at least $94,400.

The Pure is the entry point for the lineup but isn’t stripped-down; it’s the package that CEO Rawlinson has singled out for being the “purest expression of the Air,” as its flatter battery packaging—shared with the Touring—allows more rear footwell space. It is also lighter and more in line with the company’s emphasis on efficiency. In the not-so-distant future, its technology might help allow mass-market EVs that can go farther with smaller battery packs than rival models.

Lucid has listed the Air Pure as achieving an anticipated range of 406 miles—not yet EPA-confirmed, but coincidentally 1 mile longer than the current longest-range Tesla Model S. The Lucid Air shows its efficiency superiority in achieving that with a usable battery capacity somewhere near its listed 88 kwh, while the Model S has a usable capacity of about 95 kwh.

And although Tesla showed a competitive edge when Lucid first announced Air details, it’s since hiked its prices once again. At present, a non-Plaid Model S starts at $106,190—apples to apples, nearly a $12,000 difference between dual-motor versions with 400-plus miles of EPA range.

This all said, no formal announcement about its production ramp or arrival timeline has yet been issued by the automaker. The Air Touring and Air Pure have both been due by the end of the year, according to Lucid, and even though the company’s ramp-up of volume hasn’t been going as quickly as originally planned, it’s a good sign to see a mix of models being made.

At last update the Lucid Air Touring and Grand Touring were both expected in Q4, but it’s feasible that the automaker might have skipped ahead to the Pure first for supply-chain reasons and a production ramp that’s gone slower than anticipated. Earlier this year, the company pointed to glass as one of the commodity items it was having issues procuring.

Lucid last month halved its 2022 production estimate, reporting continued supply-chain and logistics challenges. The company now expects to deliver 6,000 to 7,000 vehicles in 2022, and at the end of the first half of this year had delivered 1,039 vehicles—amounting to 1,164 total Air models delivered to that date.

Finding buyers is definitely not the issue. As of August 3, Lucid reported more than 37,000 reservations, a number up about 7,000 versus the previous quarter and despite a big price hike of up to $15,000 across the model line.

Note that many will be getting the Pure for $10,000 less than its current $88,900 price, as Lucid allowed earlier reservation-holders until June 1 to lock in pricing.

Lucid currently has an installed capacity of 34,000 vehicles annually, should it push past those issues, and a Phase 2 expansion upping capacity to 90,000 units annually—including space to build the upcoming Gravity SUV—is planned for early 2023. It’s also broken ground on a Saudi Arabia factory that will be able to make up to 155,000 vehicles.