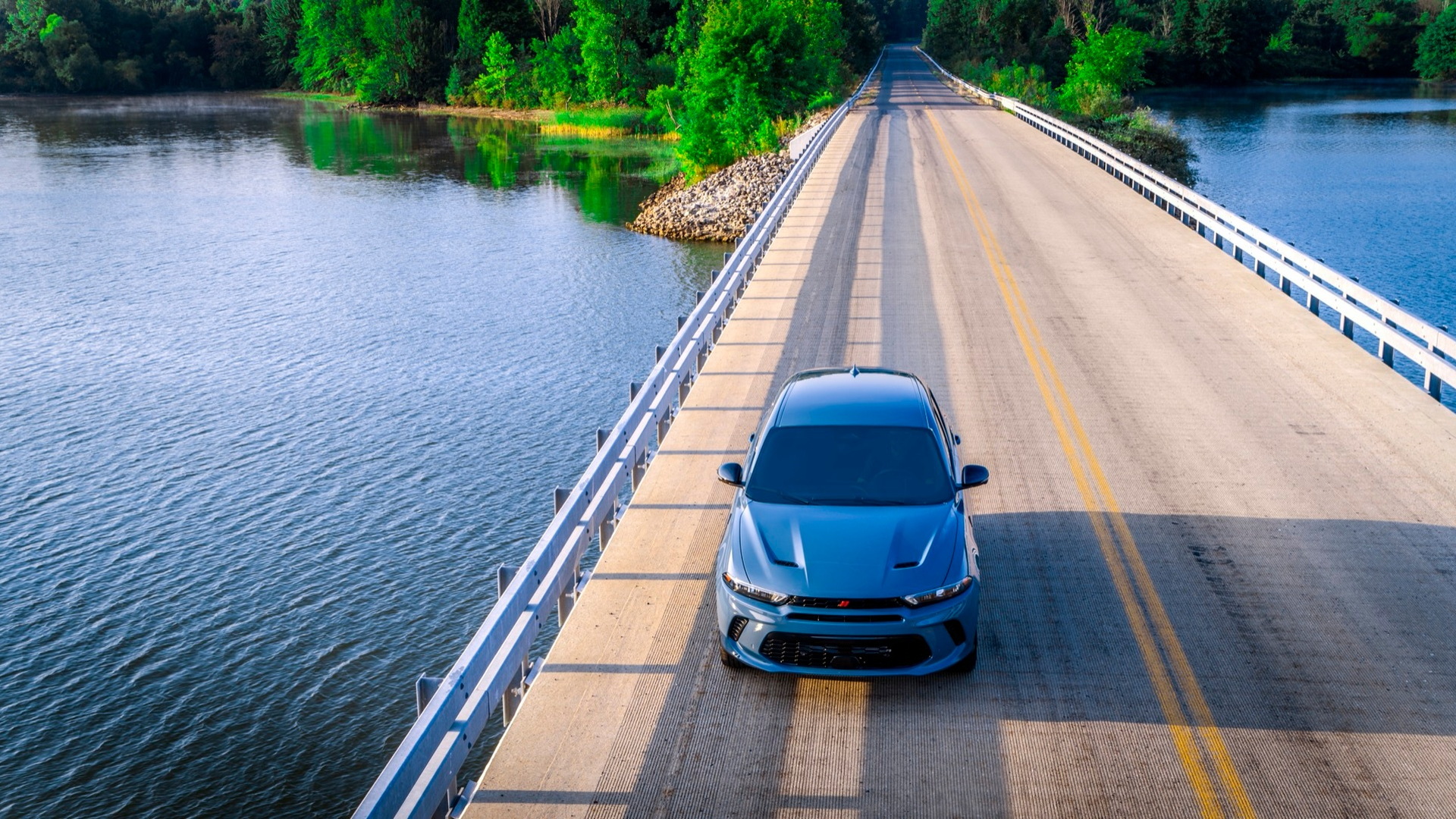 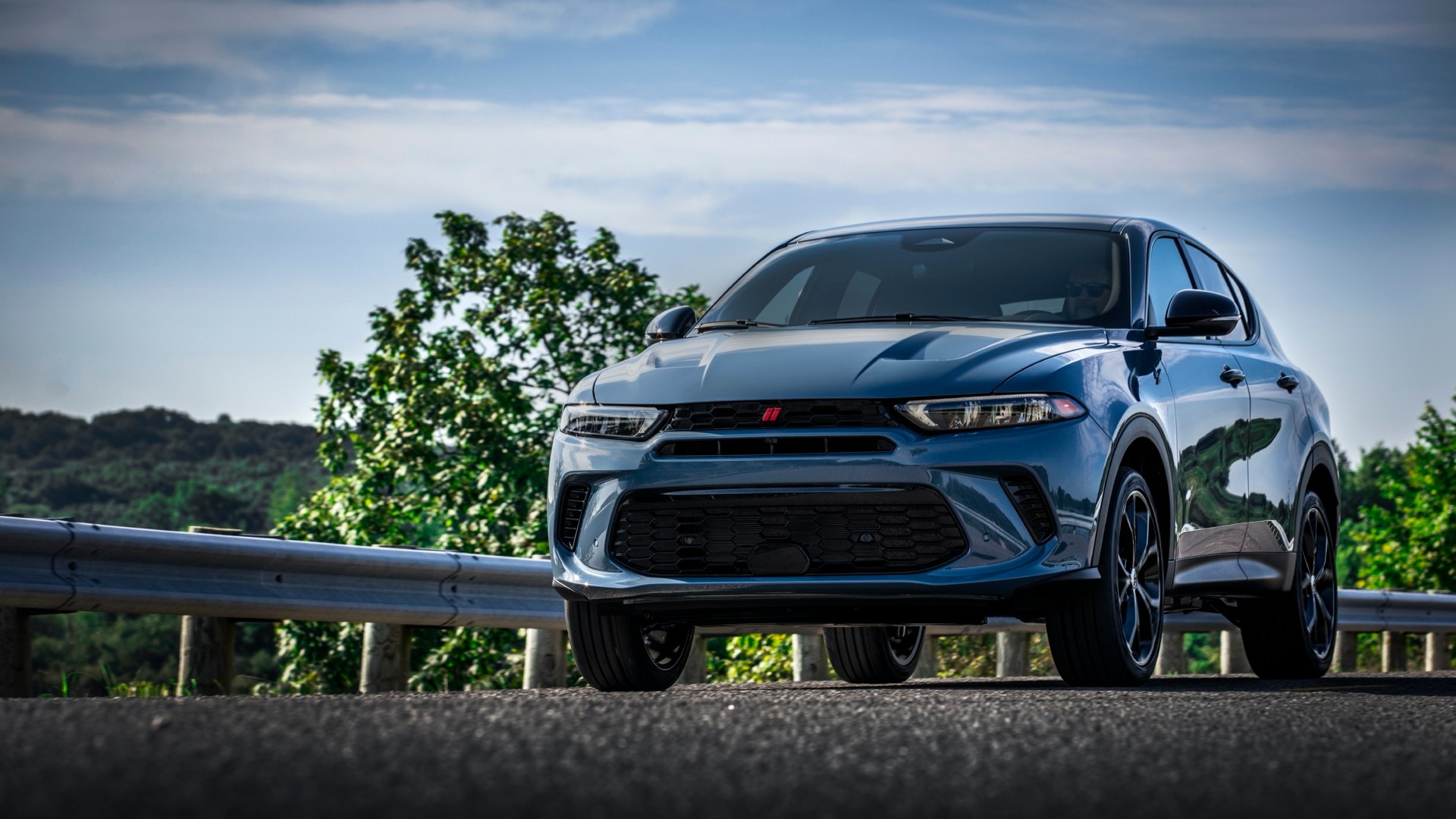 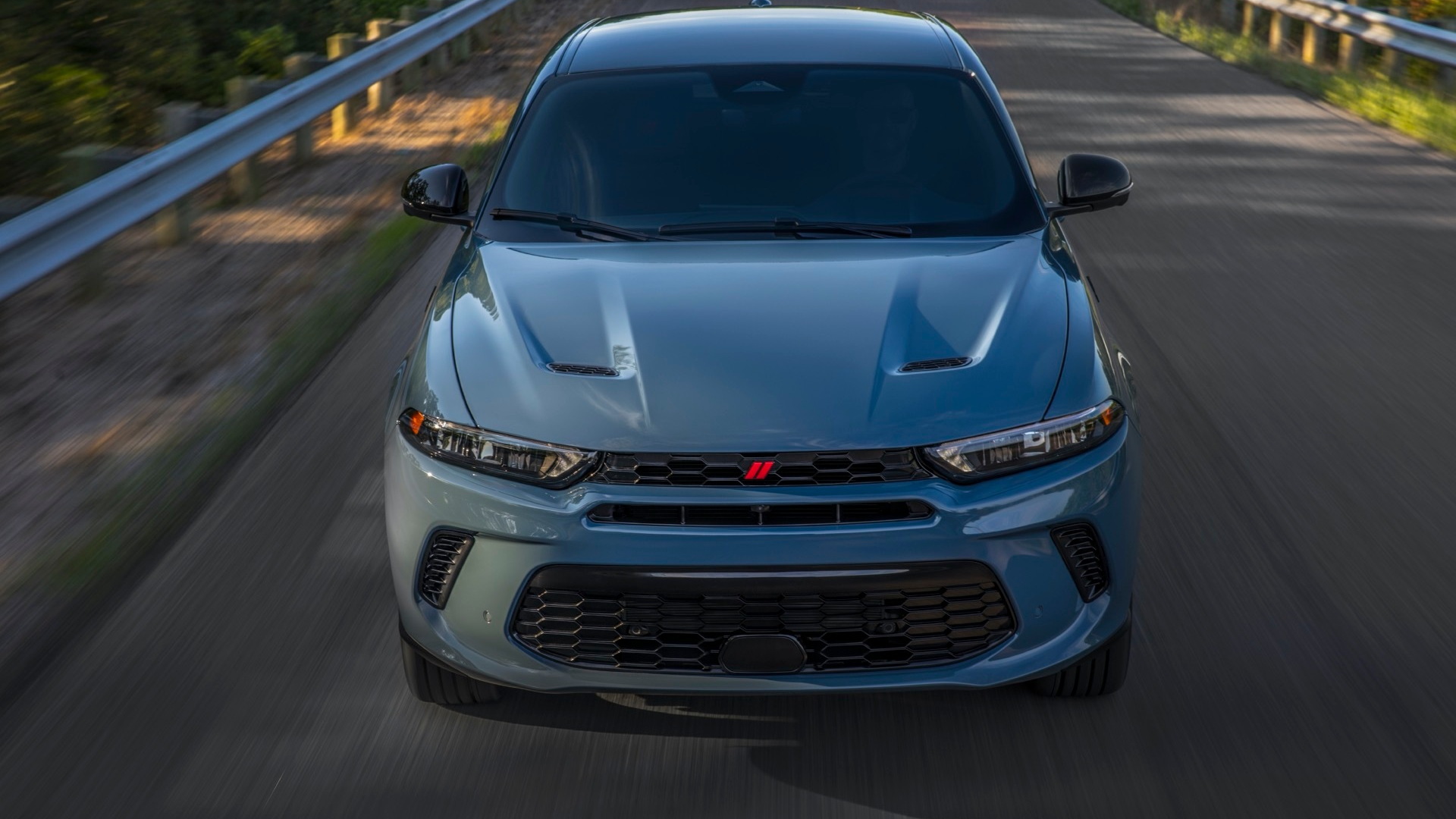 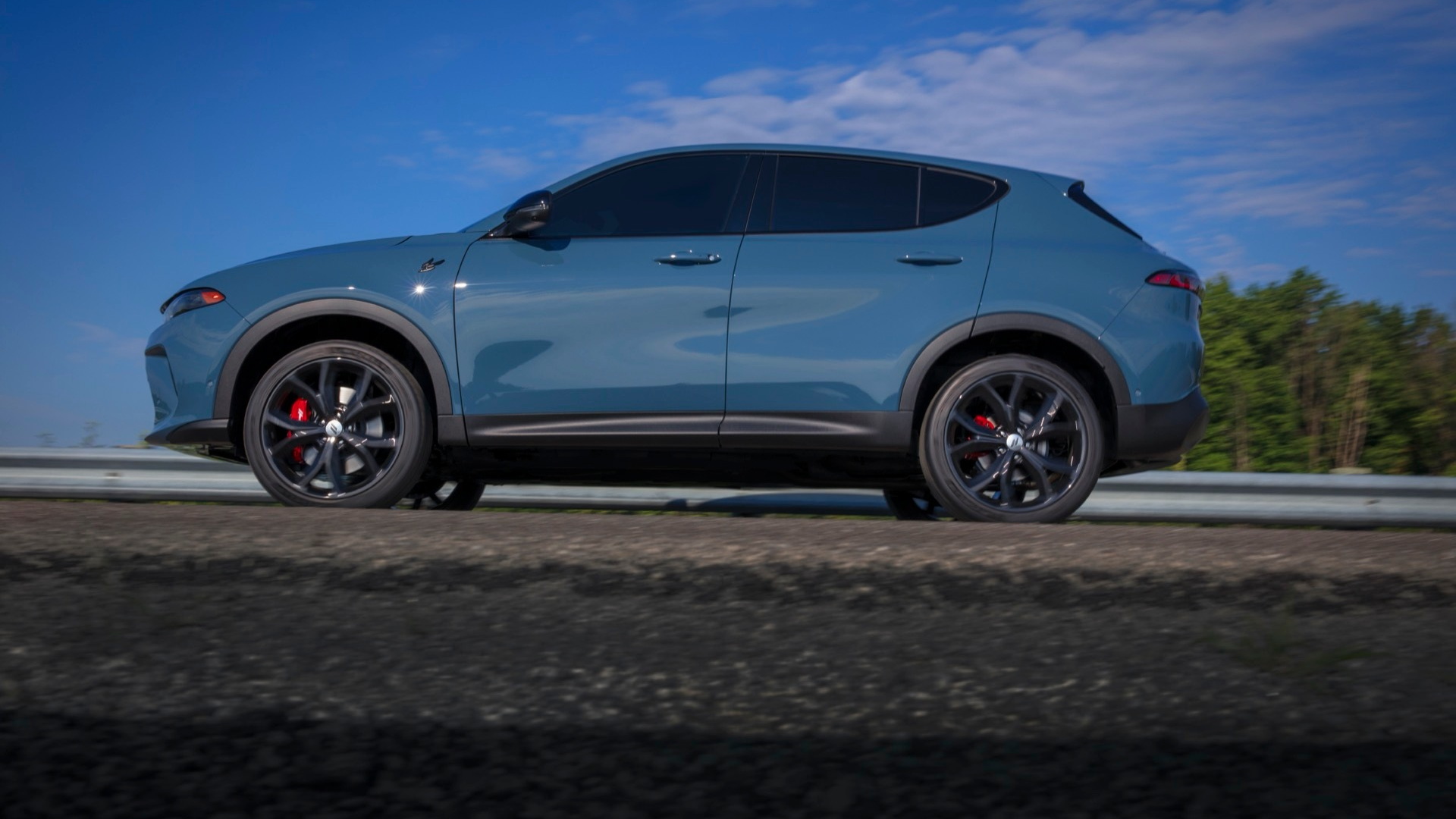 As part of a Speed Week event in Pontiac, Michigan, Dodge has revealed the 2023 Hornet, a performance-themed compact car—er, crossover—that brings some pint-size punch back to the Dodge lineup.

The Hornet will be offered as an R/T plug-in hybrid or GT model with a more powerful gasoline engine, and according to the company, it’s “ready to disrupt the status quo of the mainstream CUV segment.” At 178 inches long by about 63 inches high and a wide 82 inches, with a ground clearance of just 6.1 inches for the plug-in R/T, that segment doesn’t include much to compare it to—although we’d single out the Kia Niro Plug-In Hybrid on the plug-in side.

Focusing in on that model: The plug-in hybrid R/T will be a hybrid system that provides all-wheel drive with electric power only at the rear wheels. It’s powered by a 1.3-liter turbo-4 gasoline engine, with a 44-hp motor system integrated with the crankshaft up front and capable of acting as a starter and adding torque to supplement shifts of the 6-speed automatic transmission. Separately there’s a 90-kw (121-hp) electric motor at the rear wheels that propels the vehicle in its electric-only mode.

The R/T's 15.5-kwh battery pack allows it to go more than 30 miles of EPA electric driving range, according to Dodge, with efficiency still an unknown. Between Hybrid, Electric, and E-Save modes, drivers will have some choices but not an overwhelming number of them. The 7.3-kw onboard charger allows a full 240-volt charge in as little as 2.5 hours.

All in all, the R/T’s powertrain provides a combined 288 hp and 383 lb-ft of torque—representing 199 lb-ft from the engine-bay pairing and 184 lb-ft from the rear e-motor. At 6.1 seconds to 60 mph, using a PowerShot feature enabling a brief 25 hp extra, it’s quicker and more powerful than the GT, with a 2.0-liter turbo-4 and “265-plus“ horsepower, hooked to a 9-speed automatic, but the Hornet has no chance of being a green car in this form.

Both of the Hornet models display more than a few muscle-car cues—tipping up toward the Charger and Challenger, which are due to plug in next year for even better electric performance. A Sport Mode in the Hornet takes advantage of a dynamic torque vectoring system that acts as an electronic limited-slip differential. Dodge claims that the Hornet can pull off best-in-class maximum lateral g-force performance—of 0.90g for the R/T.

The Hornet rides on a fully independent suspension, with a MacPherson strut layout in front and a three-link layout in back. All versions come with Koni frequency selective damping shocks for handling and comfort, and a Track Pack available on the R/T and GT allows driver-selectable suspension damping.

The R/T has what Dodge terms a class-exclusive brake-by-wire system—plus an e-coasting regenerative braking mode—and Brembo four-piston front fixed-caliper brakes are included with the R/T and optional with the GT.

Dodge hasn’t yet detailed the pricing and packaging, but it will include a great, extensive list of features, with a 12.3-inch instrument cluster, 10.3-inch touchscreen good for wireless Apple CarPlay and Android Auto. There’s also an Alexa voice assistant, and 14-speaker, 465-watt Harman Kardon audio on tap. A set of active-safety features is also included, with pedestrian and bicyclist detection, blind-spot monitoring, and cross-traffic alerts standard and adaptive cruise control among the options.

With the debut, Dodge also rolled out a Hornet GT GLH Concept, paying homage to the Dodge Omni GLH from the 1980s. That model shows off a new line of aftermarket parts called Direct Connection—bringing additional suspension lowering, an “unrestricted” dual exhaust, and wheels and striping. Even plug-in hybrid R/T buyers might appreciate how it adds some original hot-hatch nostalgia—even though the Hornet’s shape doesn’t necessarily evoke it.

Dodge has said that the Hornet will start under $30,000. It’s going to be built in Naples, Italy, so it won’t be eligible, as some other plug-in hybrids are, for any amount of the $7,500 EV tax credit.