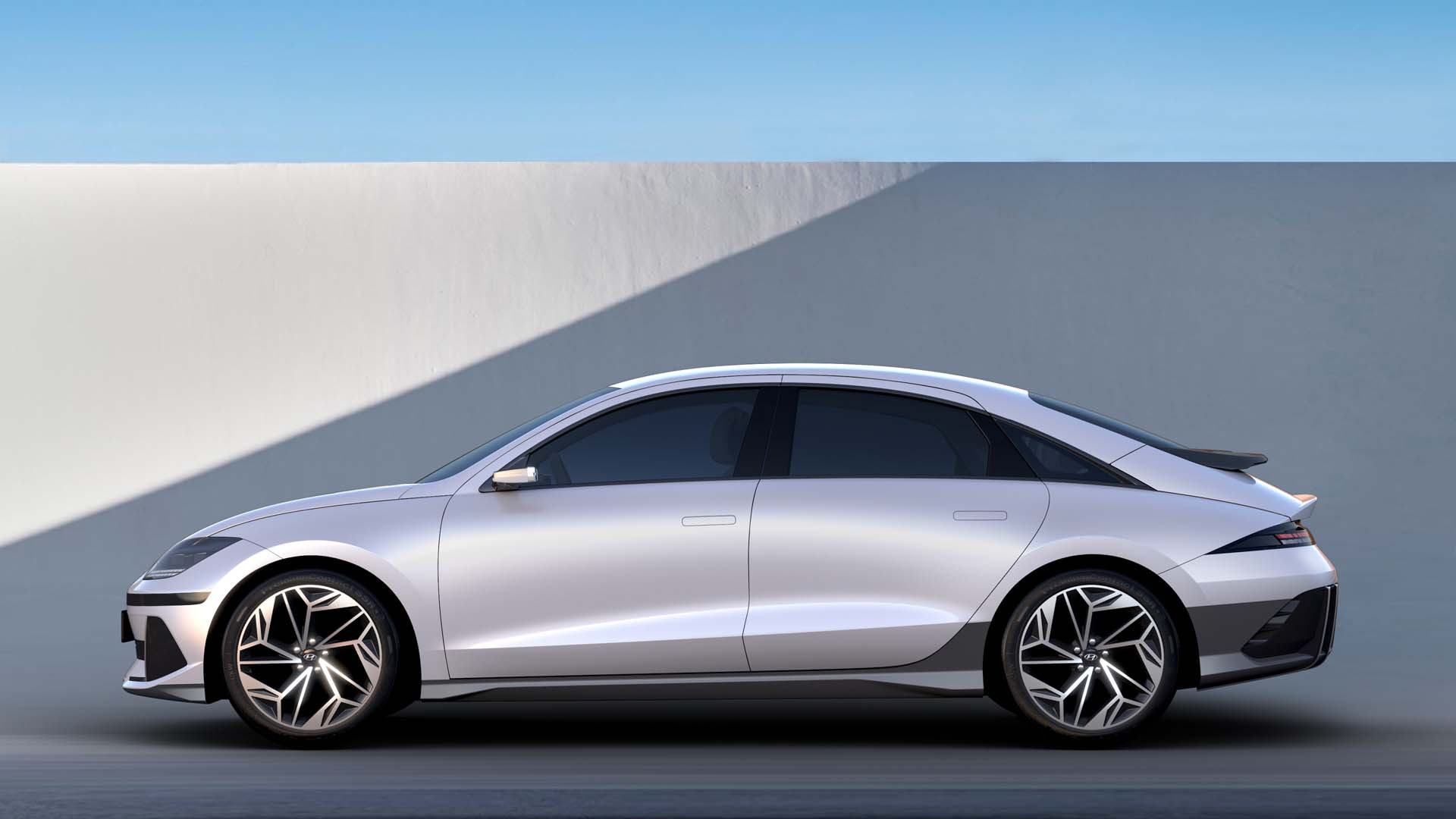 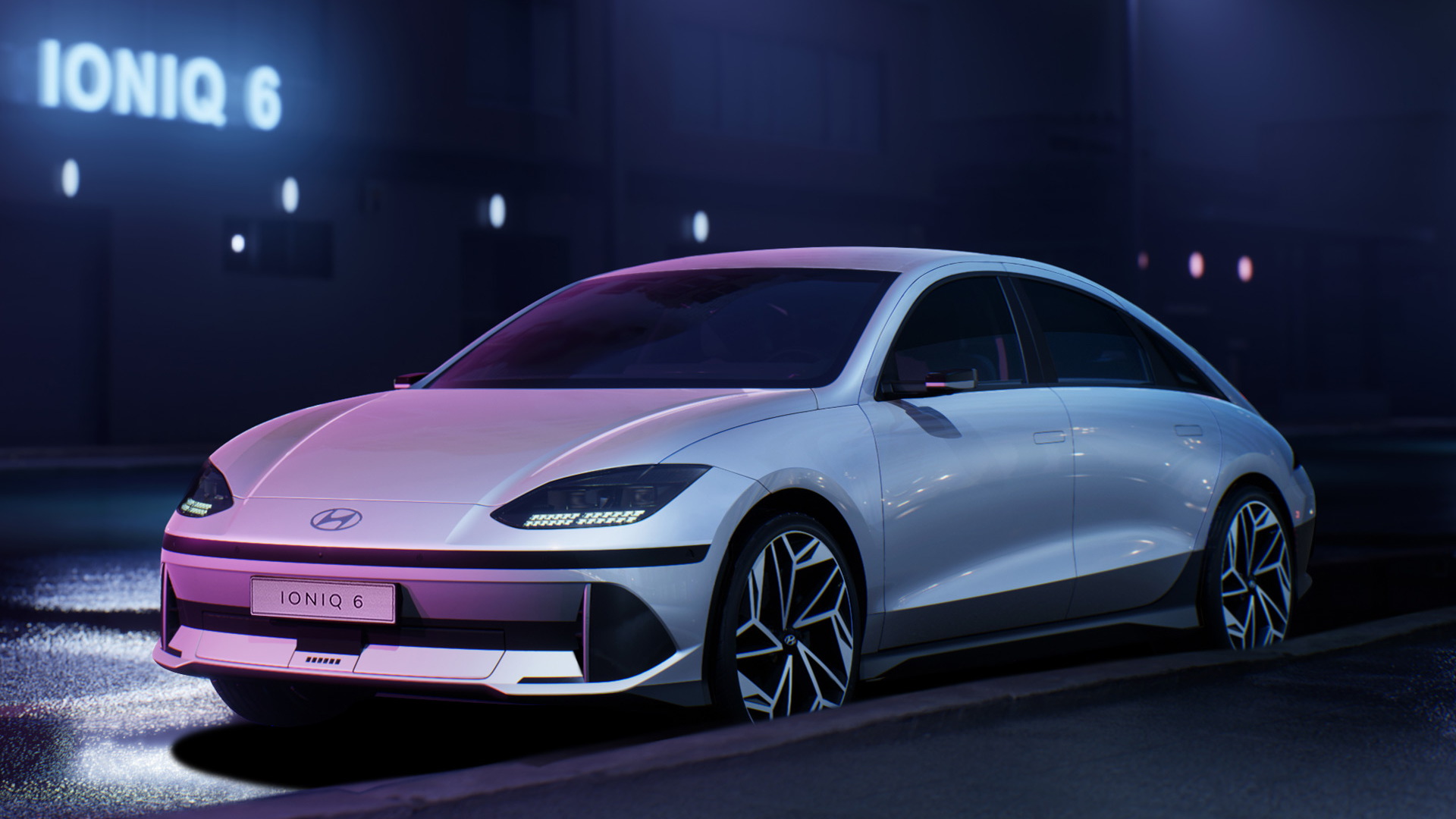 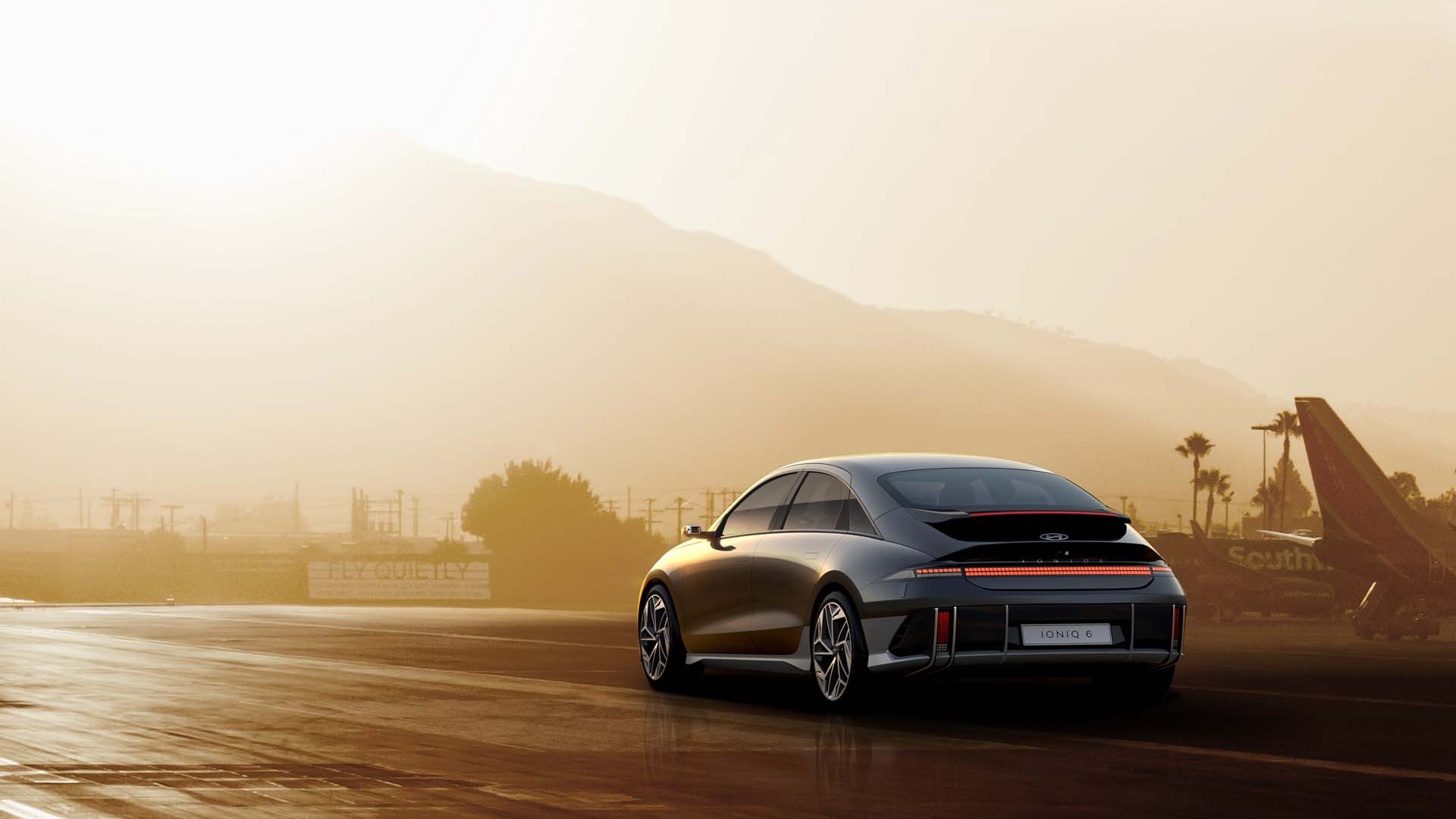 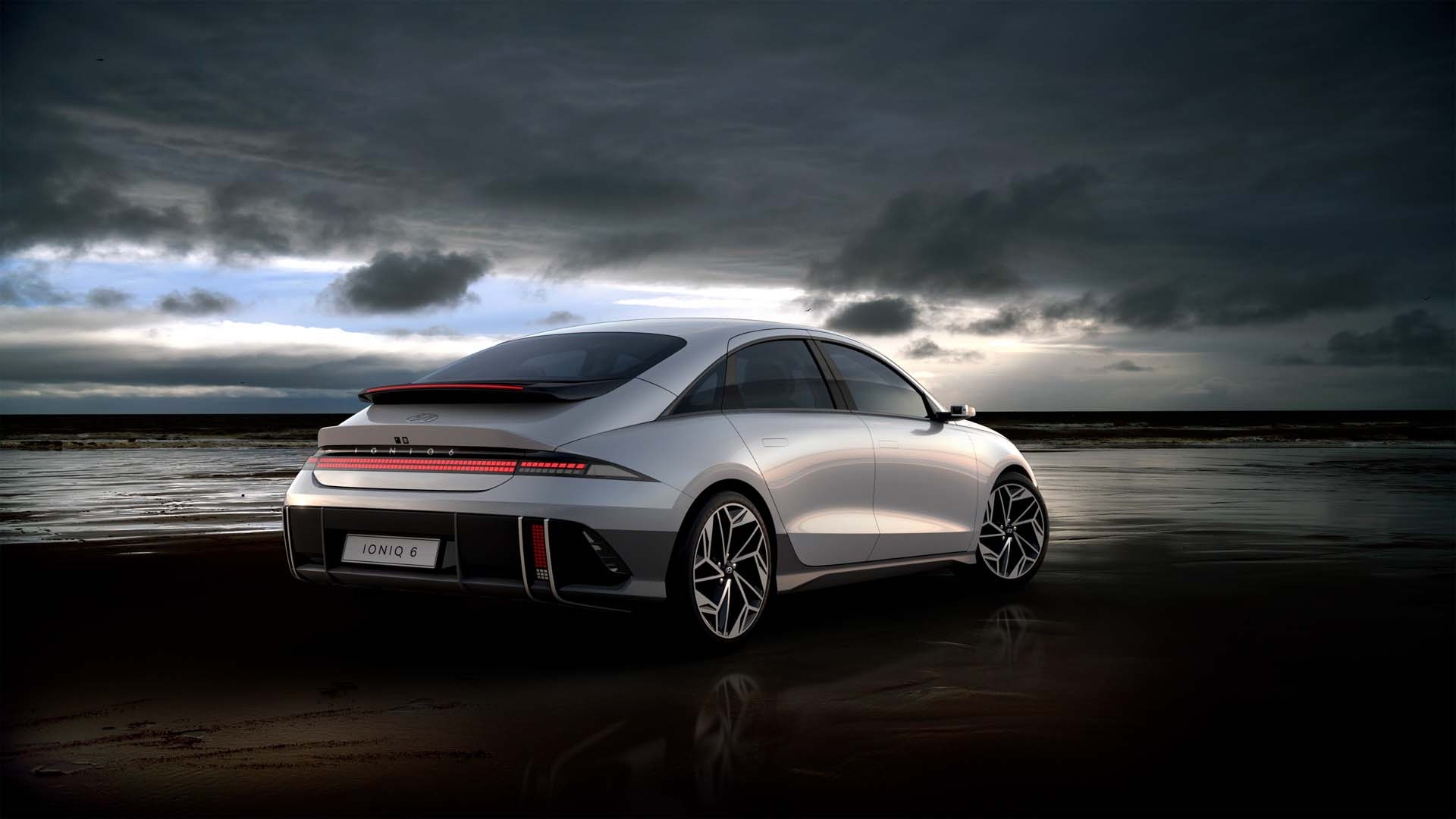 Hyundai late Wednesday revealed more information about its sleek Ioniq 6 electric sedan, including a timeline for its U.S. arrival.

The U.S.-spec version of the Ioniq 6 will debut in November, while the model will be built starting in January, and first deliveries will be made during the first quarter of 2023, Hyundai confirmed. As expected, the battery pack carries 77.4 kwh, and the Ioniq 6 can charge from 10-80% in 18 minutes, just like the Ioniq 5.

There are a lot of similarities, for sure. But the Ioniq 6 sure doesn't look like the sibling it almost is. As part of a background session on the Ioniq 6, Hyundai design chief SangYup Lee gave some insight into why this electric sedan looks so different than the equally head-turning Ioniq 5 that shared some of its development and preceded it to market—even though the two models have the same platform underneath, down to the exact same battery chemistry.

In addition to “streamliner” nods to a 1920s aviation aesthetic, Lee pointed to the Stout Scarab, the Phantom Corsair, and the Saab 92 as influences.

Lee noted the model’s very low hood and relatively high roof—all a single curvature, all the way to the end. “This is one of those proportions only an EV can do, not ICE,” he summed. “So we really wanted to try to emphasize our design on this.”

An interior reconceived around living space, the parametric pixel theme, and an emphasis on sustainability and sustainable materials are the three key pillars that are shared over the Ioniq lineup, Lee outlined. The living space is enabled by the low battery positioning and flat floor afforded by E-GMP; and the pixel theme is a “differentiator for an EV era, just like the radiator grille was for many brands in the ICE era.”

Lee said that from the 45 concept originally shown in 2019, brought to production in 2021 as the Ioniq 5, to the Prophecy concept shown in 2020 that’s a harbinger of the Ioniq 6, each Ioniq model will follow a different theme yet have those three key pillars.

The Ioniq 6 cabin has been designed as a “mindful cocoon” and around the idea of personalized space. “This is based on the belief that a car should be an embodiment of lifestyle,” Lee emphasized. “The way of using a car is a bit different, resulting in a different look behind the designs with diverse lifestyles in mind rather than a one-size-fits-all approach.”

All these vehicles are built on a flat floor, with the cabins becoming more the living space than the driving space. Front seats are approximately 30% thinner than in comparable cars, providing more space, while a rigid high center console is designed for a laptop—with plenty of corresponding power ports.

Just as in the Ioniq 5, Hyundai is providing an interface that can provide a very personalized driving experience, including steering assist, accelerator sensitivity, and other driveline characteristics. There’s also a lighting feature that ups the cabin brightness based on your driving speed or style.

“We like to describe our model portfolio as different chess pieces, complementing a perfect set,” he added—essentially the analogy mentioned by Hyundai’s head of its styling group, Simon Loasby, to Green Car Reports last year, regarding the Ioniq Seven SUV. “This is why Ioniq 6 is different from Ioniq 5.”

The Seven Concept is already leading the way to how a full-size SUV will be in the EV era, Lee added.

How will the 5 and 6 fit in for the U.S. market? Hyundai Motor America senior vice president Randy Parker helped provide some differentiation.

“Ioniq 5 is aimed at young families, while Ioniq 6 is aimed at young single professionals looking for exceptional exterior styling, an upscale interior, and packed with all the latest and greatest technology,” he said.

Count that as a suggestion for how pricing and packaging might work—which is still months away. Based on how Ioniq 5 interest and availability has played out so far, go make friends with your local dealership.