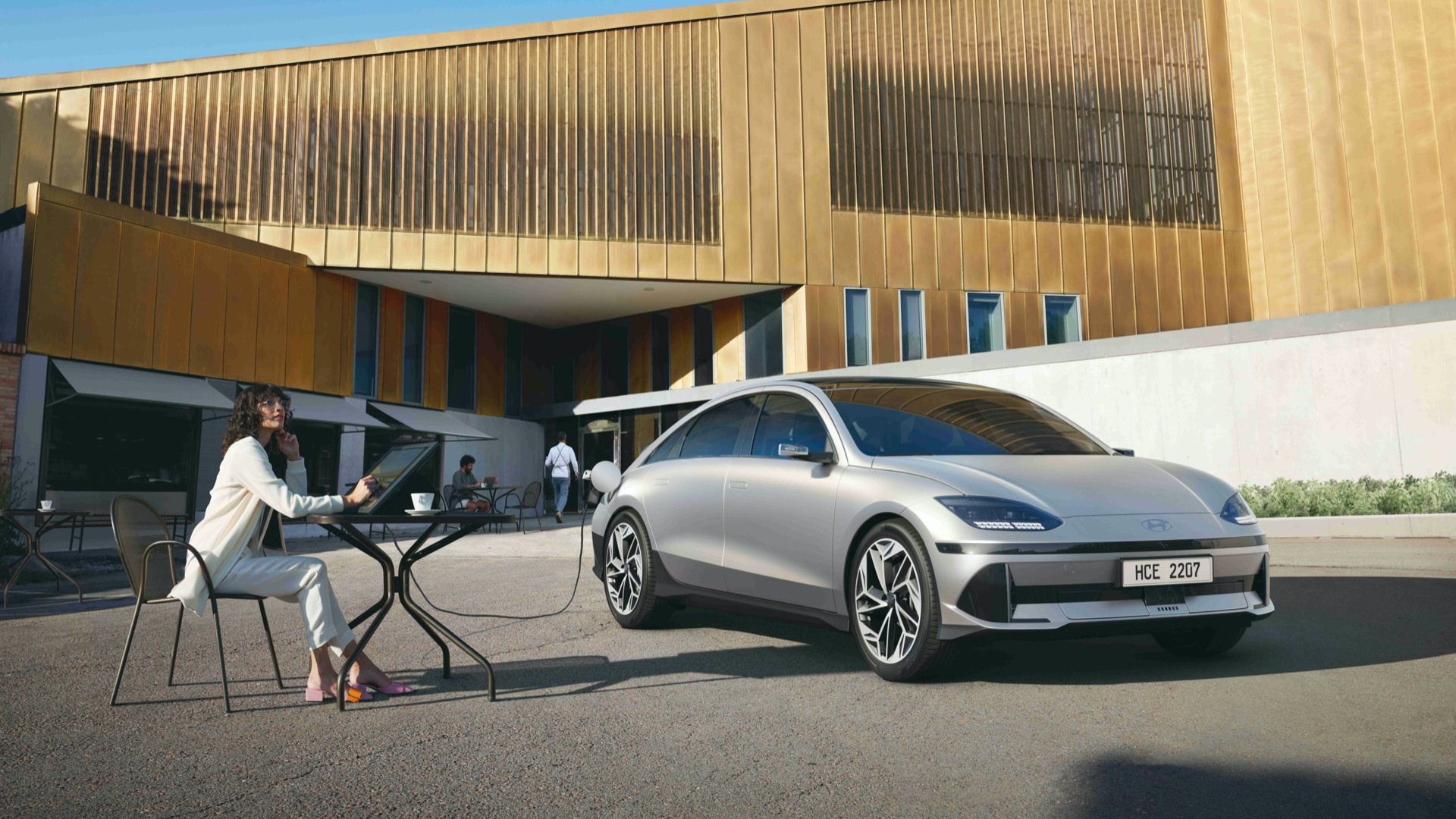 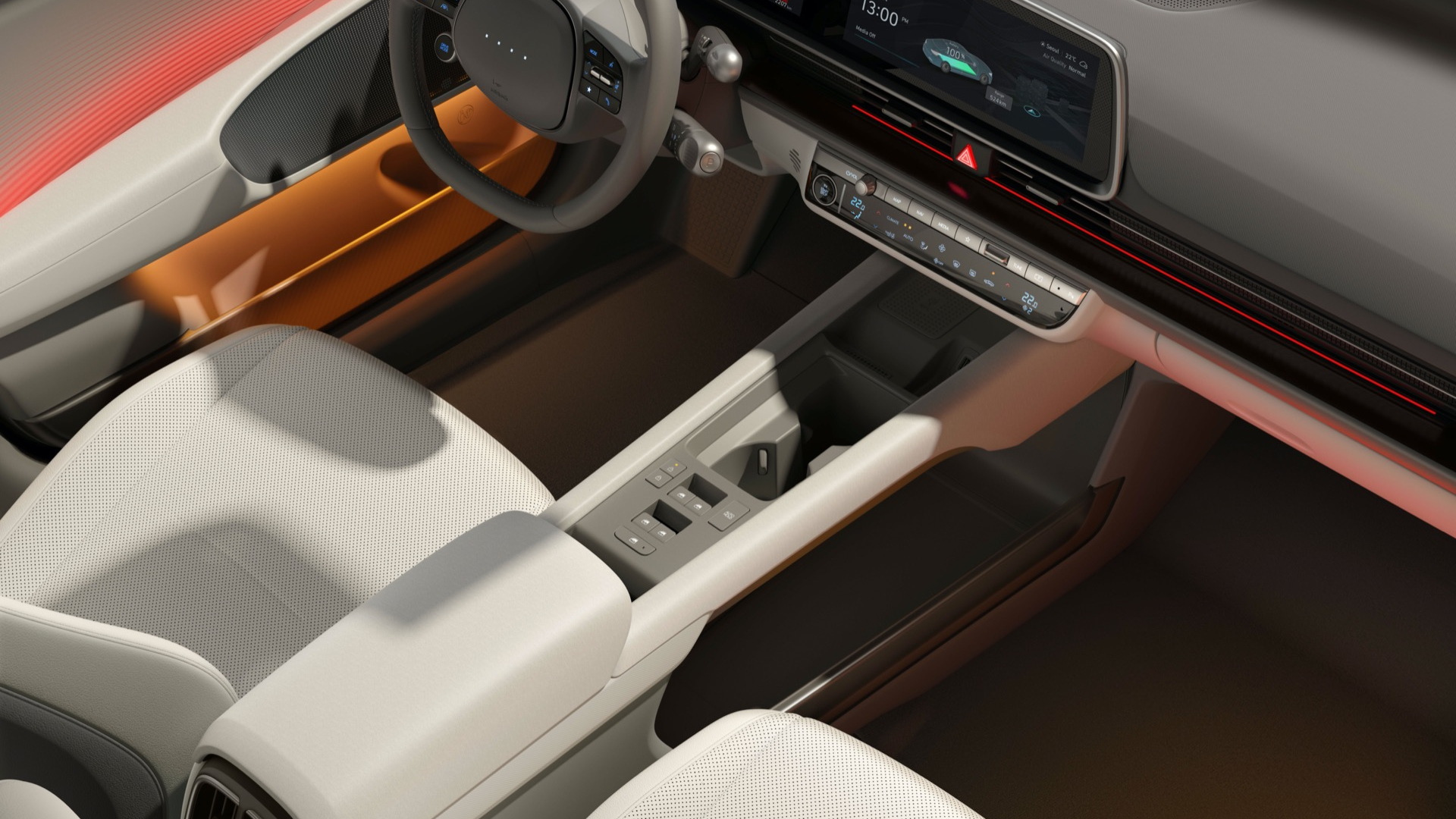 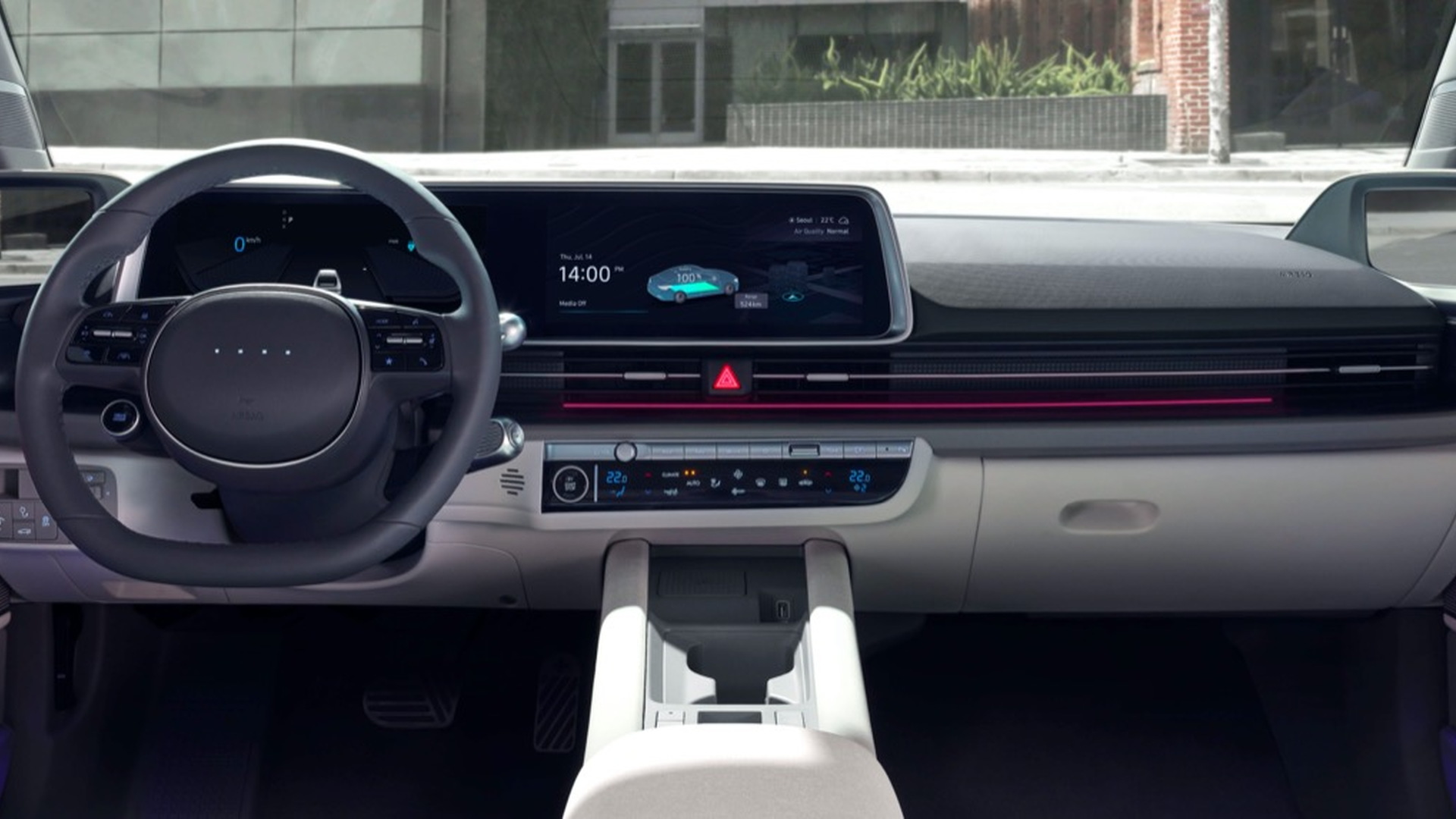 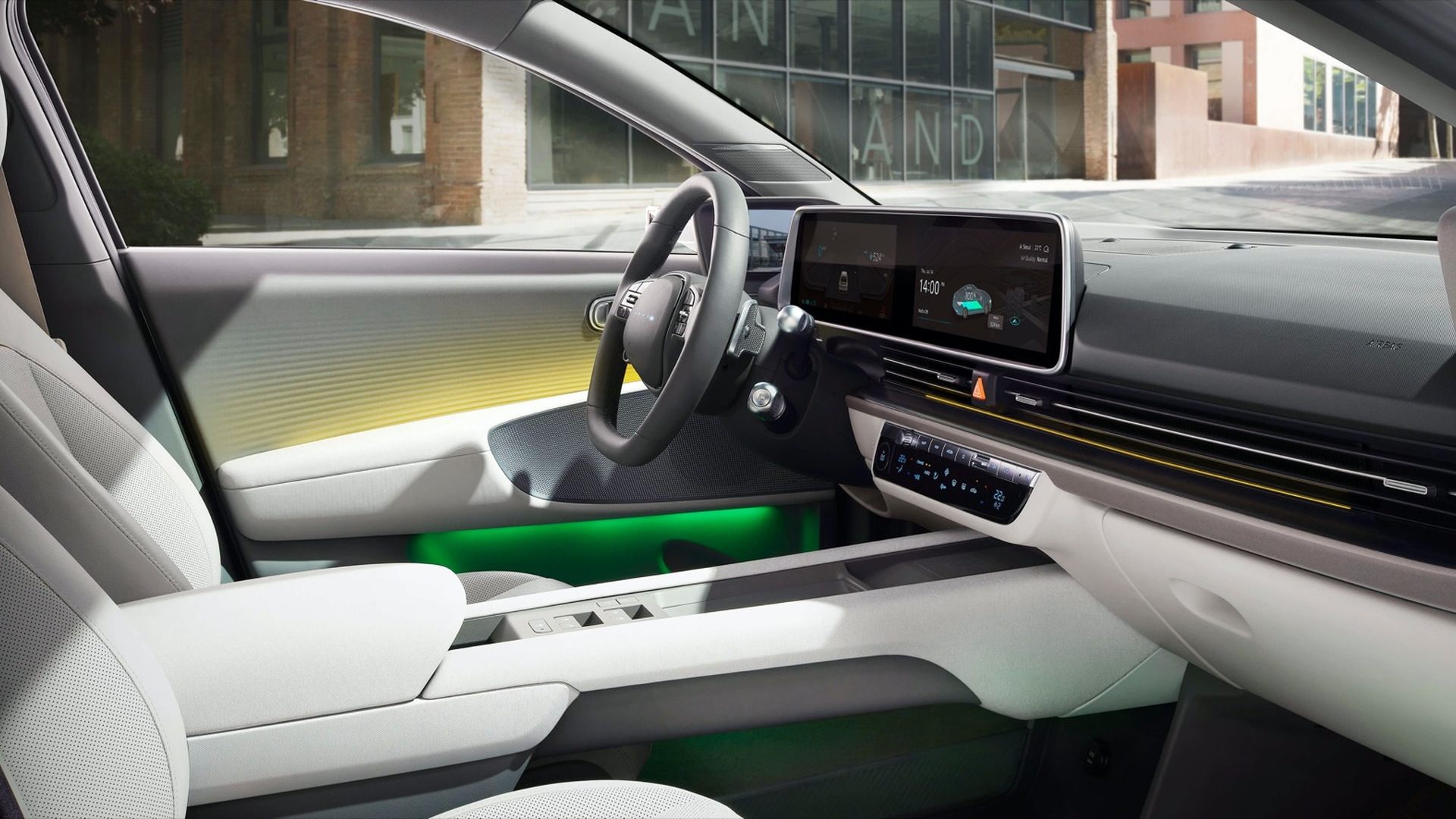 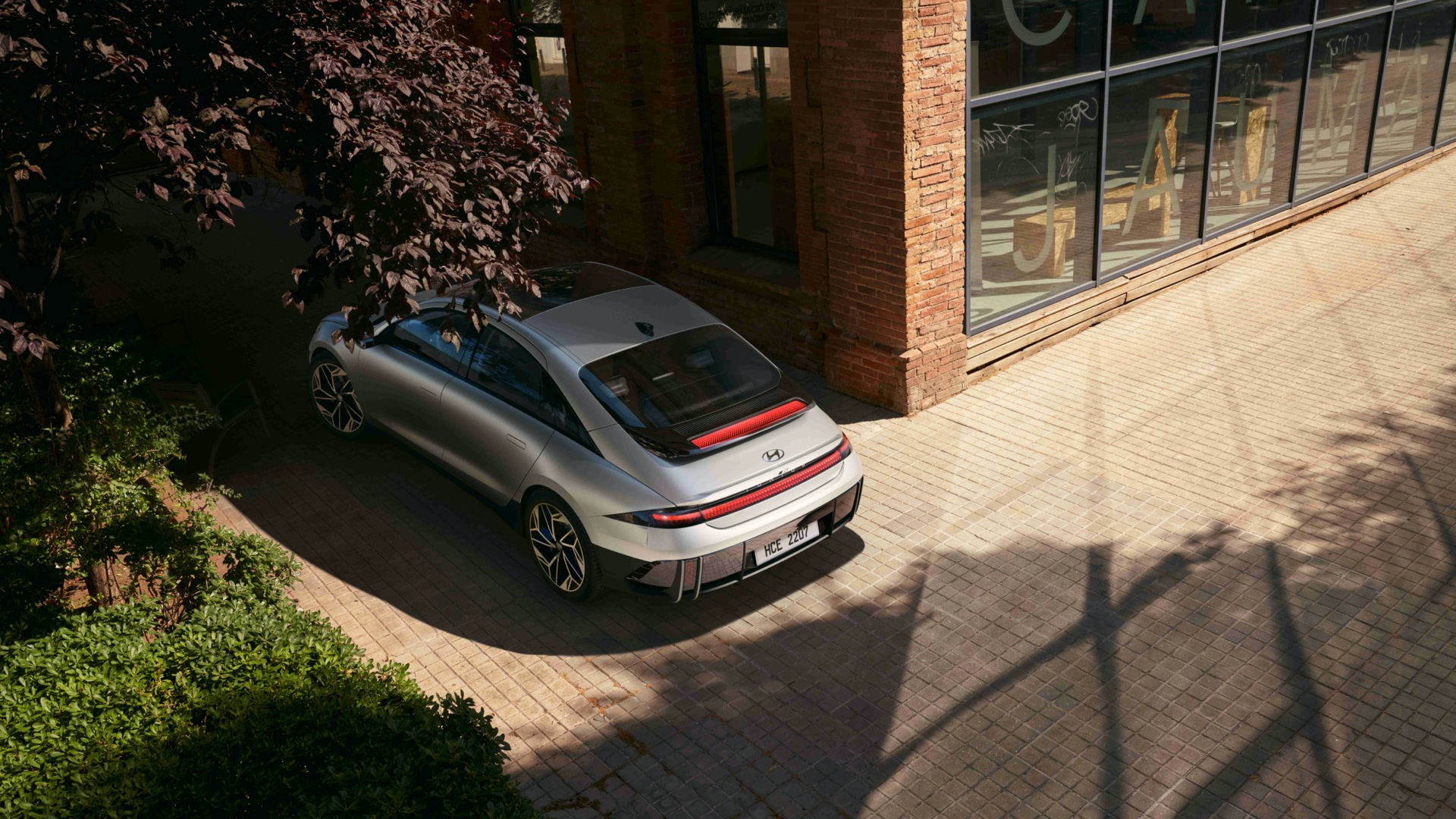 The Hyundai Ioniq 6 electric sedan looks very different than the Ioniq 5. Yet the sleek sedan, confirmed for the U.S. in early 2023, shares a lot with the equally head-turning crossover underneath.

Despite the similarities, it gains a series of engineering improvements that didn’t quite make the cut for the earlier-release crossover—and it could, for the time being, give the electric sedan an advantage to those who want leading-edge tech.

Both Ioniq 5 and Ioniq 6 were developed together on the E-GMP platform, with the same flat-floor battery and structural basics, plus identical battery specs and chemistry, both ready for bi-directional charging and equipped for vehicle-to-load (V2L) utility permitting you to power appliances or campsites. But the Ioniq 6 achieves a WLTP range of 379 miles (610 km), with a consumption of more than 4.4 miles per kwh on that cycle. To compare, the Ioniq 5 is rated at 315 miles (507 km) WLTP with the same pack.

That latter version achieves an EPA-rated 303 miles, and consumption is rated at 3.3 miles per kwh. So we might potentially see an EPA rating for the Ioniq 6 of more than 350 miles.

How was Hyundai able to secure so much additional driving range from the Ioniq 6 given the same pack? In a recent session with the press about the Ioniq 6, YongWha Kim, the executive vice president for the company’s Vehicle Control Development Center, said that Hyundai engineers have worked to discover the most optimal points for acceleration and braking efficiency. He also pointed to “very convenient conditioning technology” for the battery pack.

It turns out that was just the start. Several innovative technologies improve both energy efficiency and range, Kim explained, both in hardware and in software. A different power module with next-generation semiconductor technology plays a role, improving energy conversion efficiency. Also the motors employ hairpin winding technology to improve efficiency.

“Last but not least, we worked on controls, and the transition between two-wheel drive and all-wheel drive, fine-tuned to further improve vehicle energy efficiency,” said Kim, who also credited the “fabulous aerodynamic design,” with a coefficient of drag of just 0.21.

Hyundai hasn’t disclosed a weight difference yet, but we assume that has a role, too.

The Ioniq 6 has another key piece of technology that gives it an advantage over many EVs, and the Ioniq 5, Kim confirmed: It will be the first model from Hyundai to offer over-the-air updates, and future autonomous driving capability.

“Many vehicle controllers can be updated, and we will keep improving the experience with OTA features,” he said.

Although Kim didn’t connect the dots, that likely means that, as Tesla has done, there’s potential to improve the efficiency and driving range, or improve charging characteristics—which may make Ioniq 6 drivers especially satisfied in the long run.