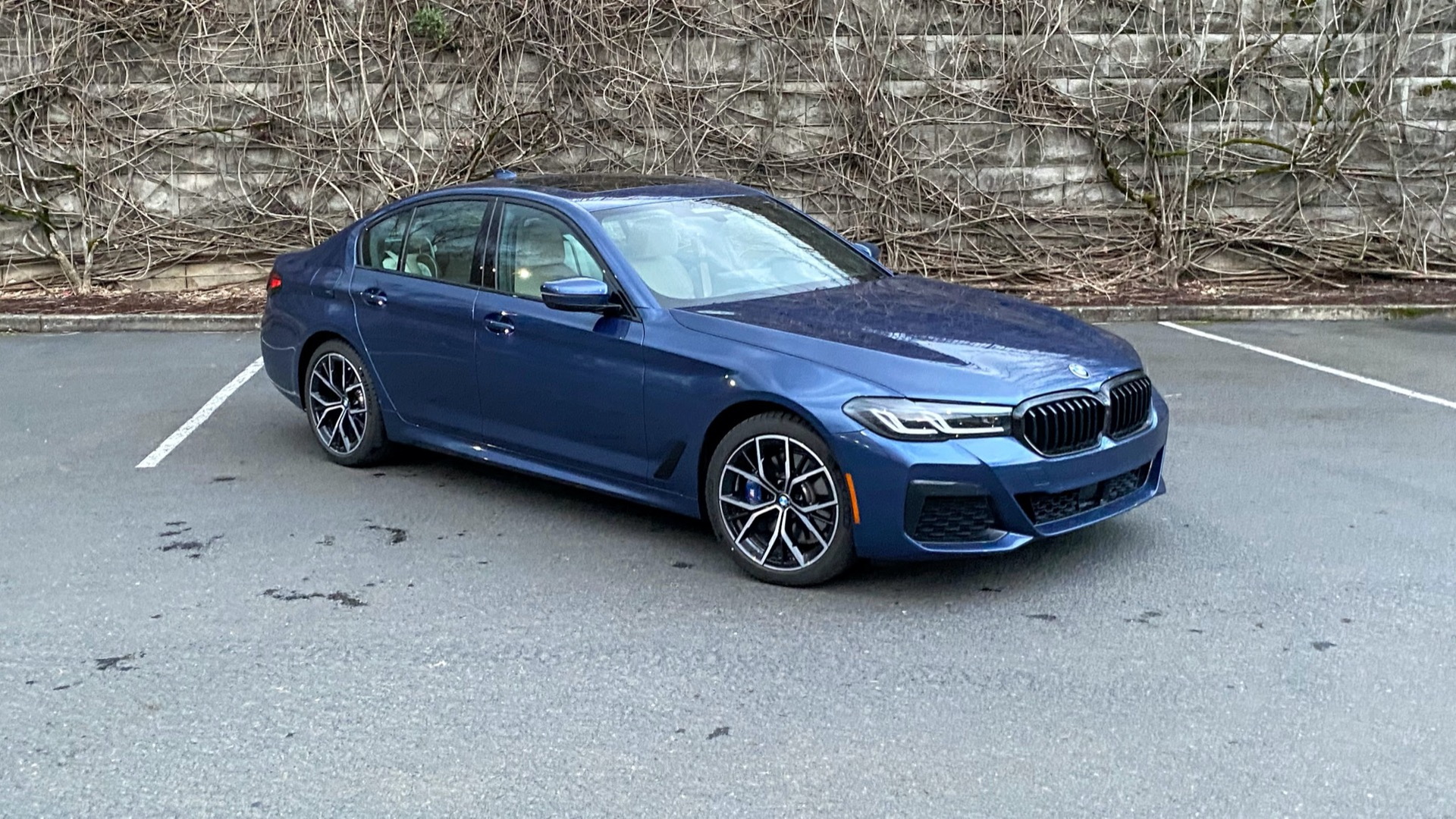 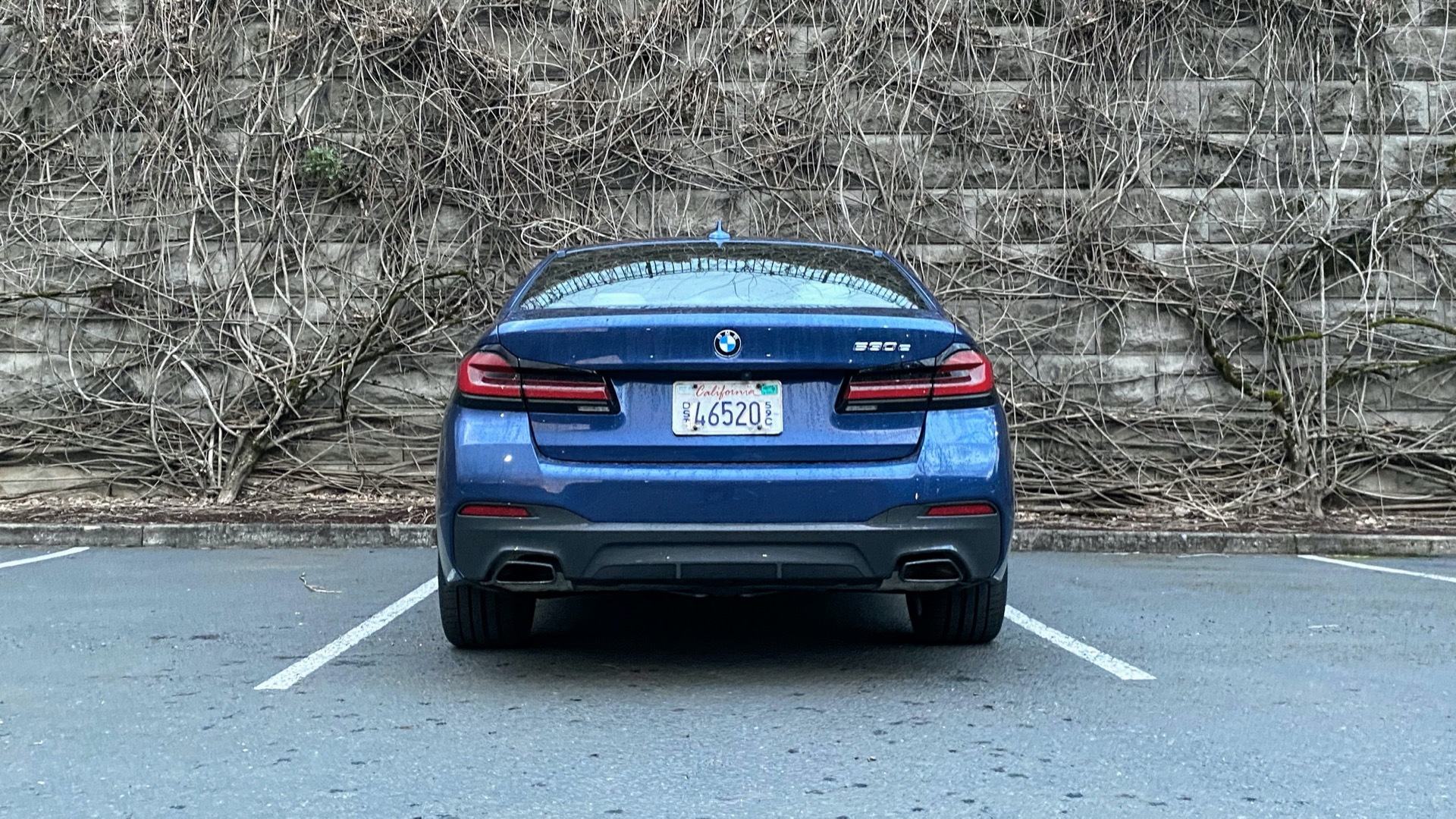 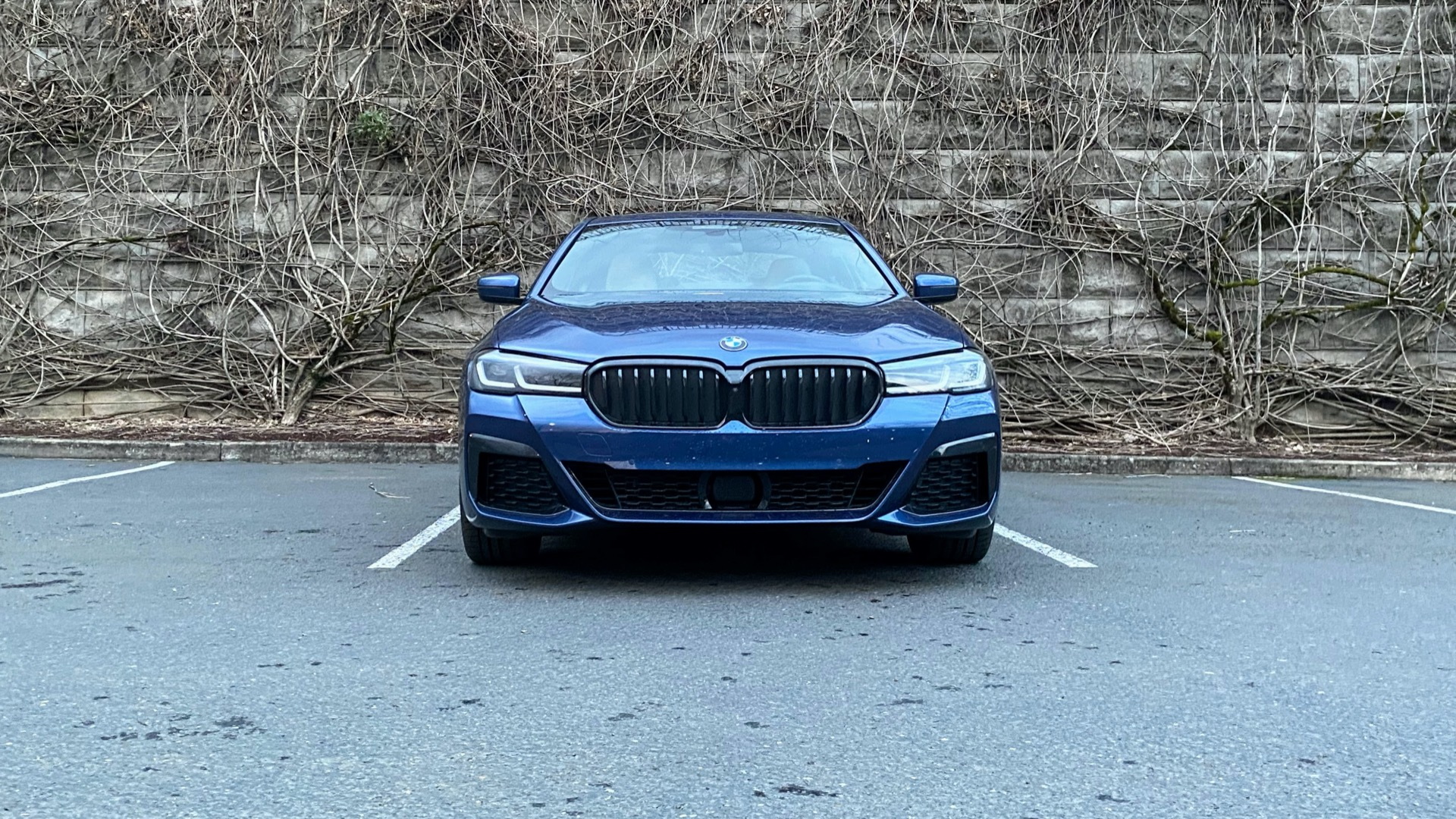 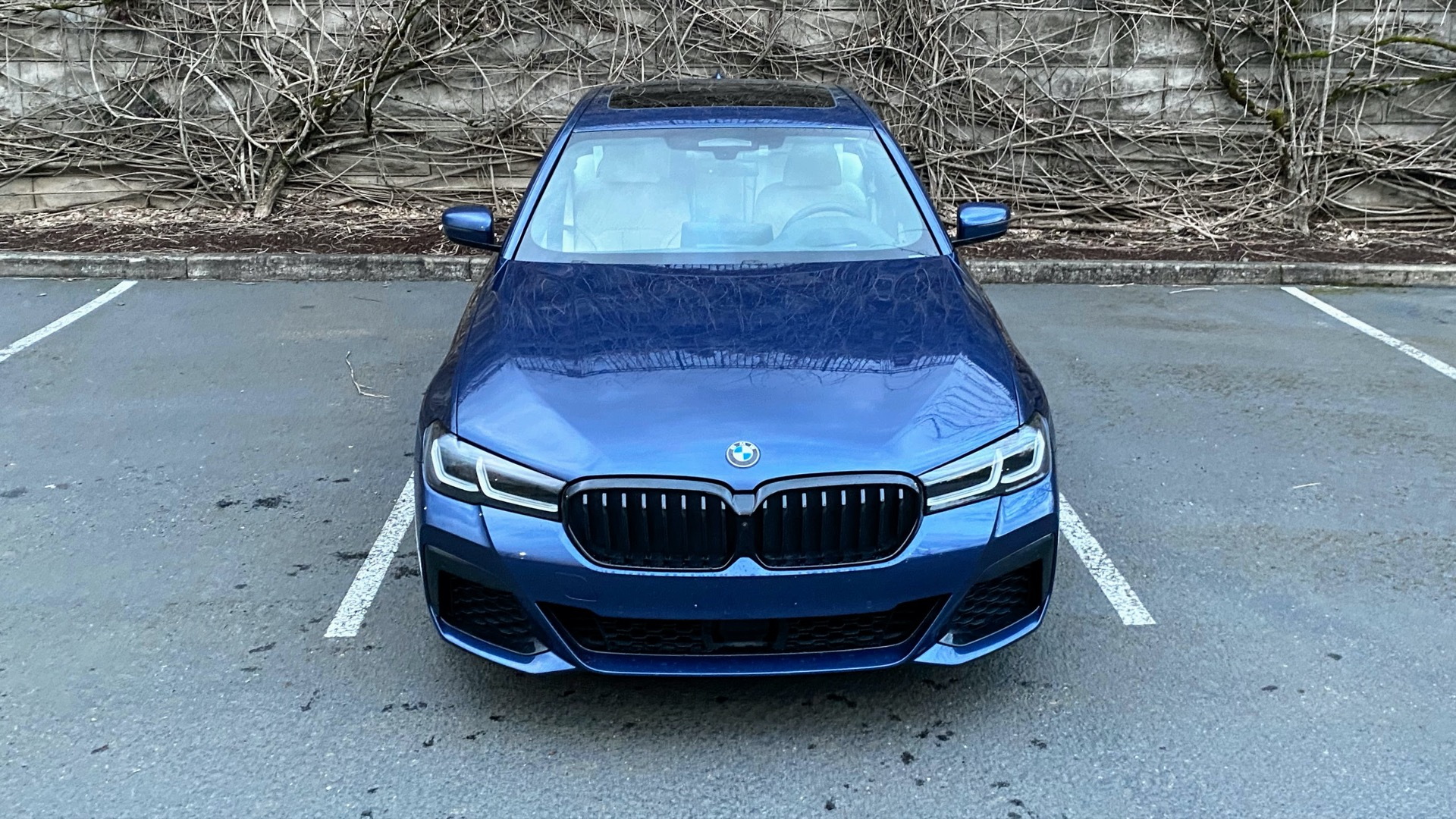 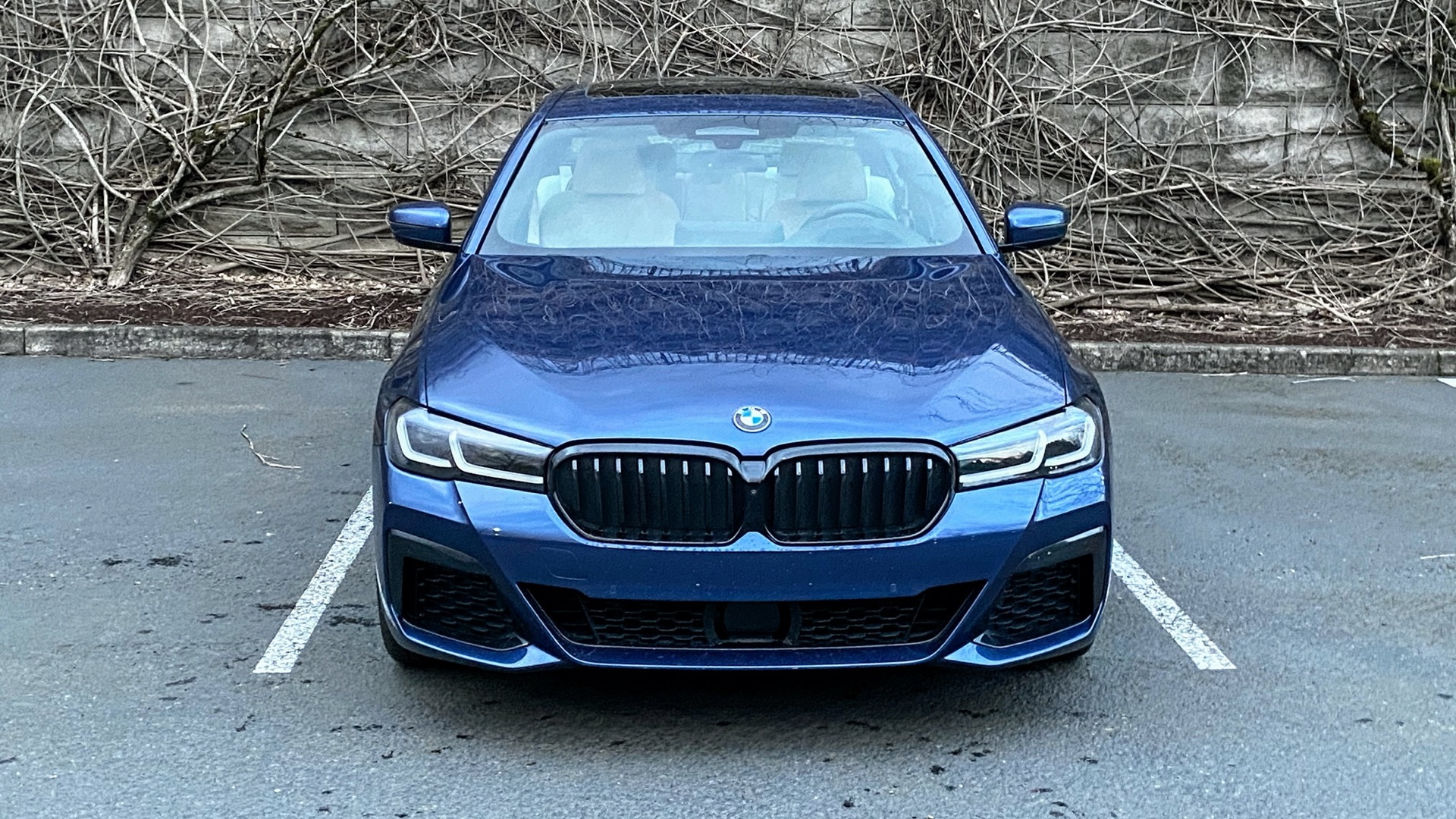 Is this the new middle of the luxury market?

Plug-in hybrids like the 2021 BMW 530e might be much closer to the norm four years from now than they are today, if the 2023-2026 Biden fuel economy rules presented this past week take form the way they’re proposed.

Those rules target an estimated 38.2-mpg fleet average in 2026 and emphasizing PHEVs as a step toward EVs. In addition to more upcoming EVs, including the iX electric SUV and i4 electric fastback, BMW has a full suite of PHEVs, and it’s been updating them for more electric range and better drivability.

At face value, the 530e appears to get the same hybrid invigoration as the 330e. A single 111-hp electric motor is attached to an 8-speed automatic transmission, while ahead of it is a 2.0-liter turbo-4, detuned to 181 horsepower, that can be detached with a clutch to allow fully electric driving. Altogether, the system makes 288 hp and 310 lb-ft of torque, with the top 40 hp only available in 10-second “Xtraboost” bursts.

Despite the nearly identical numbers, the 530e right away felt different. As I tipped into the accelerator, the plug-in 5-Series in its default Comfort mode, as a hybrid, was more willing to provide noticeable electric torque from lower speeds, or when the gasoline engine was spinning slowly.

In short, the 530e feels more electric in its hybrid mode and plays better to electric strengths. It responds quicker to inputs in its Hybrid and Eco Pro modes and doesn’t seem as night-and-day different in Sport as the 330e had. The two power sources feel less at odds, more like a team; and in having the electric motor step out just a bit more, it makes all the difference.

According to BMW, the motor in the 530e is designed for slightly less power but much more torque at lower rpm. Although BMW says that this is done partly to preserve performance for the heavier 5-Series. “The electric motors in the 530e and 330e are the same basic motor but of a slightly different variation,” said spokesperson Oleg Satanovsky.

The 530e has a 12-kwh battery pack that charges to full in about three hours with a Level 2 (240V) connector. Using that plug-in charge, as with BMW’s other plug-in hybrid models, takes a bit of restraint, as the gauge display points out a maximum of about 60% of available power fully electric. There’s no way to truly lock out the gasoline engine; press the accelerator a little too far and the engine will start.

So with a light right foot, I took the 530e out in the MAX eDrive mode, on what I’d consider to be a highway commuting loop, including 3 miles of 30-mph stop-and-go followed by 55-70-mph cruising speeds, with the vast majority of it kept under 65 mph. With that, I took the 530e 19.7 miles on a charge—0.1 mile farther than a similar loop in the 330e—before the gas engine quietly thrummed on.

I had the 330e for more days than I did the 530e and was able to do a second, more leisurely and varied commuting loop with that model—hitting 26.5 miles. So I’ll venture that the 530e would also return well over 20 miles if you have some lower-speed driving in your commute. To sum: this isn’t quite enough for the typical U.S. commute.

The 530e comes EPA-rated at 26 mpg combined (24 mpg city, 29 mpg highway), and goes an official 21 miles on a plug-in charge. With a Battery Control mode, you can restore the plug-in battery charge, at the expense of gas mileage.

I got nearly 31 mpg according to the trip computer, over a 70-mile suburban freeway loop plus about 10 miles of other varied driving, all in hybrid mode. Although that’s not long and far enough for any conclusive takeaway, I observed my hybrid-driving gasoline consumption rise significantly in city stop-and-go in the 530e, while highway driving in fully electric mode showed a much higher rate of battery use.

For 2021, BMW updated the look of the 5-Series to include a bigger grille that fits in alongside the gigantic ones it’s including in models like the iX but feels restrained enough to still fit the rest of the design. New headlight and taillight designs and some subtle trim changes altogether make this model, as tested with blacked-out Shadowline trim and the M Sport package, appear more athletic.

Most notably, the 530e is 195.8 inches long, vs 185.7 for the 330e. Its proportions look more balanced, and it feels like the extra length goes almost entirely to the cabin. When I adjusted the front seat nearly all the way back to fit me, at 6-foot-6, I could still fit in the seat behind—something that definitely wasn’t the case in the 3-Series.

In ride, handling, and refinement, the current 5-Series no longer borrows its inspiration from the smaller 3-Series, and that’s a good thing. The steering doesn’t feel as nervous off-center in the 530e, while the car feels just as easy to plant in corners—resulting in a nimble, well-damped large sedan that’s easy to drive quickly and doesn’t bring a lot of harshness into the cabin. And that change in tuning of the hybrid system adds to the impression.

The 530e is a luxury car, with a luxury-car price—especially in the well-equipped form I had. Upgraded trim and upholstery included the Luxury Seating Package (front cooled seats and multi-contour adjustability) and Ivory White Nappa Leather, together $3,500 extra, while the M Sport package brought blue brake calipers, an M Sport steering wheel, aero pieces, larger wheels and performance tires. he $1,700 Driving Assistance Plus brought almost-hand-free highway functionality. With an $1,850 Premium Package bringing a head-up display, Harman Kardon surround sound, plus other standalone options, my test car ran up the $58,195 base price to $70,485.

A hit as a hybrid, with three big plug-in misses

Will that interest anyone in leaping to a plug-in vehicle? It’s debatable. To the point, the 530e has three big issues: It’s expensive; its electric range is barely enough for U.S. commutes; and it interprets electric-only operation as timid.

On pricing, BMW might need to take some direction from Volvo, which this past year repositioned its plug-in hybrids with a substantial price cut and has since been achieving a 20% share of plug-ins for multiple months this year.

Another factor that would make the 530e an easier sell: It needs more range. In its proposed Advanced Clean Cars II rules, California could require a future minimum of 50 miles of electric range in plug-in hybrids. With that level of electric range, a plug-in hybrid could truly save the gasoline for weekend trips.

And we still think BMW needs to revisit its priorities on plug-in hybrids. While the 530e does a stellar job of coordinating the electric side of its hybrid system, with the i4 electric fastback on the way, why not show it off here with perky electric-only acceleration?

We’ve driven nearly all of BMW’s plug-in hybrids—including the opulent, smooth 745e flagship sedan—and the 530e is the PHEV in the BMW lineup that not only drives the best but makes the most sense in today’s market. Now before the rules require it, let’s see the numbers make a little more sense for the future.