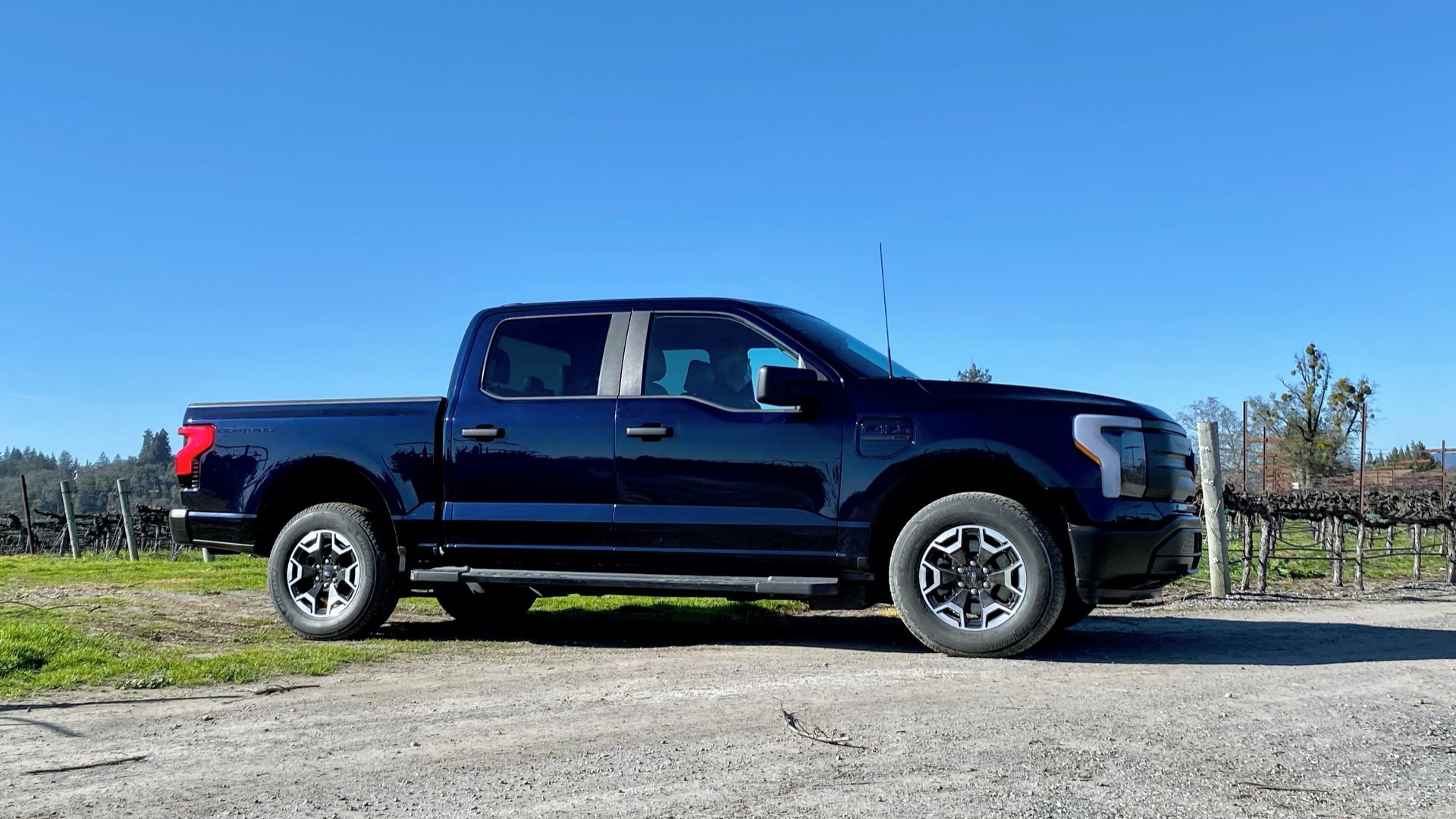 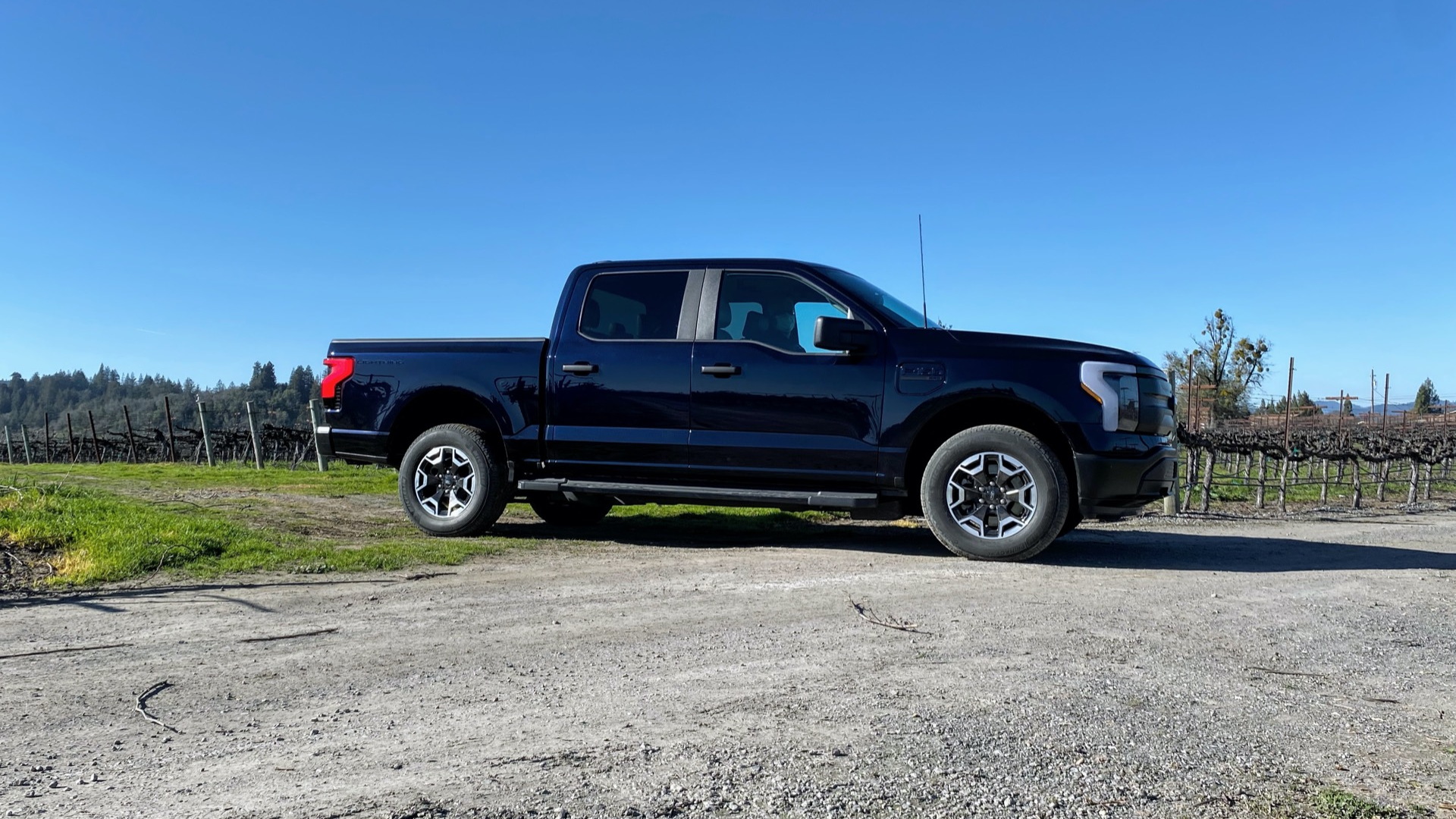 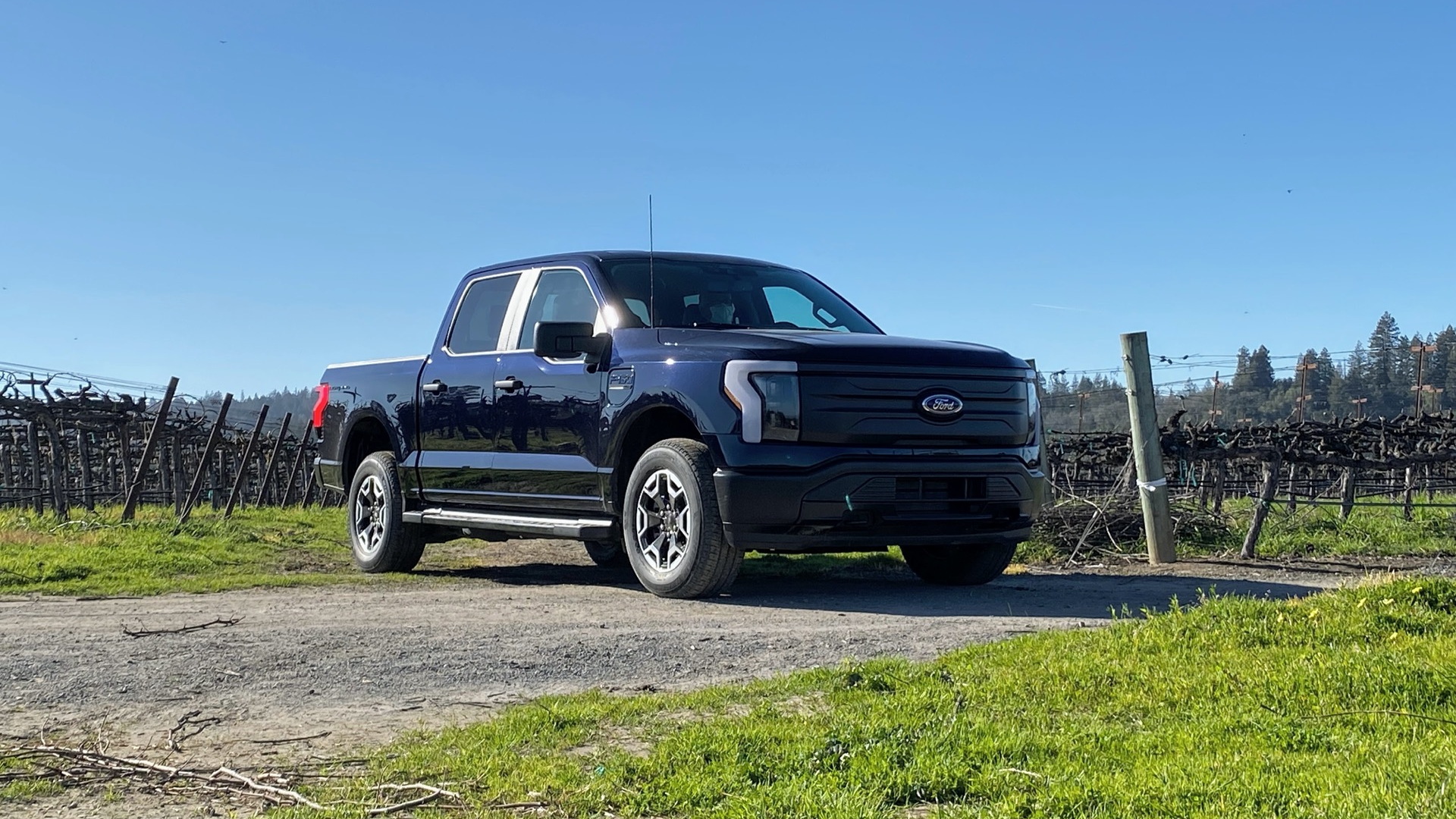 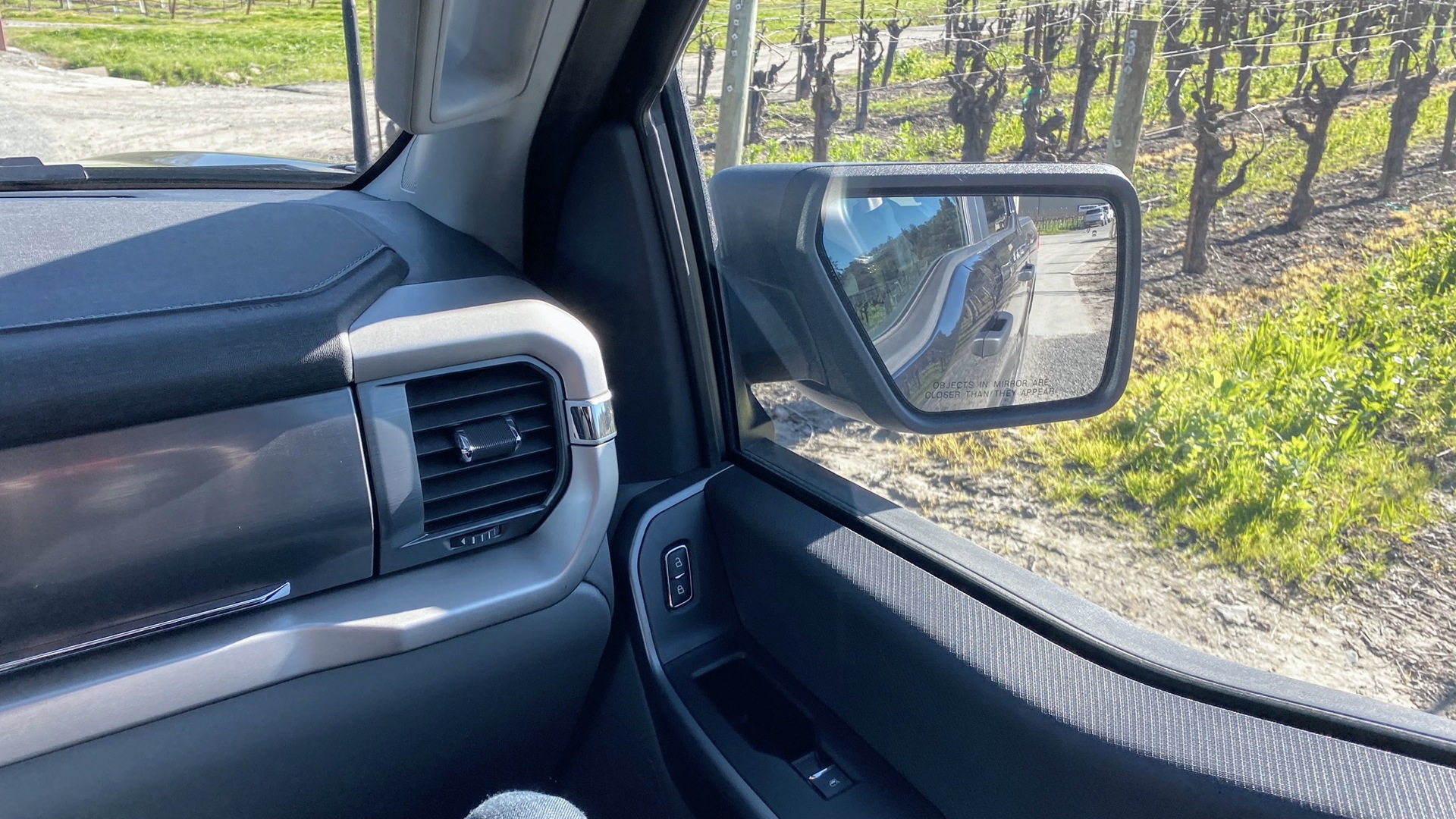 What could 10 minutes in the F-150 Lightning electric pickup possibly tell us?

That’s 10 minutes in the passenger seat—off-pavement, and at speeds I only saw blip up to about 25 mph momentarily. Turns out it gave us a few first hints on ride quality, efficiency, and range. And it reminded us that the F-150’s interface will be a mix of the familiar and the simplified.

As far as first impressions go, the Ford F-150 Lightning is the smoothest, quietest, and best-riding F-150 I’ve been in. And from the look of the inputs my driver was giving it, the Lightning could shape up to be the most precise-driving F-150 ever as well.

The F-150 Lightning has a dual-motor system. At 563 hp and 775 lb-ft of torque, there’s more torque than has ever been offered in the F-150, and 0-60 mph times should be in the “mid-four-second range,” according to Ford. The F-150 won’t be quite as quick as the Rivian R1T and its four-motor system, but that leads to some important points about its layout.

Just as with the E-Transit, Ford has kept the F-150’s body-on-frame layout—with a few tweaks—and aimed to make the F-150 Lightning essentially just another F-150 for tradespeople and anyone who might upfit their truck for a special purpose. Dimensionally, that means it’s essentially the same truck, albeit with a flush front end where the grille would be, Ford’s Mega Power Frunk where the engine would be, some different wheels, and distinct lighting. But inside it’s hard to distinguish from the gas model if you’re not moving and not looking at the gauge cluster; you’ll find the same seating space, even the same folding shift lever that folds forward to create a large workspace if needed.

The F-150 Lightning Pro fits in with Ford’s push to electrify its work trucks, and employ software-based services to help small business owners get more from a shift to electric. Ford sees potential business of $45 billion from this by 2025—more money than it could make from selling personal EVs, although that’s part of the plan and a key enabler.

Green Car Reports and a few other outlets were allowed a ride-along in an F-150 Lightning Pro on the trails around the vineyards and green ridges of Dutton Ranch, in Sebastopol, California. Over gravel, grass, and rutted two-track surfaces we immediately got a sense that this will be the best-riding F-150 yet. It soaked up these irregularities with ease and felt well-isolated.

That quick burst I had the driver do—a rapid but not full-on launch uphill on a stretch of gravel vineyard road—created another strong first impression: The front and rear wheels quickly, quietly delivered all the torque they could and didn’t miss a beat; there was zero wheelspin, not even the sound of gravel slipping.

With the pedestrian system apparently not yet enabled in our development vehicle, I got a sense of the sound Ford has given the motor and propulsion system—and thankfully, that’s not much. A faint whoosh and bit of motor whine is all we heard in that sprint, or when crawling around the property.

The Lightning offers a simplified menu system, with a smaller 12.0-inch landscape-layout touchscreen in place of the non-Pro versions’ 15.5-inch portrait-layout screen. A one-pedal drive mode can be toggled on to allow more brake regen, while there are Normal, Sport, Off-Road, and Tow/Haul modes from which to choose.

The test truck had a nearly full charge, and the trip computer was displaying an anticipated 227 miles of remaining range—taking into account recent driving history. It was displaying a running 1.7-mi/kwh average over nearly 24.5 hours and about 1,473 miles—suggesting it was driven on average more than 60 miles per hour, even considering the recent time crawling around the ranch with journalists and industry analysts.

We know this truck likely might not have been calibrated to the level of production models. This was a pre-production truck for demonstration purposes. But given the realities of road-trip averages, it’s likely been driven well beyond 60 mph for a big portion of that. And that’s a very positive first tip about real-world Lightning range.