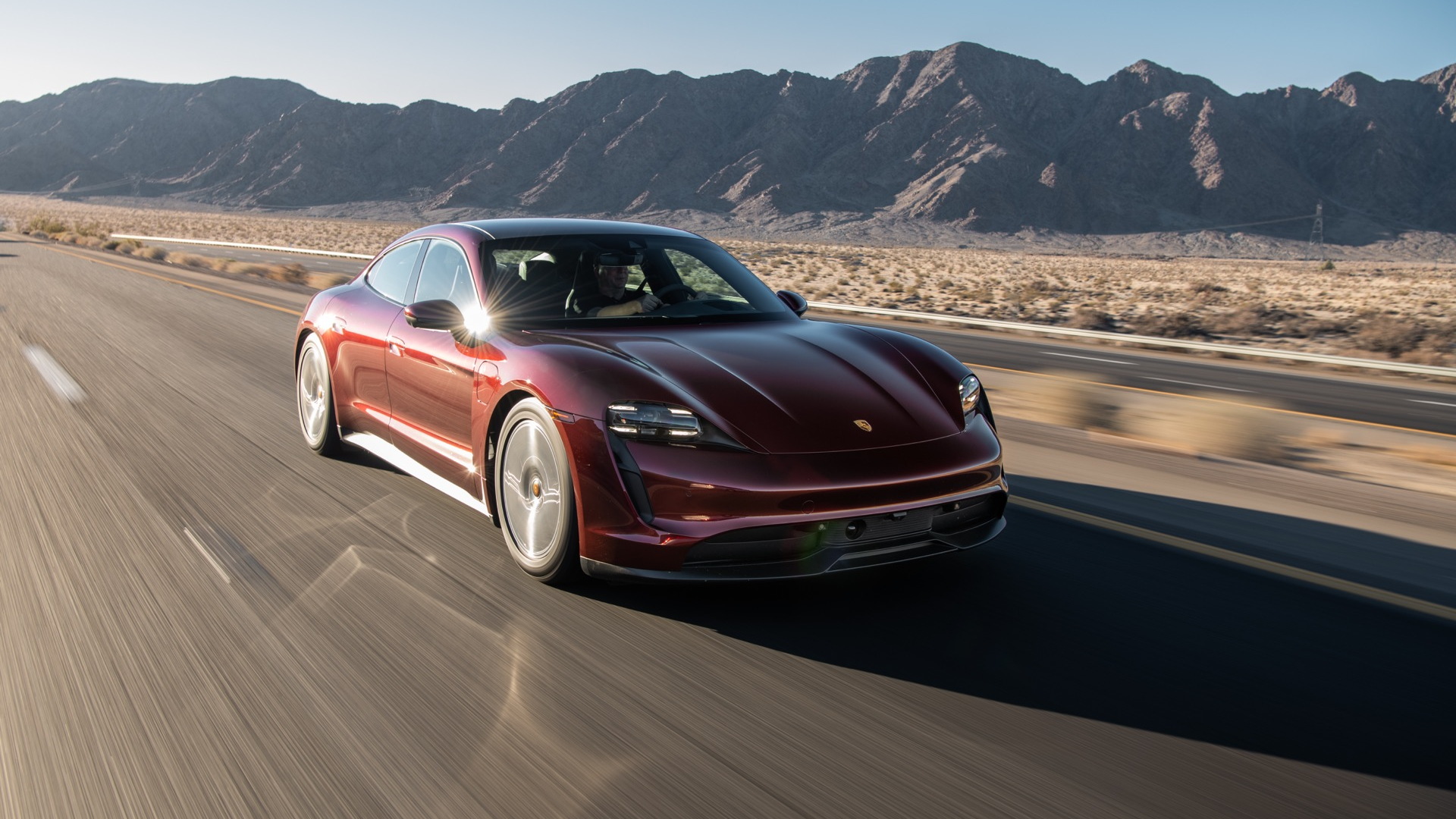 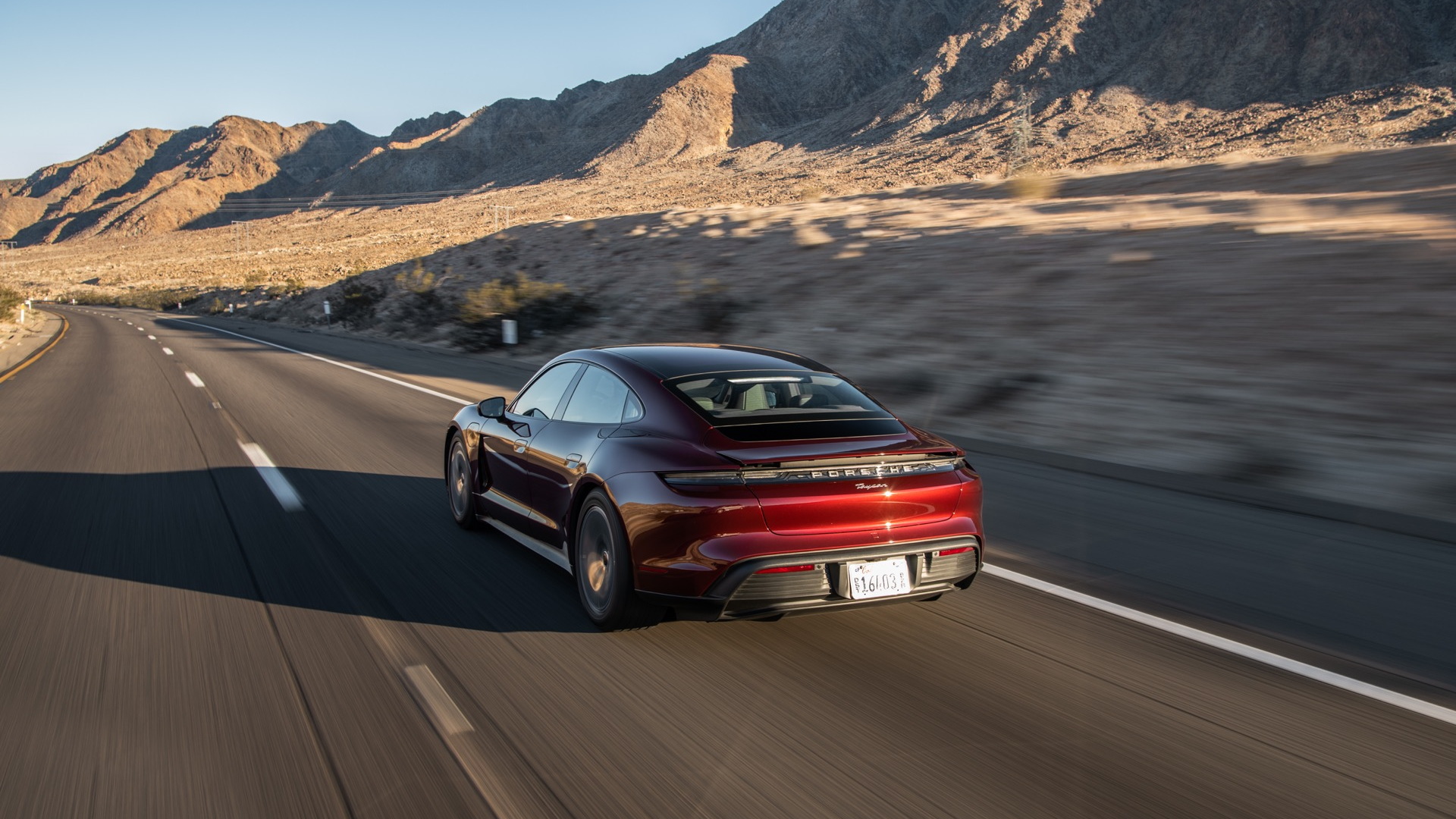 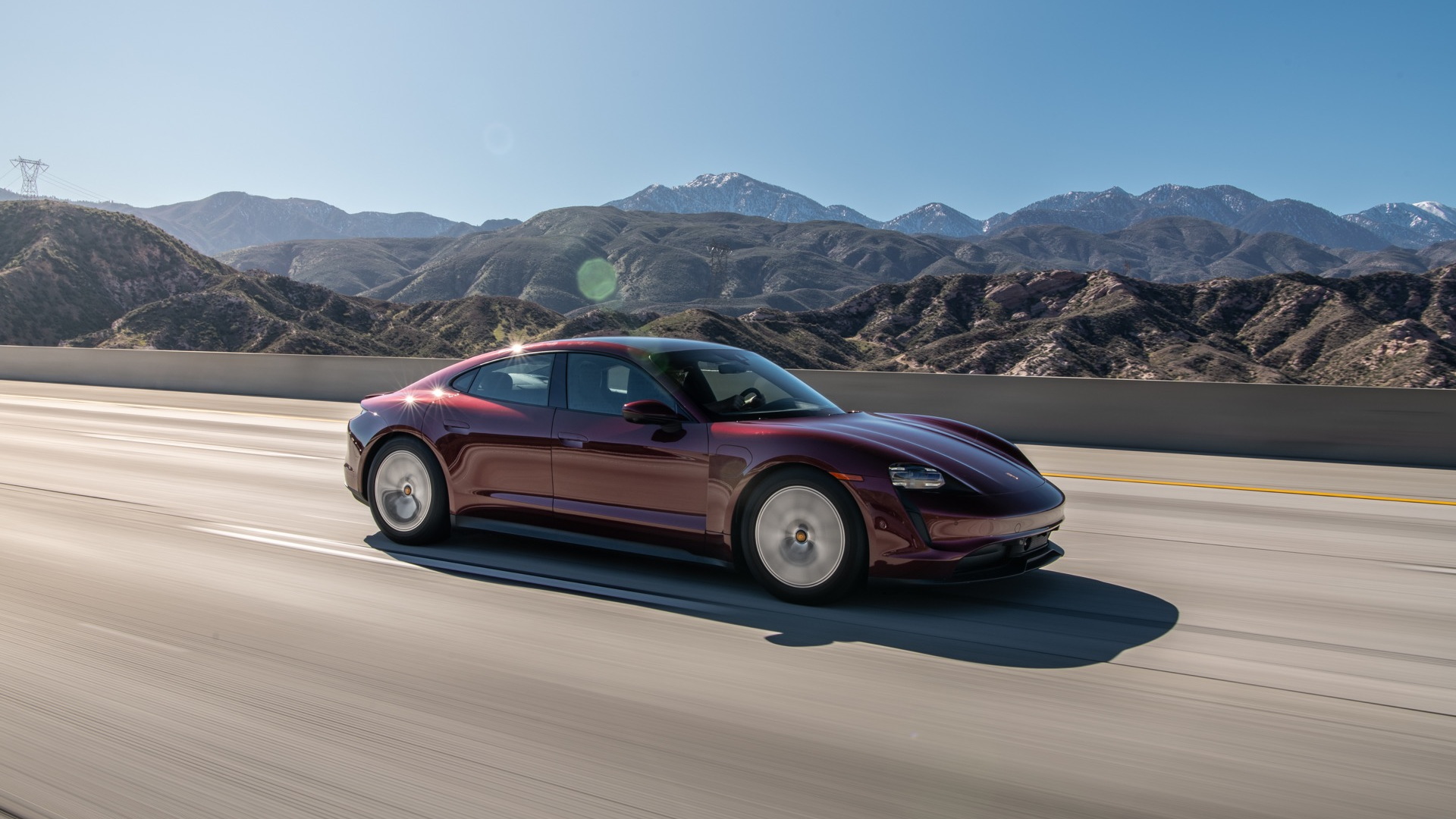 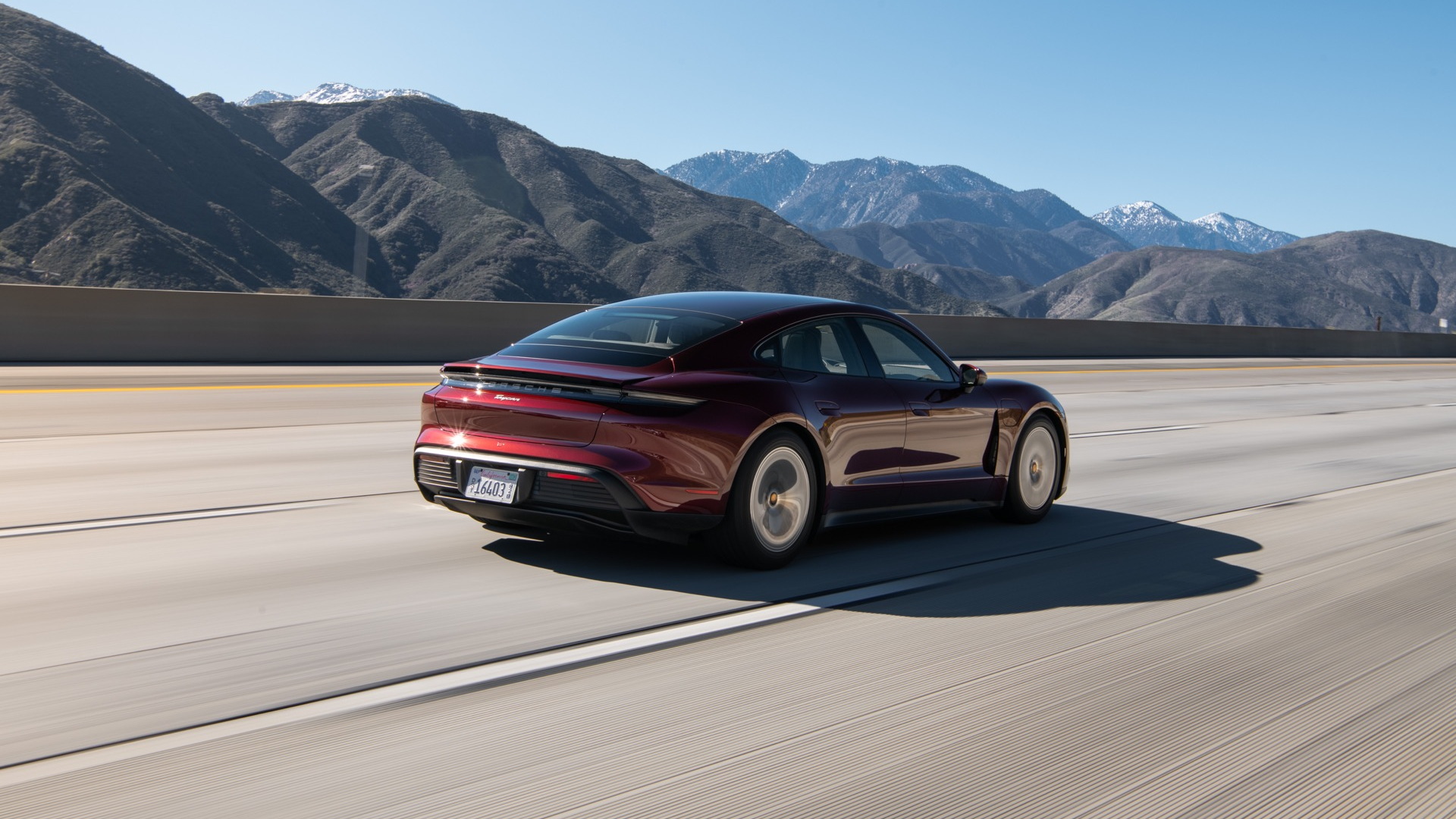 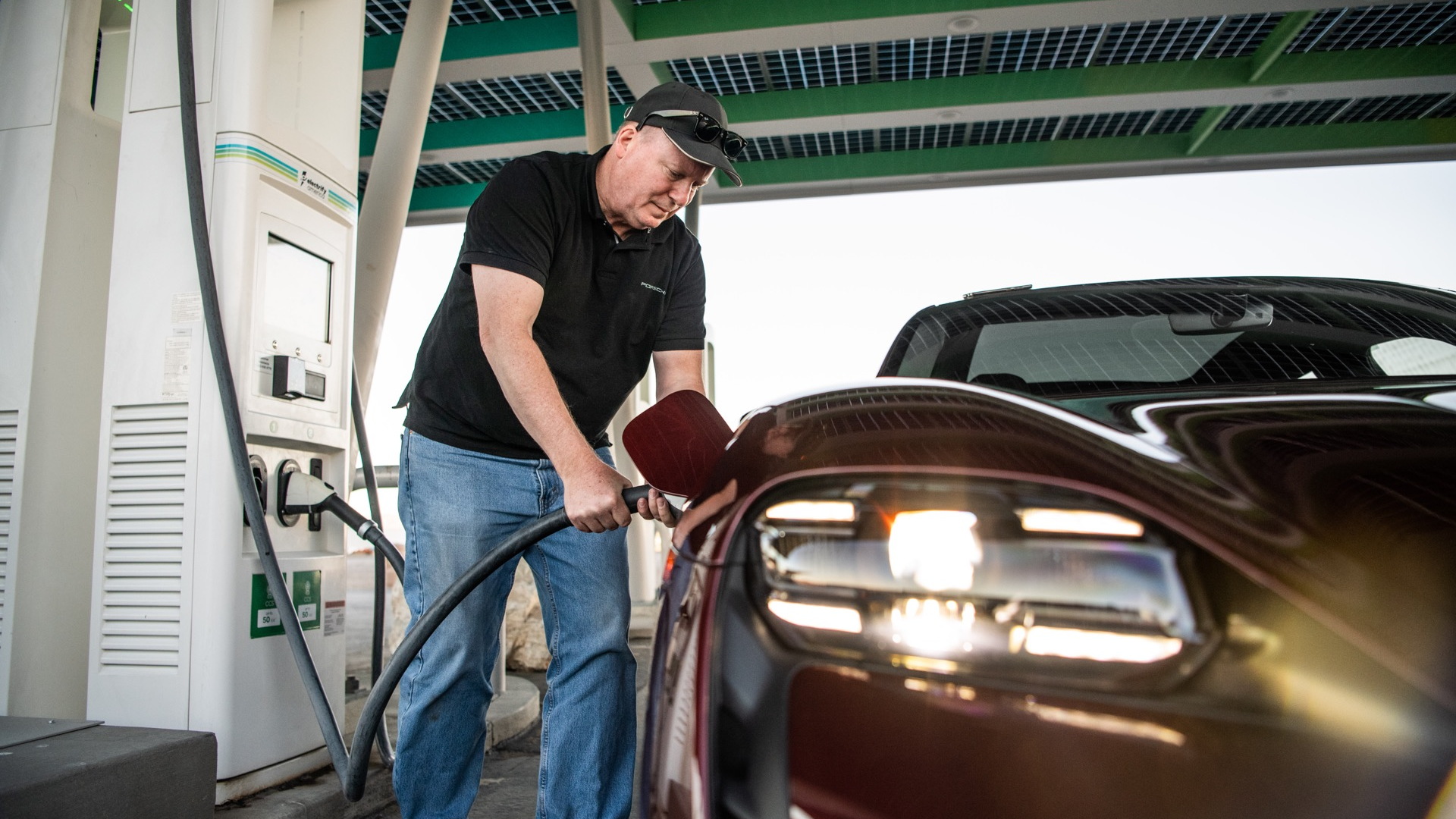 Porsche has announced that it’s driven a Taycan from Los Angeles to New York City with less than two and a half hours of cumulative charging.

The trip covered 2,834.5 miles and included 2 hours, 26 minutes, and 48 seconds of charging, with results certified by the Guinness World Records organization.

The record was accomplished by longtime efficiency-seeker and hypermiler Wayne Gerdes, and it illustrates an important point about the Taycan: Even though it’s not particularly efficient among EVs, in terms of miles per kilowatt-hour, the Taycan’s super-quick 800-volt fast-charging capability, when made part of the plan, can keep any charging stops very brief.

Gerdes used PlugShare and the Electrify America app to plan out his route, with the majority of charge stops taking advantage of the Taycan’s Plug-and-Charge compatibility, which automatically recognizes the car and account and takes the credit-card or fob scan out of the process.

The car Porsche used for the feat was a 2021 Porsche Taycan with the larger 93.4-kwh pack—denoted Performance Battery Plus—as well as the Premium Package, bringing adaptive cruise control among other items.

As such, that car receives a 225-mile EPA range rating, with a 2.11 miles/kwh efficiency rating—which Gerdes found the Taycan easily beat both around town or at faster highway speeds. To illustrate that, he showed one shot in which it claims to have averaged 3.1 mi/kwh over 117.3 miles, at an average speed of 78 mph.

The trip itself took five days, Gerdes told Green Car Reports, because of the need to spend what added up to hours of documentation. But he added that he didn't do it at a hypermiling crawl; he covered a 1,430-mile stretch from Hesperia, California, to Vanita, Oklahoma in 21 hours and 5 minutes—averaging nearly 68 mph, including charging stops.

Gerdes reported that the first time he charged the Taycan with a 350-kw unit, it went from 6% to 82% in just 22 minutes.

Overall, the trip cost $76.82 of Electrify America charging—far less than gasoline for the most efficient gas-fueled vehicle.

On his CleanMPG blog, Gerdes submitted some feedback on the experience to Electrify America and, while his no-hitch experience allowed the record, he noted the constraints of the network: “It is doubtful it will ever reach the reliability of Tesla's network as DCFCing at a small sample of the thousands of EA chargers currently installed nationwide is just a snapshot. There are too many competing interests, limited funds, and an ever-larger number of current and future OEMs with varying charger configurations that will be connecting to their network.”

Porsche has already said that the 2022 Taycan will charge even faster, so there’s an opportunity to cut some time off that record.

Who will be next? Will it be a Tesla showing off the strength of the Supercharger network, or will another model that maximizes range and charging speed, such as the Lucid Air, show off its capabilities?