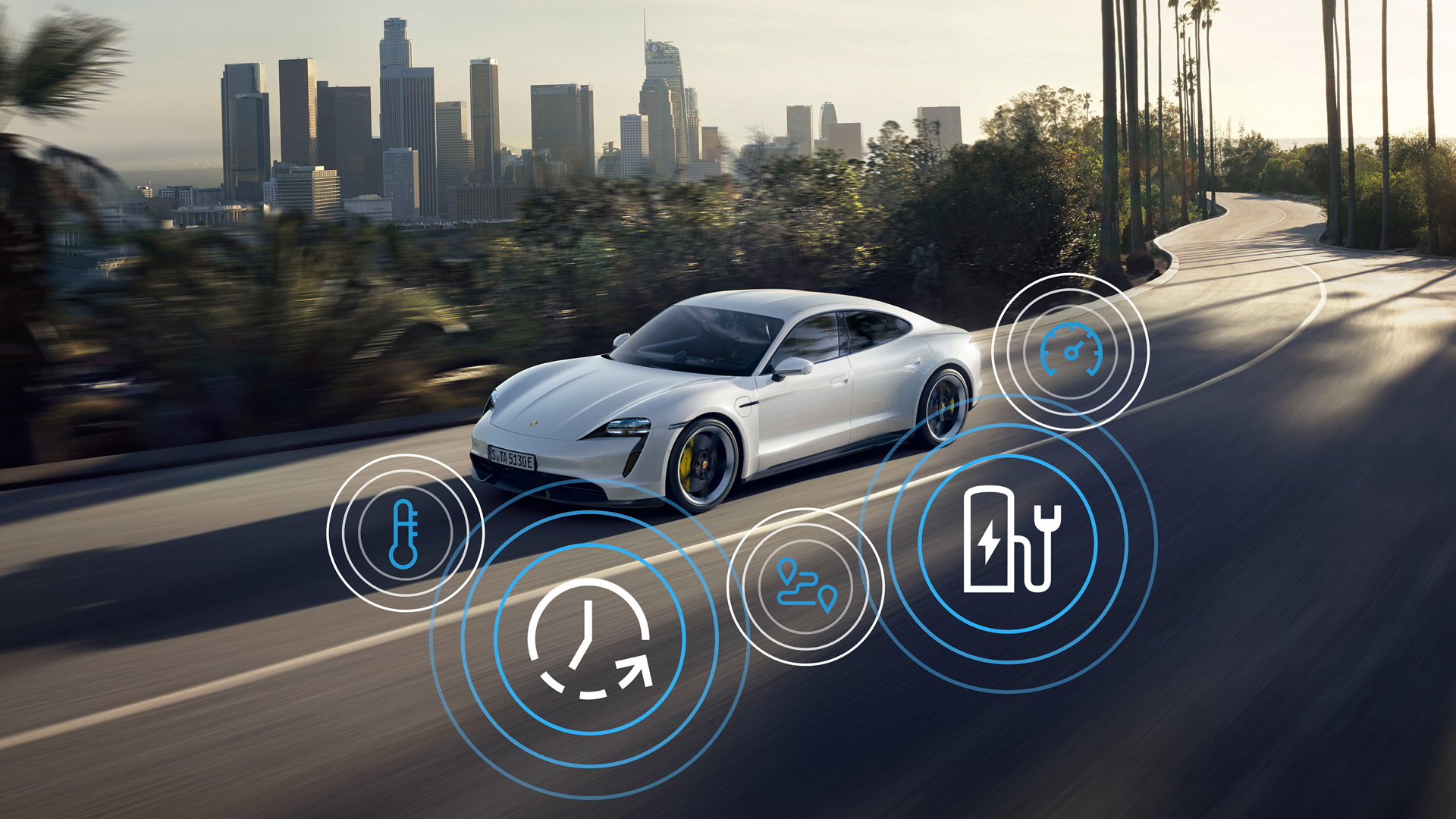 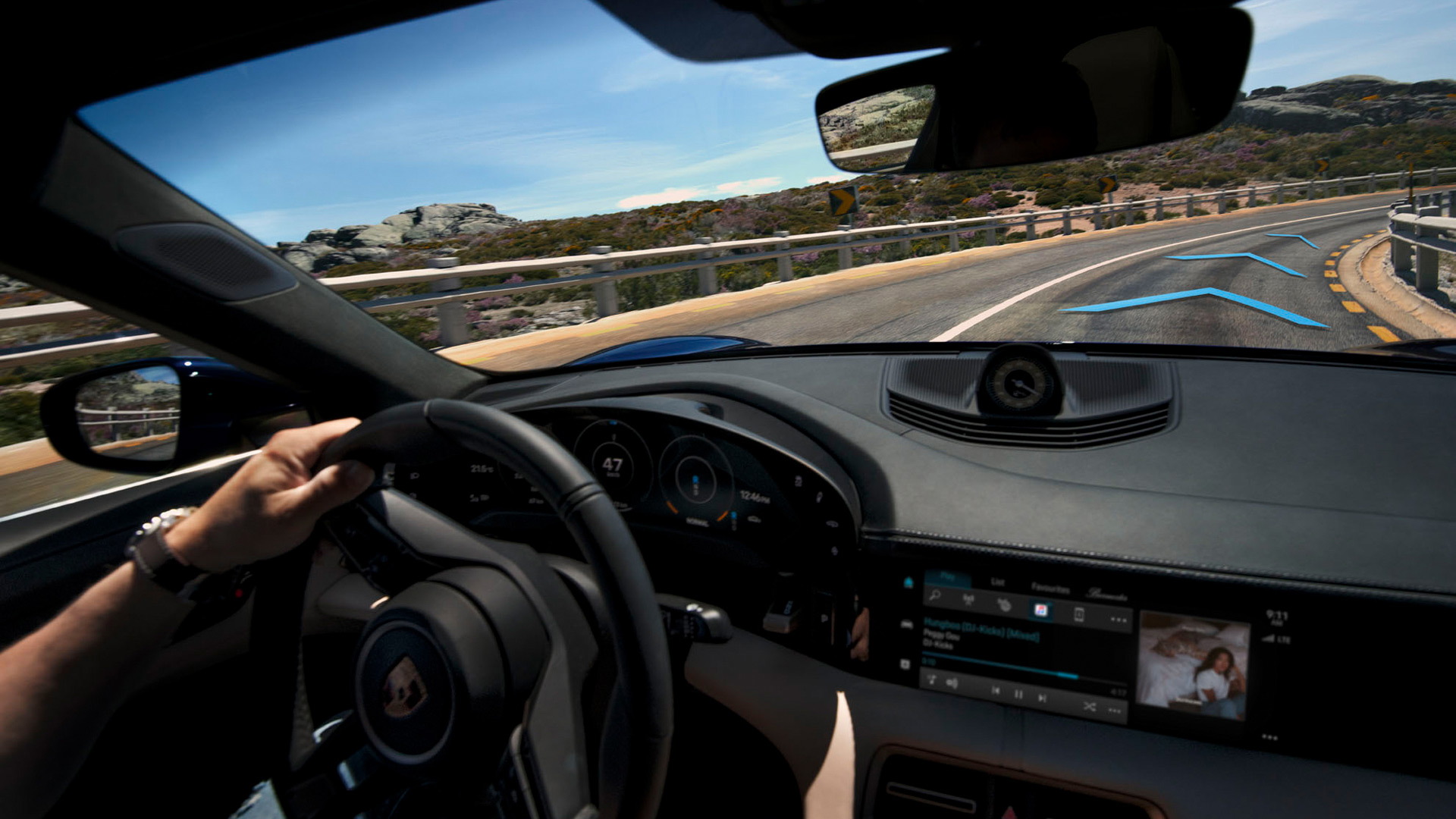 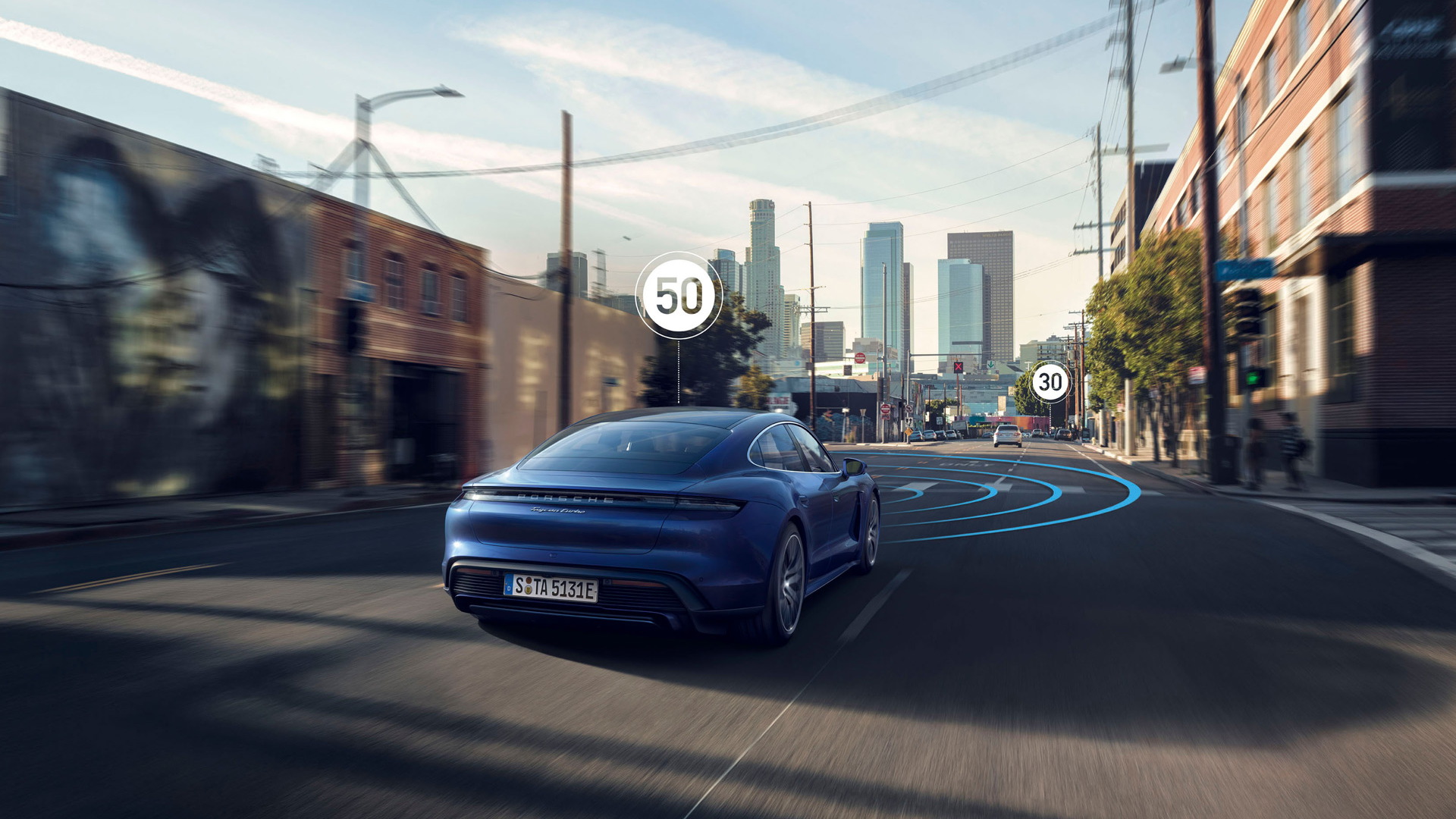 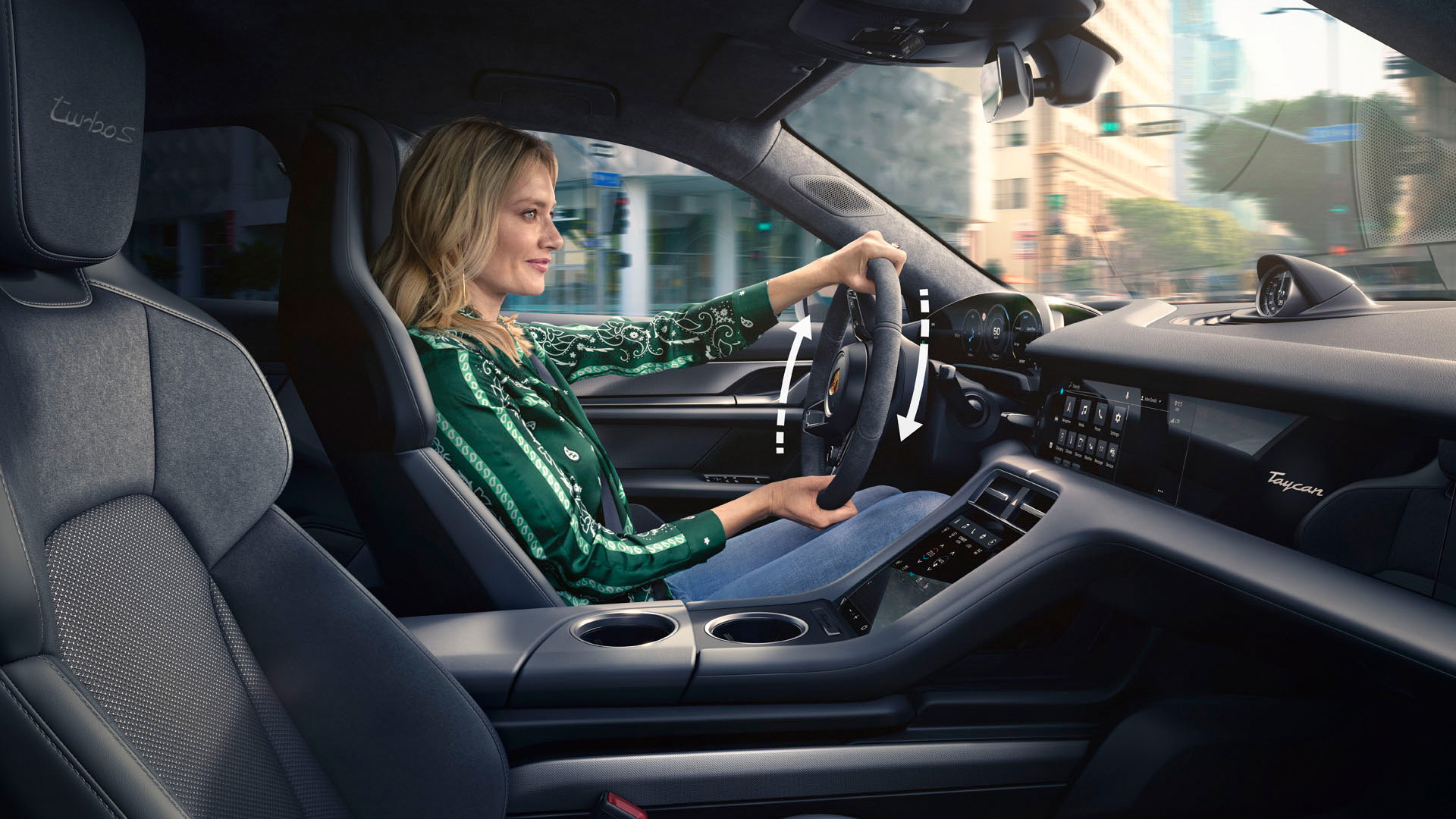 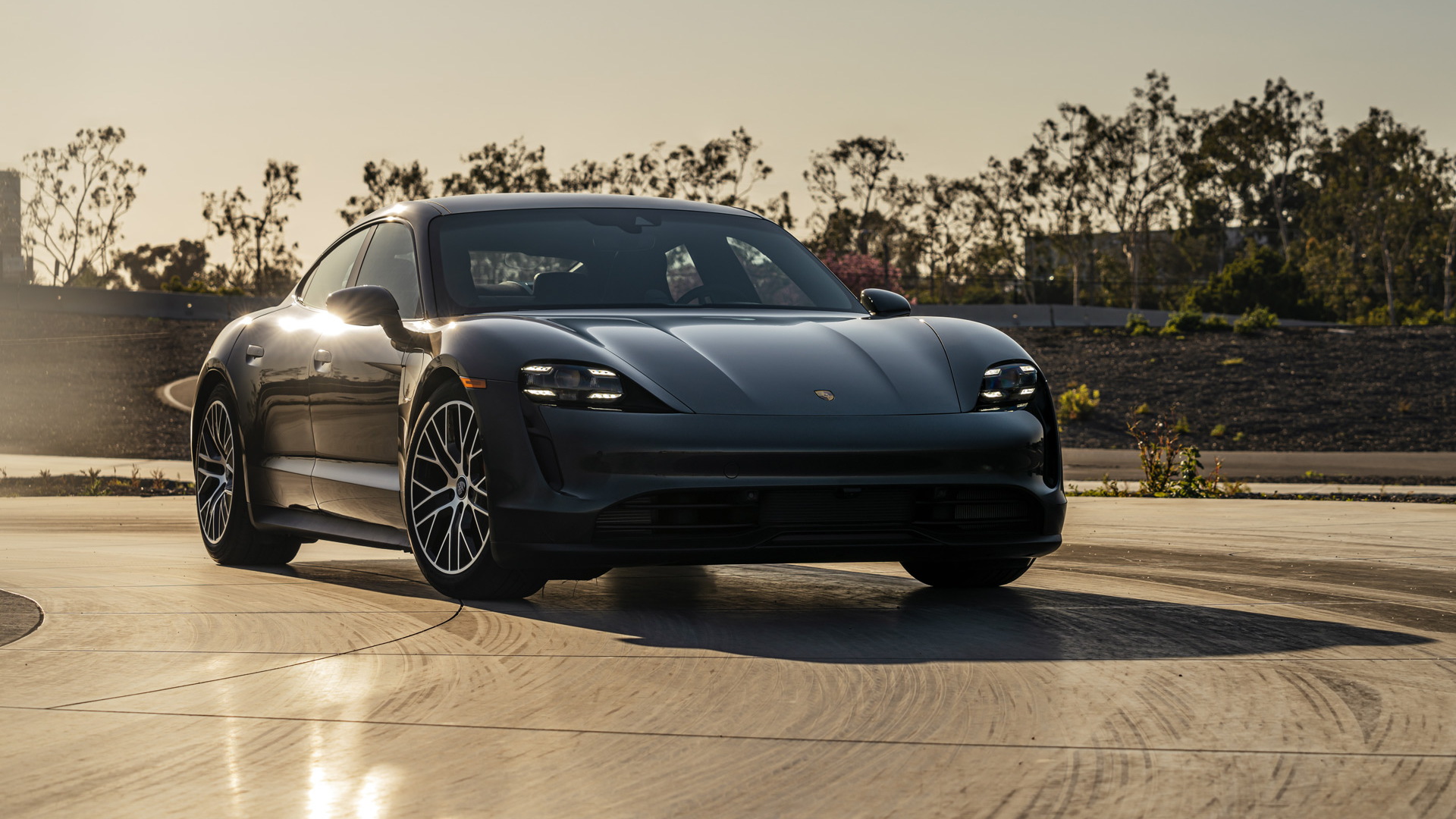 Adding features to the Porsche Taycan electric car soon won’t necessarily be a matter of which boxes you check in the configurator, or which options were included in the one you hand-picked at the dealership.

Porsche released a breakdown Wednesday of what’s on the way for the 2021 model-year Taycan. And while Porsche doesn’t call out any performance or range changes for the U.S.-market Taycan for its second model year, it’s a new system called Function on Demand that appears to be the production debut of something Porsche has been talking about for a few years as potentially rolling out to all of its vehicles eventually. 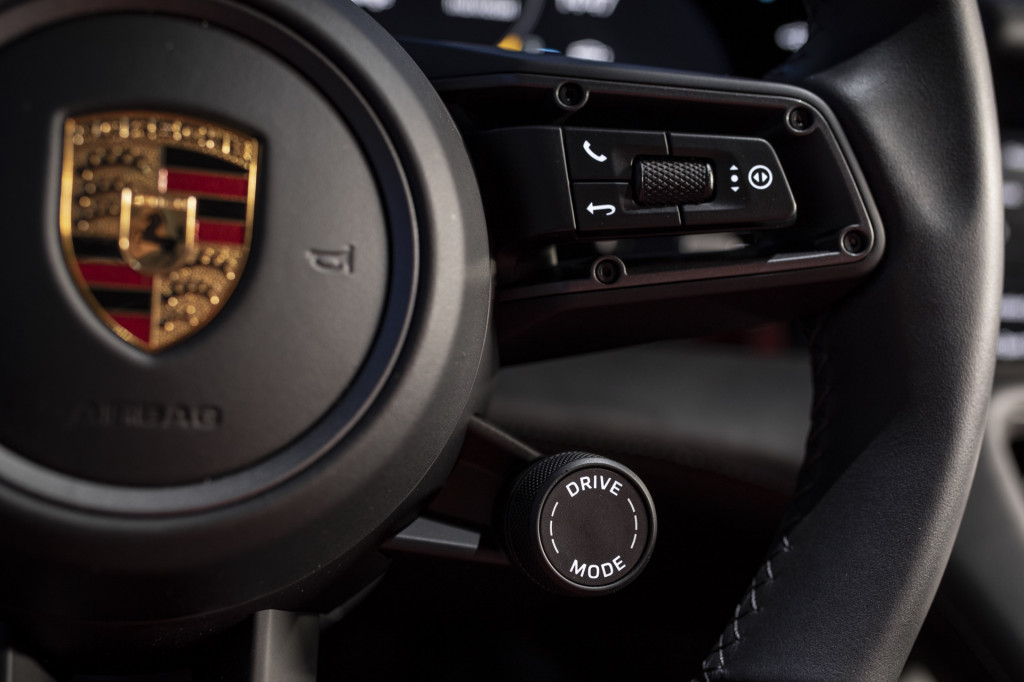 Function on Demand will automatically install a number of new features via a simple over-the-air upgrade—charging your credit card, of course, but avoiding another visit to the dealership.

For instance, cars already equipped with adaptive cruise control can later add active lane-keep assist and a new InnoDrive function that adapts the vehicle speed to conditions ahead, considering “speed limits, turns, traffic circles, and situations where you have to yield or stop.”

The carmaker says that for the 2021 model year there will be four functions offered this way for purchase and three offered as monthly subscriptions.

The Taycan also gets Plug & Charge capability for 2021. That will enable charging stations—Electrify America at first—to identify the vehicle and handle payments automatically, without swiping and making screen selections or opening apps. After you’ve charged once, an EA charger should recognize your car and simply start when you plug in. 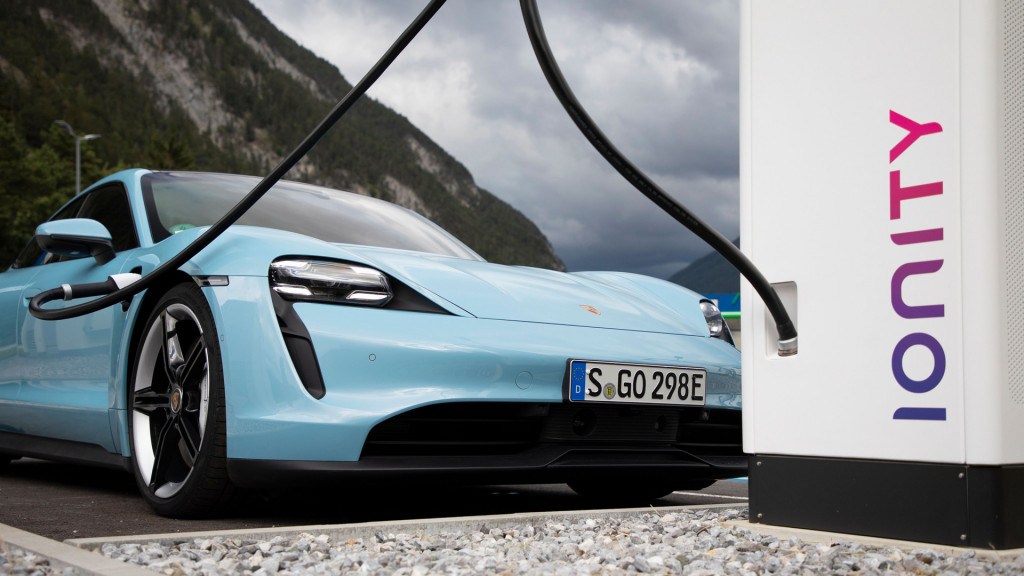 Porsche has introduced a feature it calls battery preservation—limiting the maximum charging power to about 200 kw (instead of the peak of about 270 kw otherwise), so as to increase the battery’s service life and reduce power loss while charging. And a Porsche Intelligent Range Manager helps maximize range when the navigation system’s route guidance is programmed.

Also for 2021, the Taycan can be equipped with the standard 79.2-kwh Performance Battery (versus the 93.4-kwh Performance Battery Plus). Those models with the smaller battery haven’t yet been rated for range in the U.S., but the current lineup’s range ratings of 192, 201, and 203 miles for the Turbo S, Turbo, and 4S models, respectively, are likely to carry over from 2020 with the larger battery. 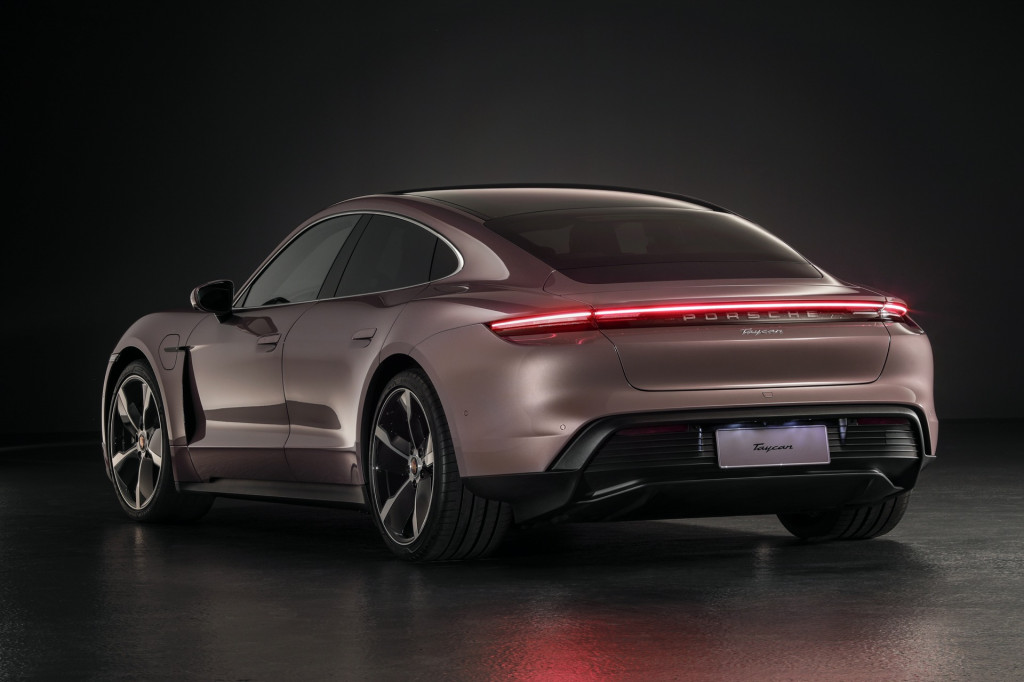 Porsche hasn’t yet provided an update as to whether the base-model rear-wheel-drive Taycan version that’s sold in China is coming to the U.S.

Unlike last year, when a glass roof was included on initial Taycans for the U.S., an aluminum double-bubble roof will be standard, and the Mobile Charger Plus cord will be included in all Taycan models. Models with the adaptive air suspension get a Smartlift function that remembers where you need more clearance—such as going into your driveway or over neighborhood speed bumps. 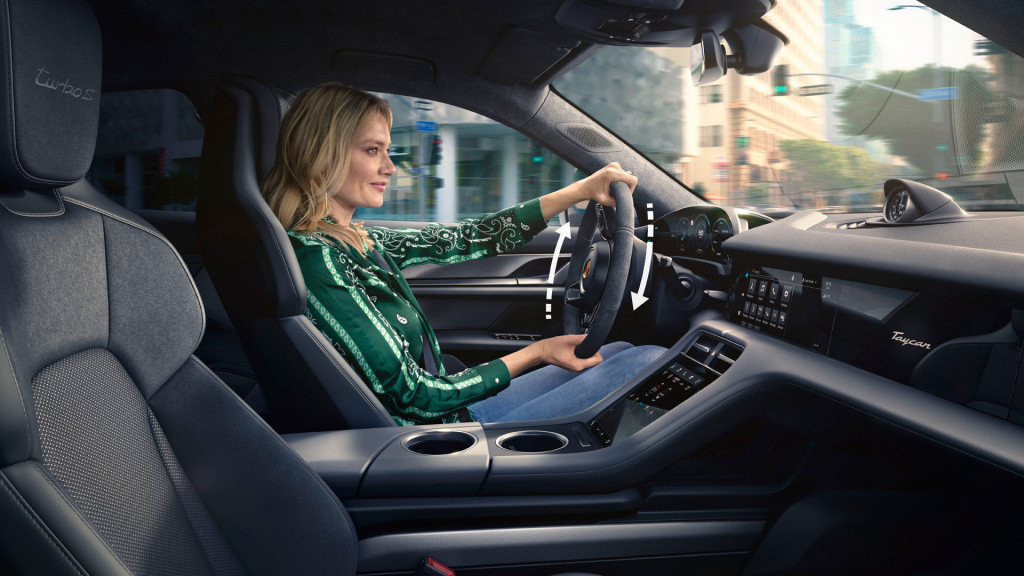 In terms of interface, a color head-up display is newly offered for 2021, and Porsche has made some changes to the infotainment system. That now has the extended SiriusXM 360L lineup, and it allows owners to reorder media sources and prioritize the charging destination list.

Seven new colors for the lineup and five new interior options have been added, and a Carbon Sport Design package is available throughout the lineup.

The 2021 Taycan models will be offered for order beginning in the fourth quarter of the year, with U.S. arrivals in the first quarter of 2021.