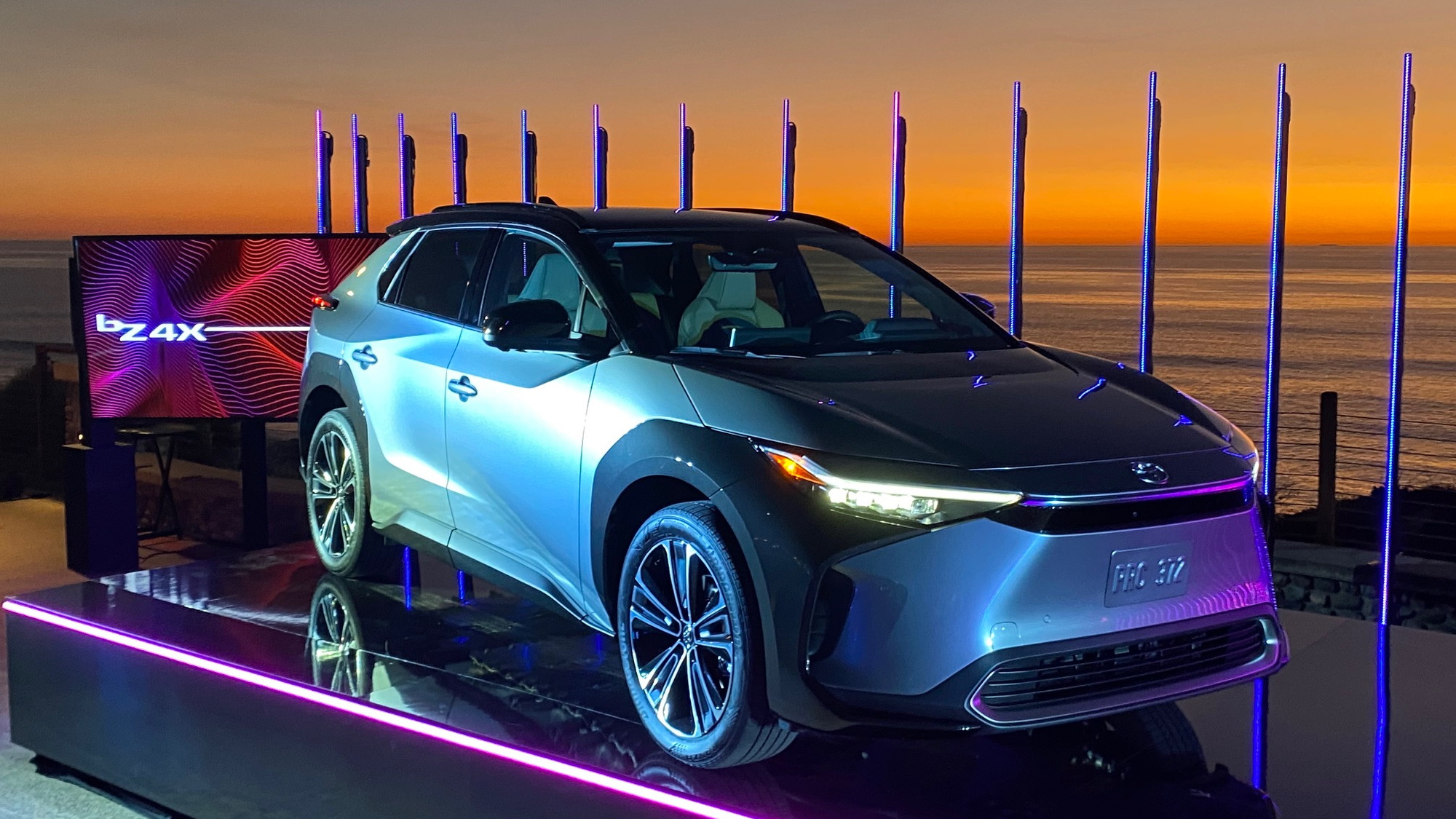 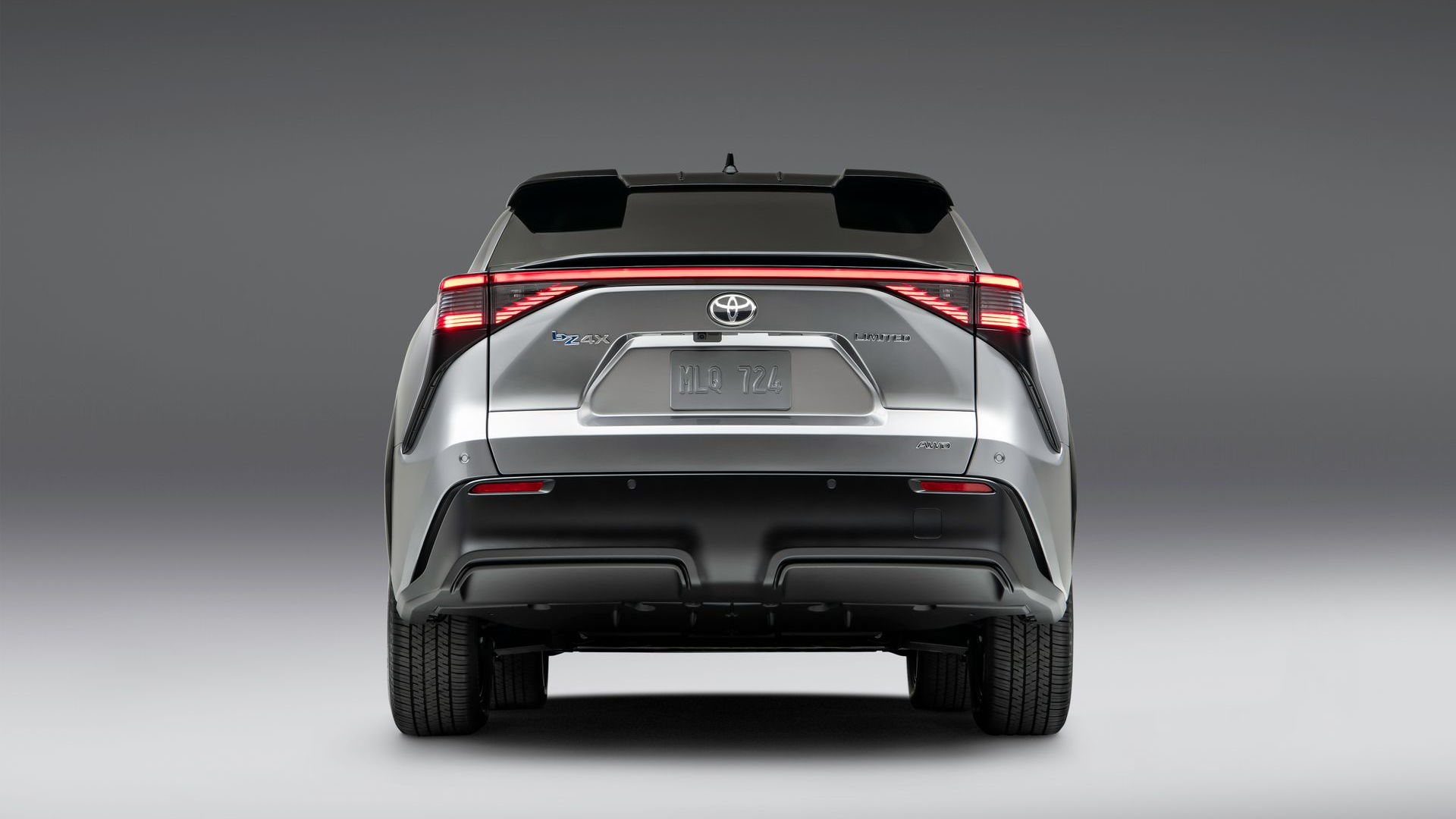 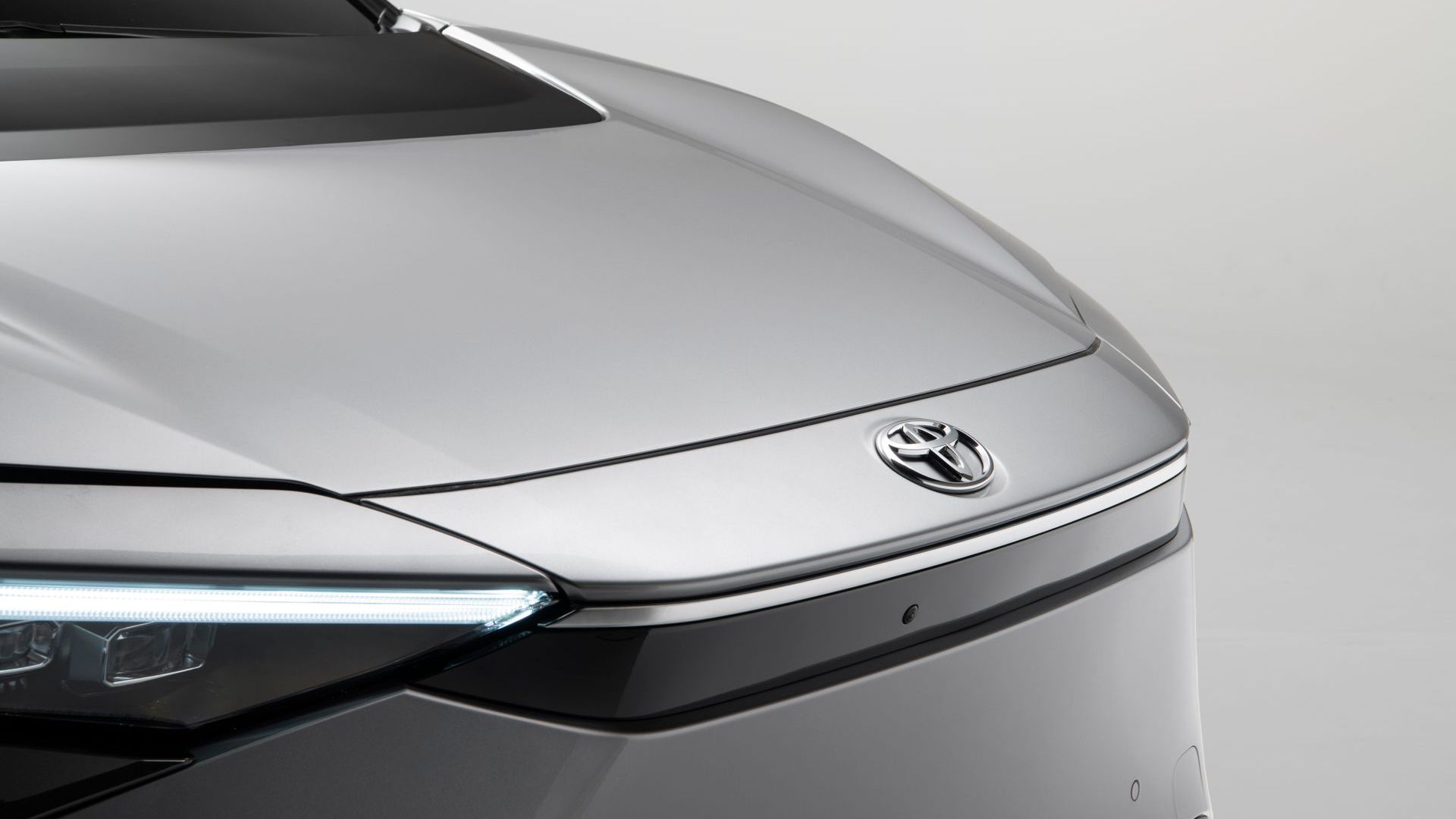 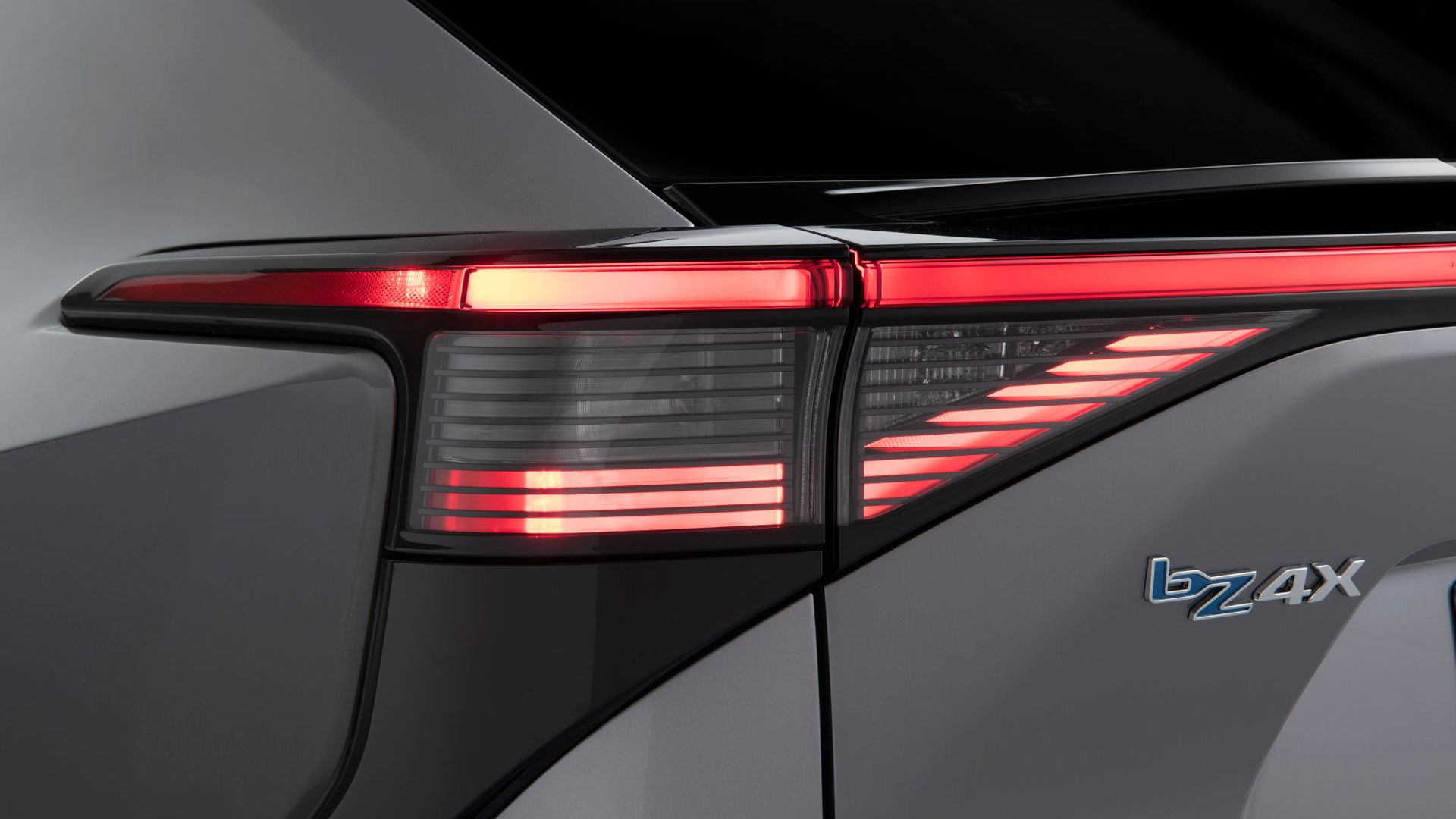 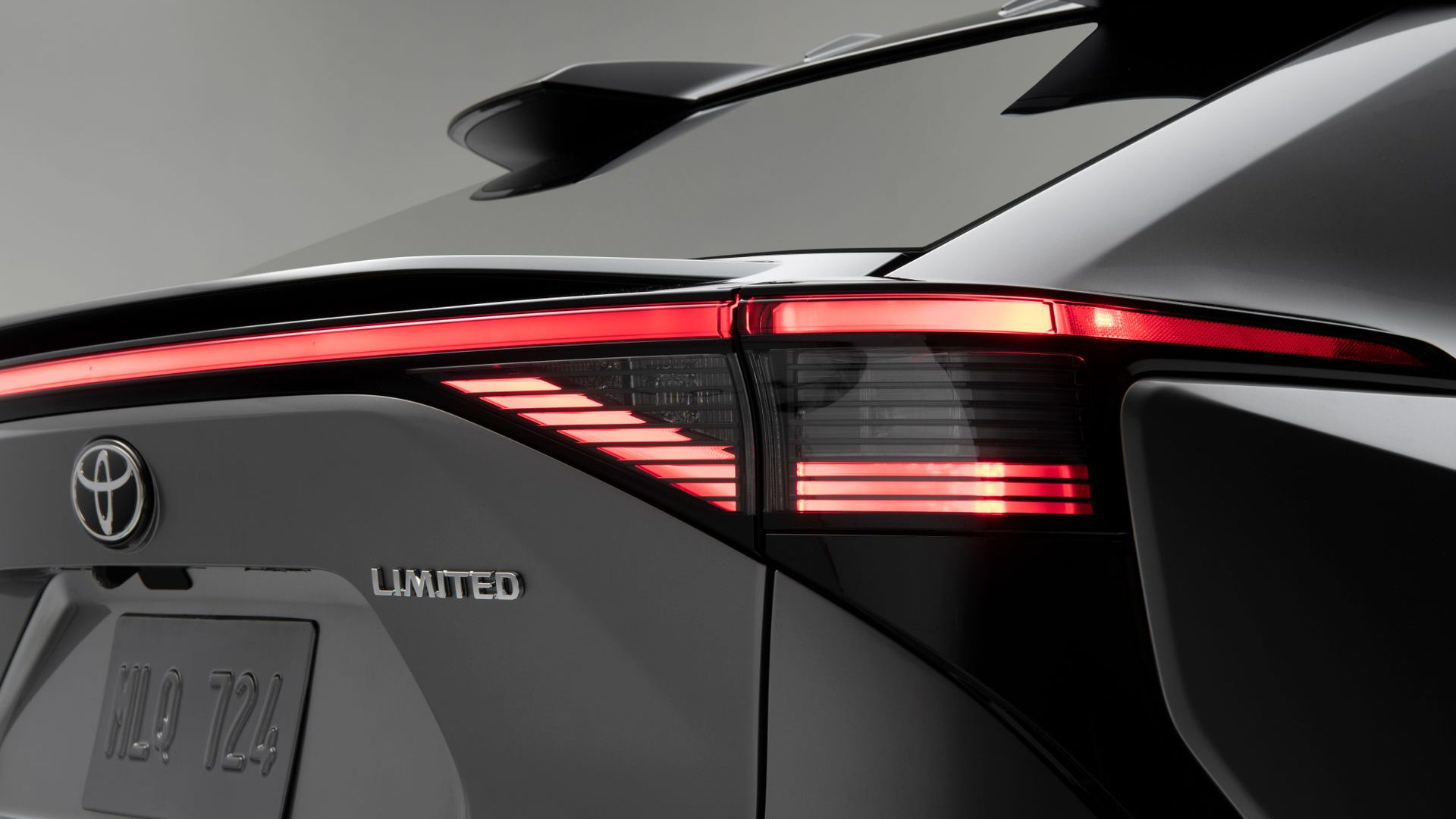 Toyota has officially released photos and first information about the U.S.-spec version of its upcoming bZ4X electric vehicle, which is due to arrive at dealerships in mid 2022.

The global Toyota bZ4X that made its debut a few weeks ago included a few striking features—like the yoke instead of a steering wheel, and a solar roof. Neither of those are coming to the U.S., yet Toyota is planning to include some standout tech, including an industry-first radiant floor heating system; an energy-saving heat pump; and a smartphone-based digital key system that can be passed to other smartphones.

The bZ4X, which will potentially rival the Volkswagen ID.4, Nissan Ariya, and Hyundai Ioniq 5, will be offered in a series of trim levels and in single-motor front-wheel-drive or dual-motor all-wheel-drive versions. U.S. output is the same 150 kw (201 hp) and 160 kw (215 hp) for the single- and dual-motor, respectively. Zero-to-60-mph acceleration times of 8.4 and 7.7 seconds have been listed for other markets, which makes this model quite a bit slower than the RAV4 Prime, but about as quick as a RAV4 Hybrid or single-motor Volkswagen ID.4.

A peak driving range of 250 miles—EPA estimated—will arrive in the base XLE front-wheel-drive version, with all-wheel-drive and more luxurious versions likely carrying lower ratings. It has a curb weight ranging from 4,232 pounds in base XLE single-motor form to 4,420 pounds in dual-motor all-wheel-drive form

Toyota hasn’t yet discussed why the battery pack’s power is listed at 71.4 kwh for front-wheel-drive versions and 72.8 kwh for dual-motor all-wheel-drive versions. It says that it’s targeting a battery-capacity retention of 90% after 10 years of ownership, and it cites progress with its hybrid battery longevity as helping it to achieve that. Toyota hasn’t released any detailed info on charging times for the U.S. market, but it does say that the bZ4X is capable of an 80% charge “within one hour.”

In an event earlier this week, we had the chance to see the bZ4X up close. In front, it looks both blunt and aerodynamic. The front end is modeled after a hammerhead shark and forms a distinctive leading edge at the start of a sculpted hoodline, flanked by thin headlamps. In back, the trapezoidal theme that you can see in the RAV4 is in full force here, with a light strip across the rear and corner lamps that have extensions wrapping around to the side.

The bZ4X looks longer and wider than the RAV4 at first glance, but it comes down to some overall dimensions that are closely paired with that top-selling model, albeit with some quite different proportions. The bZ4X is several inches lower than the RAV4; it rides on a long 112.2-inch wheelbase (7.5 inches longer than RAV4); the windshield is even steeper; and its greenhouse (window space) looks somewhat narrower.

A panoramic roof will brighten up the interior, and from what we could tell in a quick look inside, the bZ4X has loads of legroom compared to the RAV4 although perhaps a bit less headroom in back. The rear seatbacks are split and fold forward to a long, continuous cargo floor, and that floor and the liftover height in back are quite low. Toyota says that its paid extra attention to interior noise, with acoustic glass and other wind-noise reduction features.

Toyota confirms that the bZ4X will come with a heat-pump system that aids both heating and air conditioning. Steering-wheel and seat heaters are included in some models, as is radiant heat for front-seat feet and legs—a Toyota first.

The infotainment system, developed in the U.S., supports over-the-air updates and will include Apple CarPlay and Android Auto compatibility. WIth an extra-cost subscription, a Drive Connect service delivers traffic info, parking space ability, and more in real time, as well as charging-station info and support for driving range and waypoints. A smartphone-based digital key system is available and allows keys to be passed to friends or family.

The bZ4X is built on Toyota’s e-TNGA platform but co-developed with Subaru—and incorporating Subaru suspension tuning and X-Mode off-road software controls. It’s closely related to the Subaru Solterra. There’s a strut-type suspension in front and a multi-link rear, and it includes four-wheel ventilated disc brakes.

The battery pack is liquid cooled and has its own frame and cross-bracing for safety. Toyota also says that the bZ4X will be the first from the automaker to include an updated Toyota Safety Sense 3.0 package, with a longer detection range for radar and camera sensing improving the performance of the whole active-safety set—including active lane control, automatic emergency braking and pedestrian and cyclist detection.

With the bZ4X set to arrive at dealerships in mid 2022, expect information on pricing and more about feature details early in 2022.