B2U Storage Solutions has turned about 160 used Leaf battery packs into an energy-storage array that supports a 1MW solar farm in Lancaster, California, according to a video from Canary Media (via Charged EVs).

The company says it's been regularly bidding on the California power market for over a year. In the video, B2U CEO Freeman Hall said the company sells energy for as much as $200 per MWh, and charges the batteries at a cost of about $25 per MWh. B2U also recently attracted investment from Japanese conglomerate Marubeni.

The battery array currently has a capacity of 4 MWh, and can deliver 2.75 MW of power, according to the company. The packs are charged from the solar array when energy prices are low (typically mornings), and can discharge power into the grid during times of peak energy demand, when prices are higher. 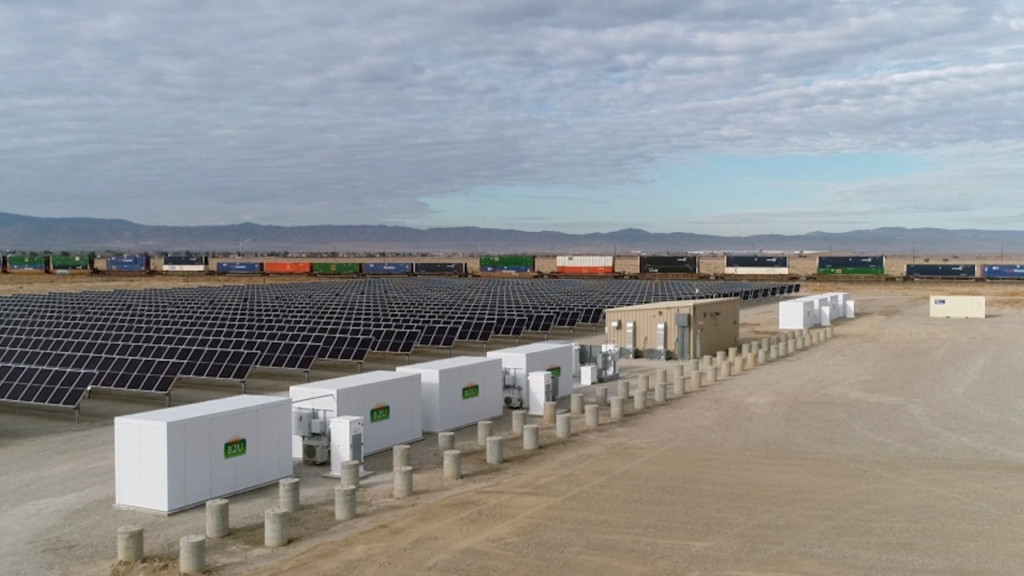 What sets B2U's array apart is that entire battery packs are reused without alterations. They're simply placed in small structures, complete with their original casings. That helps lower costs, the company noted.

Nissan has been talking about second-life uses for Leaf battery packs since the model first arrived. Previous efforts have involved some level of disassembly and incorporation of the used modules into a new unit, however.

Nissan also tried marketing its own energy-storage systems, powered by 12 modules from Leaf electric cars rather than brand-new cells. Those systems were never offered in the United States, however.

Stationary storage might get years of use out of packs recovered from EVs, before they go to the final stage: recycling.