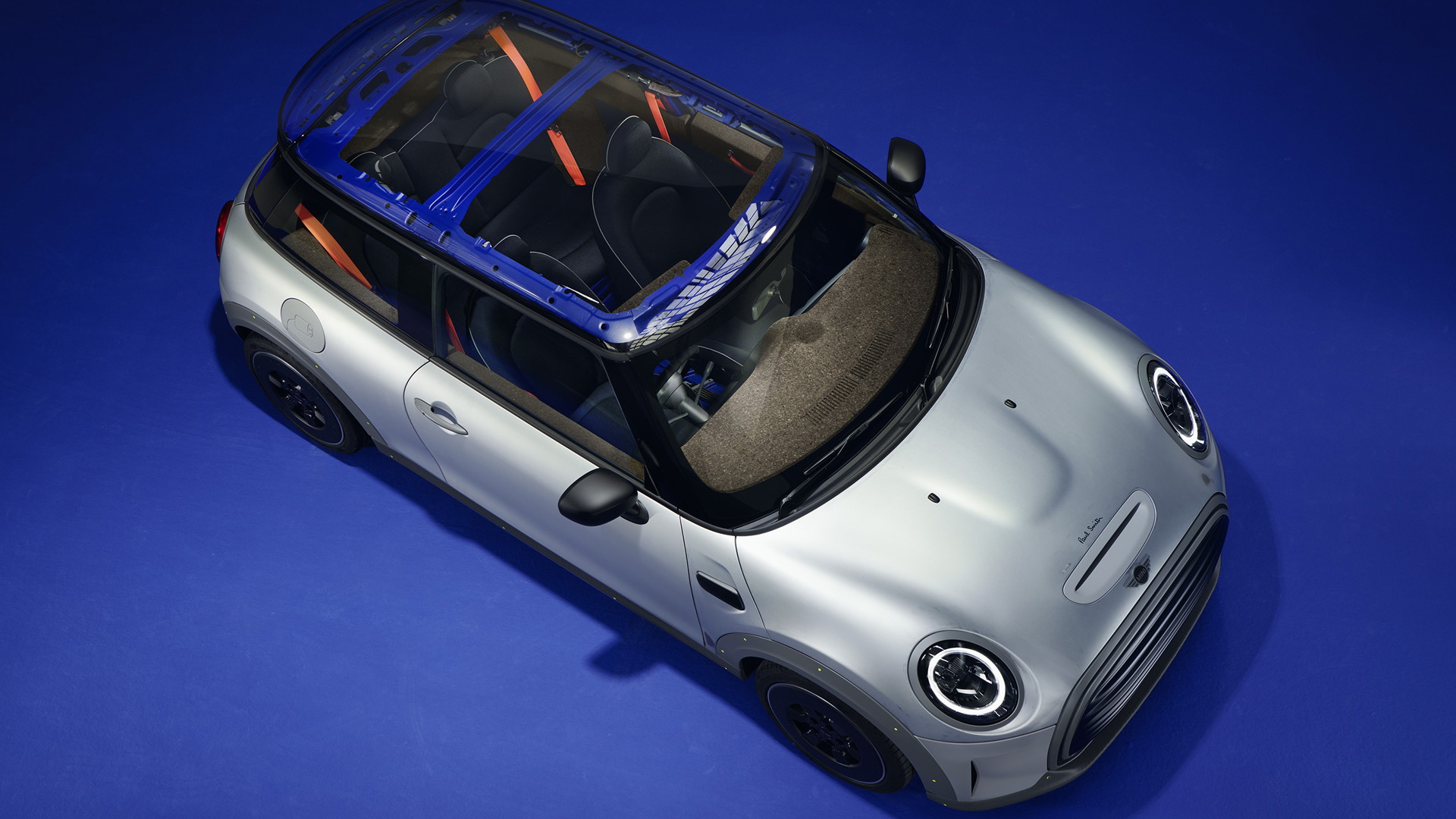 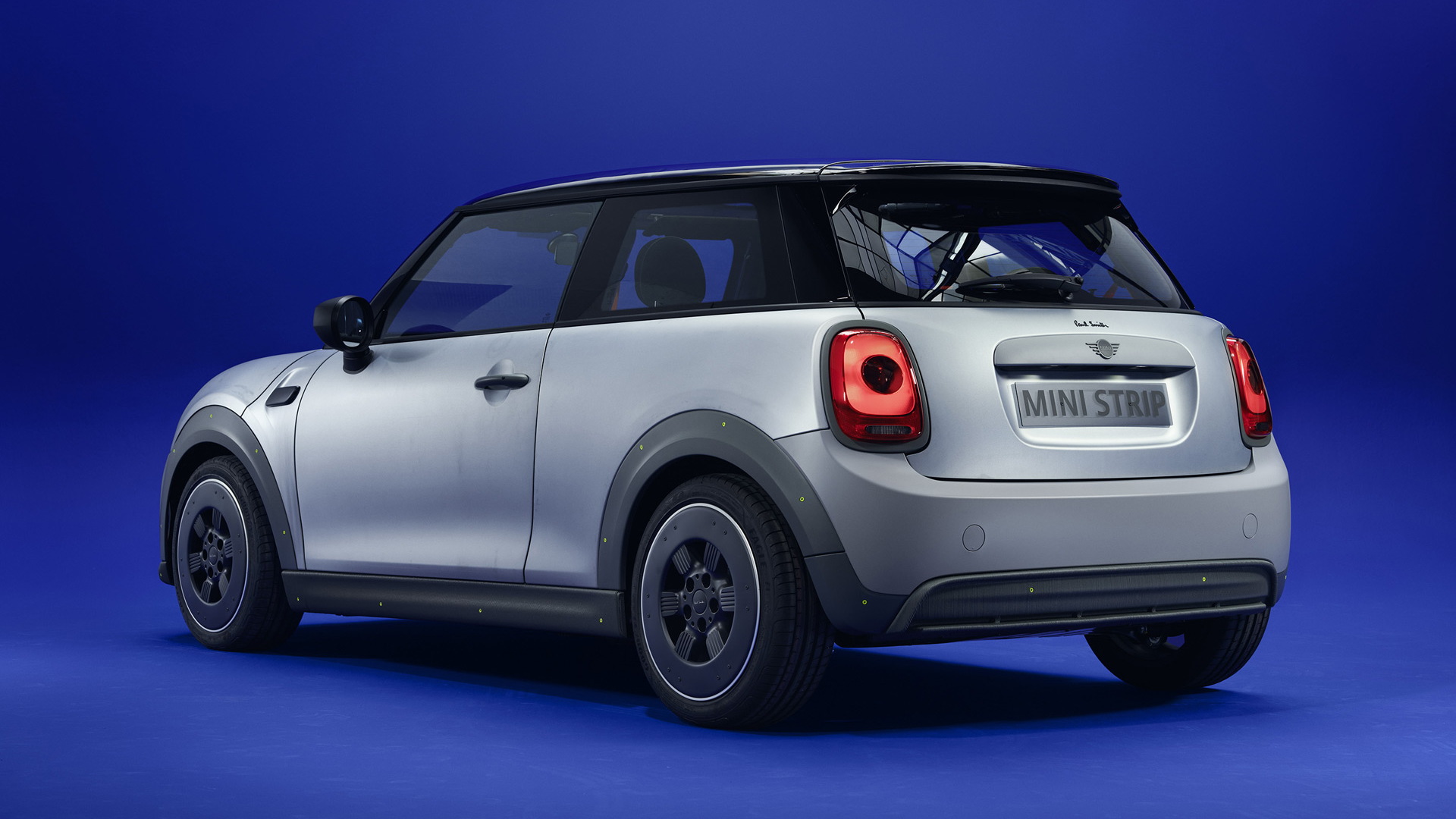 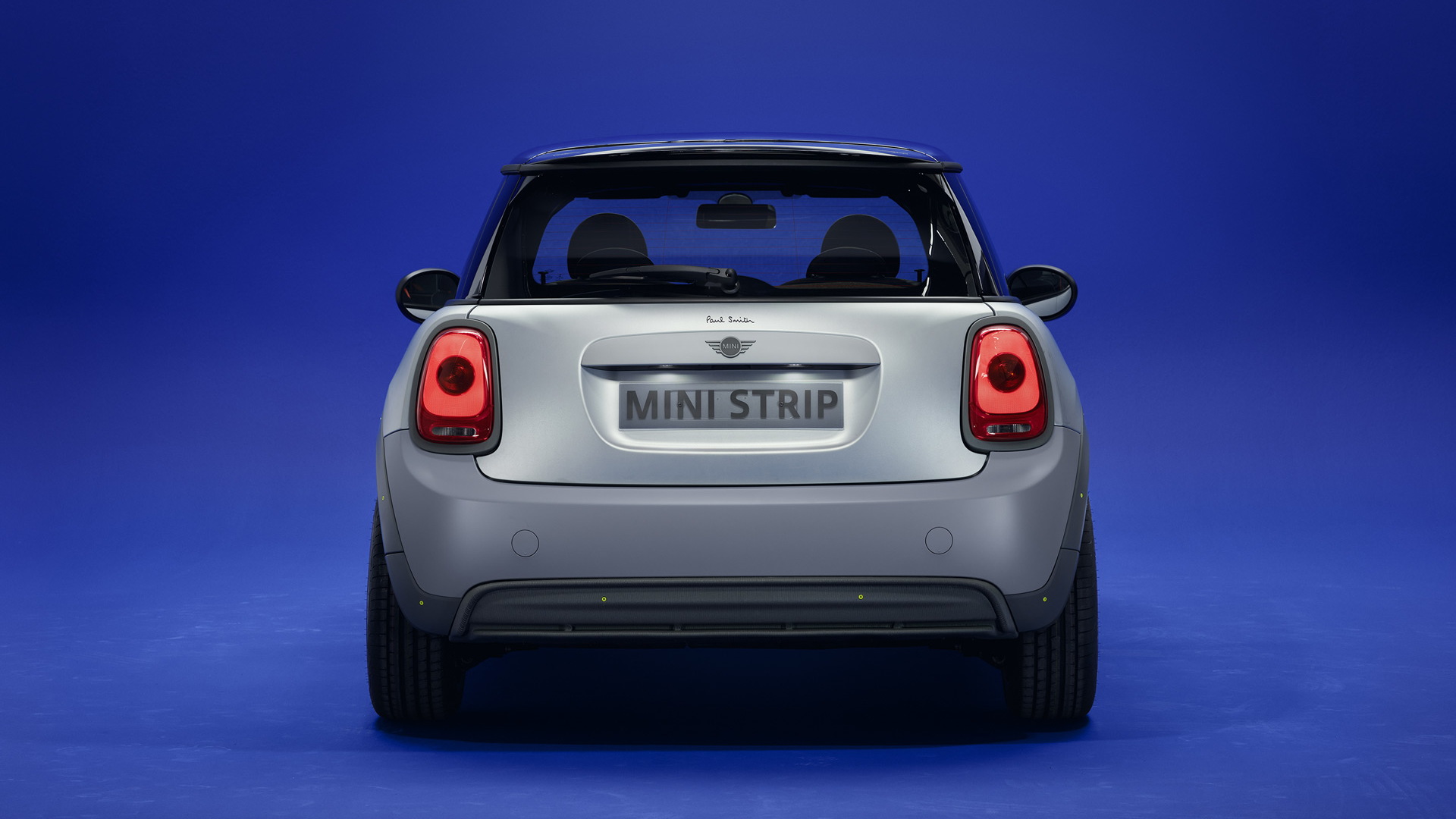 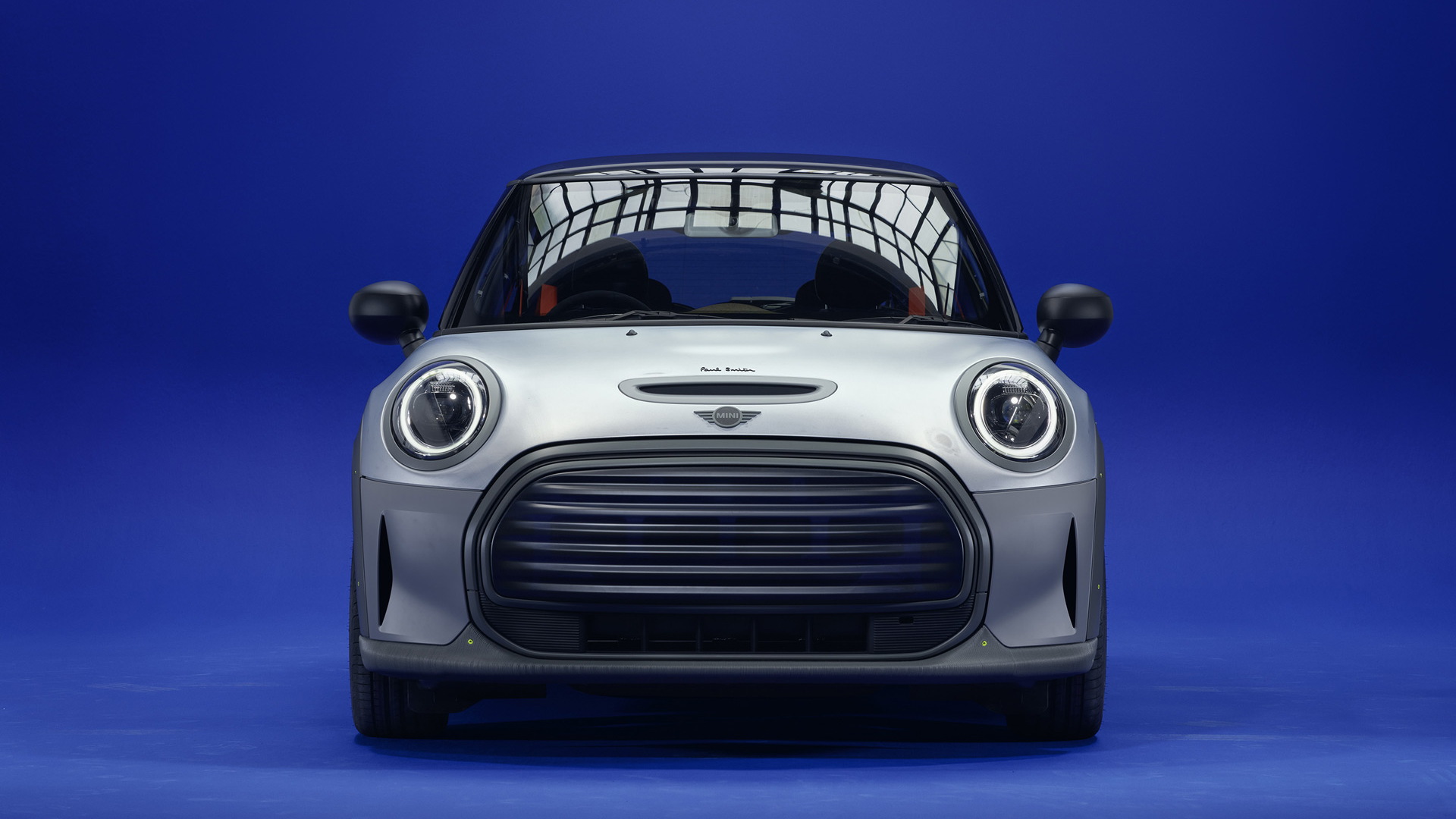 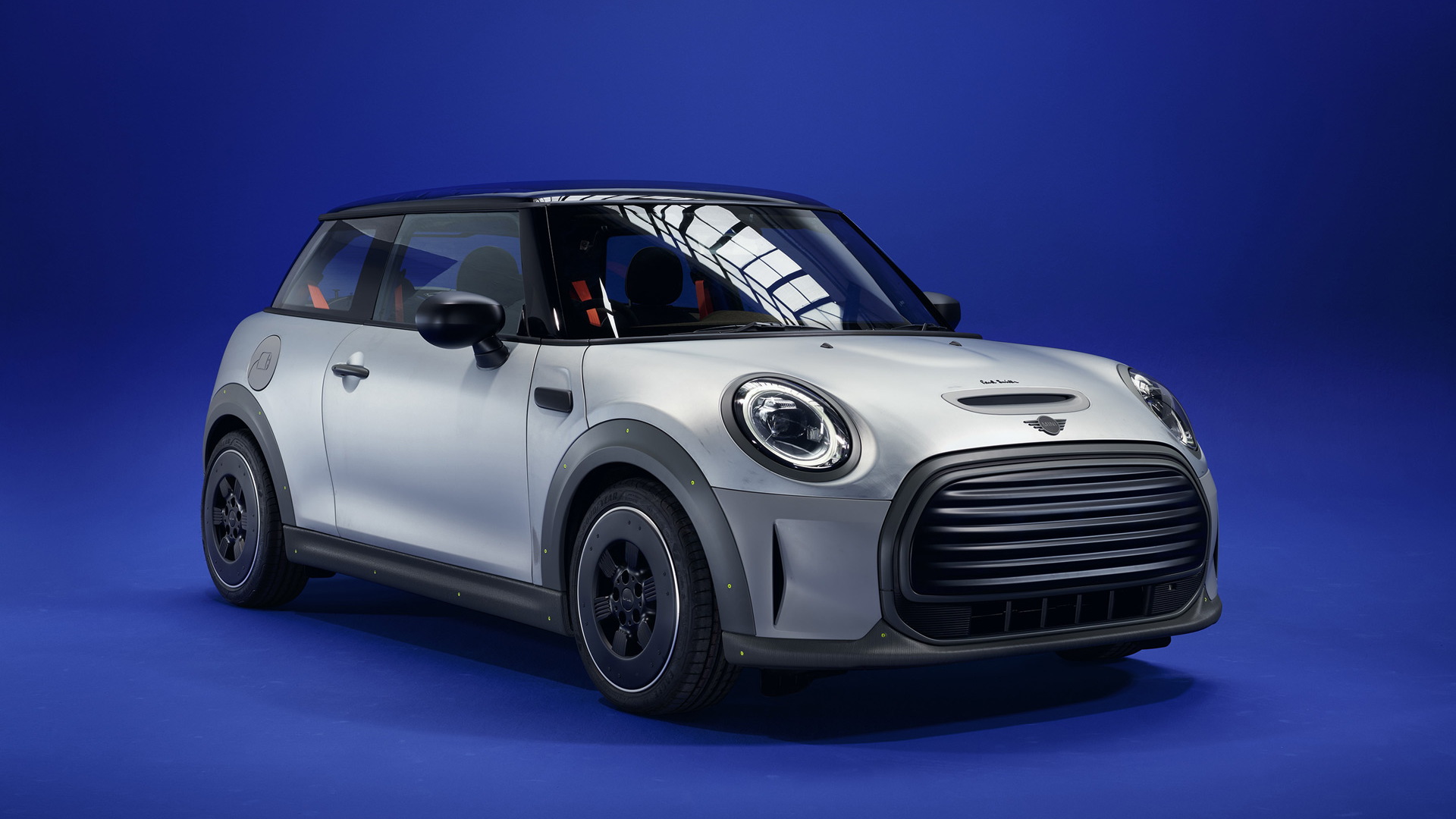 A one-off Mini Concept that made its debut on Thursday explores an idea that cars, especially small urban electric cars like the Cooper SE, could be a lot simpler and thus more sustainable.

Called the Mini Strip, the car is a collaboration with fashion designer and bicycle enthusiast Paul Smith, and “showcases inspirational ideas for a more sustainable method of automotive design.” While that didn’t mean reengineering the car, it did mean stripping the entire Mini Cooper SE electric car down to the structure and adding back only what was deemed necessary.

Mini has never shied away from the idea of minimalism, so the motivation sounds a bit like a reality check for the brand, which has made its vehicles larger, heavier, and more loaded with tech in recent years.

Inside, there’s no leather or chrome. Dash door trim, and original materials were stripped out, and new bare essentials made of recycled materials subbed in. Examples include door handles made of wood climbing rope, cork door shoulders, and milled aluminum door openers. The interior of the body shell has been colored blue, and instead of the production car’s dash there’s a semi-transparent section, with infotainment and perhaps gauges left to smartphones.

Airbag units are exposed, and the body exterior is left in raw form, with only some “transparent paint” applied as a corrosion protection.

Oliver Heilmer, Mini’s design chief, called the one-off concept car, initially to be displayed in London, “a strong character statement” for the brand.

Mini has left out some key pieces here, like how much the car weighs, or what kind of improvement in range such an exercise would earn. But after abandoning the idea of handing some of the space-age carbon-fiber tech from the now-discontinued BMW i3 down to Mini eventually, we’re happy to see the brand back thinking, in full Mini tradition, that sometimes less is more.