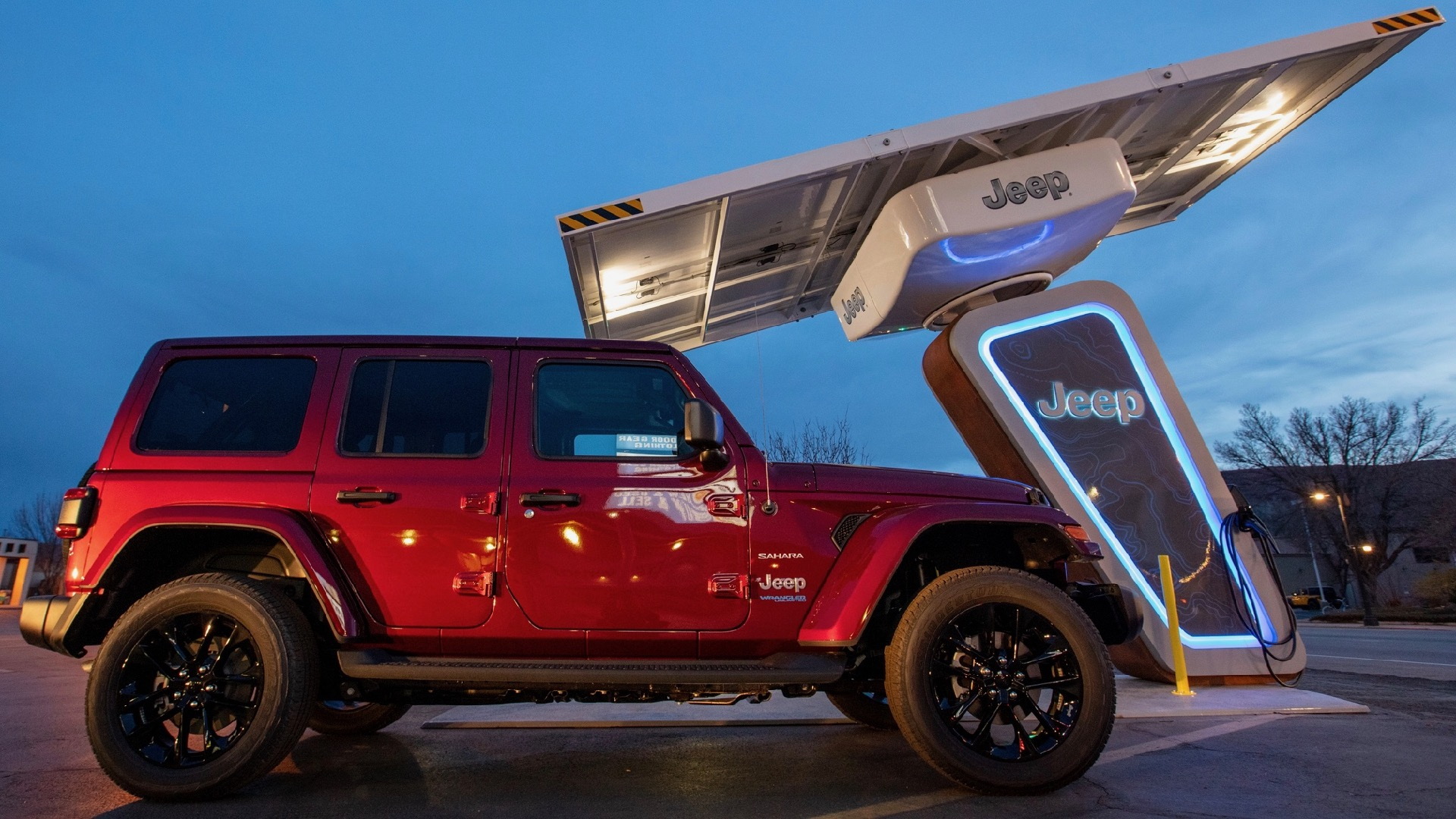 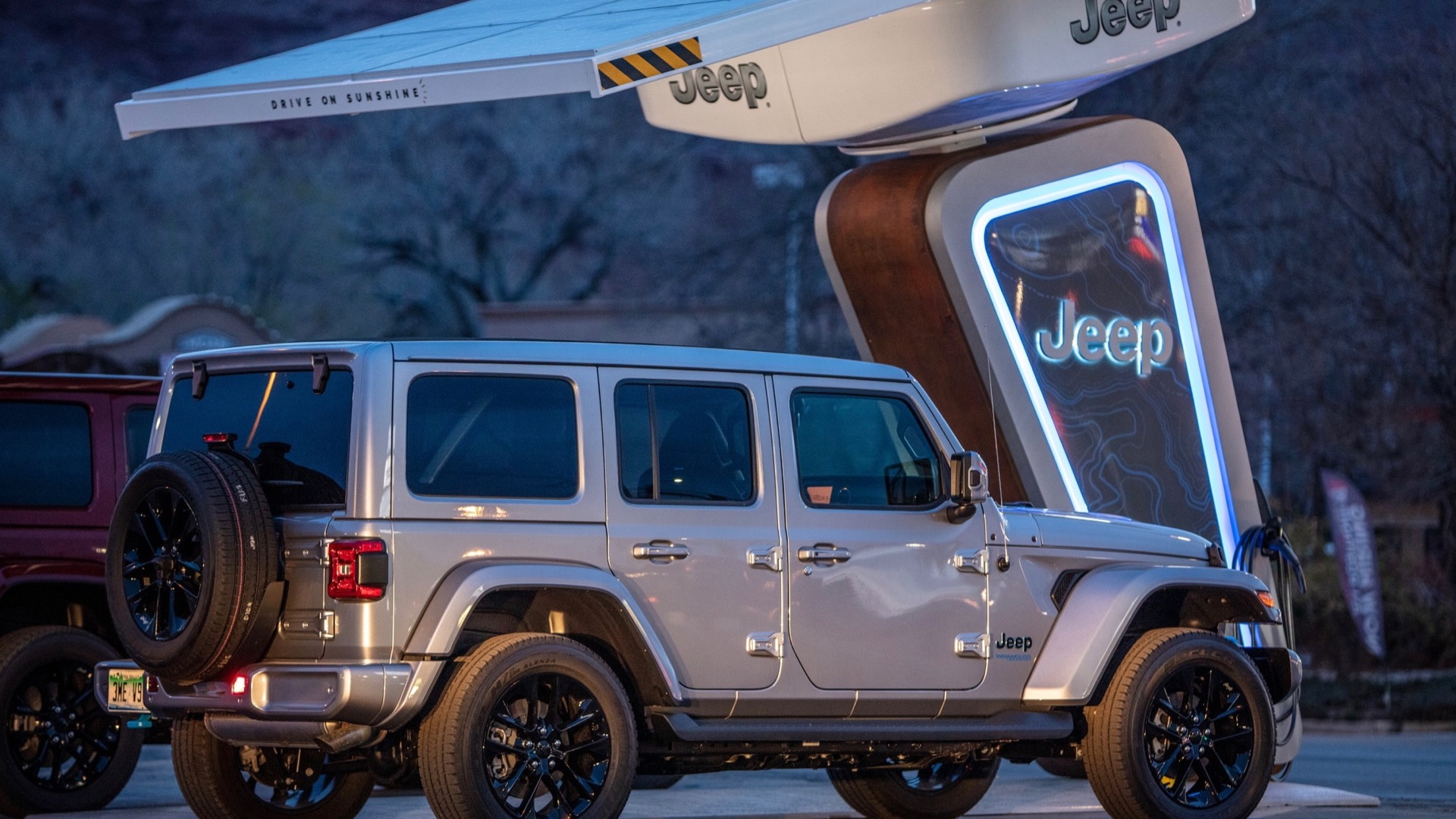 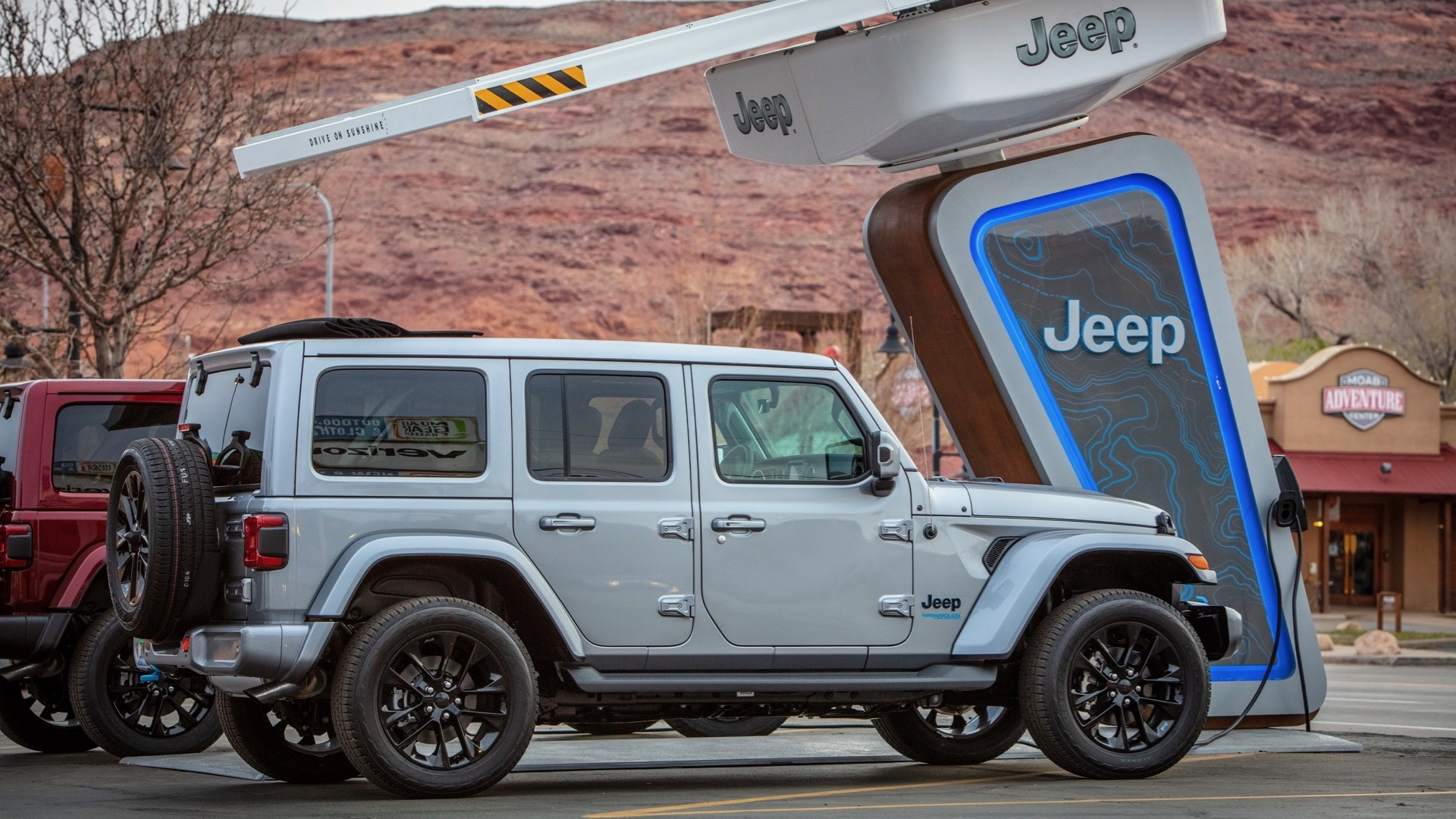 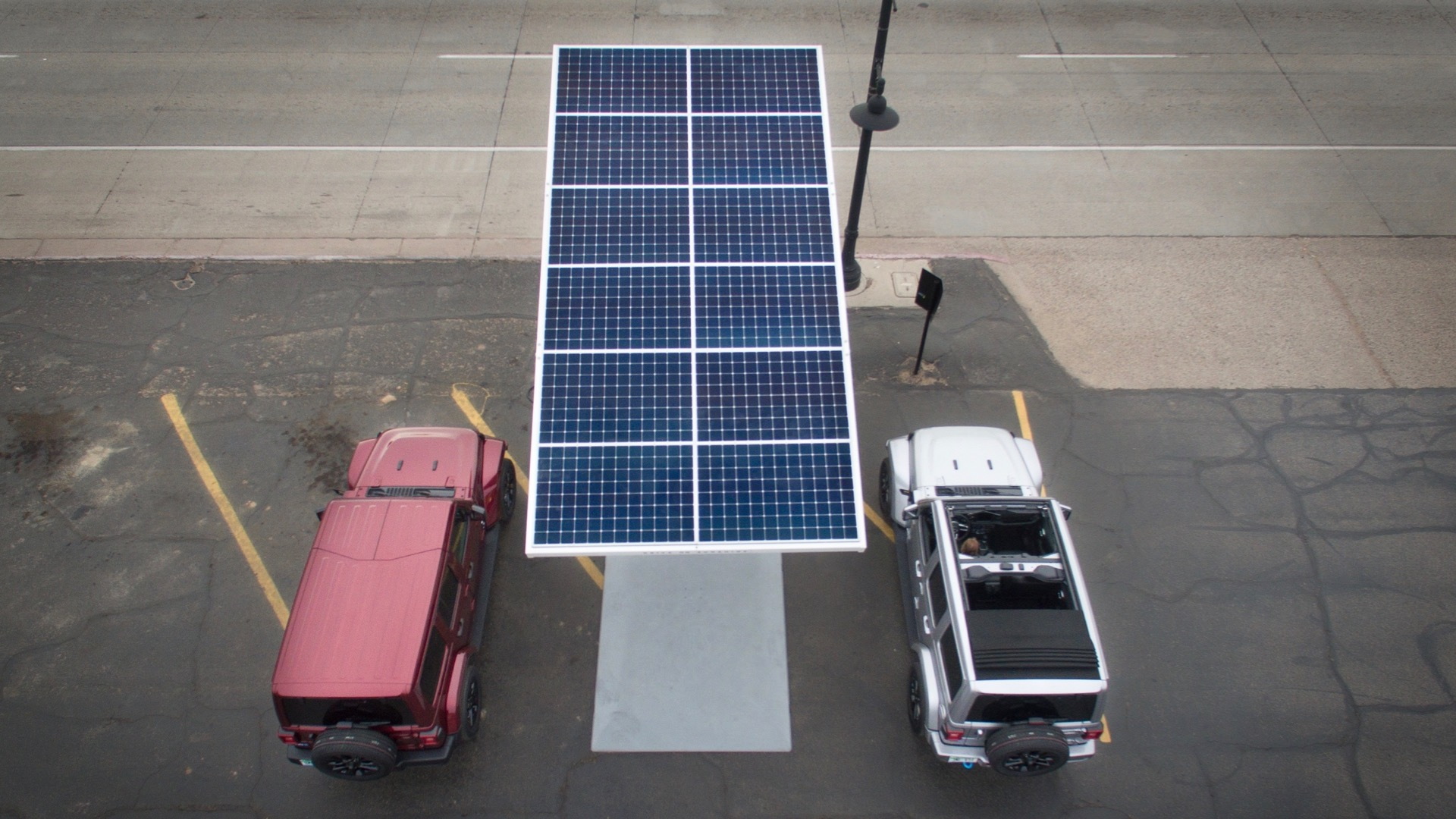 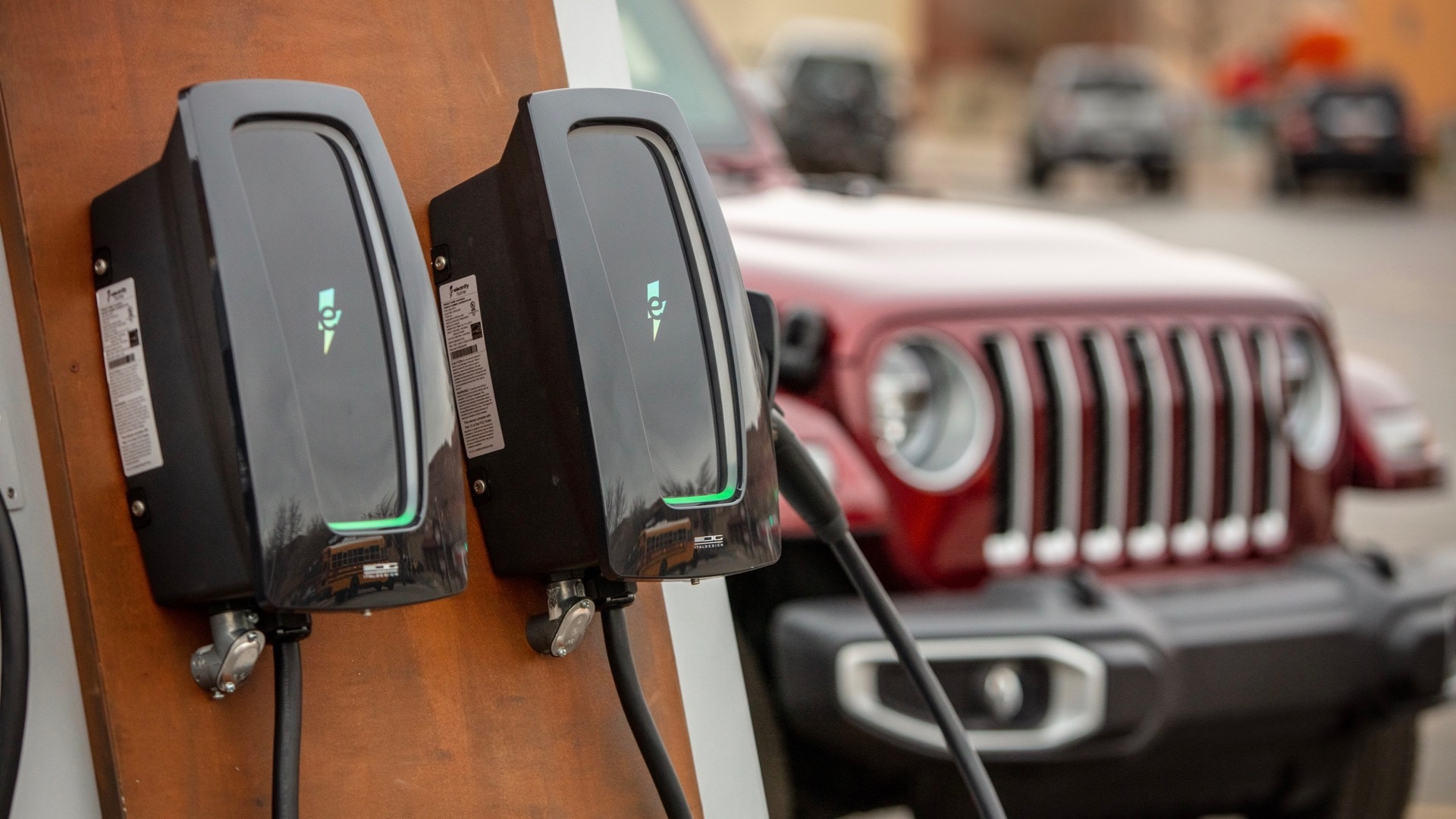 Jeep executives previously mentioned a network of charging stations, but this serves as an official confirmation and fills in some details about the rollout. The first stations of the so-called Jeep 4xe Charging Network will open at three off-road sites, with additional stations to be added throughout the year.

The first sites include Moab, Utah; the Rubicon Trail in Pollock Pines, California, and Big Bear, California; a Jeep press release said. Additional locations will be announced at a later date.

All charging stations will be 240-volt Level 2 AC, capable of recharging the Wrangler's 17-kilowatt-hour battery pack in about two hours, according to Jeep. Some of the stations will be solar powered, but others will be connected to the grid, the automaker said.

Positioning charging stations at trailheads holds true to Jeep's plan to electrify off-roading with the Wrangler 4xe, which was configured the way it is not for absolute street efficiency but to provide fully electric off-road ability The Wrangler 4xe was rated earlier this week at 22 all-electric miles, and at 20 mpg as a hybrid. That's not great for a plug-in hybrid with such a large battery pack, but Jeep believes it will be enough for all-electric off-roading.

Earlier this week Jeep also teased the Magneto concept, an early exploration toward an all-electric Wrangler that will arrive around 2024. Future electric Jeeps will be more capable than gas or diesel ones, and the brand intends to bring "as many electric Jeeps as it can" to the U.S., global president Christian Meunier said in an interview with Autocar last year.