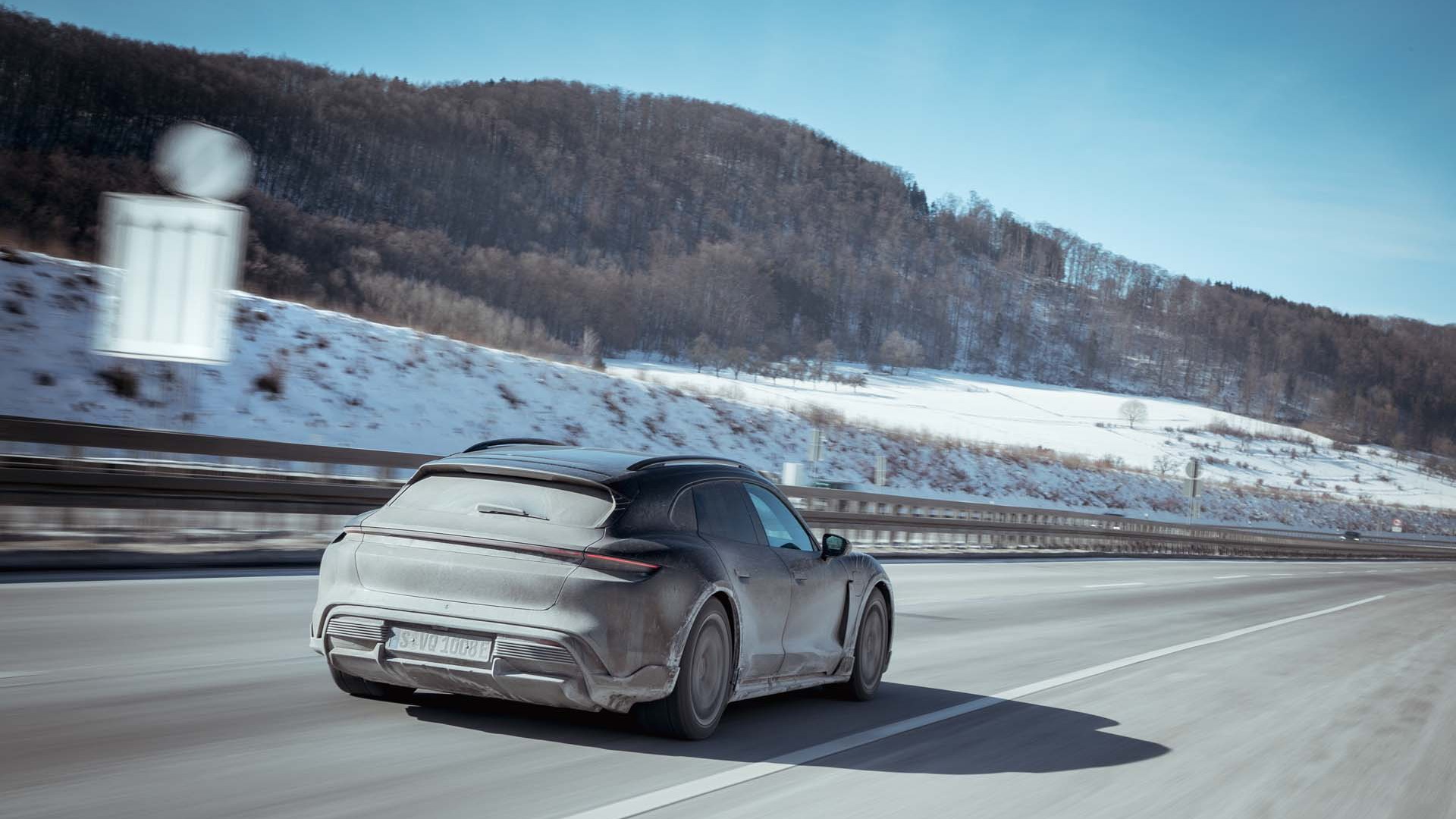 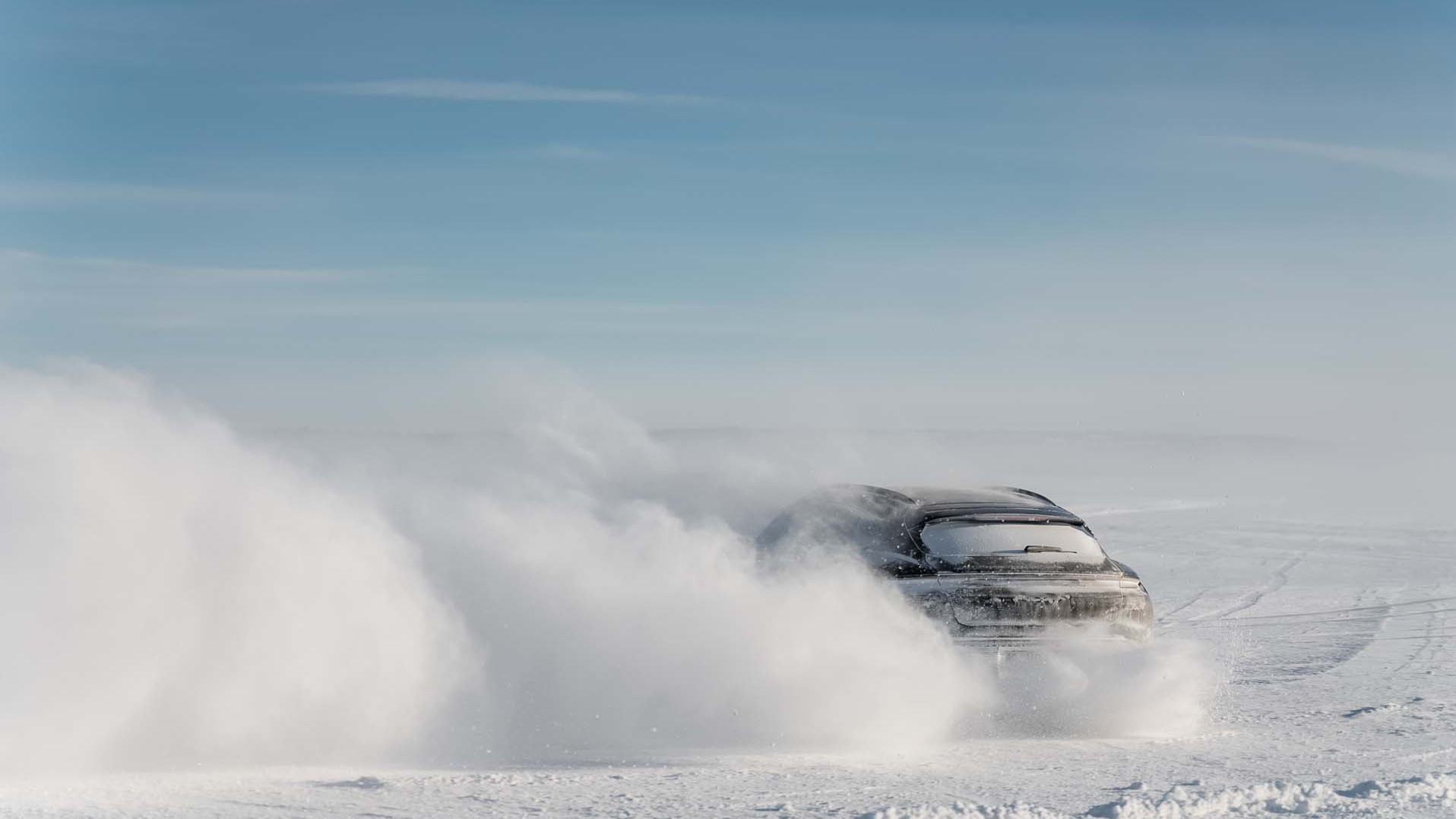 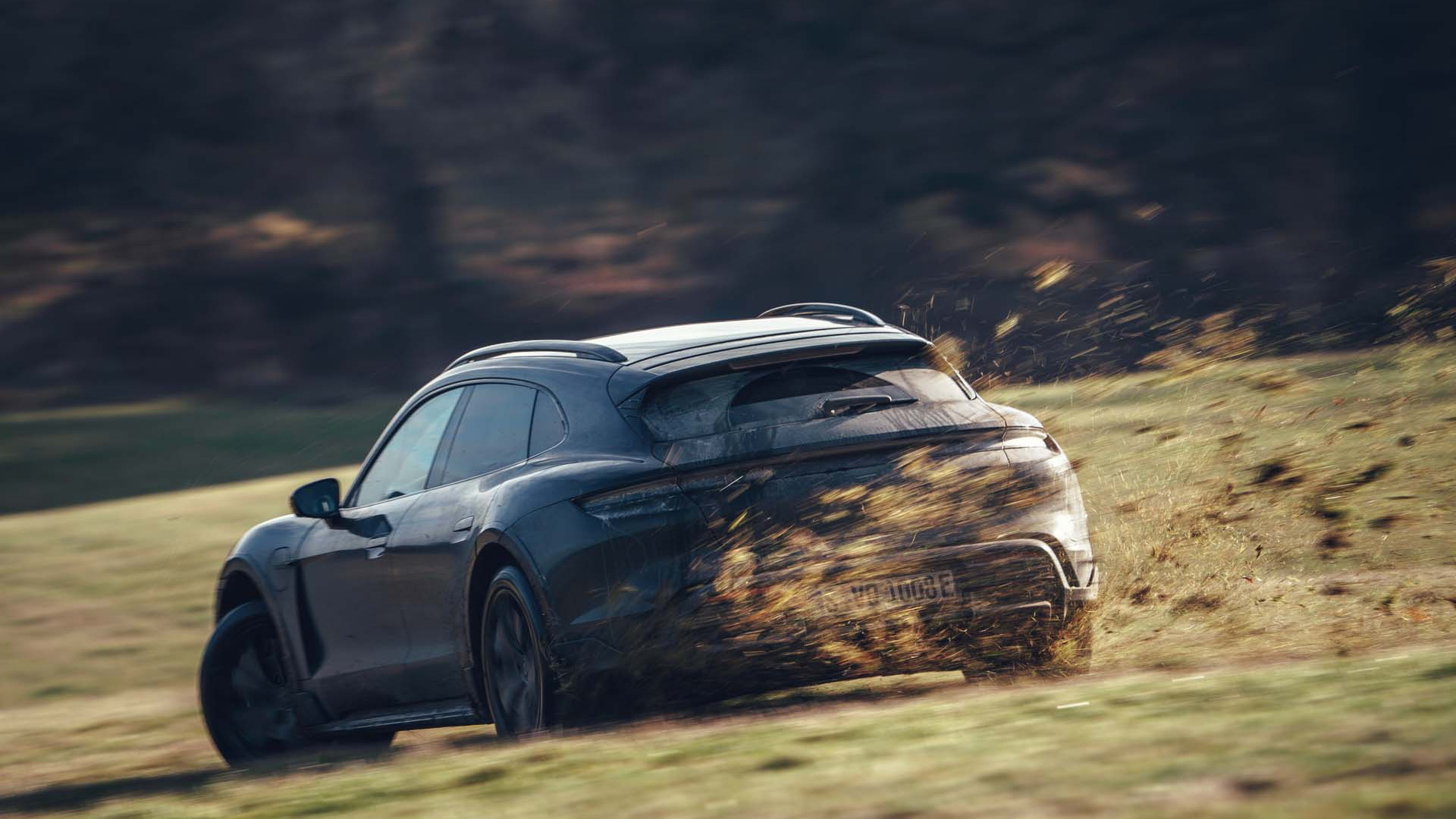 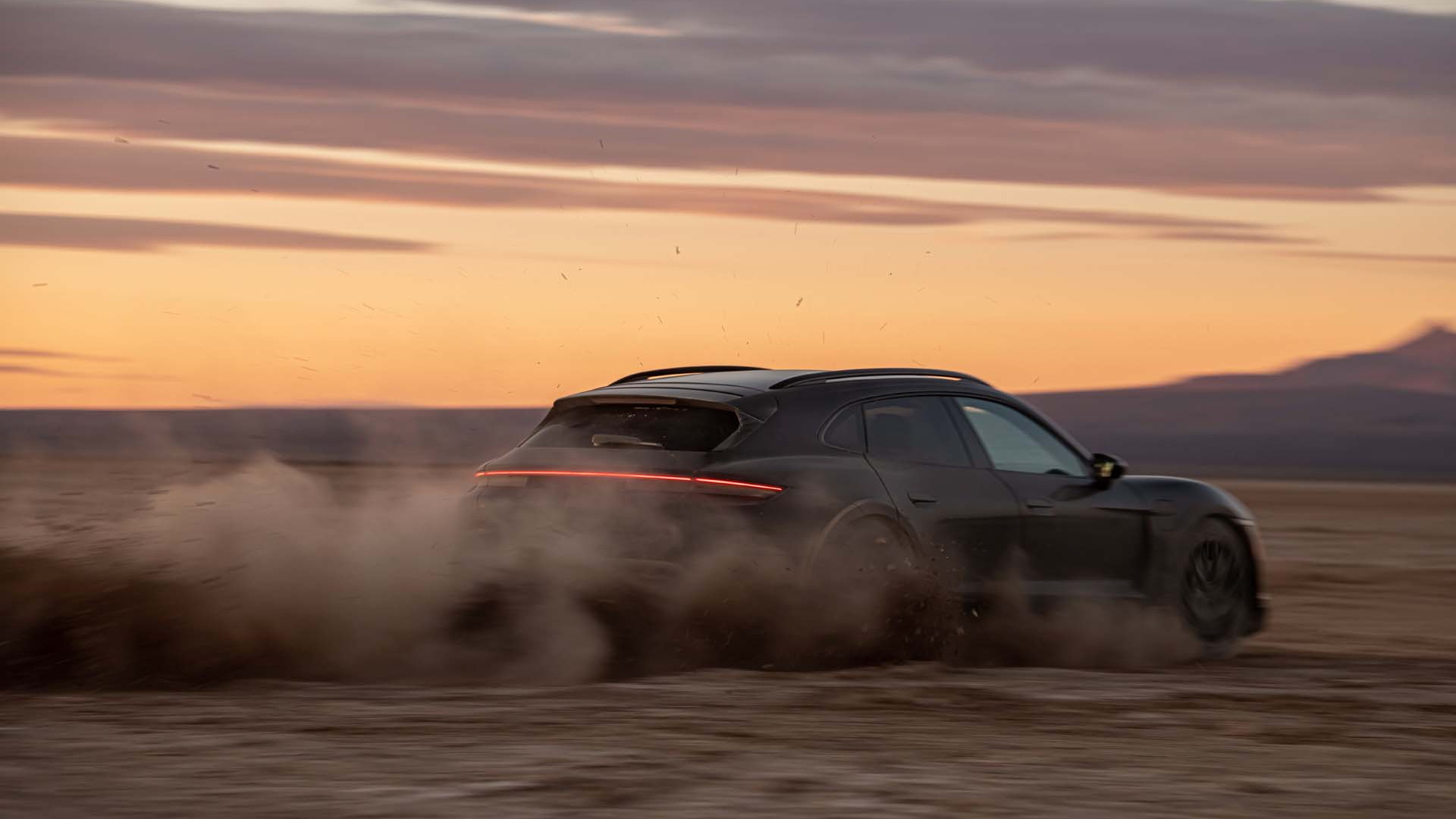 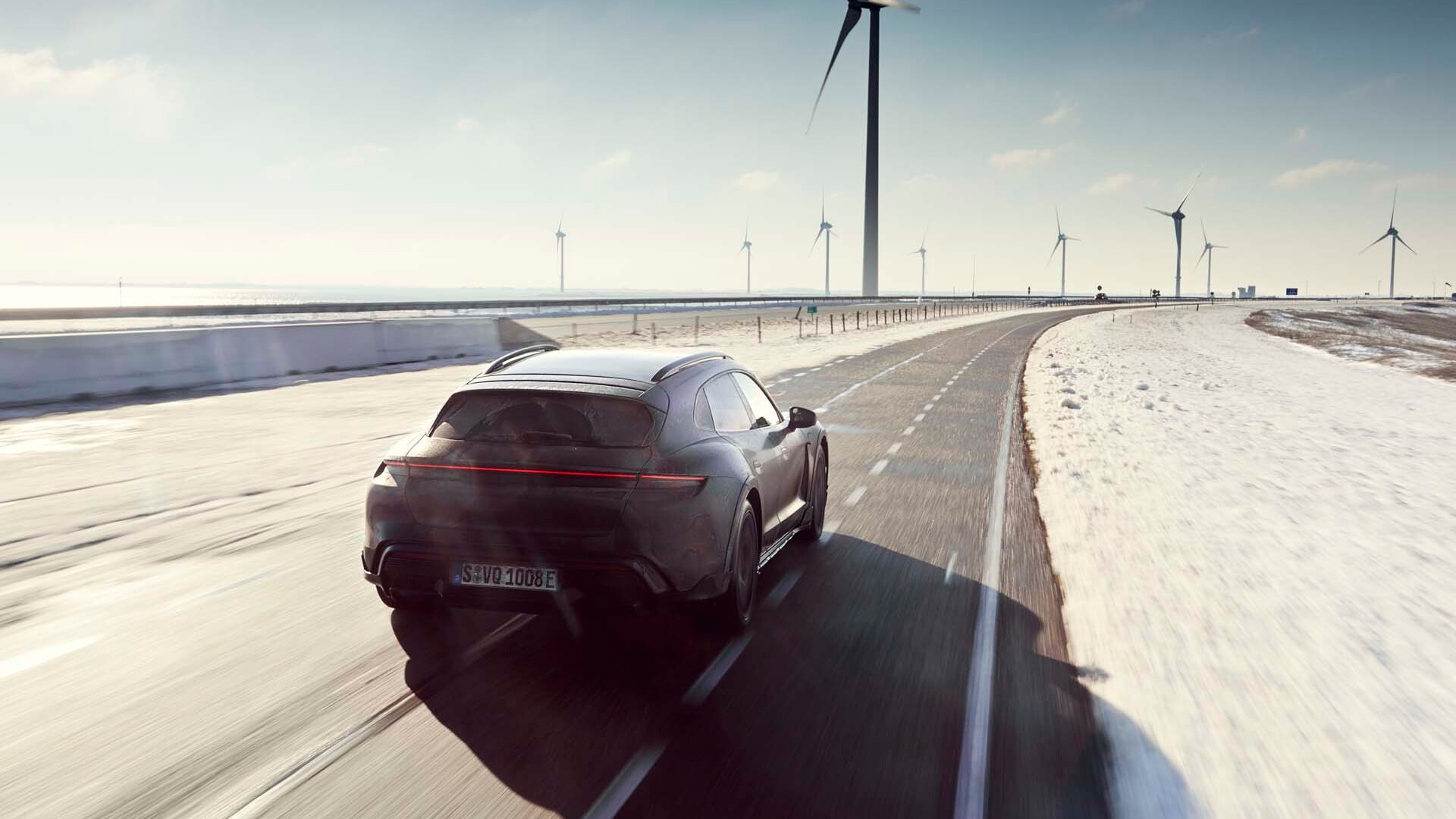 Porsche Taycans weren’t born to be garage queens. Although they can definitely do track time and a pulse-quickening weekend drive, they can handle all the daily driving in between.

Add the Cross Turismo—that’s the Taycan wagon, as some will see it, although the idea even predates the Taycan name—and the realm of possibility extends far beyond smoothly surfaced tarmac, to trips out to ski in fresh snow, or to remote kayak launches.

With the 2021 Taycan Cross Turismo due in the U.S. in summer 2021, Porsche teased the diversity of its Cross Turismo development with some fresh pictures and accompanying press release sent Wednesday. From the tracks at Hockenheim and Nardò to Pyrenees at the south of France, Porsche claims to have done more than 620,000 testing miles.

As some of the last development drives were taking place, Porsche said that a camouflaged Taycan Cross Turismo has been on “a global test tour with media representatives” that’s reportedly taken a prototype to the U.S., UK, Norway, the Netherlands, and Germany.

The biggest challenge was combining the requirements of sportiness with off-road capabilities,” emphasized Stefan Weckbach, the VP in charge of the Taycan model line. “The Cross Turismo has to be capable of high performance on the race track and must also be able to handle scree, mud and gravel.”

Weckbach called the results of a simulated endurance test as impressive, but added: “However, the Cross Turismo is not a hardcore off-road vehicle, but specializes in unpaved and dirt roads. It’s like a type of Swiss army knife on up to 21-inch wheels.”

Porsche notes that the Cross Turismo will keep up with the standards expected of other Taycan models—including repeated acceleration runs at full throttle, and to maintain its performance in extreme climates.

The carmaker hasn't yet suggested how much the Cross Turismo's added weight and different aerodynamics will affect range. In addition to the 1,500 hours Porsche already spent in the wind tunnel fine-tuning the Taycan’s shape, it invested another 325 hours into work on the Cross Turismo.

The Taycan will get a rear bicycle carrier designed specifically for it, as well as other lifestyle accessories on the way—likely also tested in the wind tunnel.

Porsche was originally planning on a maximum production of 20,000 Taycans per year, but considering strong sales plus the addition of the Cross Turismo it will be well beyond that.