As much as they evangelize Tesla, it turns out Tesla owners may be looking for an upgrade.

Klaus Zellmer, Porsche's president and CEO for North America, disclosed in an interview that the company's upcoming 2020 Taycan electric sports car could be sold out for a year with pre-orders from customers who have put down $2,500 deposits.

Then he added that most of the pre-orders are from Tesla owners.

Teslas are fast, silent, and sporty, but they've gotten a reputation for having interiors that don't live up to the plush quality of other luxury cars.

Not so Porsches, which have impeccably finished interiors with individually customizable option upgrades, such as suede headliners and custom-colored dashboard pads.

Porsche has also endowed the Taycan—formerly known as the Mission-e, after the concept car that previewed it—with the world's first mass-production 800-volt battery pack, which will allow it to charge more than twice as fast as a Tesla at a Supercharger—adding about 240 miles in less than 15 minutes.

CHECK OUT: Porsche Taycan specs trickle out ahead of debut next year

Porsche has not released either production estimates or the number of deposits it has on the Taycan, but earlier this year it estimated it would sell 20,000 of them worldwide without giving a time frame. That many per year would be near record-volume for any Porsche model. 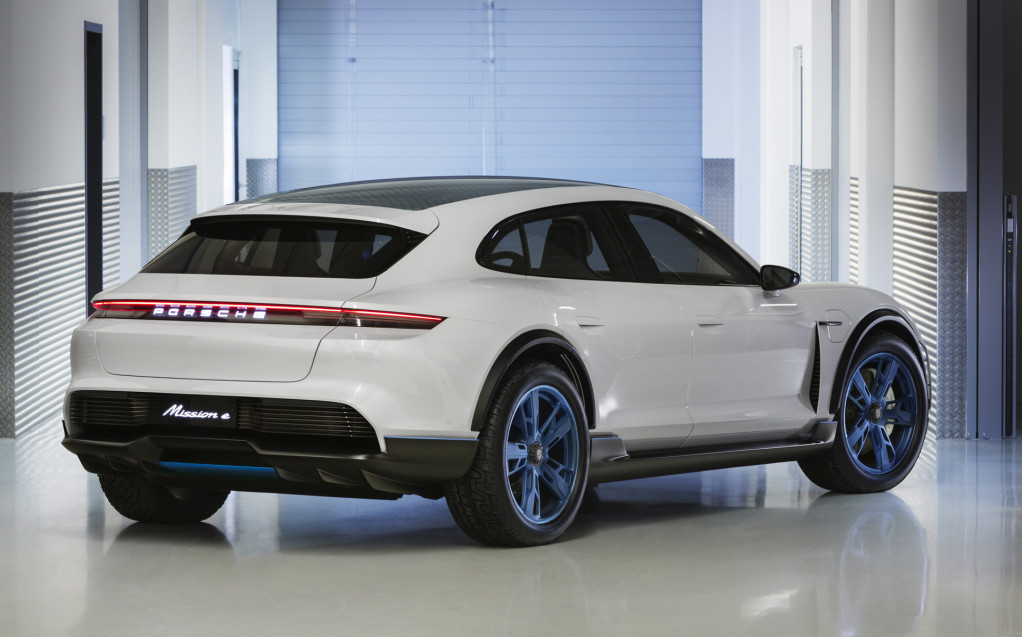 The company plans two models, the Taycan sedan and the Taycan Cross Turismo, sort of an elongated hatchback similar to the gas-powered Porsche Panamera, which may have a taller ride height, and which may follow a year or two later.

Porsche announced last spring that demand for the Taycan was so strong that it would increase its production plans.

In a recent letter to The Drive, Porsche hinted that the Taycan will have three basic trim lines: a base model, 4S, and Turbo, with prices ranging from just over $90,000 to well over $130,000. (Remember all those custom options?)

Porsche has said that the Taycan will have "up to" 600 horsepower and 300 miles of range. That will probably be the Taycan "Turbo" trim line, though as we've said, we can't figure out what a turbo has to do with it.