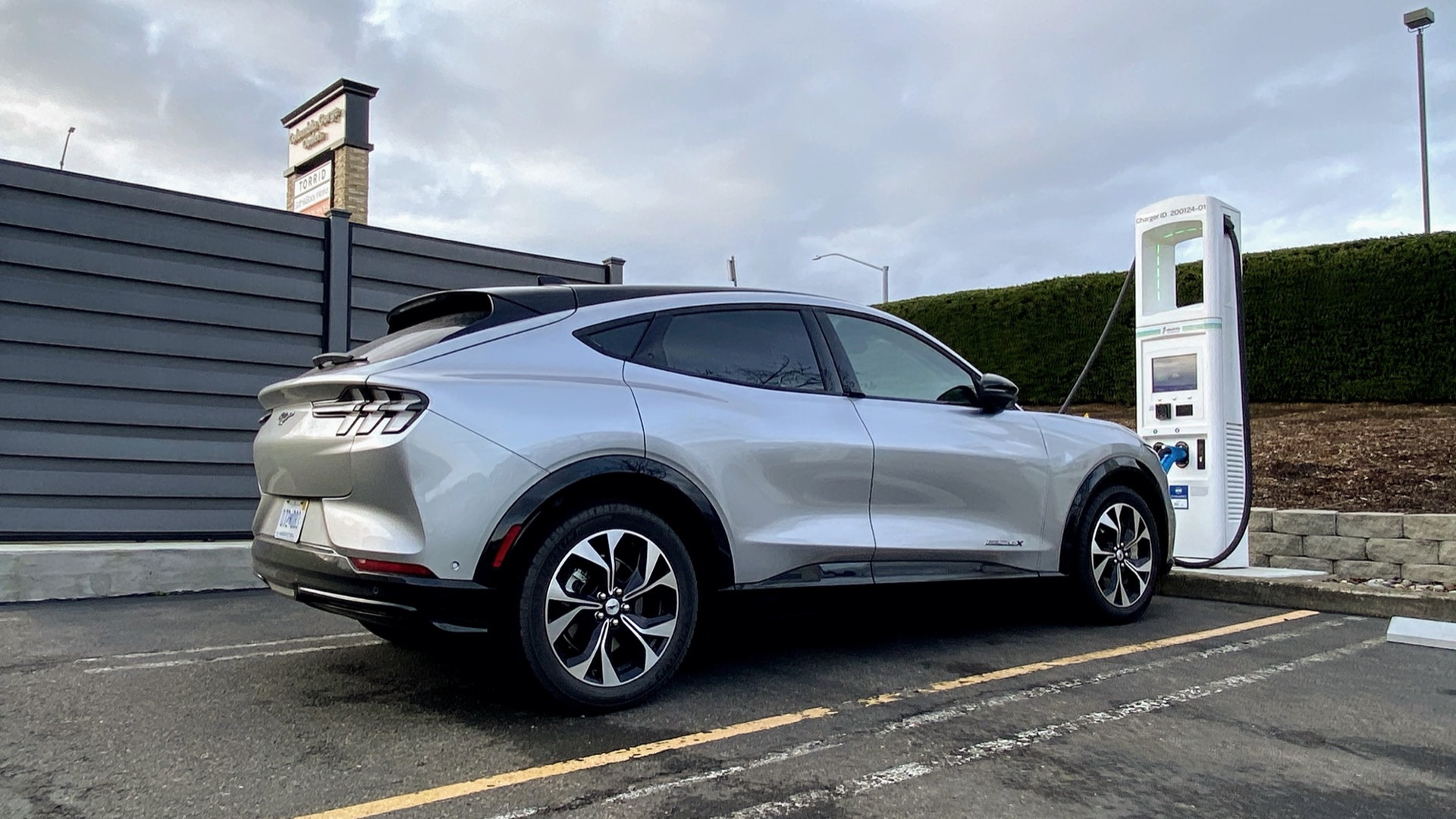 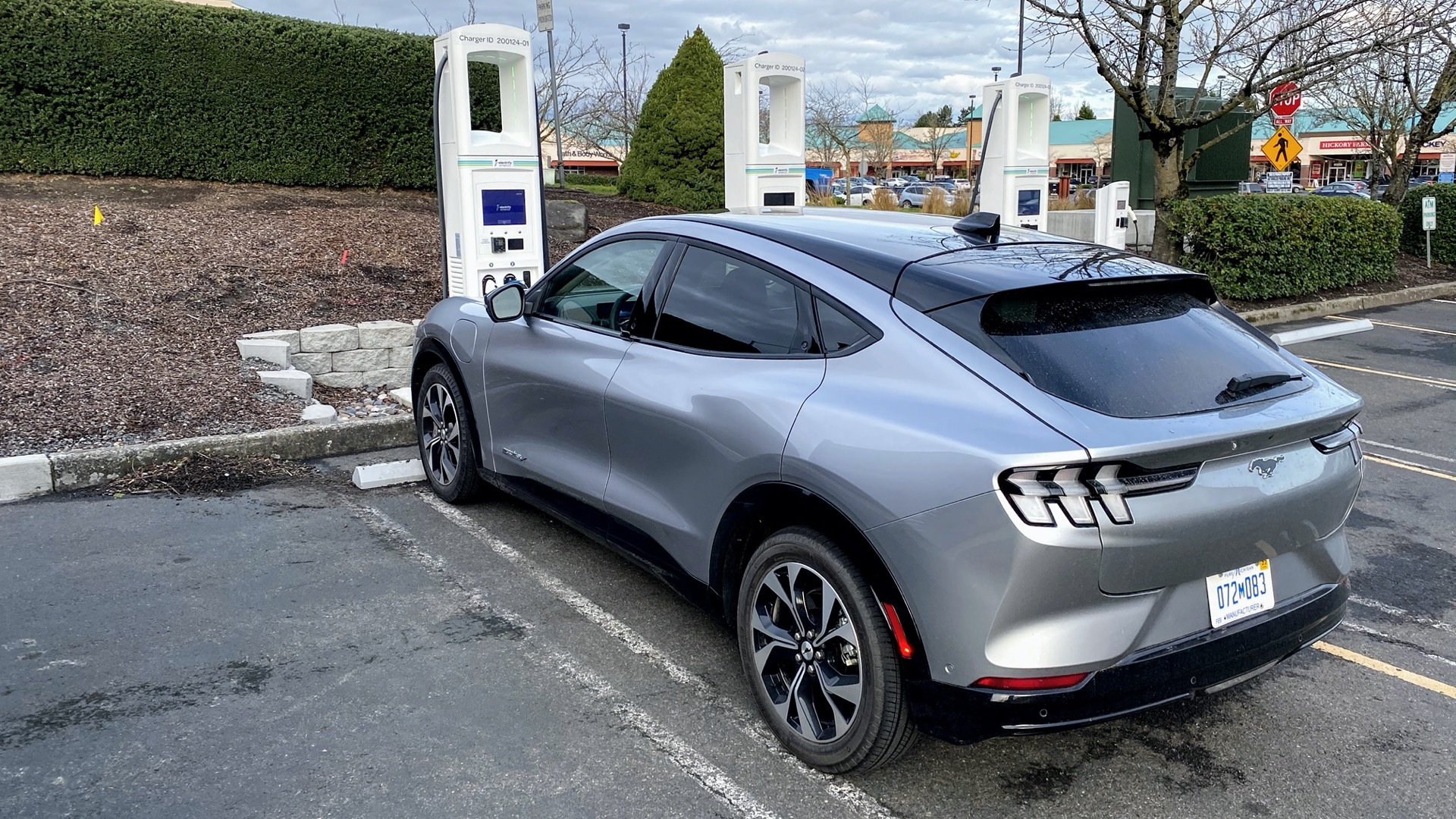 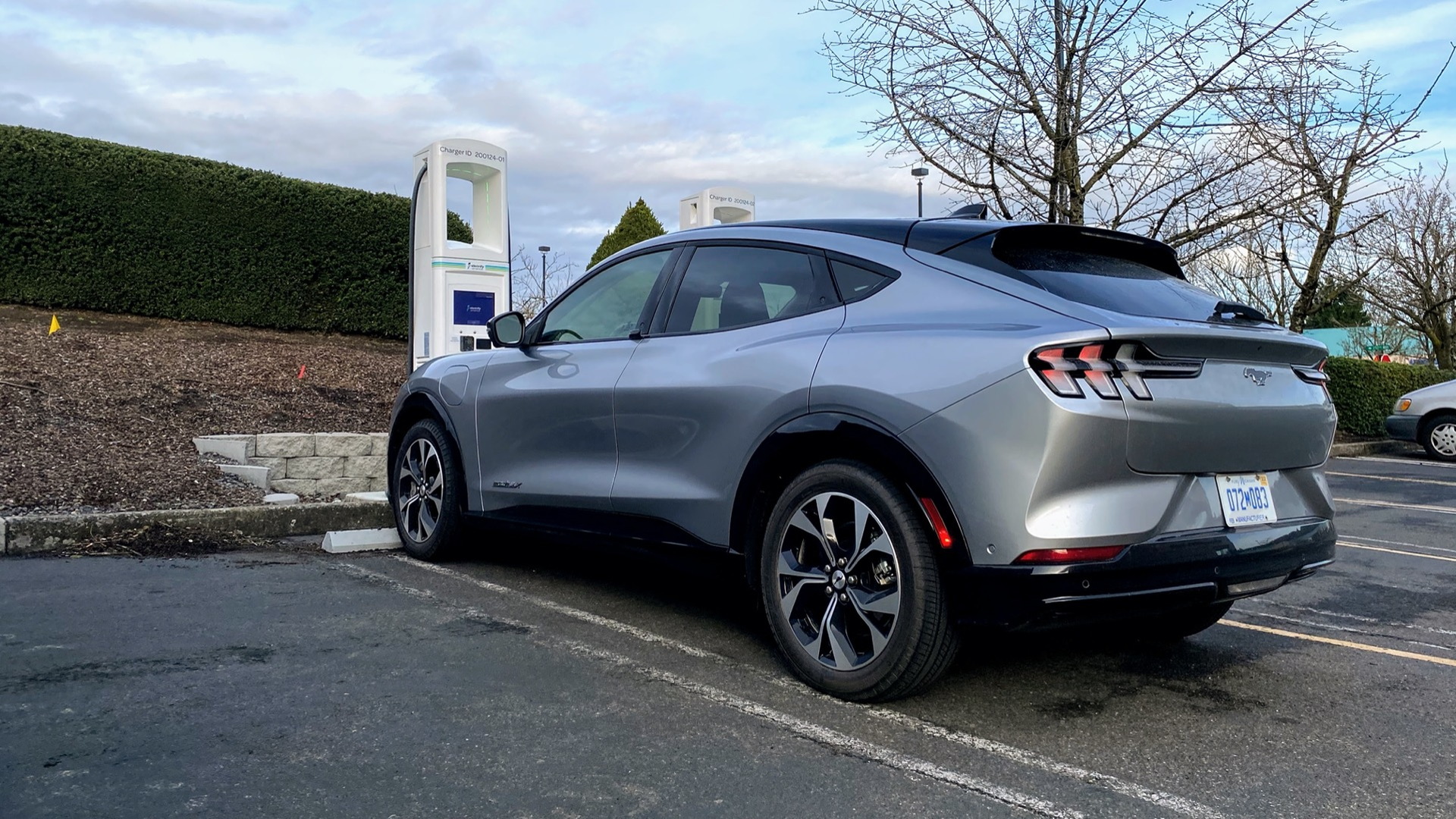 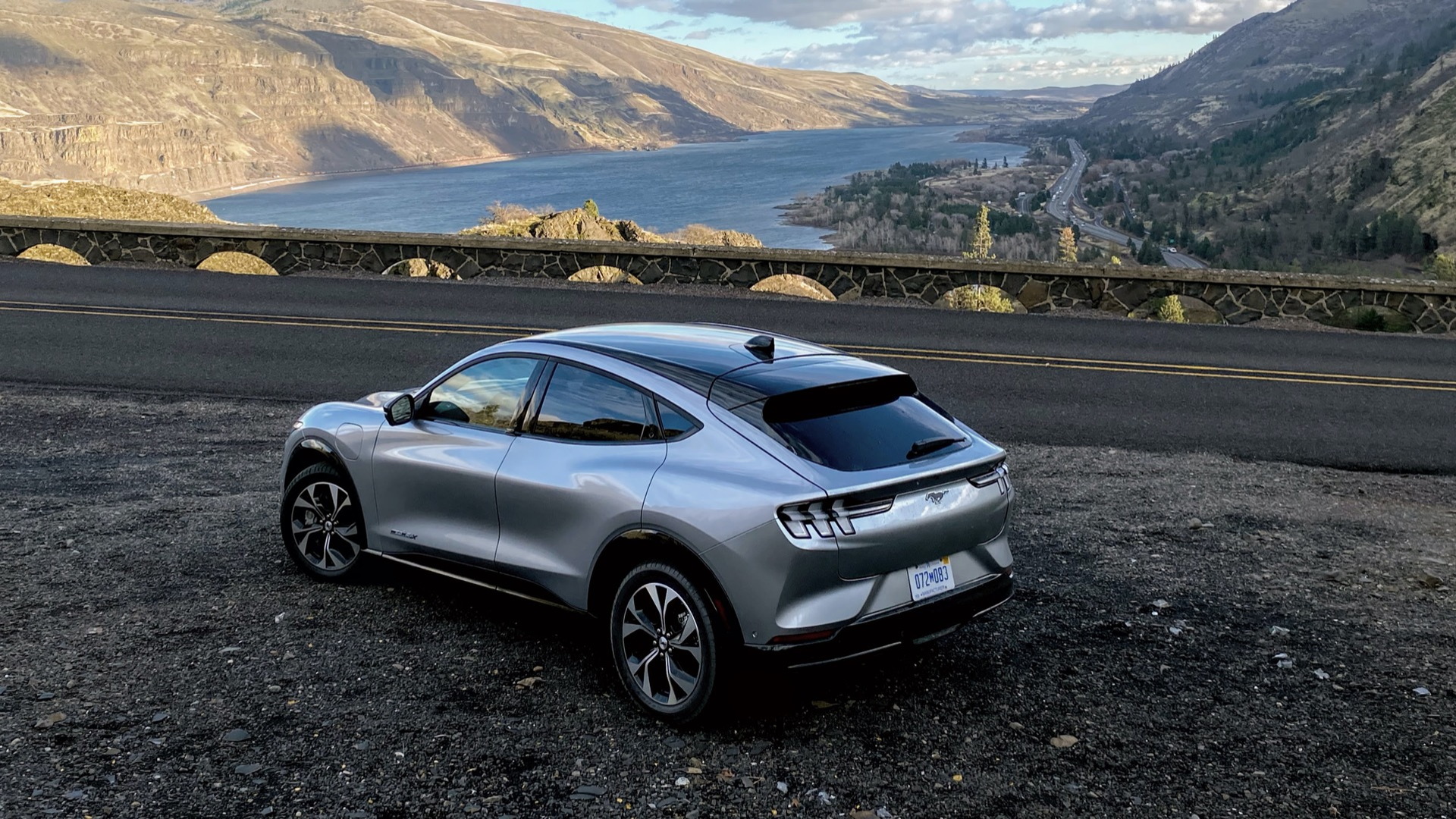 Longer road trips are now possible with nearly all U.S.-market electric cars, thanks to rather long range ratings and DC fast charging along major highways.

Each EV has a different combination of those two things, though. Getting ready for electric road trips means being realistic about both of those sets of numbers—about highway range, and about how long you’ll need to be hooked up to the charger, every few hours.

The 2021 Ford Mustang Mach-E with the Extended Range battery pack and rear-wheel drive achieves an EPA range rating of 300 miles, And Ford says that its DC fast charging for that model will add up to 61 miles of range in 10 minutes.

In our time with the Mach-E last month, an Extended Range 4X all-wheel-drive model with a 270-mile rated range, we aimed to get a quick first taste of what real-world road-trippers might see.

I didn’t see anything close to that 270 miles in a Mach-E 70-mph highway range test—more like 220 miles—but to be fair, that’s nothing unusual and the EPA range rating isn’t intended to be a gauge of range at U.S. highway speeds. What we observed was close to what the EPA highway efficiency rating suggests at face value.

As for the charging side of things, I took the Mach-E to an Electrify America station in Troutdale, Oregon, and plugged the 150-kw hardware in at 29%. The outside temperature was about 50 degrees, on a dry day with a mix of sun and clouds, and I drove to the charging stop at highway speeds.

First off, Plug&Charge functionality worked flawlessly on the Electrify America charger. The technology renders credit-card swipes and fobs obsolete and allows you the same kind of convenience that Tesla has been offering for many years, simply recognizing your car and the account that’s linked to it—in this case, the FordPass account (info just below) that allows nationwide “roaming” between networks.

To run through what exactly happened, the plug connector almost instantly said “connecting vehicle,” followed a few seconds later by “processing payment,” which disappeared to "Authorized" faster than I could snap a picture, replaced by a few seconds of “initiating charging” and then the familiar cooling fans and pumps of DC fast charging starting up. So from plugging in to the charge actually starting it was less than 10 seconds, with zero fumbling in pockets for anything else.

Not at full speed, apparently

During that speediest portion, we saw the estimated range leap from 128 miles to 140 miles in less than 3 minutes. That’s a rate that would correspond to about 40 miles regained in 10 minutes—only that peak rate didn’t hold for 10 minutes.

When I contacted Ford about the peak-power discrepancy, Ford reiterated that the Mach-E can charge at up to 150 kw. But the spokesperson did note that the battery will accept a higher rate of charge when it is more “empty”—from about 10% on up—and that very cold weather, driving behaviors, vehicle maintenance, and battery age and state of health will have an influence.

I didn’t have the vehicle long enough to replicate the test starting at 10%—to see how much is being gained when it truly reached 150 kw—but we hope to the next time we have a Mach-E.

The Audi E-Tron, for instance also claims 150-kw fast-charging, but it actually reaches a peak of 155 kw; last year in similar temperatures I charged an E-Tron from 31 to 72% in 15 minutes.

My takeaway and advice for a 70-mph road trip with repeated charges: Ideally, if you can plug in at about 10% and charge up to 80% in less than an hour, you’ll be able to use 70% of the charge—which is about 155 miles.

Ford has hinted that it has the possibility to roll out over-the-air updates that could improve range and efficiency down the line—something only Tesla has done so far.

While preliminary observations point to charging stops being a bit longer than that—and yes, of course longer than in a Tesla, even its previous V2 charge rates—the Mach-E’s driving range is consistent and predictable, and everything in the test car Ford supplied us simply worked.

Maybe even more important, there was no time lost to frustration that only early adopters tend to have the patience for. Versus some of the charging obstacles we’ve experienced even in the recent past, in just getting fast-charges to start, it was smooth sailing. The interface could find chargers and plan routes around them. It played well with the app. Charges initiated quickly. And that’s another big leap forward.