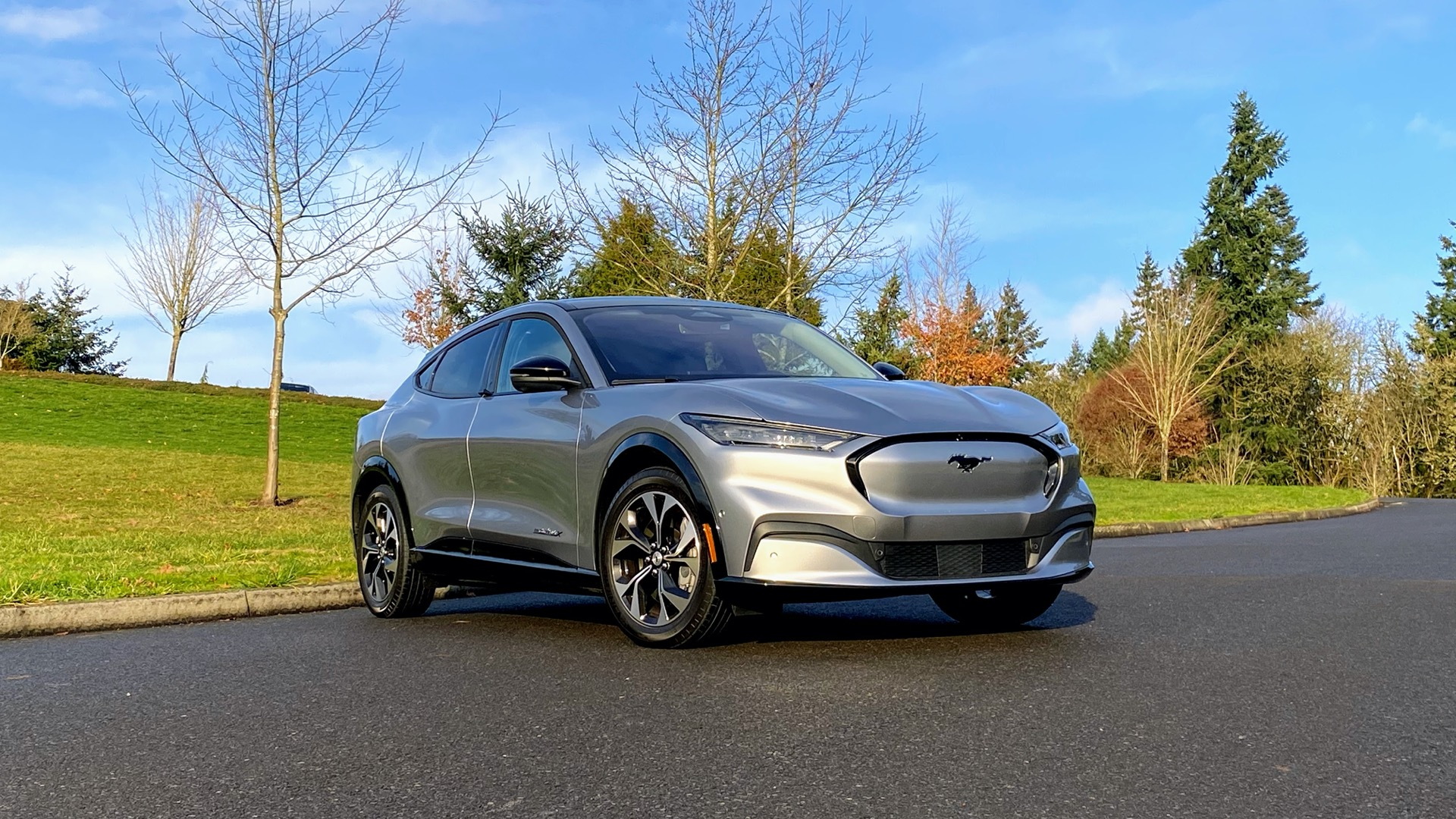 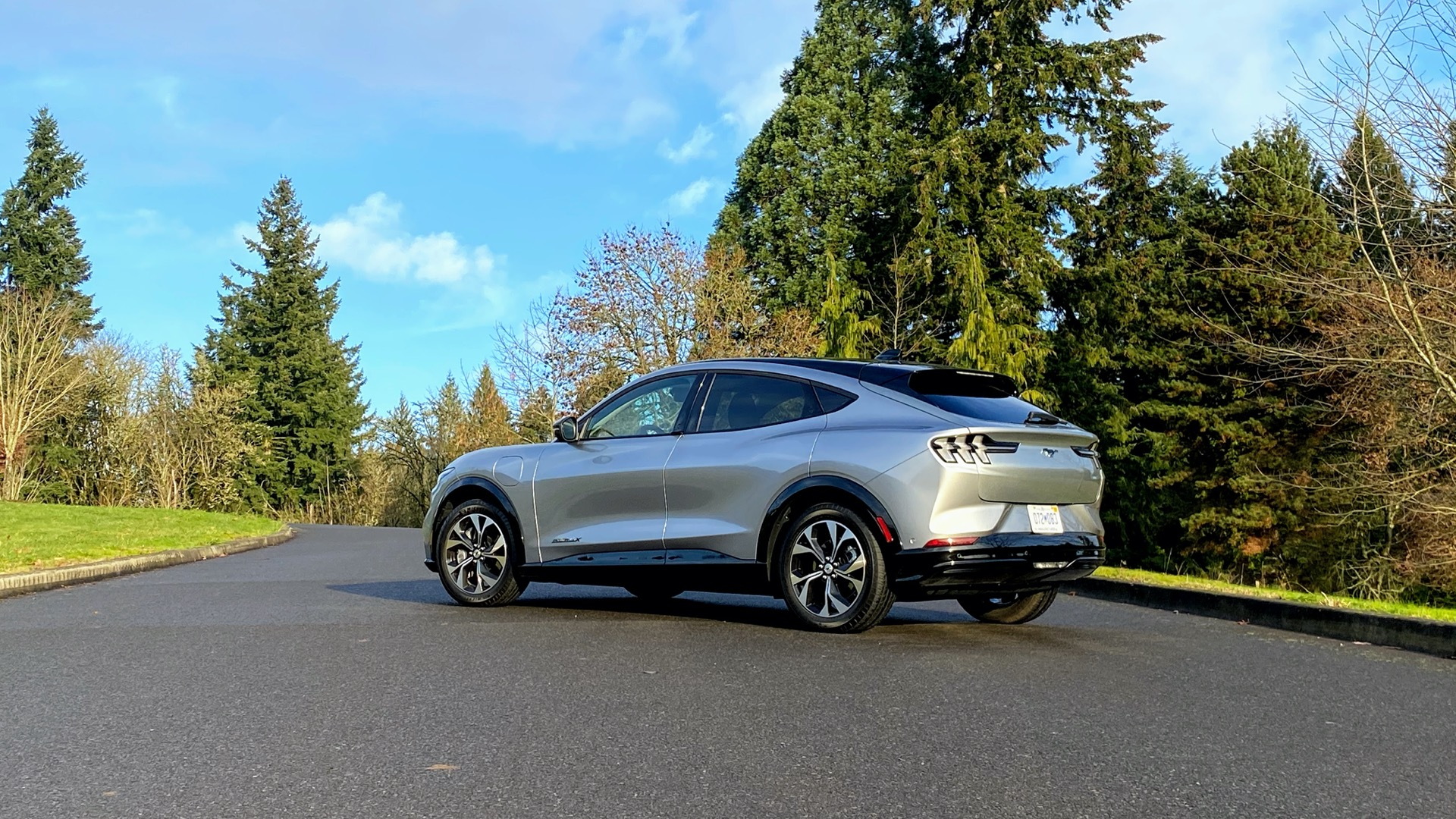 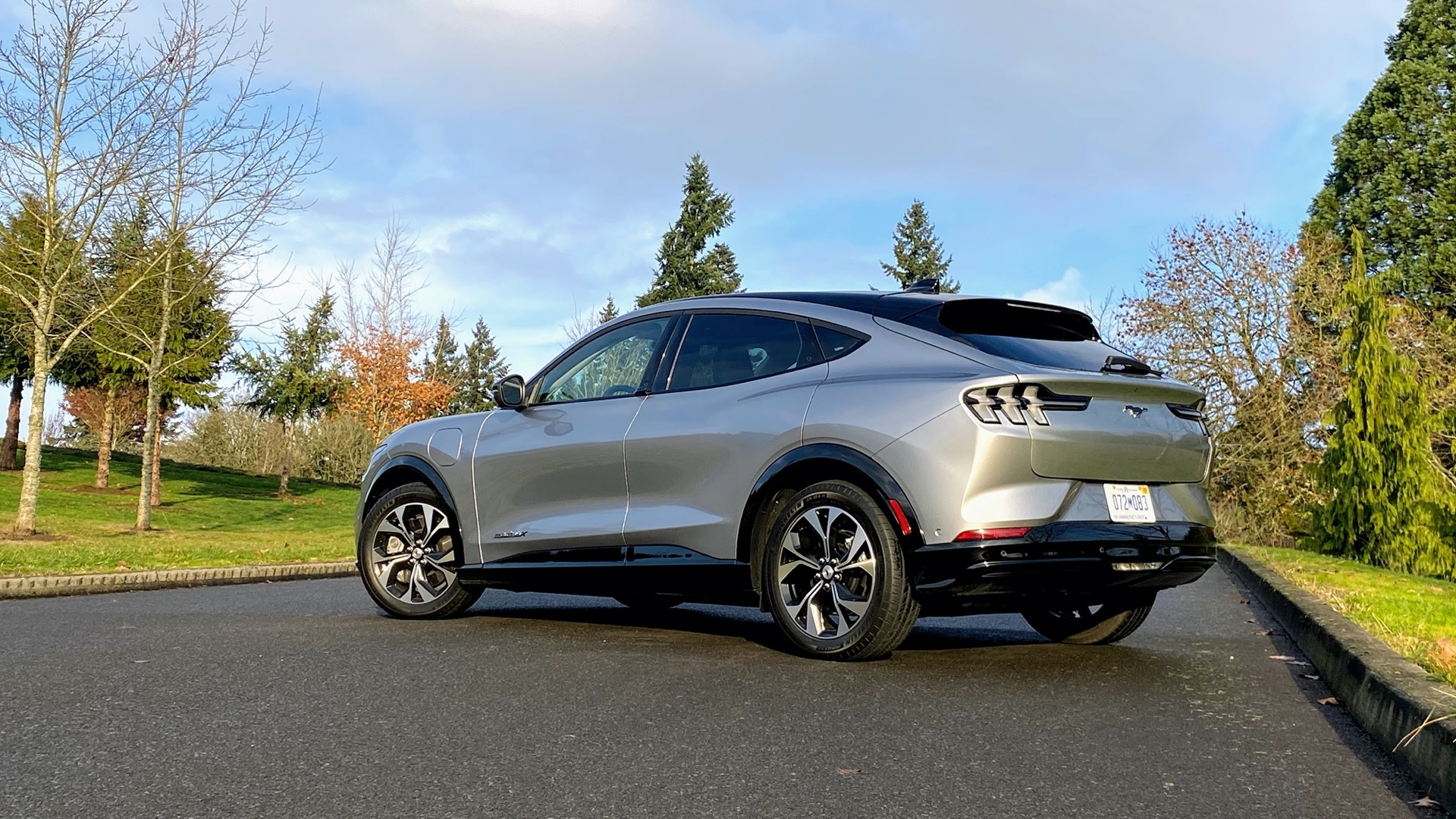 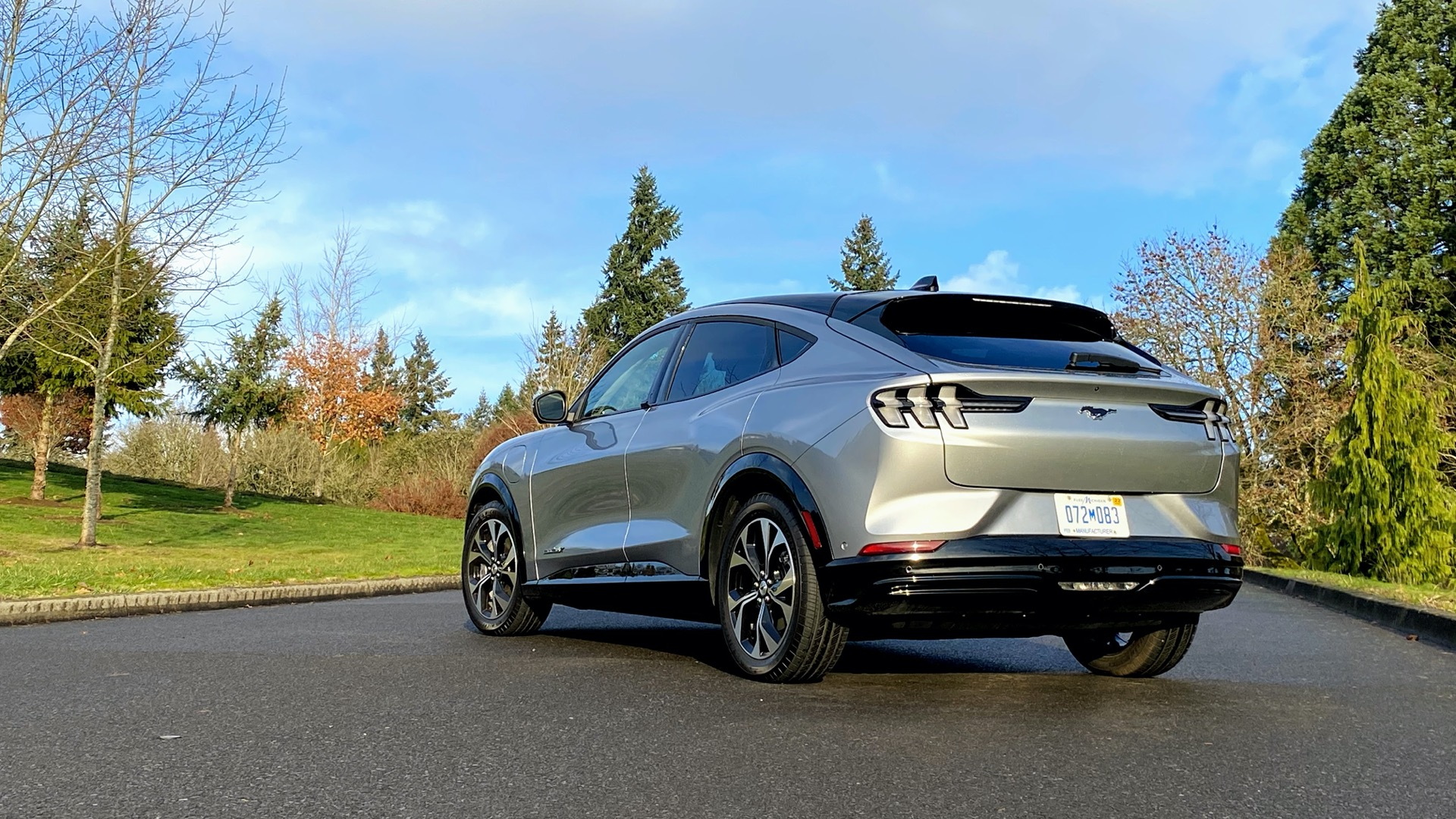 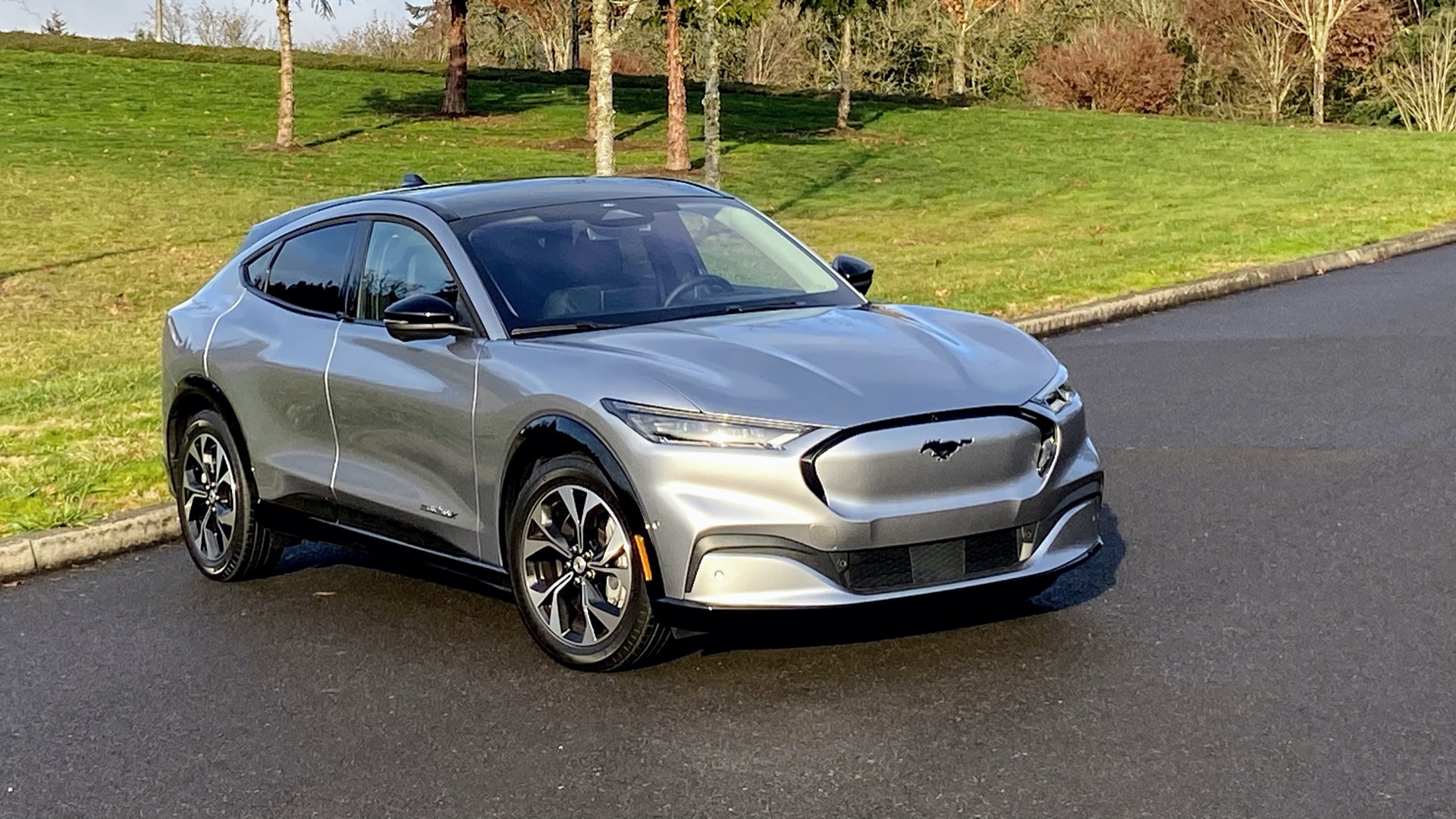 About 30 minutes into my first time behind the wheel of the Mustang Mach-E this past weekend, a simple gut-check moment revealed much: How and why it picks up on Mustang lineage doesn’t ultimately matter. It’s a fantastic-driving car.

It underscores a point that Ford has grappled with all along. The very reasons why making Ford’s first widely available electric vehicle a Mustang made so much sense might also keep Americans from seeing it for what it really is. To that, we’ve managed to contain nearly three years of pent-up anticipation about how Mustang heritage will work in an electric crossover—including a ride-along in a prototype, and interviews with the engineers and the people within Ford’s Team Edison that made the Mach-E possible. 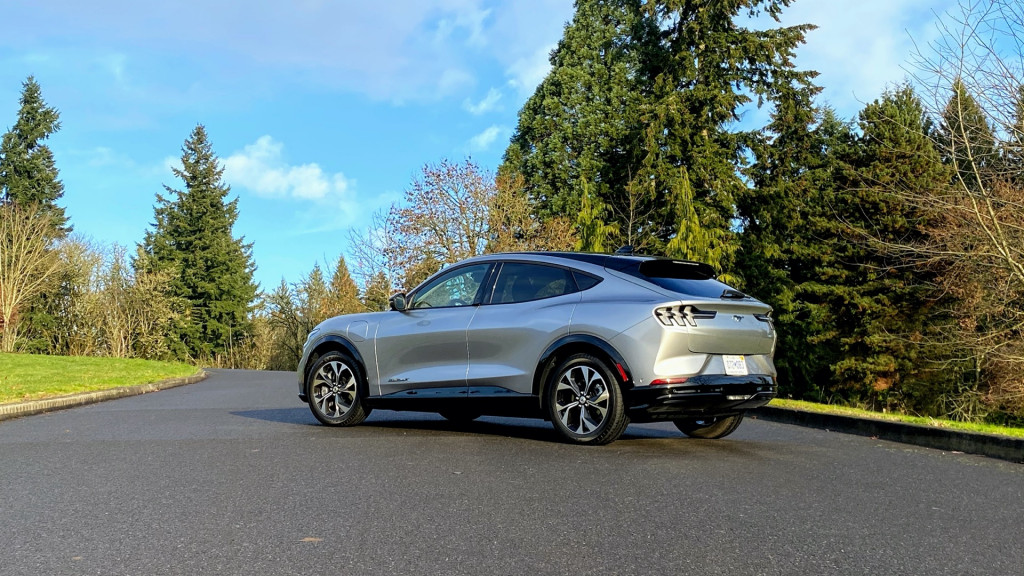 Now after two brief afternoon drive sessions and about 140 miles, I can say that the Mach-E is on its way to feeling like something far more rebellious and subversive than decades of wild-horse branding. It’s a lot closer to storming the Bastille than to playing the rebel in the leather jacket...cigarette dangling from mouth, leaning against the gas pump.

Or for those who see big-displacement Mustangs as ICE-age relics, it’s a little bit like putting the fox in the hen house. An electric Mustang might enable more of the same, with 5.0-liter V-8s and burbling exhausts, but it also might write the pink slip for the gas ‘Stang a whole lot sooner.

So, so many horses

You might not know it though. The Mach-E feels like it tries desperately hard to save face as a Mustang. Step inside and an inviting dynamic splash screen makes you feel like you’ve just bought a Mustang smart TV—in case you just missed the big prancing-horse emblems at the front or rear of the car, or on the steering wheel, or the door sills, or the hood bulge that hints of a phantom V-8 (instead, there’s a lot of frunkin’ space for tailgating). 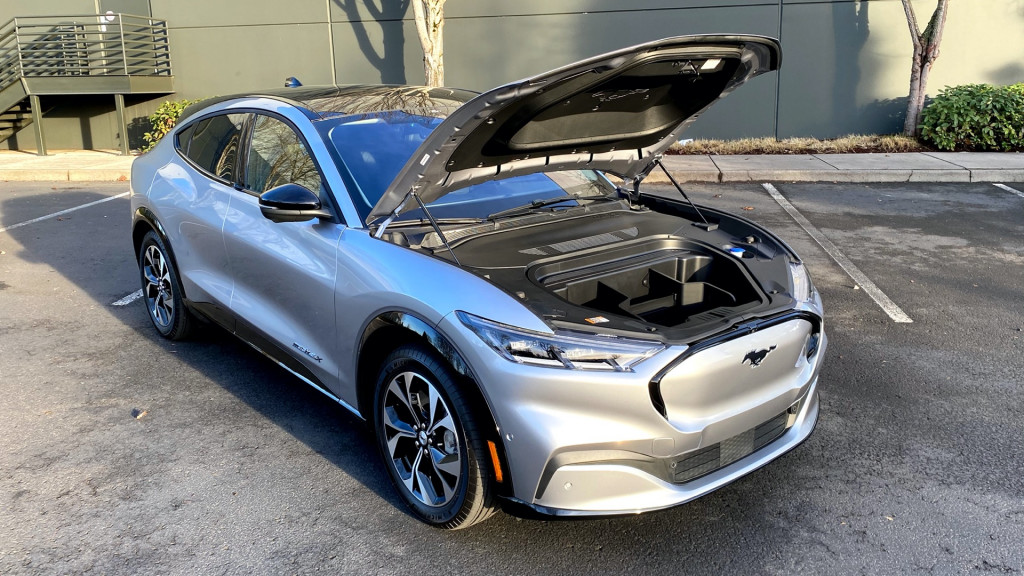 The screen greets you with a choice of three modes—Engage, Whisper, and Unbridled (basically: perky, calm, and performance-oriented)—and gives you the option to toggle on one-pedal drive behavior, ambient lighting for the cabin, and the propulsion sound. First, I chose the default Engage mode and moved on to the drive.

Probably the best decision I made in getting to know the Mach-E was to turn off the propulsion sounds before I left the driveway. I tried them later on, and it sounds all kinds of fake, a bit like a sample of induction engine noise overdubbed and mixed with Pole Position car sounds. And the more you get to know the vehicle, the more they’re completely out of character for the Mach-E. 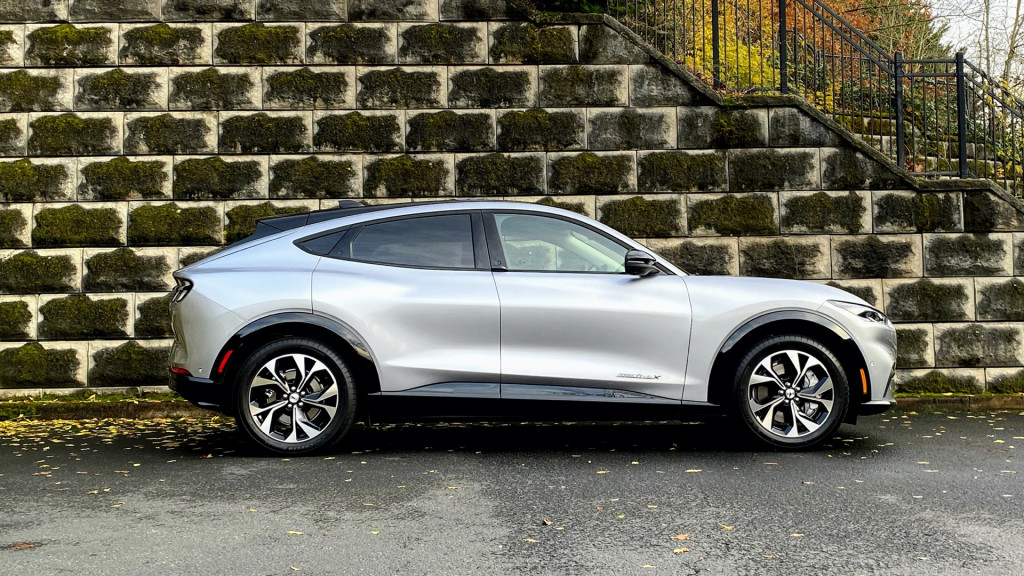 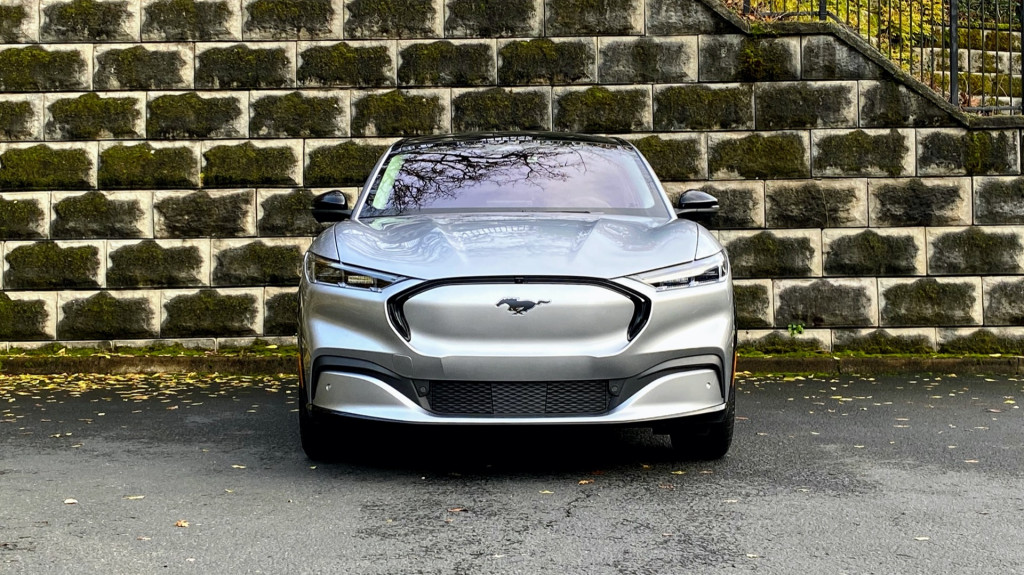 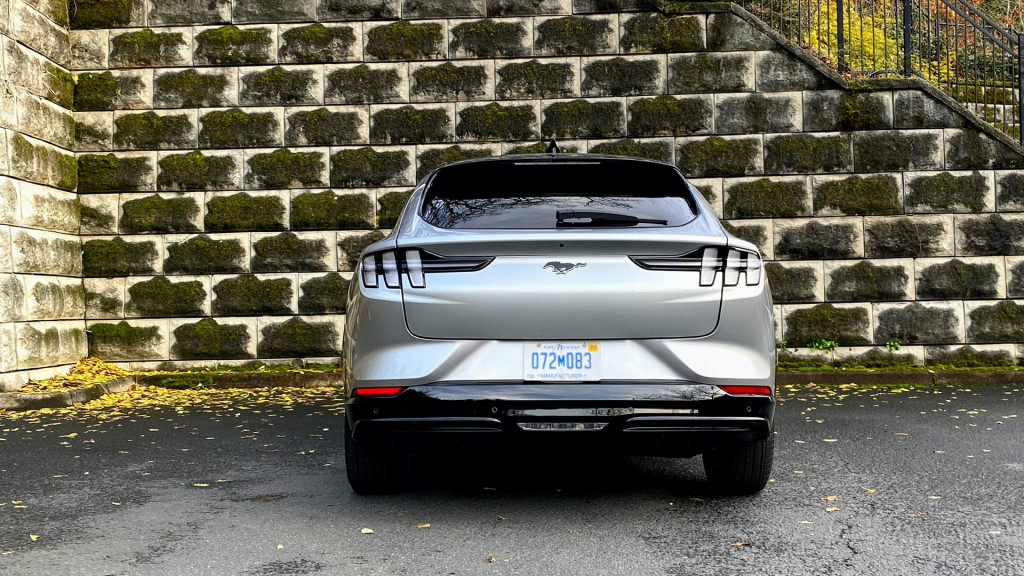 Once I started filtering out this extreme branding experience and focused on just enjoying the car, things got much, much better. With my choice of leaving the one-pedal driving out of the mix for now and getting a feel for the rest of the car first, the Mach-E sprang forward from stop lights with quiet authority. Speed builds effortlessly in the Mach-E, but I felt it was easy to modulate with the rather long-travel, precise accelerator.

The Mach-E’s two deceleration options leave you with braking behavior that can vary quite a bit. Without one-pedal driving engaged, the Mach-E scrubs off speed about like an automatic-transmission car left in Drive; tip into the brake pedal and the motors regenerate and then blend in the four-wheel disc brakes for the final feet of a stop. In one-pedal mode, though, the Mach-E decelerates abruptly the moment you lift off the accelerator, slowing all the way to a stop and then engaging the brakes; or if you need to stop sooner the brake pedal is instead activating the brake pads. 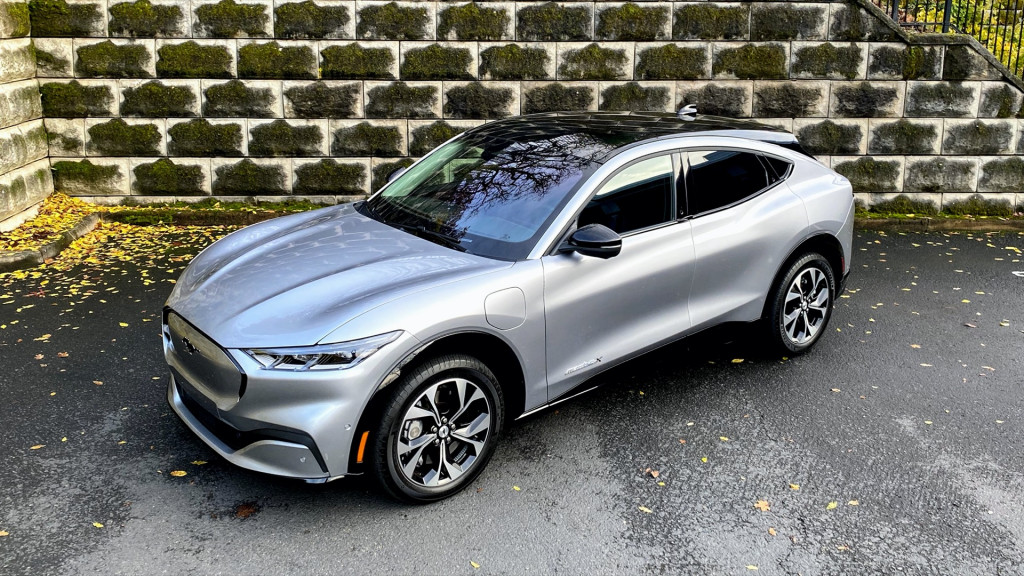 One complaint is that the brakes in my test Mach-E were very touchy in parking lots or slow stop-and-go situations in the one-pedal mode—if say I wanted to pull forward a car length or two and needed to stop a little sooner than projected.

The steering tracks well, with a good sense of center and weighting that builds predictably off-center, and in my Premium 4X model it unfurled in a way that made the back-and-forth of a tight mountain-foothill road feel surprisingly graceful. The Mach-E’s behavior, and the way it divides its power between motors, tends toward safe understeer at lower speeds and sharp corners. But it can also help you when you’re aiming to go fast; on a freeway cloverleaf, I felt the system move more torque to the rear wheels and stabilize the attitude of the vehicle.

The Mach-E is the first non-Tesla to be able to hit 300 miles of range in some forms. Just after receiving the Mach-E, I topped off the charge to 100%, and the trip computer woke up at 220 miles, well below this 4X version’s 270-mile EPA range rating.

Thus far I’ve covered 142 miles—aggressive driving that’s included several all-out launches, some blasts down backroads, and driving on the speedy side of normal the rest of the time, with outside temps in the 40s and the climate system set to 74—and I’ve averaged 2.7 miles per kilowatt-hour according to the trip computer. That puts me in line for going more than 235 miles on a charge. 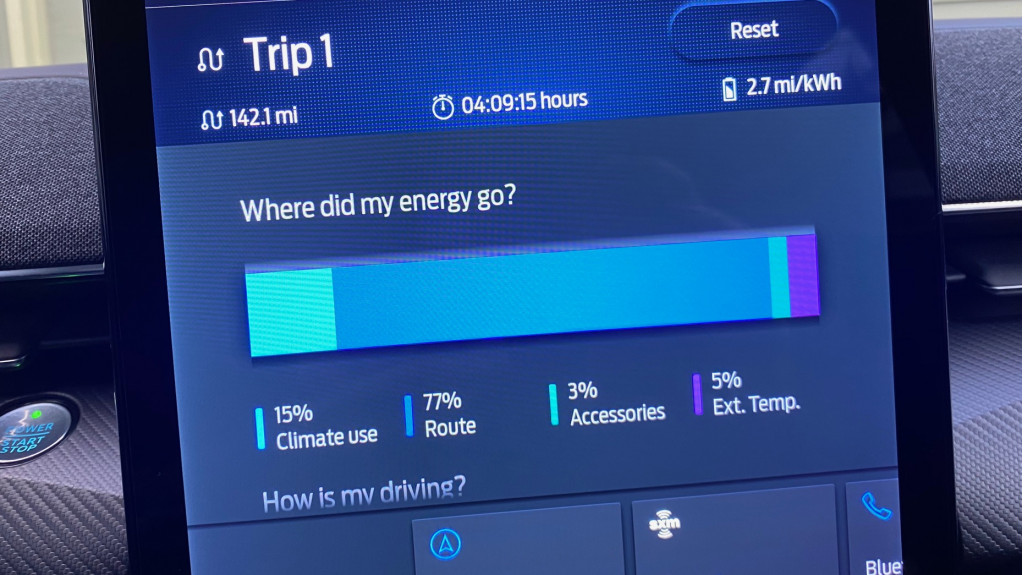 The Mach-E is a little light on the efficiency gamification, and while I might have liked to see more readouts showing me where the power’s going in real time, the simplicity is bliss, and you can break down what percentage of your power went to different sources (15% of mine on my drives so far has gone to climate control, for instance). Some might find it useful that you can toggle a menu selection to have a version of the same Brake Coach that we’ve seen in Ford hybrids for the past decade score you after each stop. I opted not.

The lack of clutter in the Mustang Mach-E is refreshing. A very slim, wide gauge display shows you a minimized view that includes only the basics like speed, battery level, and alerts; it’s the equivalent of what some automakers might include in a head-up display, but I really like the placement and readability here. It helped keep my eyes on the road better than Tesla’s layout, which repurposes the corner of the screen for the speedometer and gauge readouts. 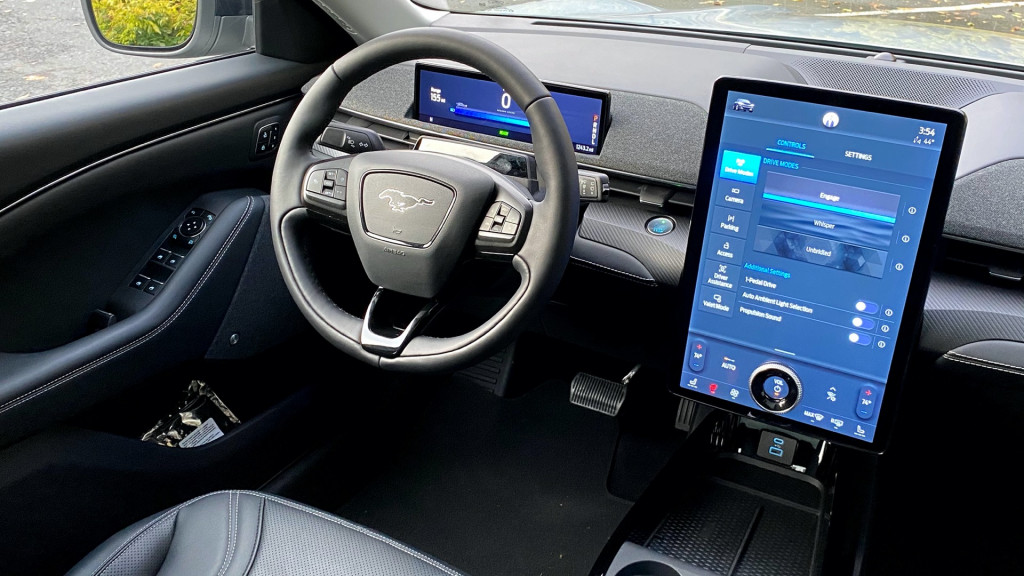 Although I’m still in exploration mode with the 15.5-inch vertically oriented touchscreen, running what Ford calls Sync 4A, I like what I see so far. It’s responsive, and you can get to most items quickly with a flattened menu structure. It’s also ready for whole-vehicle over-the-air updates.

About the only gripe I had is that you need to turn the volume knob gingerly. Twice I accidentally activated the defroster when my fingers made contact with that “button” in the area of the touchscreen immediately surrounding.

The layout of the touchscreen precludes a center console, and it frees up more bin space down below—including a large tray for phones (with wireless charging), big cupholders, and a lidded bin under the armrest that’s large enough for a purse or tablet.

Seating in the Mach-E is on the firm side of soft, with good back support and seat heaters that actually reach the upper portion of the back. Thigh support was barely adequate, though, leaving my legs splaying to the side even though there was plenty of leg room (I’m a long-legged 6’-6”). I otherwise found a good driving position with the seat adjusted to its lowest setting, where I had plenty of head room.

In back, the Mach-E doesn’t feel wide enough to fit three across, but with the front seats adjusted most of the way rearward I had enough leg room plus just enough head room. 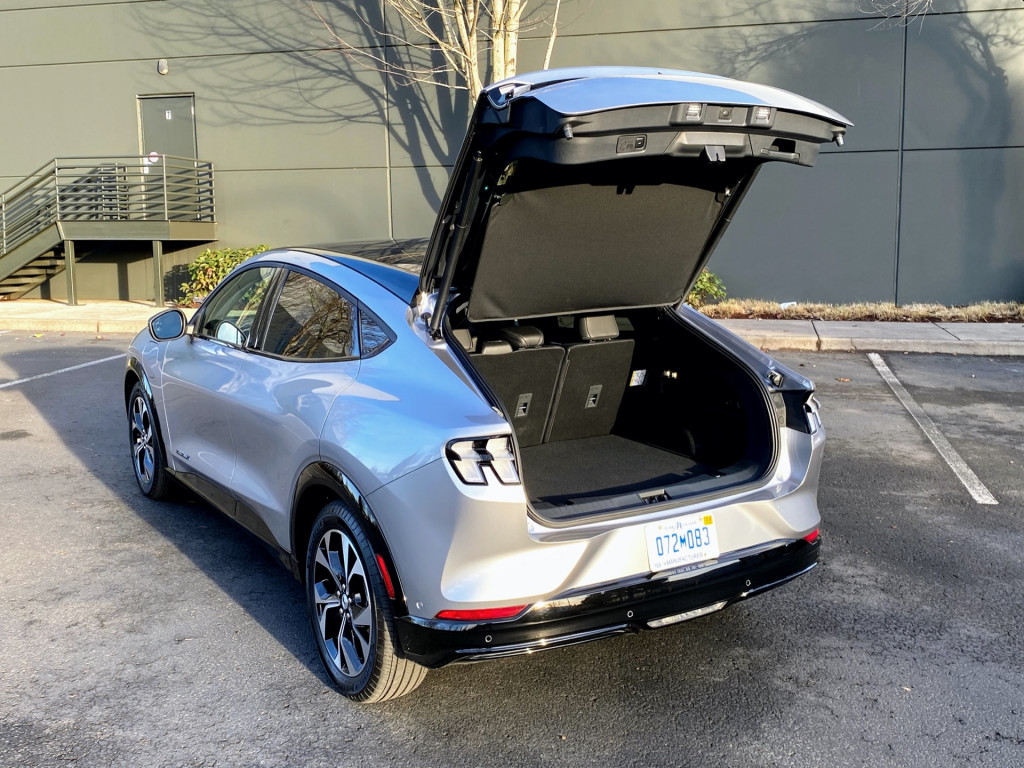 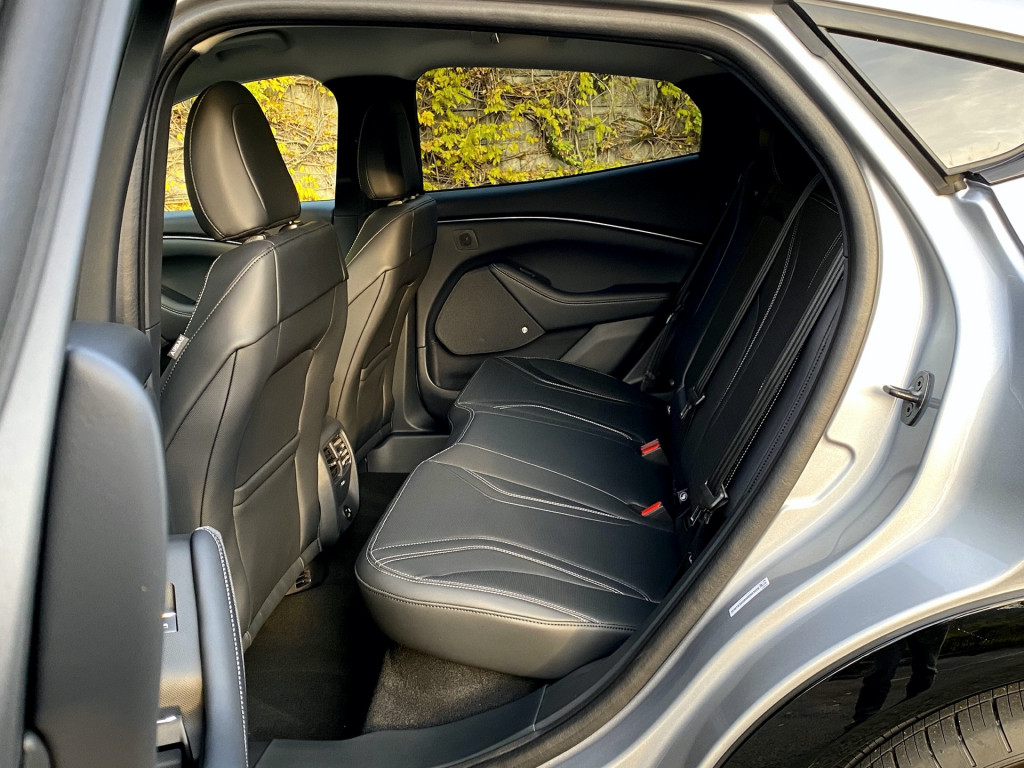 Premium models like the one I have get a panoramic roof that actually frees up more head room rather than limits it around the edges; I also appreciated how it’s heavily tinted from the outside yet it lets a useful amount of light inside.

Ride quality is firm, and while you don’t feel the Mach-E’s curb weight (as tested) of around 4,800 pounds, you feel it in the way it bounds over some kinds of choppy pavement. Noise damping on coarse highway surfaces is superb compared to the Tesla Model 3 and Y. 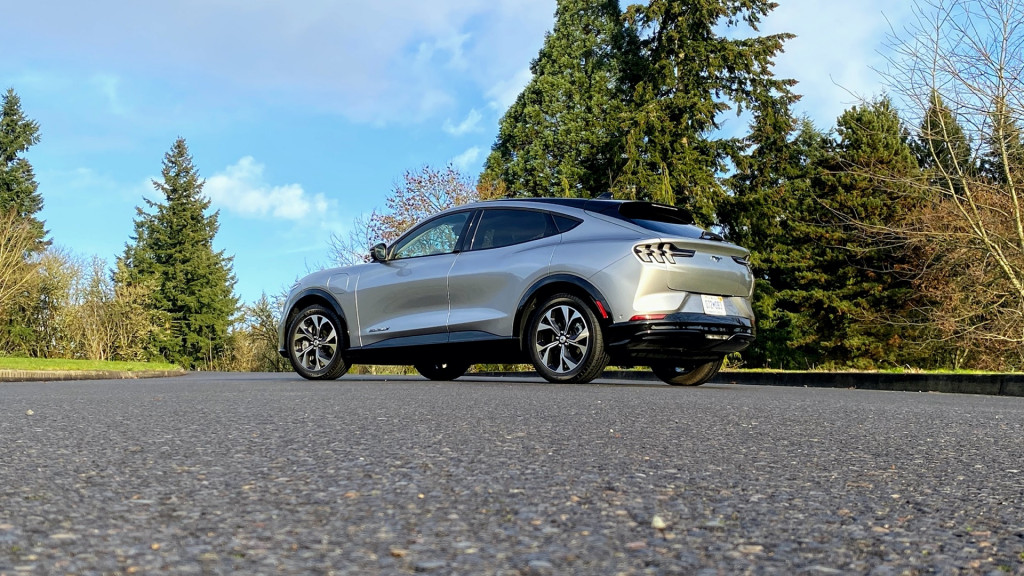 In the time I have the Mach-E I hope to test fast-charging, do a highway cruise, as well as a sample for how the range might be different when I “do it right,” with climate preconditioning, less use of the climate control and more use of the Mach-E’s great seat and steering-wheel heaters. So expect follow-ups. 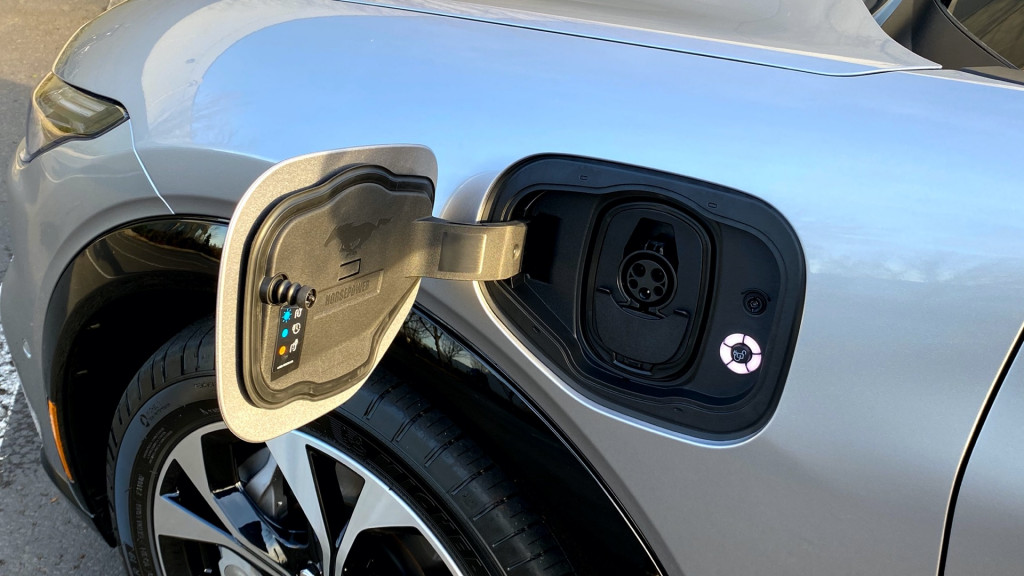 The company is working with both Amazon Home Services and Qmerit in helping connect buyers to local qualified electricians and preset install fees. It also notes that there are more than 2,100 EV-certified Ford dealers in the U.S. who will be capable of servicing the Mach-E.

The Mach-E is reaching dealerships right now, and it’s most definitely a start of a new future for Ford and its pony car.