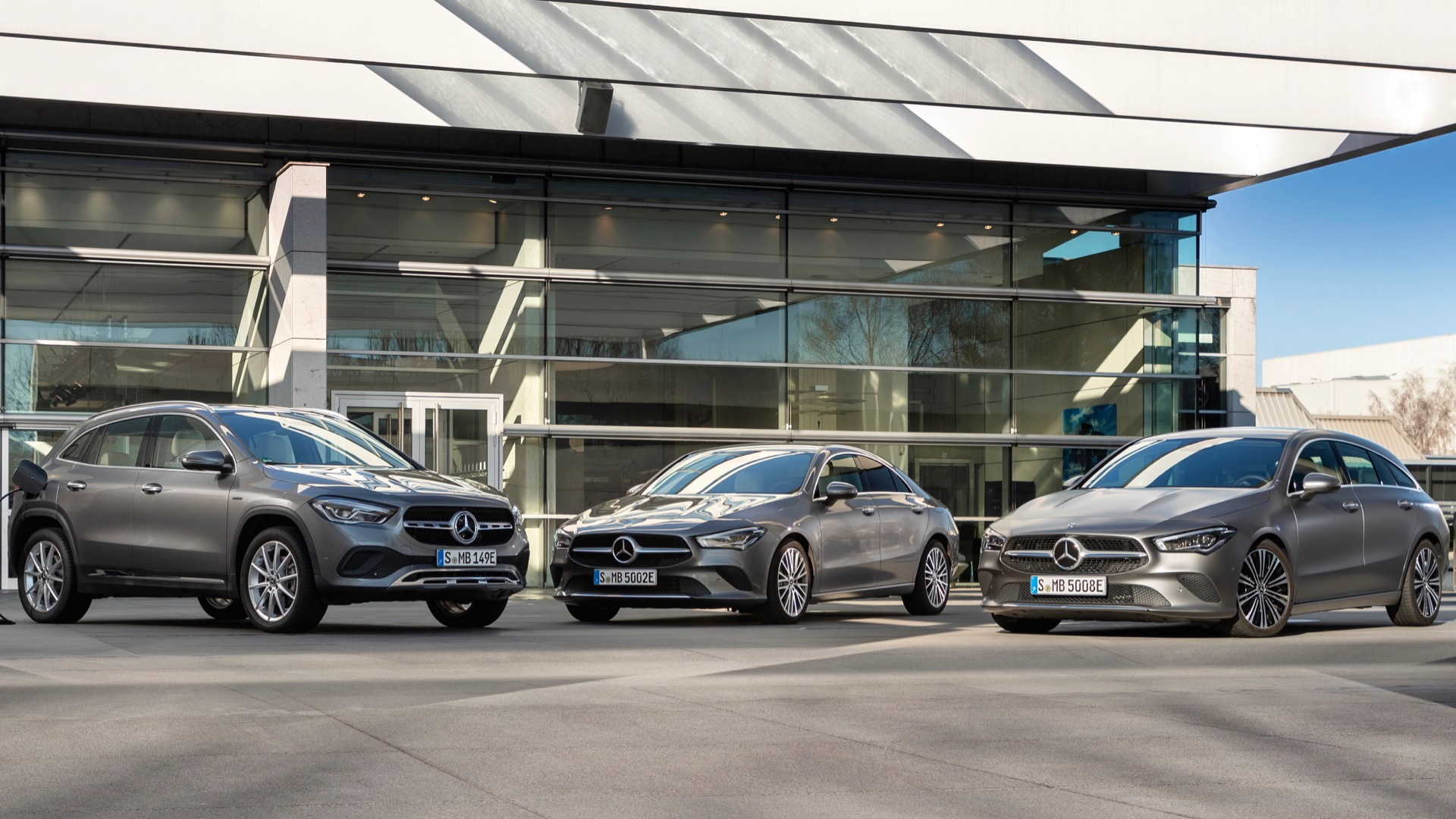 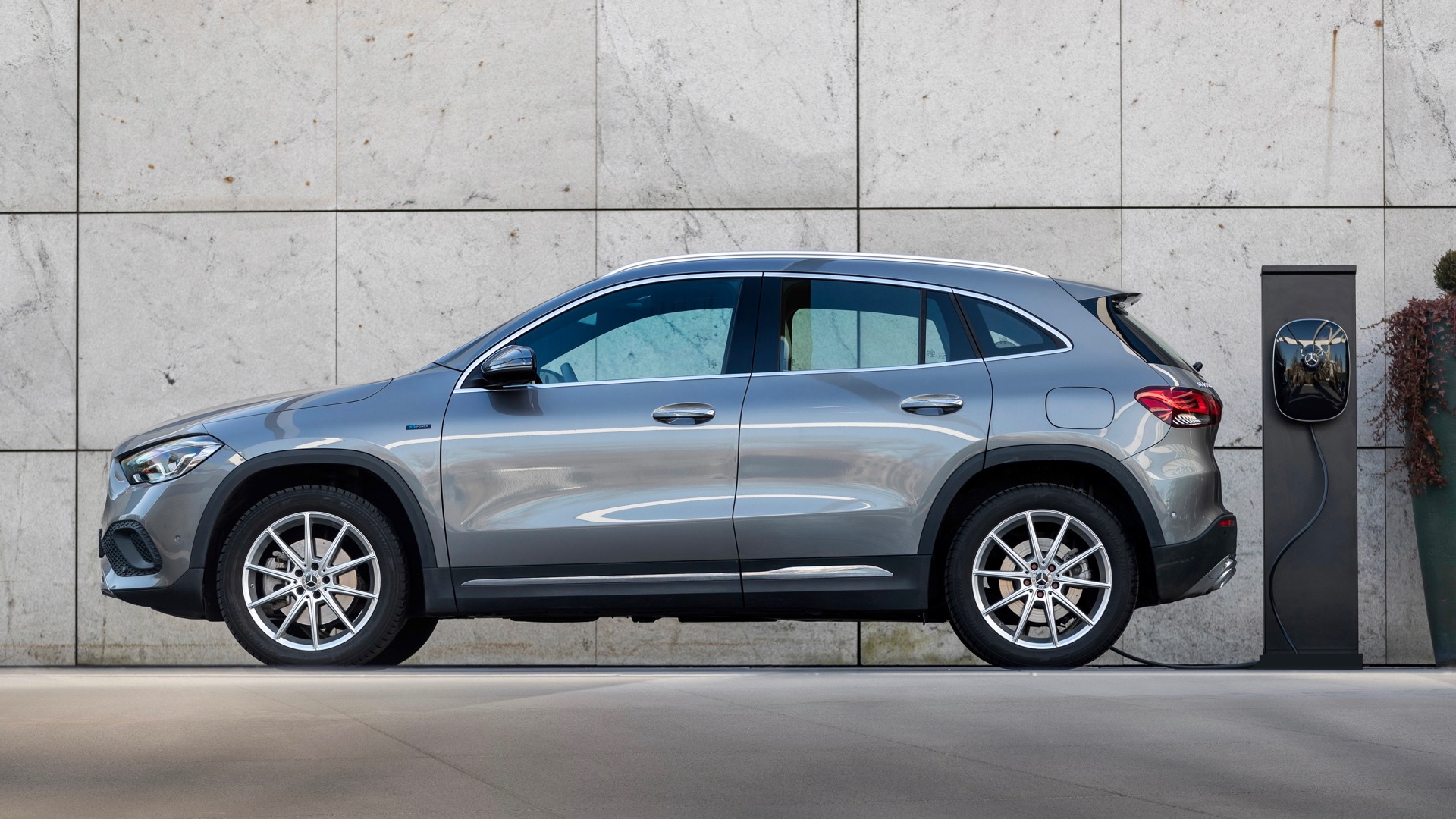 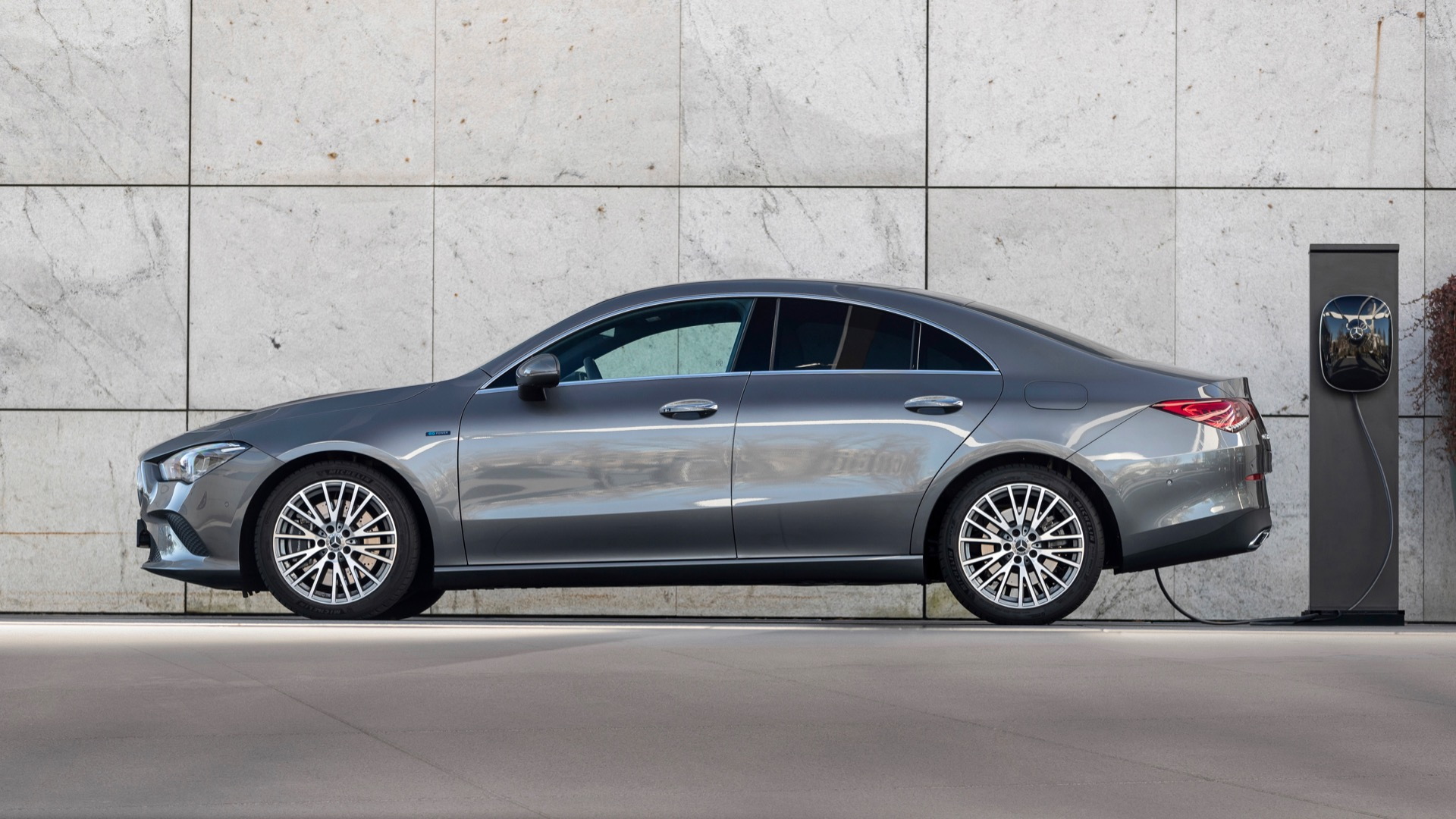 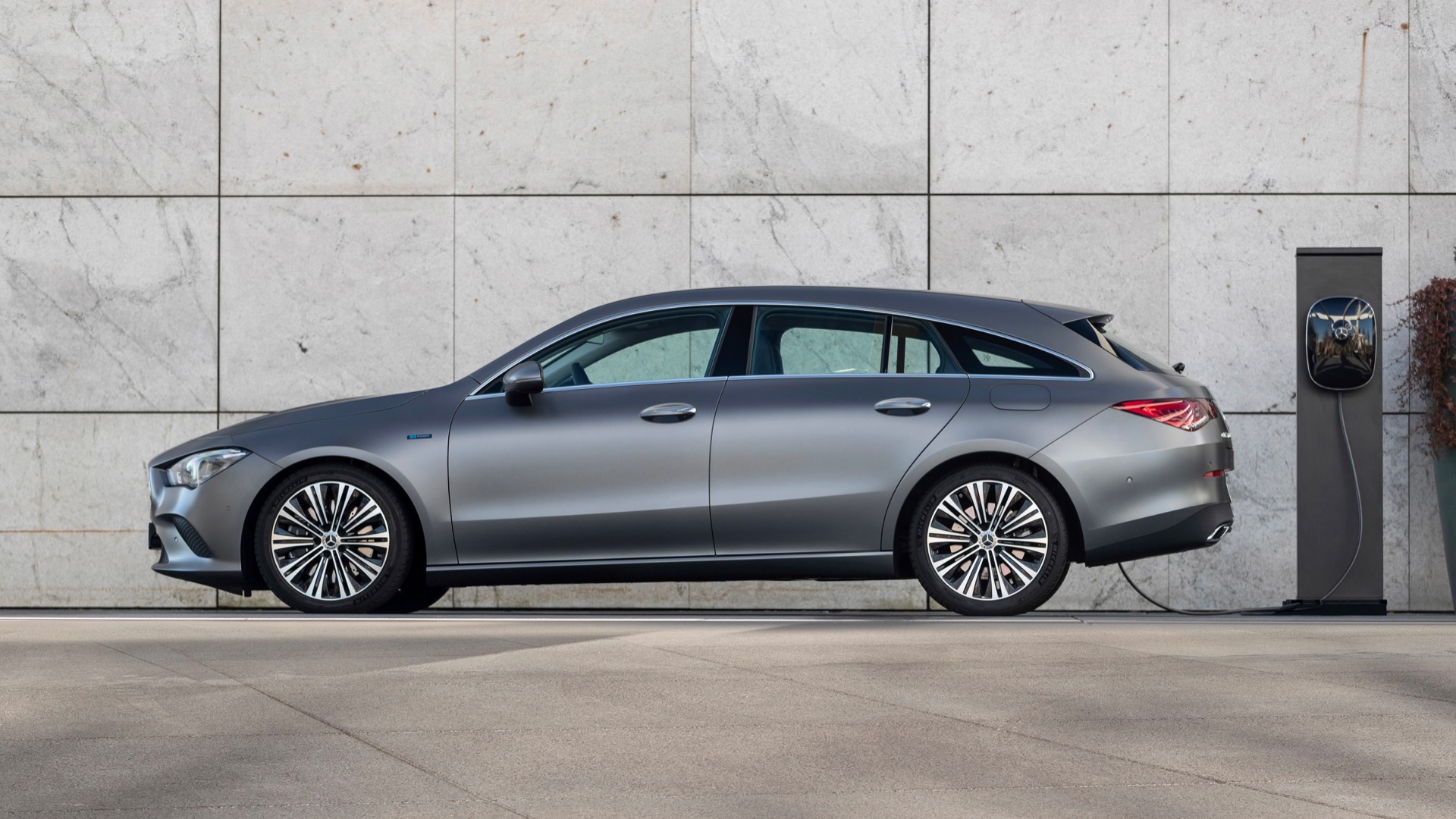 Mercedes-Benz is adding plug-in hybrid versions of three recently-redesigned compact models—the CLA, CLA Shooting Brake, and GLA—but none of them are slated for the United States.

In keeping with the automaker's naming scheme, the plug-in hybrids are designation CLA250e, CLA250e Shooting Brake, and GLA250e.

The CLA Shooting Brake (a wagon version of the CLA) is not sold in the U.S. and any form, but the standard CLA and GLA plug-in hybrids are not bound for the U.S. either, Mercedes-Benz USA public relations confirmed to Green Car Reports.

The three models share a powertrain, borrowed from the related A250e and B250e plug-in hybrids. A 1.3-liter gasoline four-cylinder engine and eight-speed dual-clutch transmission work with a single electric motor. Total system output is 214 horsepower and 332 pound-feet of torque, according to Mercedes.

A 15.6-kilowatt-hour battery pack provides a maximum 43 miles of range for the CLA250e, 42 miles for the Shooting Brake, and 38 miles for the GLA250e. All figures are based on the European WLTP testing cycle, which is somewhat more optimistic than the U.S. EPA testing cycle.

In 2018, Mercedes said it was aiming to increase the electric range of its plug-in hybrids with new third-generation powertrains. Electric range has been a weak point for the automaker.

The current GLC350e plug-in hybrid, for example, has an official EPA-rated electric range of just 9 miles. Mercedes has promised more range for the 2020. model year.

The GL350e is expected to be joined in the U.S. by a plug-in hybrid version of the larger GLE crossover.

Meanwhile, Mercedes has delayed the launch of the all-electric EQC crossover, choosing to prioritize European deliveries for the time being.