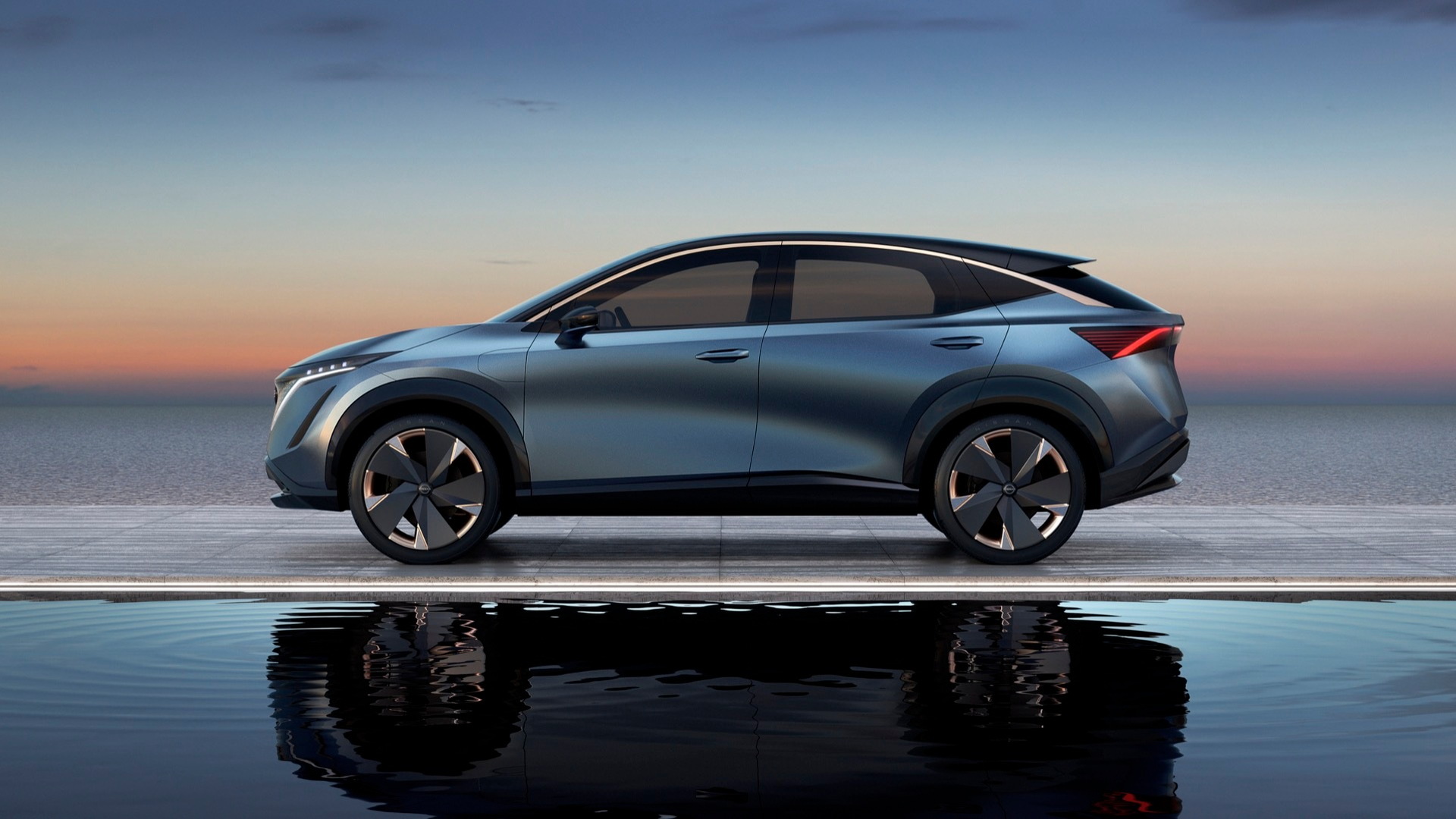 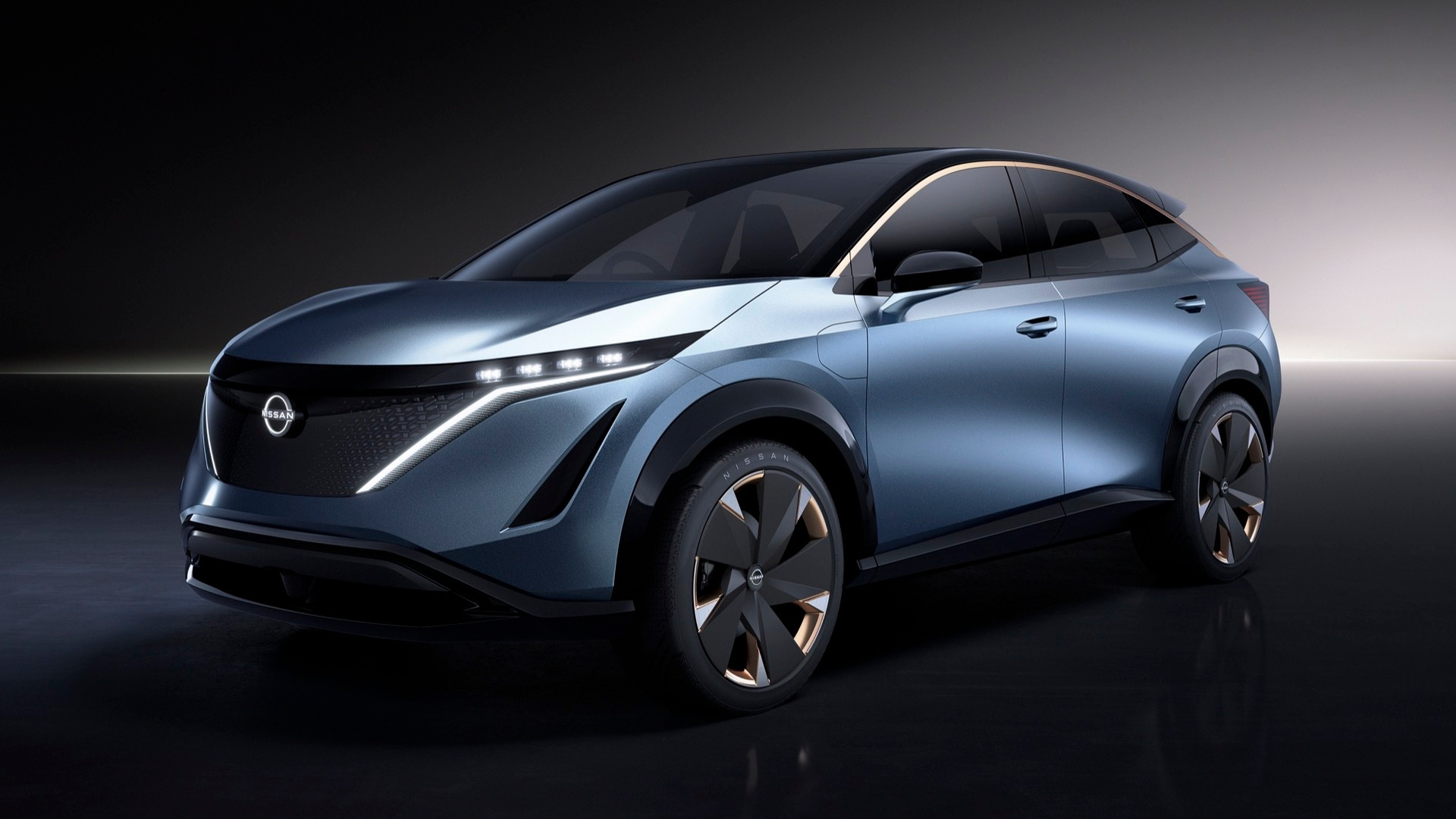 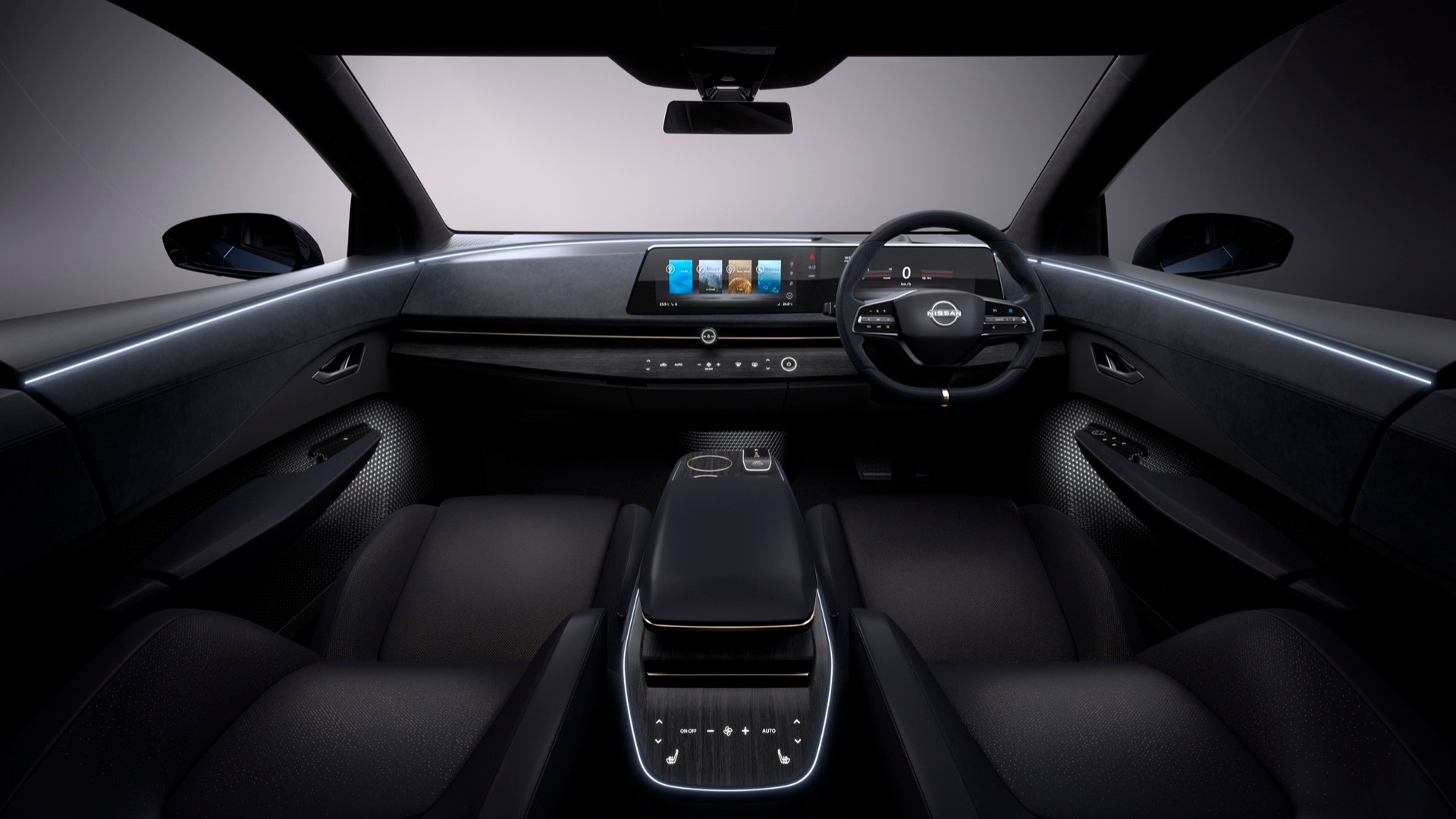 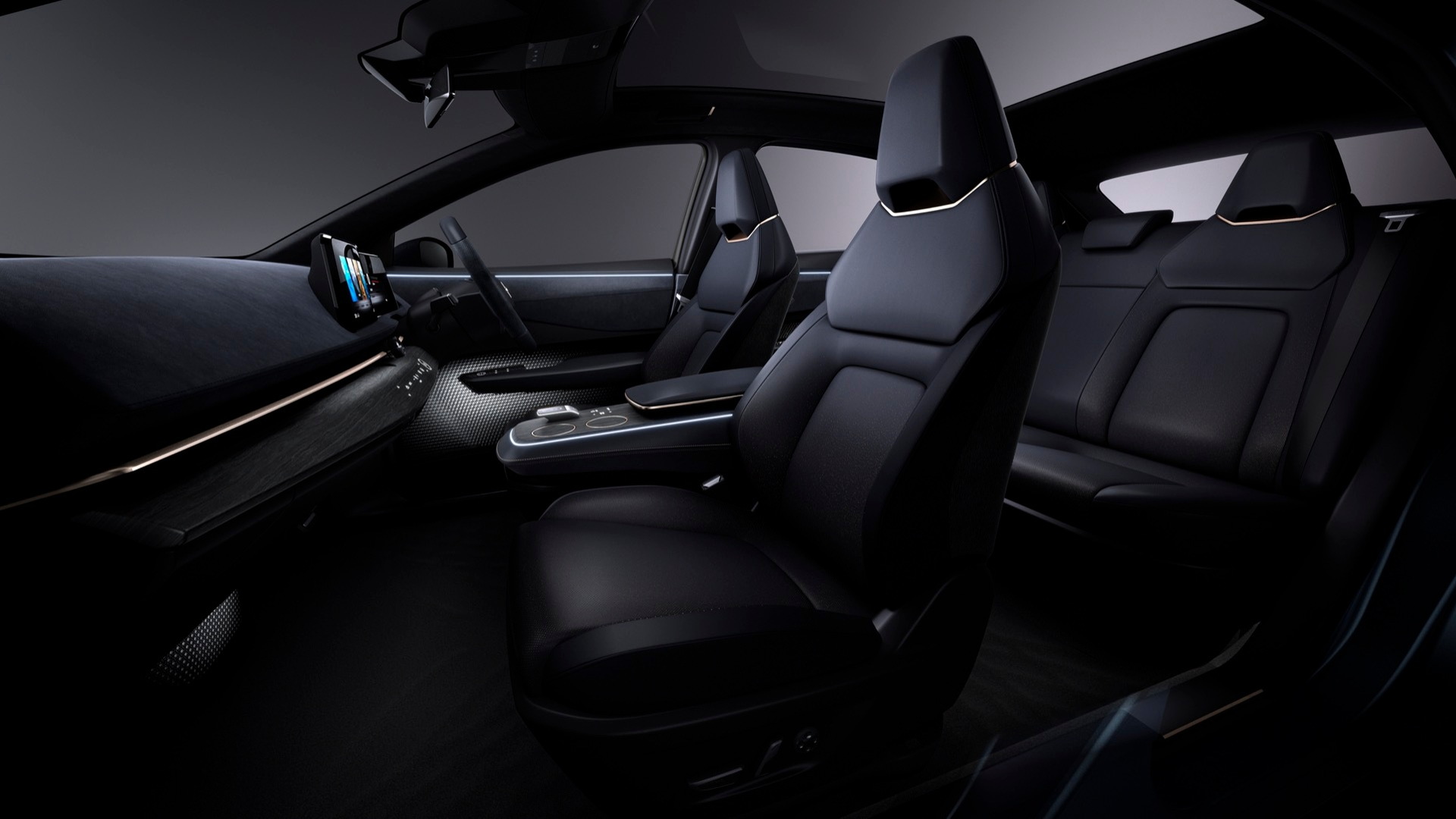 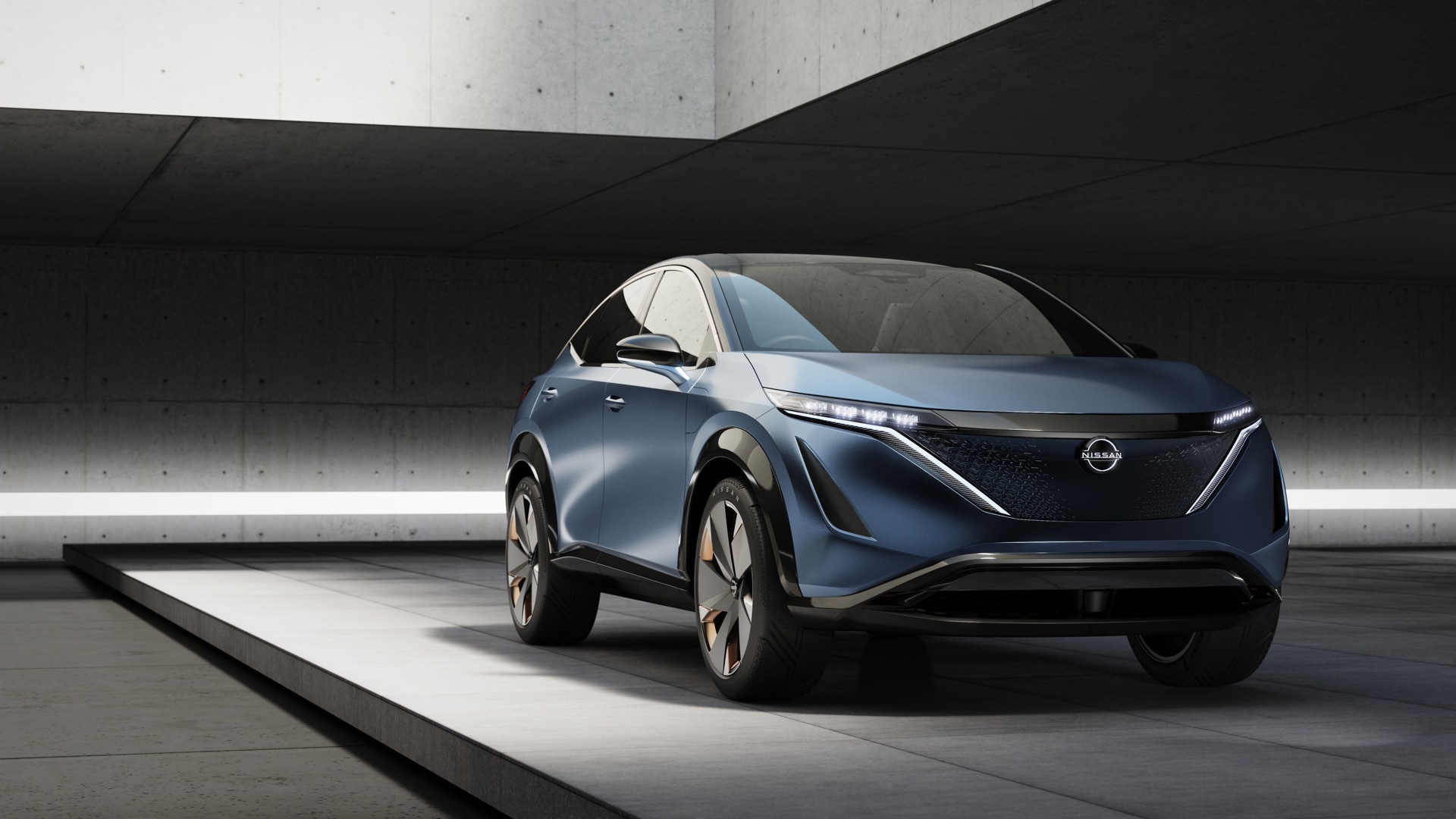 If you want a good look at Nissan’s next fully electric vehicle, it’s very thinly masked in the Ariya Concept, which made its U.S. debut at last week’s Consumer Electronics Show in Las Vegas.

Where exactly the Ariya will fit into the market has been the subject of conjecture up until now. Some reports have suggested that it will be an affordable electric crossover sitting just above the Leaf lineup, while others have suggested it might have a luxury-vehicle price tag and an emphasis on performance.

Turns out both of those are correct—well, all except for the high price.

According to Alfonso Albaisa, Nissan’s senior VP for global design, the Ariya will still be seen as an affordable big-brother crossover to the Leaf. “It is still that,” he said, confirming it’s absolutely a global vehicle but avoiding numbers when we asked him about positioning.

What Albaisa was more eager to talk about in the Ariya, which was preceded by the farther-out IMx concept, was its design—something he was directly involved in—and its performance.

When we asked about the Ford Mustang Mach-E, which will go on sale before the Ariya, and performance-focused EVs like the Porsche Taycan and Rimac C-Two, Albaisa didn’t hesitate to acknowledge their cool factor and explosive performance—and how they’ve changed the face of what performance means.

“Electric motors have changed the world because this idea of a pure 0-60 is less a differentiator,” he said. “How you use it, how you deliver it, what it means, and for the supercars, how many laps you can do, that matters.”

“Naturally it’s exciting,” he said, adding: “Even the real version of Ariya is fast—faster or as fast as a Z car.”

That’s in line with what Nissan has teased about the concept—that the Ariya will have a 300-mile battery range (driving cycle not disclosed) and a 0-60 mph time of under 5.0 seconds.

“It’s a high-performance crossover, because at the end of the day it’s super-fast,” he said. “Its center of mass is super-low, so the handling characteristics are extremely good.”

The Ariya will also mark the debut of Nissan’s new e-4orce twin-motor all-wheel drive system, which Nissan claims can help the whole vehicle stay flatter during acceleration, braking, and cornering without otherwise having to stiffen the ride the rest of the time—in other words, making it a much more pleasant place for passengers. Green Car Reports got a demo of the e-4orce system in Las Vegas, and it appears to be everything it’s billed to be.

“You’d be surprised the kind of cars we can beat on a G-test on snow,” Albaisa said about the system.

In shaping the Ariya’s exterior, aerodynamics were very important. “We really wanted to get to 300 miles, something where you’re going to need science of shape, not just batteries and motor efficiencies,” explained Albaisa. “So we intentionally made this bullet-like shape; but then we raised it and gave it an SUV quality we fell in love with this combination.”

Although plenty of details about the Ariya—some of the most important ones, like the battery technology—remain secrets, Albaisa was eager to point out that what we see in the Ariya is, mostly, what we will get—a compact crossover that’s about 181 inches long, 76 inches wide, and 64 inches tall, which lands between today’s Nissan Rogue and Rogue Sport but is wider and a few inches lower (or for another equivalent, slightly shorter than the Tesla Model Y or Ford Mustang Mach-E).

“This one is incorporating all the realities, even though it’s a concept car,” he said. “It’s very real; it’s on the wheelbase and the width and the height, all of that.”

That’s mostly true inside, too, the executive hinted. The interior emphasizes seamlessness, simplicity, and Japanese craftmanship, and is intended to underscore the technology. There’s a flat floor allowed by the low battery pack and an extra amount of spaciousness afforded by moving climate-control components out of a center console and under the hood. Haptic touch controls essentially fade into the dash design when they’re not in use, and the 12.3-inch infotainment display and dash display are staggered on different planes, keeping the instrument displays out at what should be a more comfortable eye distance.

The Ariya is setting a new design direction for potentially as many as a half-dozen other Nissan EVs to follow in the next decade, globally, and be based on the same underpinnings. Albaisa said that the common thread among all of them is that they’ll be outfitted like flagships inside, but they’ll have an “adventurous spirit” on the outside.

Although Nissan has dodged questions about exact arrival timing for the production vehicle based on Ariya, we might have to wait a while yet. Reports (and reports of a dealer preview last year) peg it for going on sale in the second half of 2021.