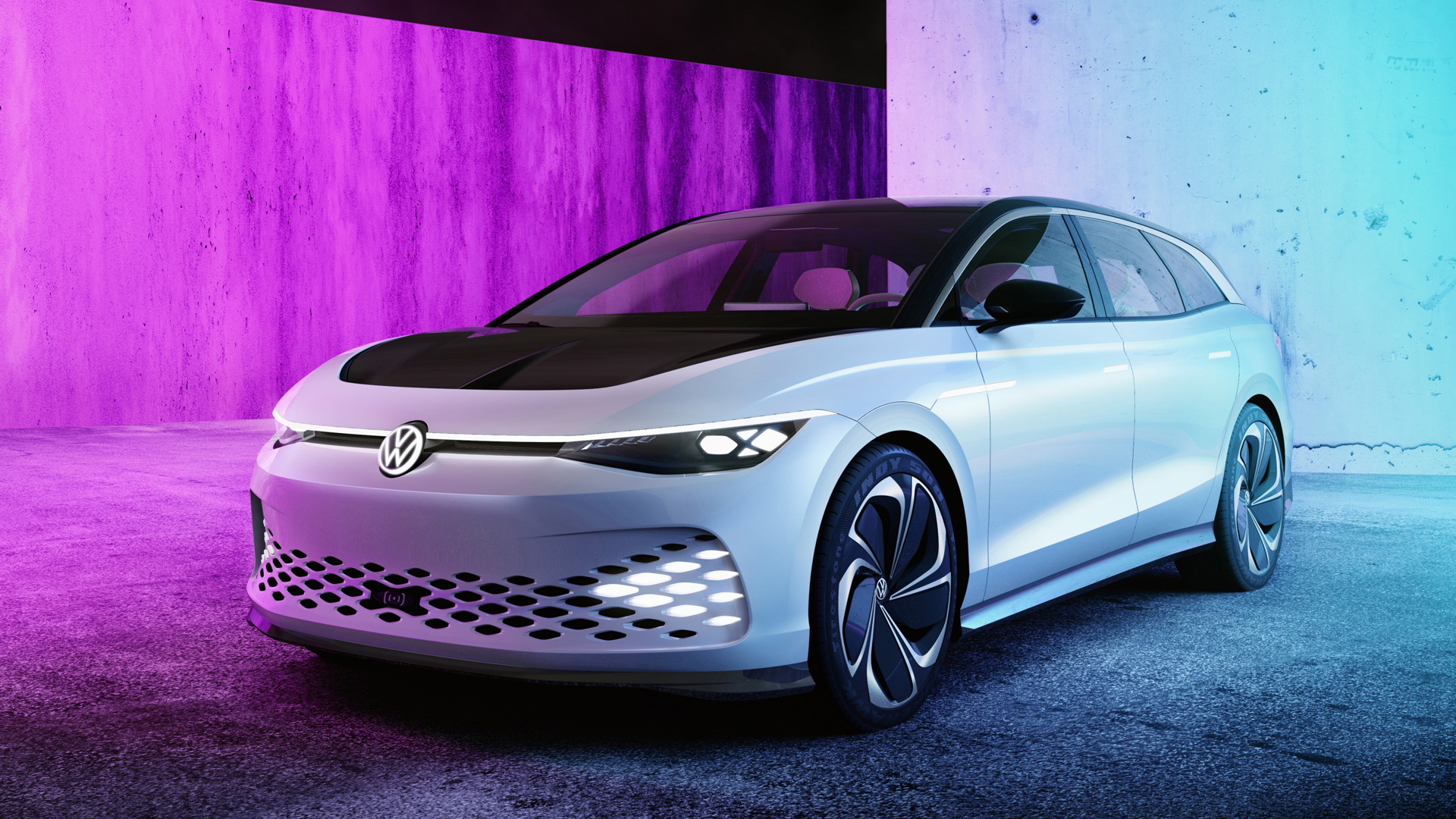 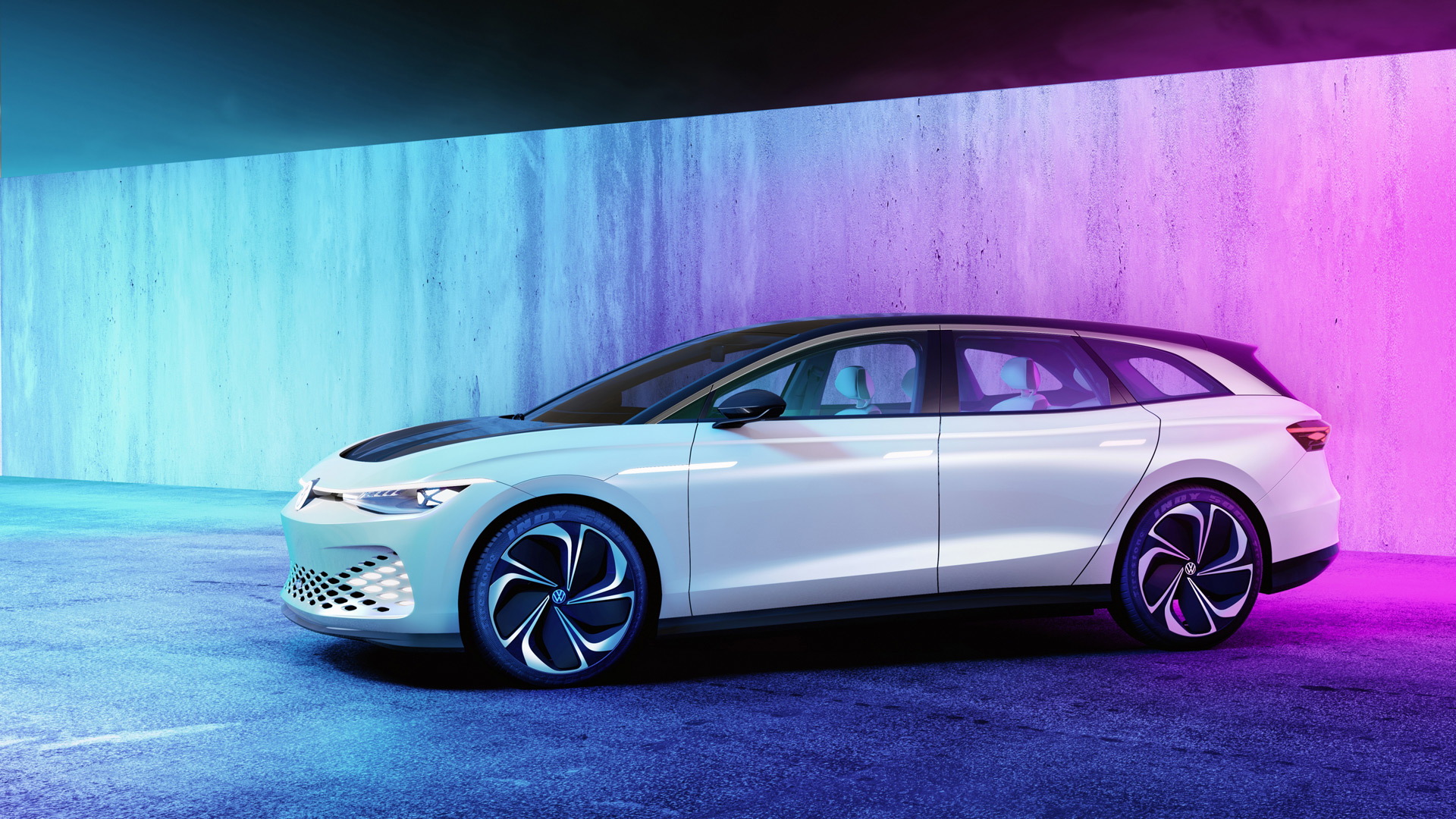 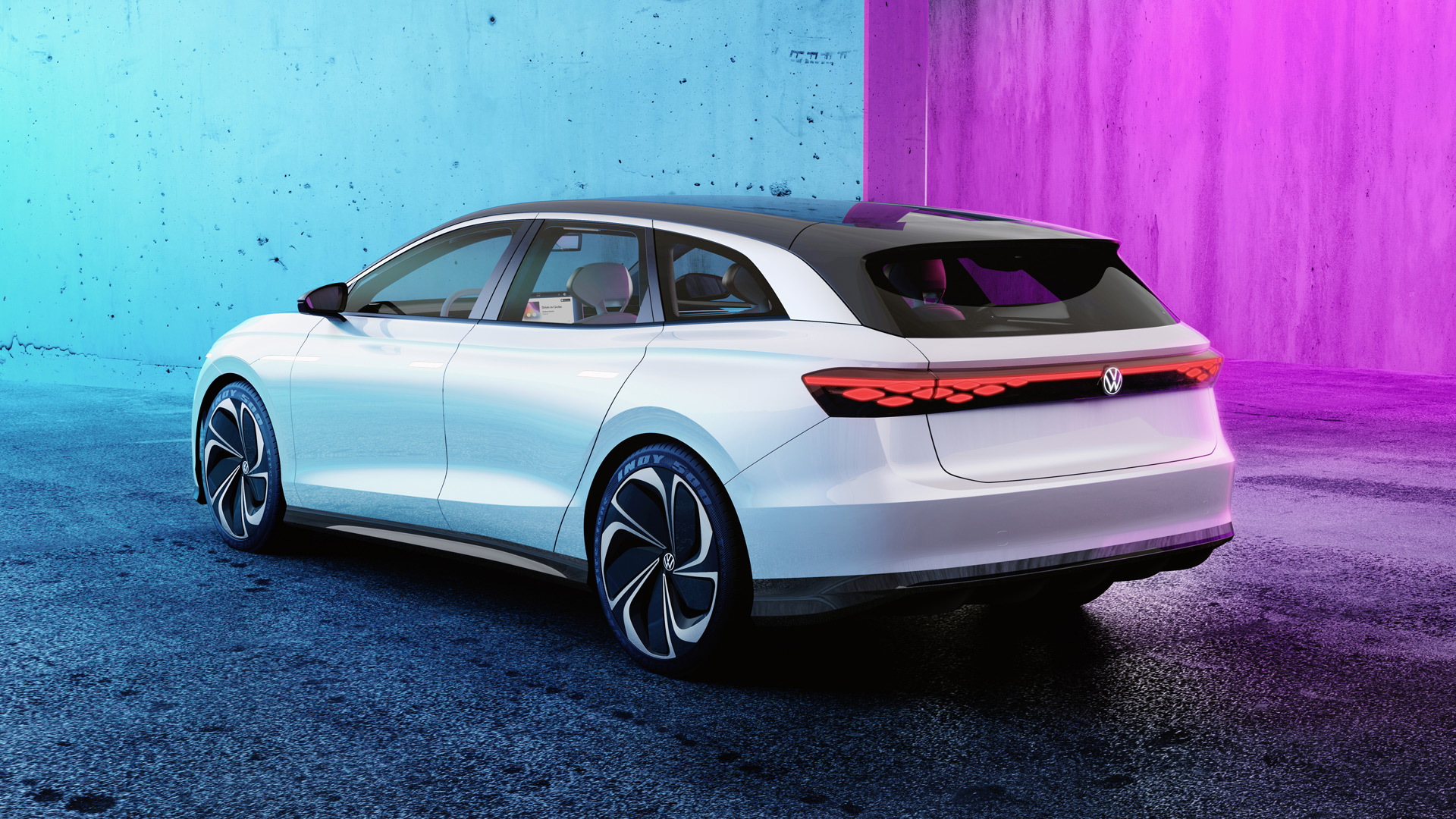 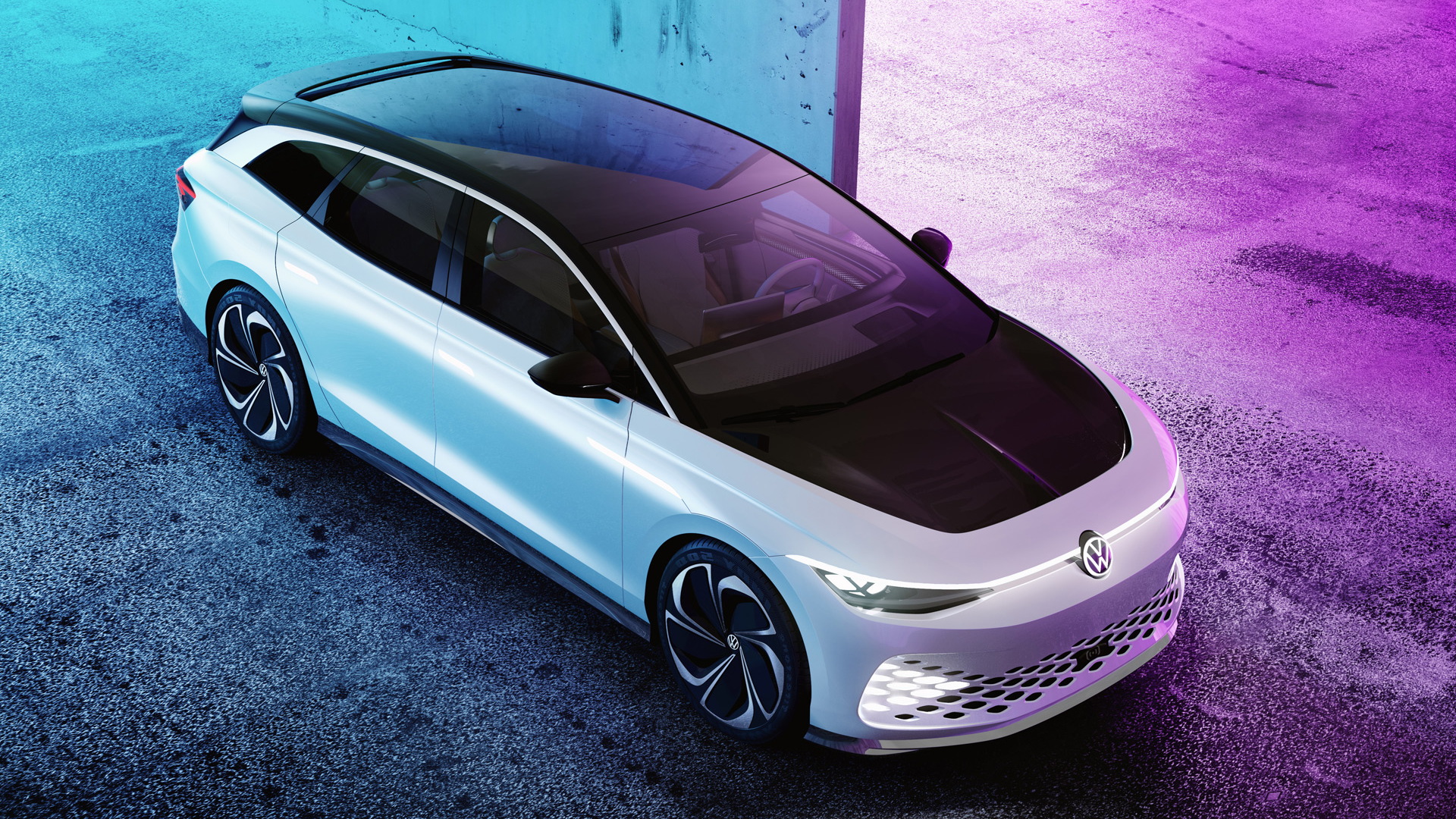 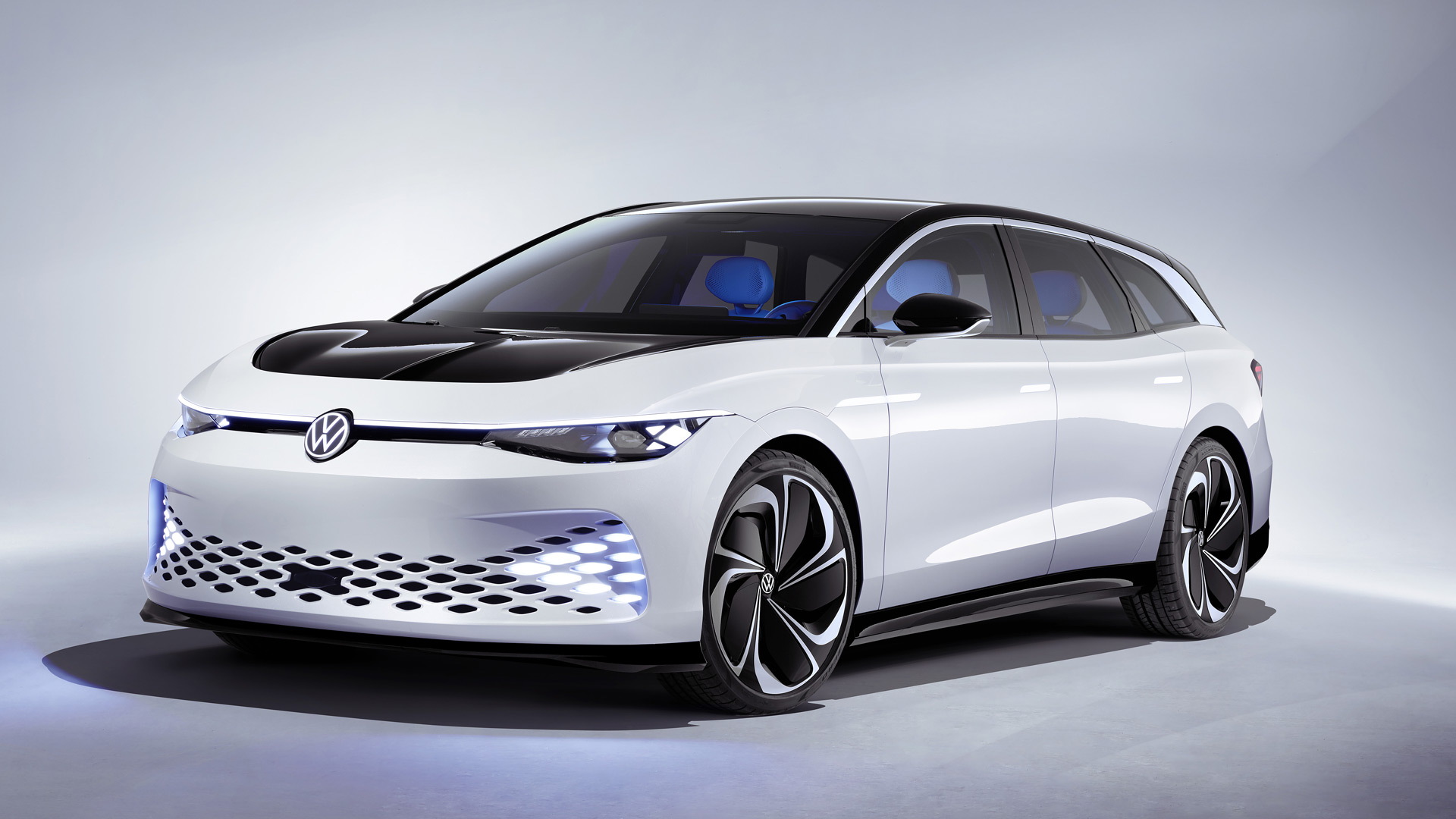 Just before the start of LA auto show press days, Volkswagen Tuesday evening rolled out the seventh member of its ID electric-car concept family,that it says previews “a potential production car for Europe and North America.”

The model is built on Volkswagen’s MEB platform for mass-market electric vehicles, which was conceived to be the building blocks for a wide range of vehicles, as showcased by the six other production-bound models.

The ID Space Vizzion has what appear to be classic sport-wagon proportions, but it’s a big car. It’s 195.2 inches wide by 74.2 inches wide and 60.2 inches high, and rides on a 116.7-inch wheelbase. The Vizzion is a four- or five-seater, depending on the interior options, and the cargo space with the seats up is a spacious 20.7 cubic feet.

The Space Vizzion concept comes with a 275-hp motor providing rear-wheel drive, although Volkswagen notes that a front motor could be added to provide front-wheel drive. Driving range is projected to be up to 300 miles on the U.S. EPA cycle. VW points to a 0-60 mph time of 5.0 seconds, with a top speed of 109 mph.

The ID Space Vizzion is built with an 82-kwh battery pack (net 77 kwh)—the largest of the three MEB sizes, and not the 111-kwh extended version of the MEB battery pack that was teased with the earlier VIzzion concept.

VW says that the ID Space Vizzion can charge to 80 percent in about 30 minutes—at what we’ll assume is the peak 125-kw power afforded by VW’s MEB hardware.

The design is slick—in its space-maximizing proportions and in its low 0.24 coefficient of drag. Air flows under a panel between the headlights and then over the hood, with another panel to direct air in back. The middle of the vehicle, from the hood through the tilt-and-slide to the rear of the vehicle, are glossy black, giving the Space Vizzion an unusual kind of two-tone look from the front or above.

Volkswagen has taken a look at sustainability with the materials within the Space Vizzion. Environmental considerations include chrome-like paint instead of chrome and an AppleSkin polyurethane seating material that really does incorporate apple leftovers.

Just as in the ID 3, there’s an ID Light system that signals to the driver about all sorts of things, reducing the number of beeps and warning lights, and a new multi-function steering wheel has capacitive touch panels. VW has made the right steering-column stalk the shift lever, while the left stalk is for the wipers—a VW first, and perhaps a harbinger of an interface change for the brand.

The Space Vizzion could very well be what America needs—a long-range electric car that could simultaneously replace both the ubiquitous SUV and the maligned minivan. We sure hope it does; stay tuned.