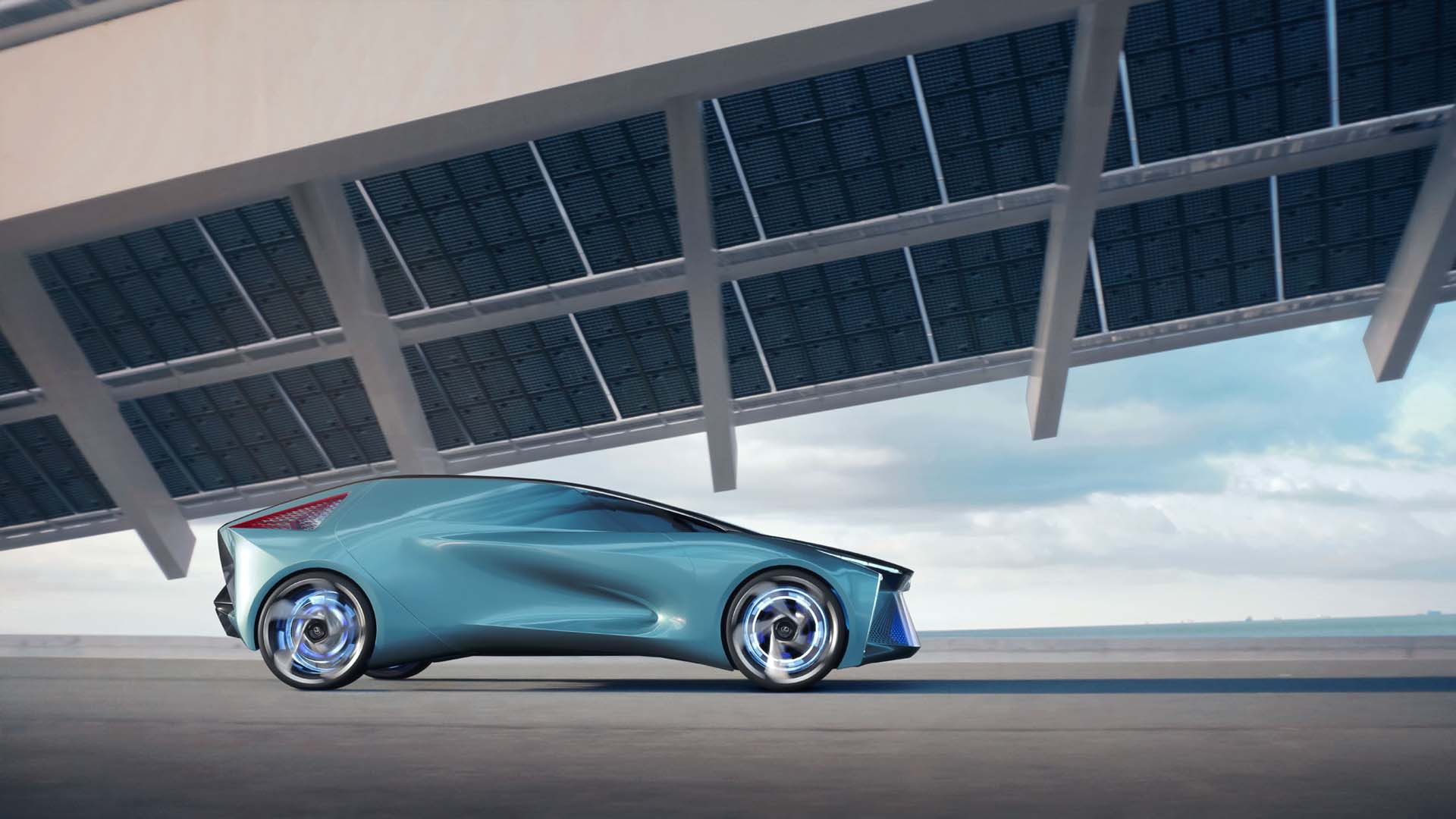 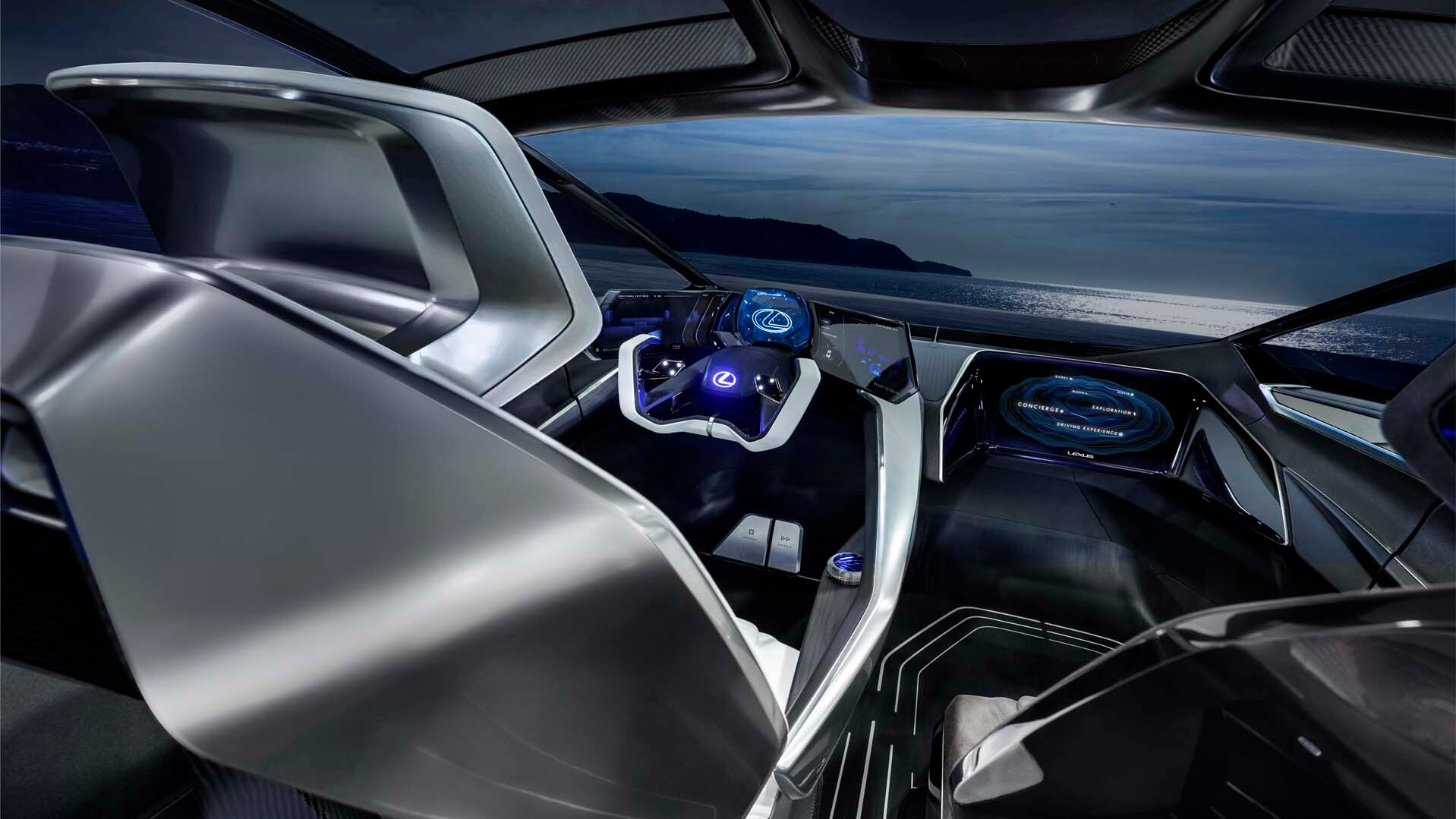 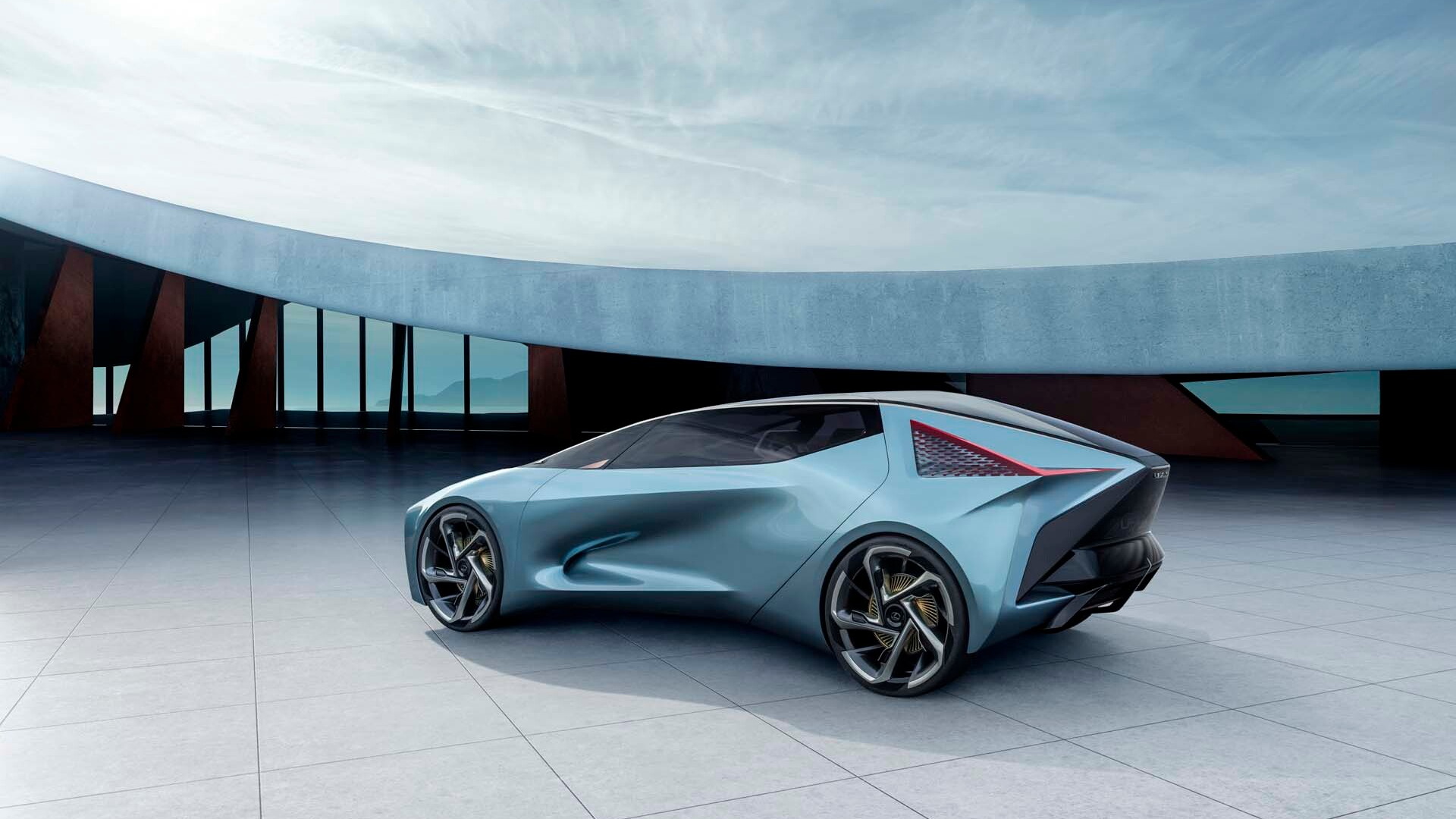 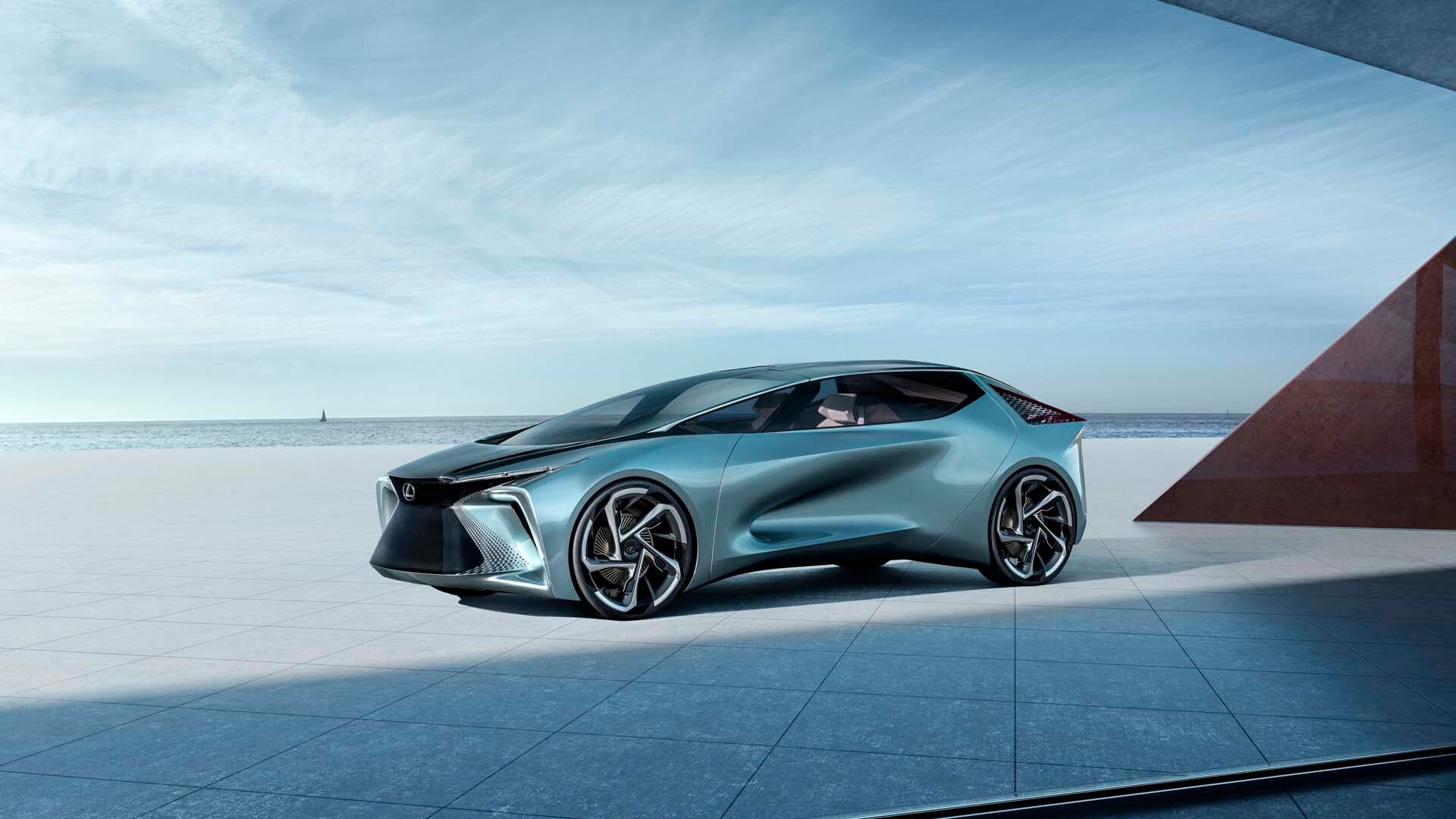 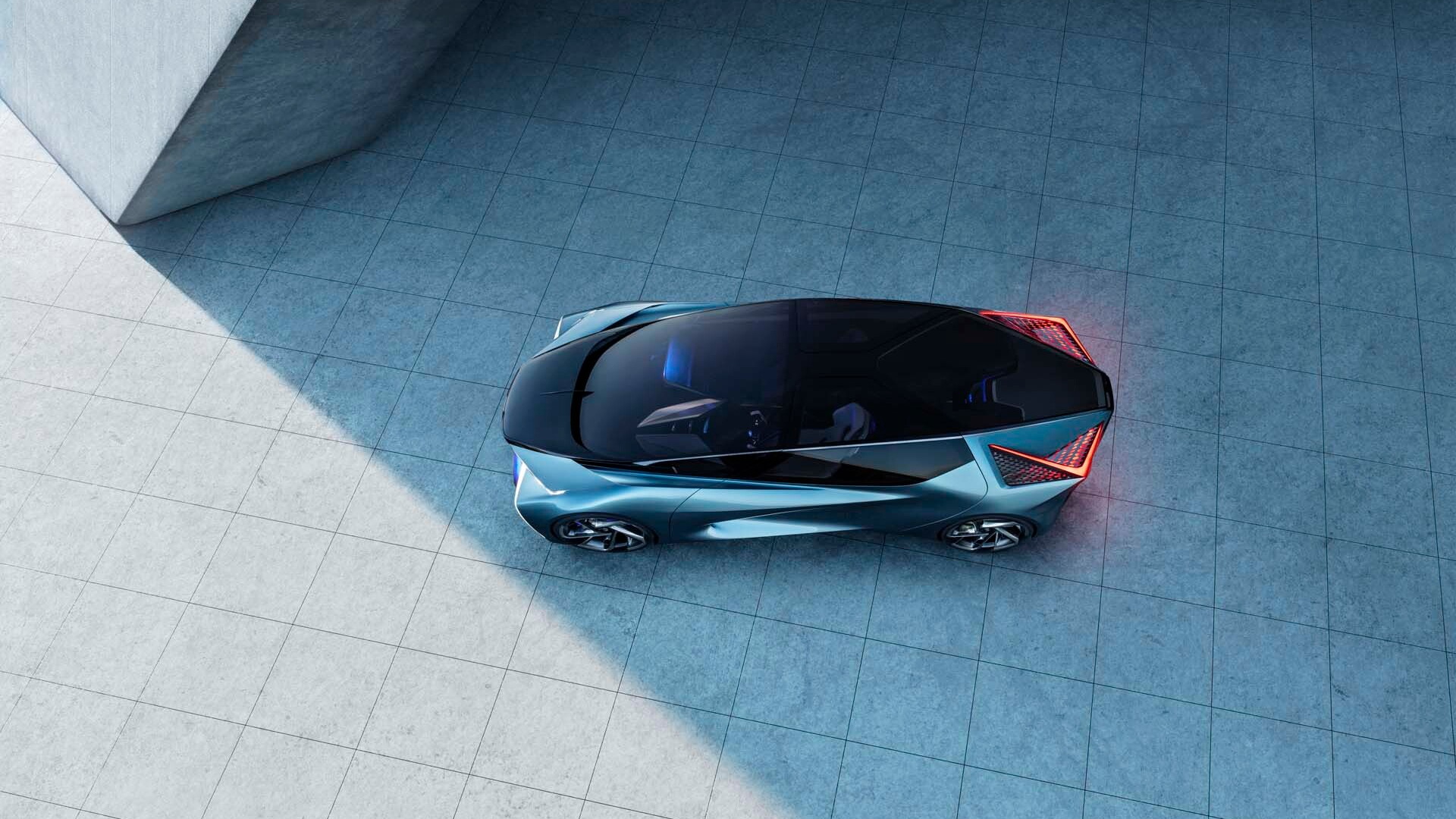 Lexus doesn’t have currently a single electric car in its lineup. And yet it’s clearly showing that it sees them as the future—with an LF-30 Electrified concept revealed today at the Tokyo auto show.

The gullwing-door concept “embodies the ‘Lexus Electrified’ vision,” is powered by four in-wheel electric motors, steering by wire, and something called Advanced Posture Control, which integrates the motors, steering, and suspension as a single smart system.

The concept is Tesla Model X large—about 200 inches long and 78.5 inches wide—and a hefty 5,300 pounds, which brings to question the level of advanced materials like aluminum and carbon fiber Toyota and Lexus are baking into its upcoming dedicated electric vehicle platform. Lexus lists a range of 311 miles from a 110-kwh battery pack that can charge at up to 150 kw. Toyota lists top speed at 124 mph, with a 0-62 mph time of 3.8 seconds.

Especially of note, Lexus doesn’t envision the LF-30 as doing all the driving autonomously. It says the concept “targets a fundamental leap in vehicle performance, handling, control and driver enjoyment.”

The Toyota luxury brand says that it’s taking many of the lessons learned in its popular hybrid powertrains—in battery management, power control modules, and electric motors.

The concept was drawn out on a dedicated electric-vehicle platform, with a “hoodless” profile, continuous window glass from front to rear, and the combination of a flowing front design (with an evolved version of the brand’s spindle front styling) and a sharp, more creased design in back. Side-window opacity can be adjusted for privacy or to take all the light in.

Inside, the cockpit interface follows a “Tazuna” design, inspired by a single rein between horse and rider. Controls are centered around the steering wheel and a head-up display, with gesture controls and augmented-reality displays handling the rest of it.

Lexus points to sustainable materials aimed at reducing environmental burden—including charred cedar in the floor and steering controller with recycled metal used in the door trim.

The LF-30 Electrified has a “Lexus Airporter” drone support vehicle, which is capable, for instance, of carrying baggage to and from the vehicle. And there's a ”Lexus Teammate” autonomous drive system, with a Chaffeur mode (autonomous driving) and a Guardian mode.

Although this might be the vision for 2030, Lexus plans to introduce electric cars on its dedicated BEV platform “early in the next decade.” Although Lexus’ first electric car, to be introduced next month, likely won’t have anything to do with this car, rest assured: We won’t need to wait until 2030 for an EV with at least some of these features.