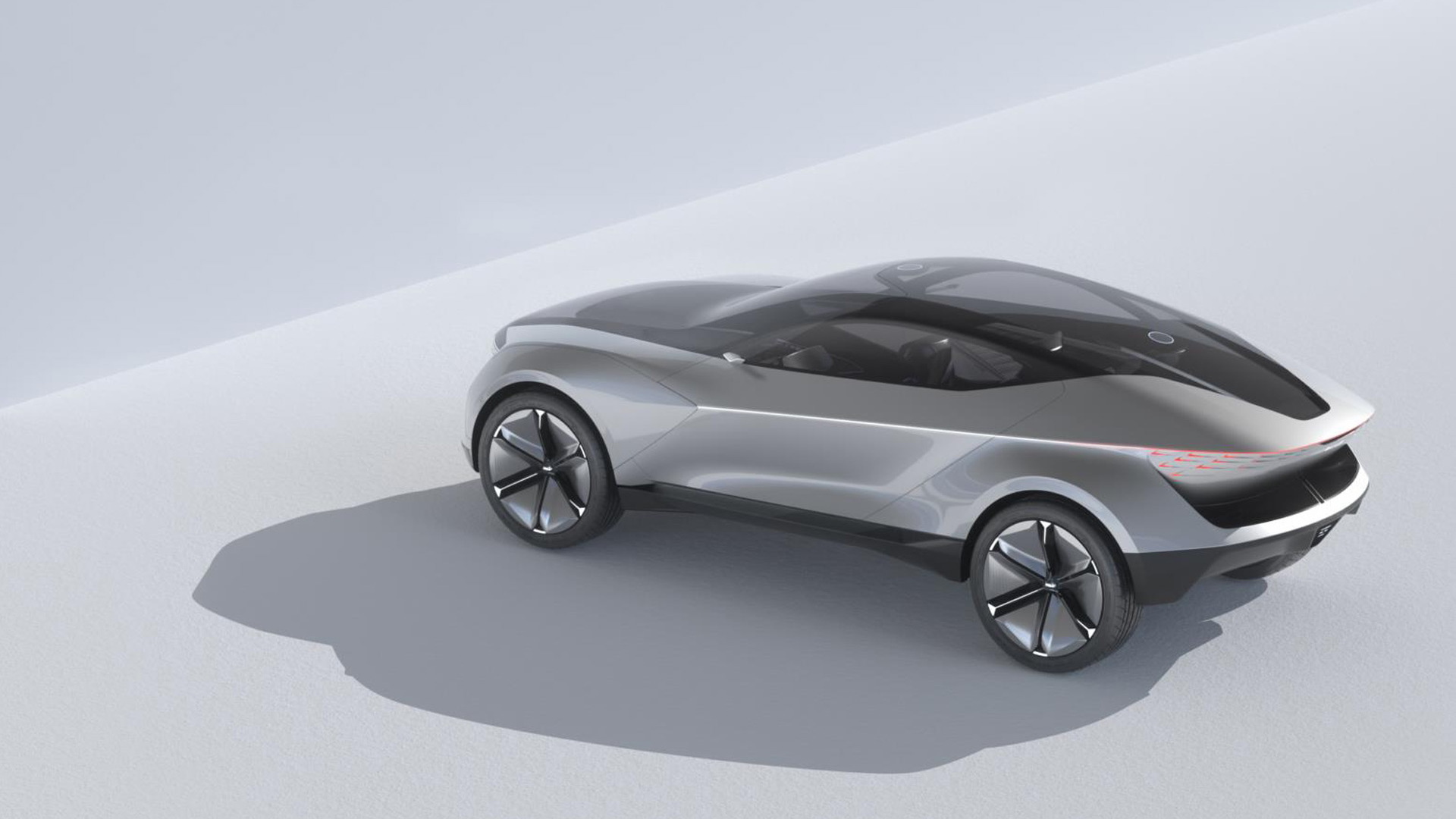 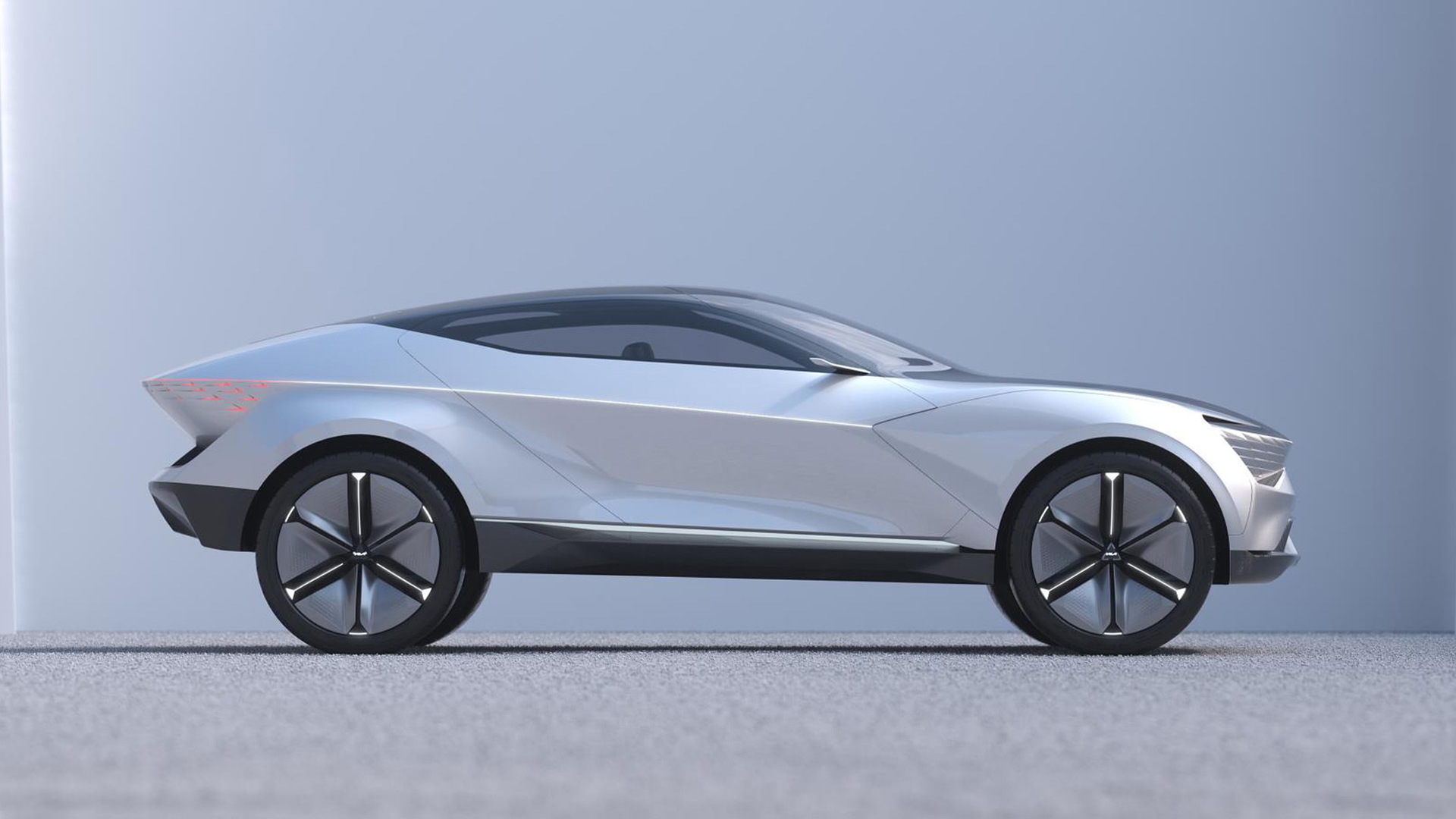 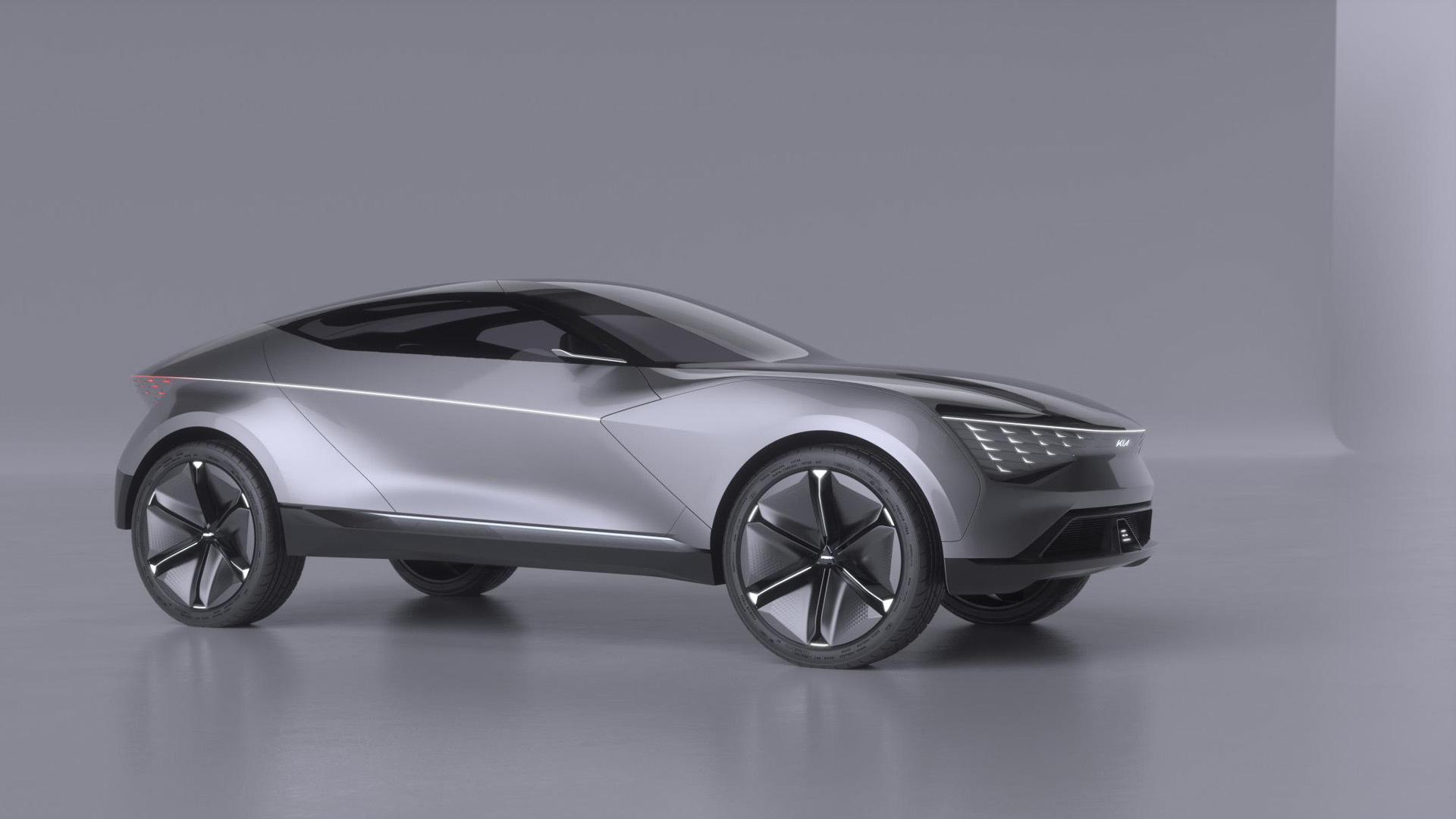 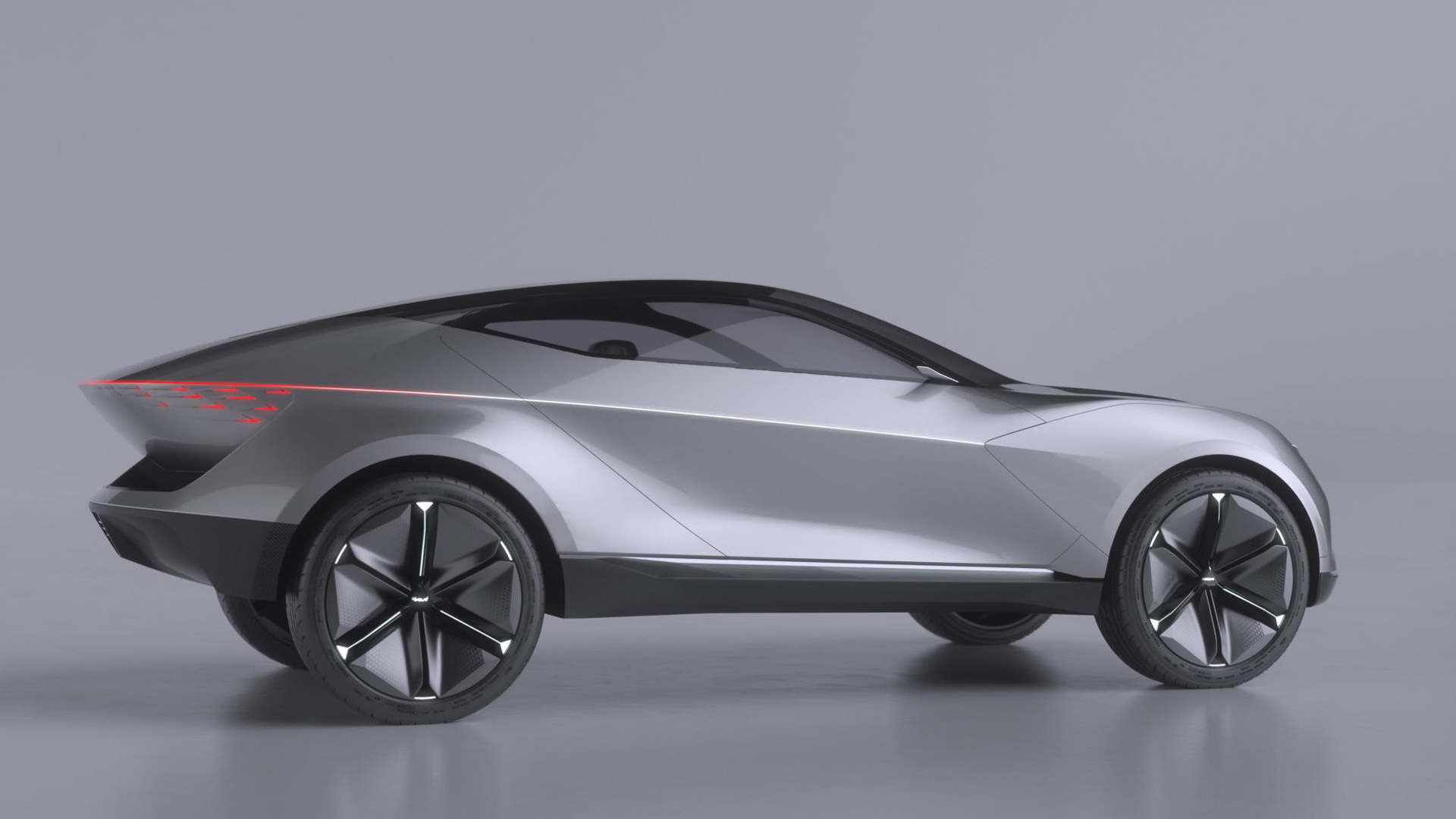 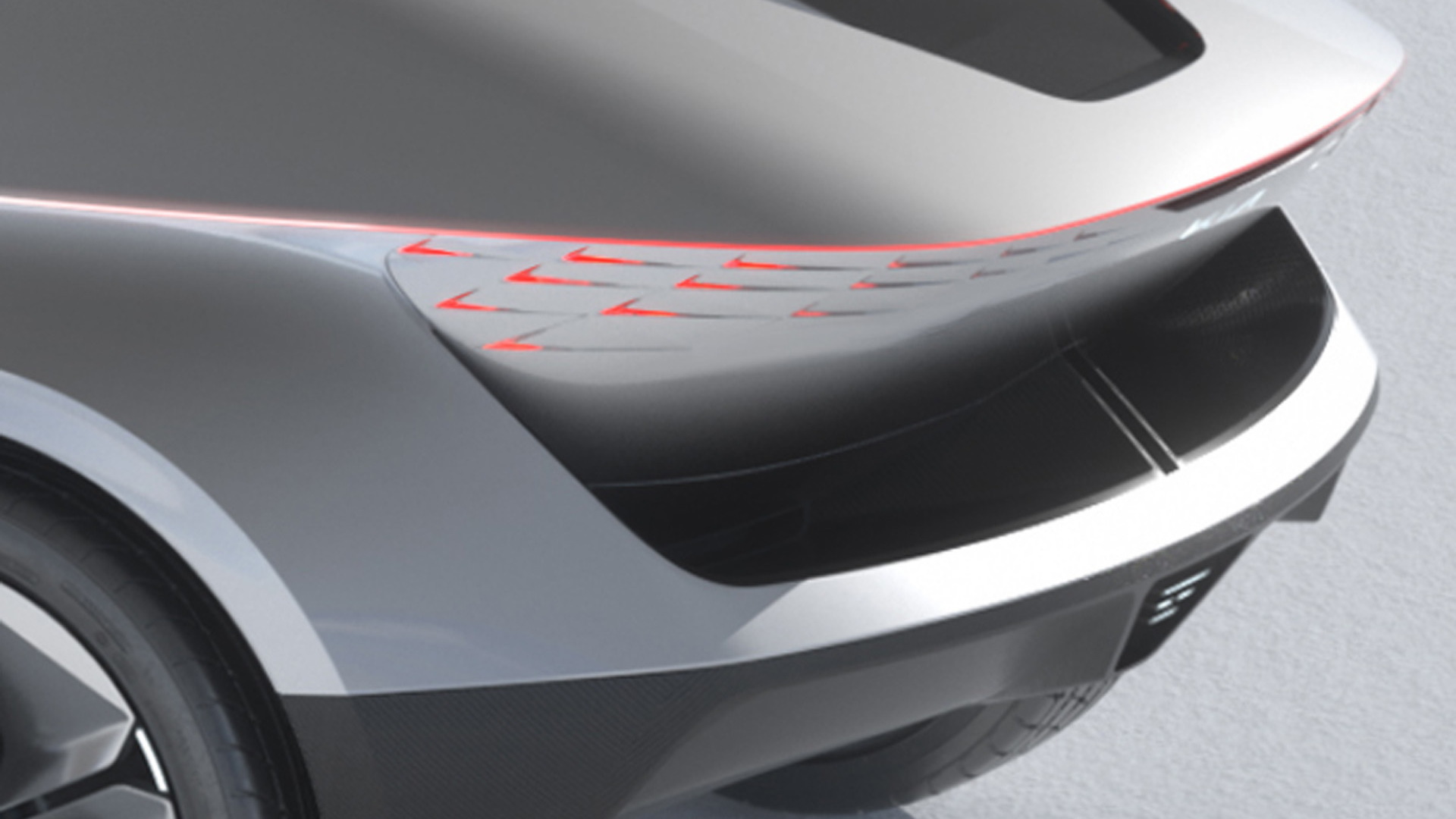 With its new "tiger face" and big-coupe proportions, Kia's Futuron is a look at the Hyundai subsidiary's battery-electric future, albeit a somewhat distant one.

Kia says that the design of its concept—which is definitely, totally, absolutely not a Hyundai EV 45 in disguise—embraces its "360-degree" theme "in the best traditions of UFO and flying saucer design."

If you ask us, the Futuron's interior looks more like the world's most aggressively futuristic hair salon, but then again, we really don't know what those aliens are doing when they grab people out of the desert southwest. Maybe those alien head silhouettes we're used to seeing are really just the galaxy's dopest bouffants.

The exterior, at least, is fairly conventional as coupe-crossover concepts go. It reaches into the past with the long-ish hood and fastback rear end, but despite sharing those proportions with a traditional grand tourer, its exaggerated ground clearance robs it of the sleek, hunkered-down look that the rest of the car desperately wants to pull off.

Kia calls it "a sports car on an SUV platform." Hmm; we might have heard that from Germany before.

The concept's shape is a natural extension of its electric powertrain, Kia says. Its battery pack resides predominantly in the floor, which should surprise nobody, and its four-motor all-wheel drive system is pretty much the norm for today's all-electric concepts—especially SUVs and crossovers. Kia has also embraced the notion of in-wheel motors, which, after years of durability concerns, appear to be just about ready for prime time.

The rest of the tech embraced here, such as in-windshield lidar sensors which ostensibly support a Level 4 autonomy suite, is at least a generation or two removed from production-readiness.

We wouldn't be surprised to see Kia deliver an electric (or electrified) coupe-crossover, perhaps even as a successor to the slow-selling Stinger fastback sedan. Kia and its parent company, Hyundai, are hard at work on fleshing out a roadmap that will supposedly bring us eight electric cars by 2022.