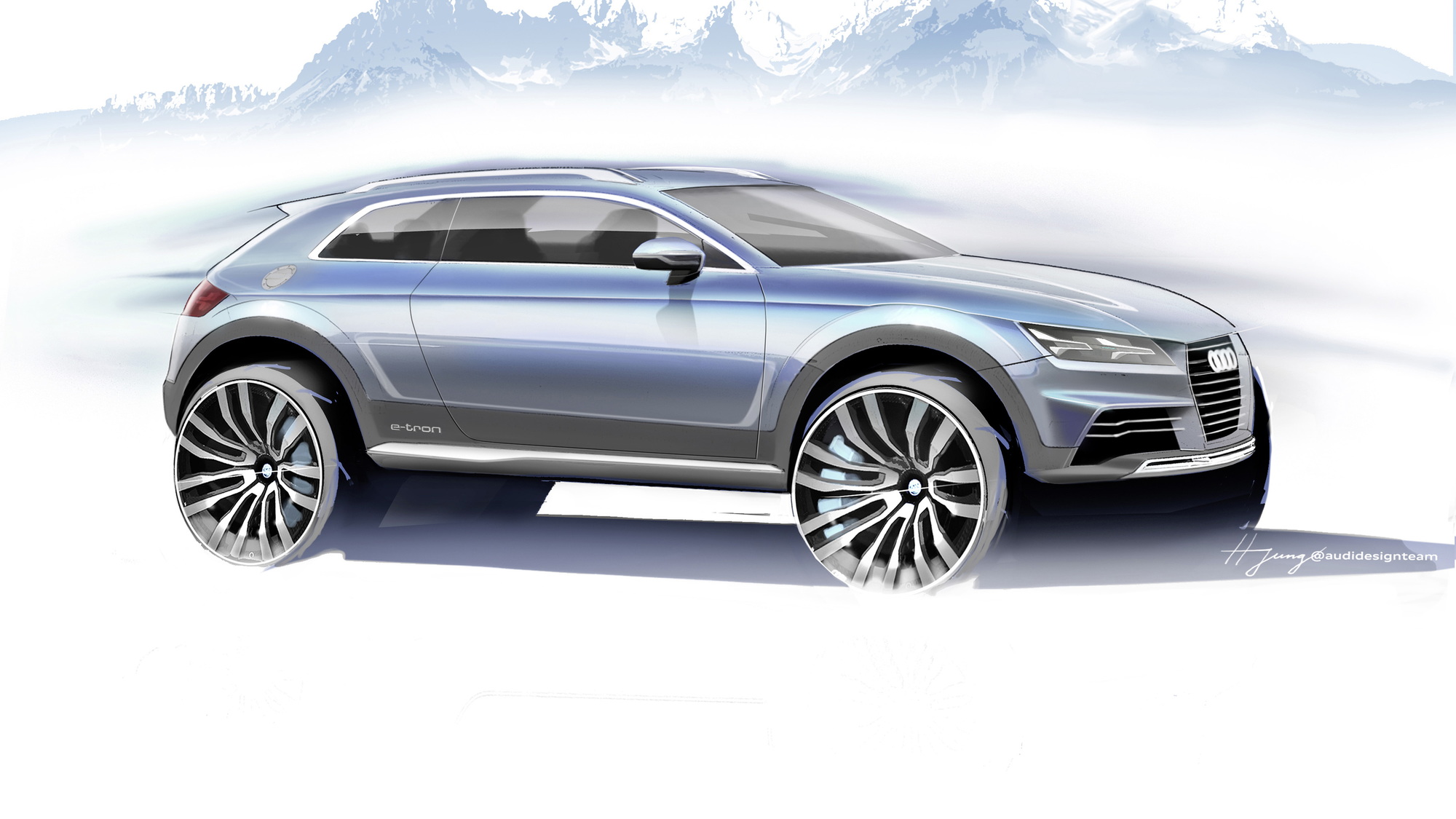 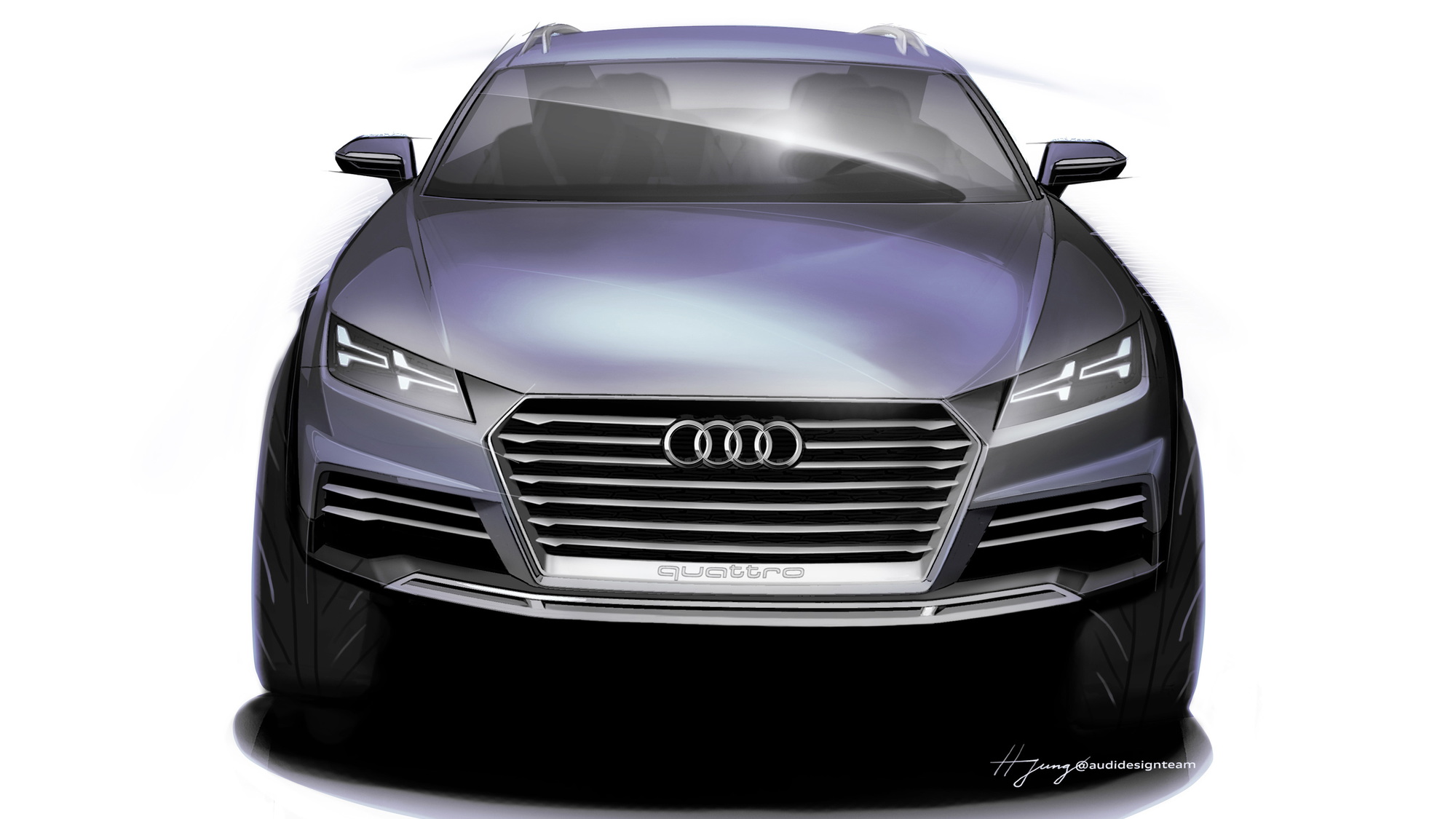 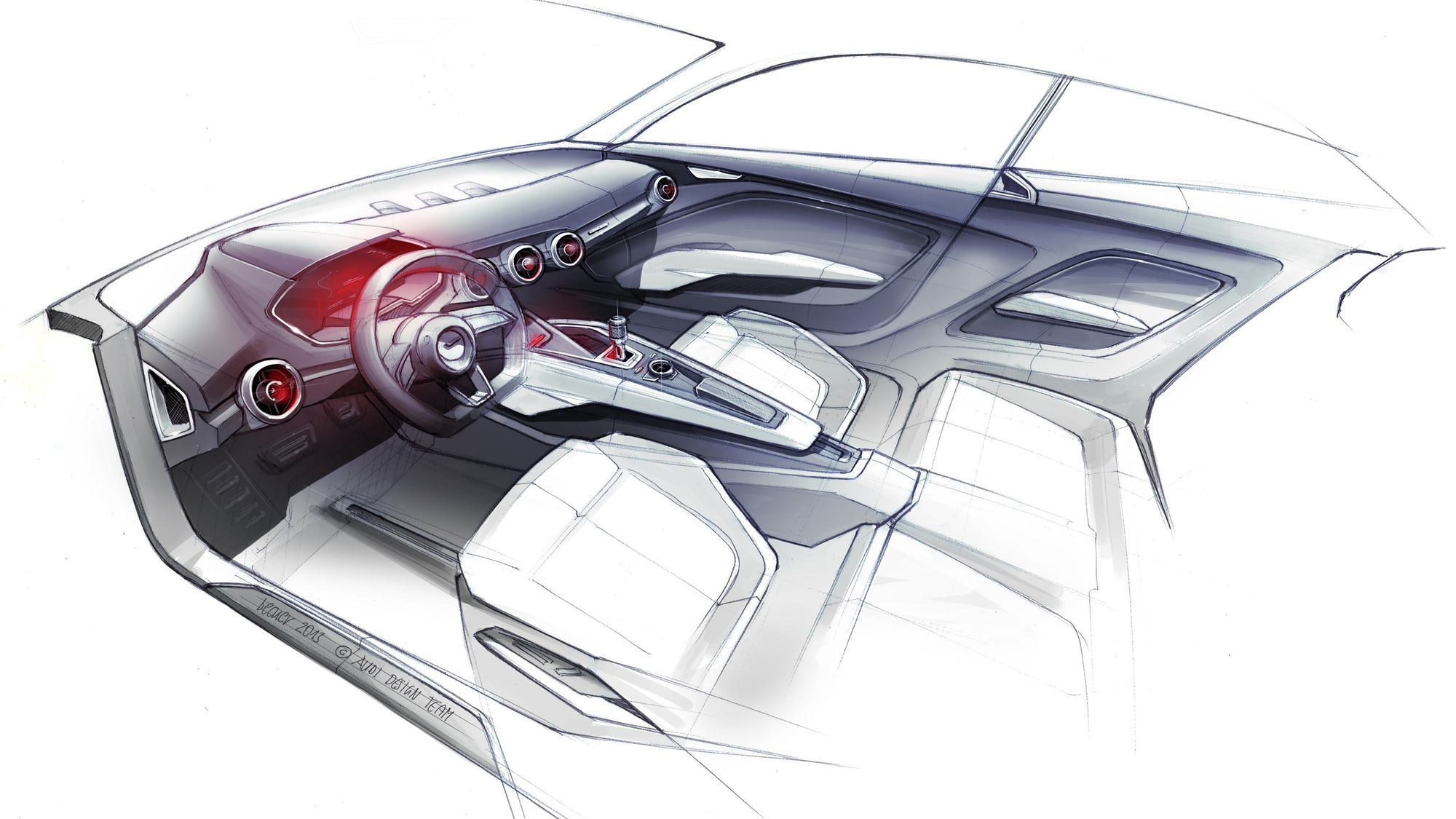 3
photos
Audi will show a new crossover concept at the 2014 Detroit Auto Show in January.

Nothing surprising there you might think--Audi has a crossover concept for just about every month of the year. But this one is a little different, as it wears a badge on its flank we've seen before: e-tron.

That means the car--which currently has no name beyond "new Audi show car", will use some form of plug-in hybrid or battery-electric technology, in line with Audi's other recent e-tron models.

At 13.8 feet long it's closest in size to Audi's A3 compact car, itself the basis for the upcoming A3 e-tron plug-in hybrid.

The A3 e-tron uses a 1.4-liter turbocharged gasoline engine and electric motor setup to deliver over 200 horsepower, while its 8.8 kilowatt-hour battery pack delivers around 30 miles of range on the European cycle. It's likely the new crossover concept uses a similar setup, though Audi hasn't provided any specific details.

The concept features a compact body with high ground clearance, a two-door layout and a shooting brake body style. It's clearly identifiable as an Audi though thanks to the large front grille and understated lines. Large 19-inch wheels imply an urban character slightly at odds with the aluminum skid plates under the front and rear bumpers.

Audi notes that some details on the concept are typical of e-tron models--such as the distinct horizontal ribs in the grille and side air inlets. Other cues are common to Audi's Q-badged models, such as those underbody protection plates and thick black wheel arch trims.

The German automaker recently announced another crossover is to join its range, the compact Q1.

This model is confirmed to sit on the MQB platform underpinning the new Audi A3--making a plug-in hybrid model possible there too, should Audi see fit. It's likely some styling features from the Detroit concept will find their way onto the new model, due in 2016.