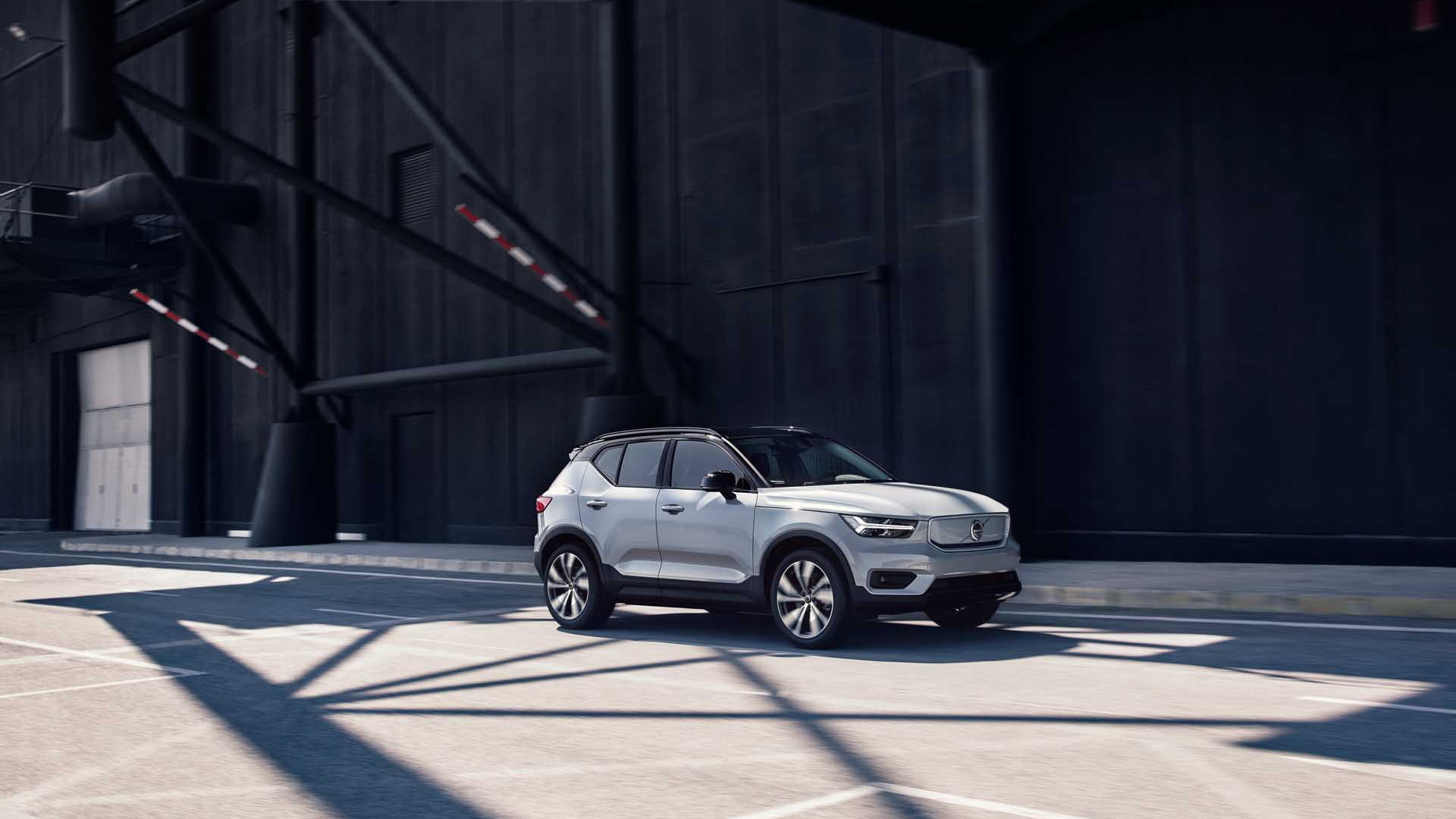 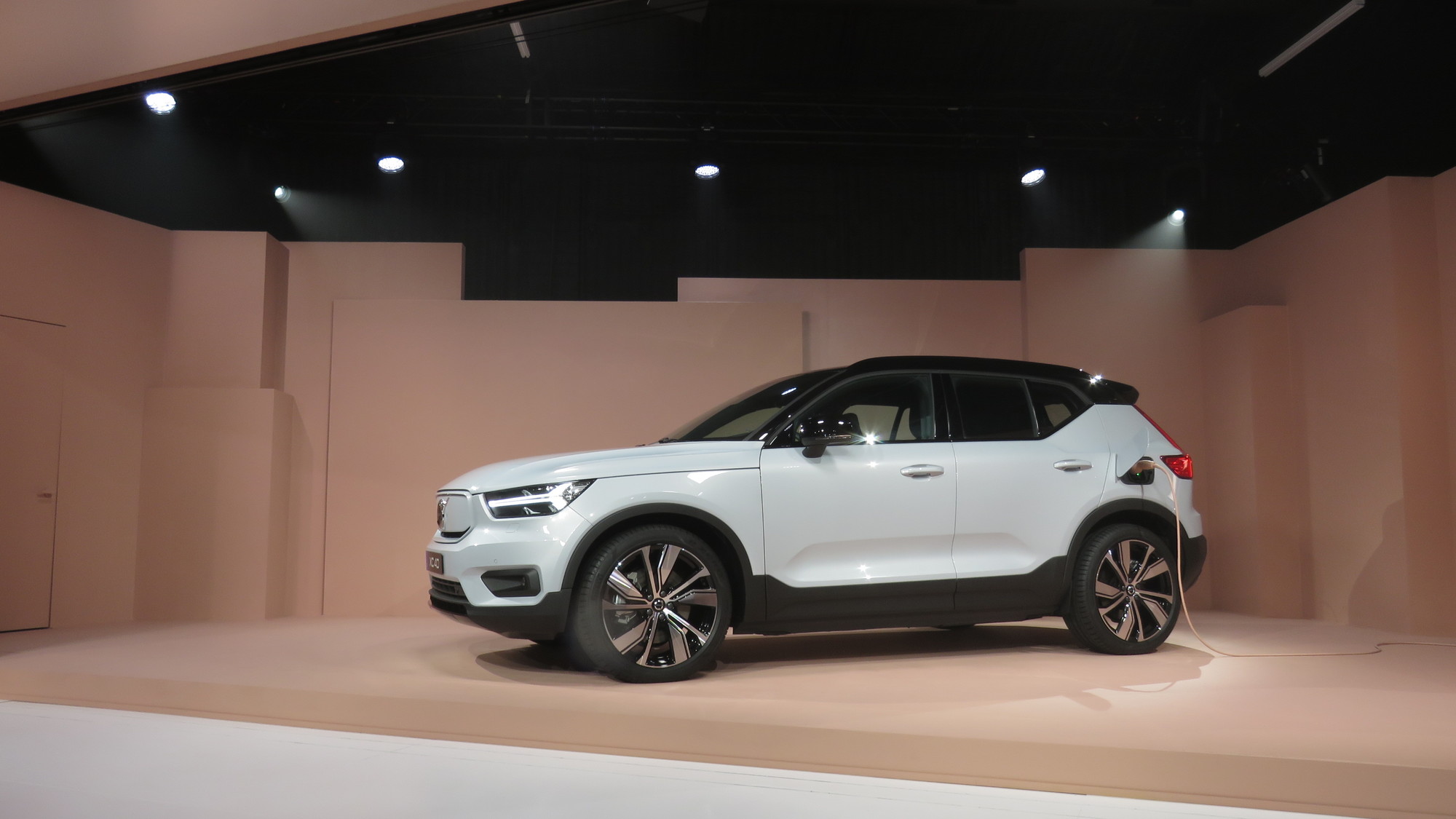 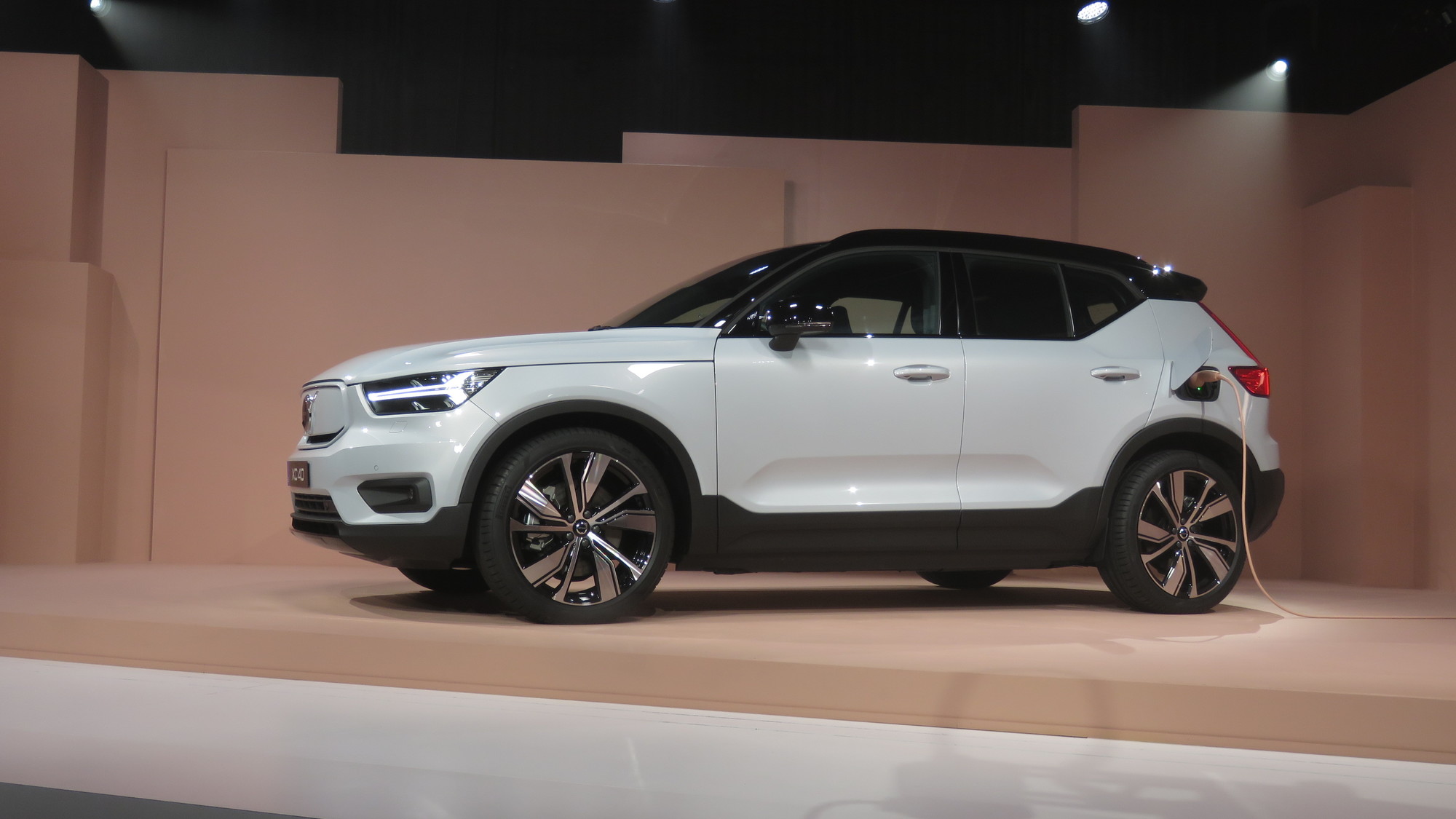 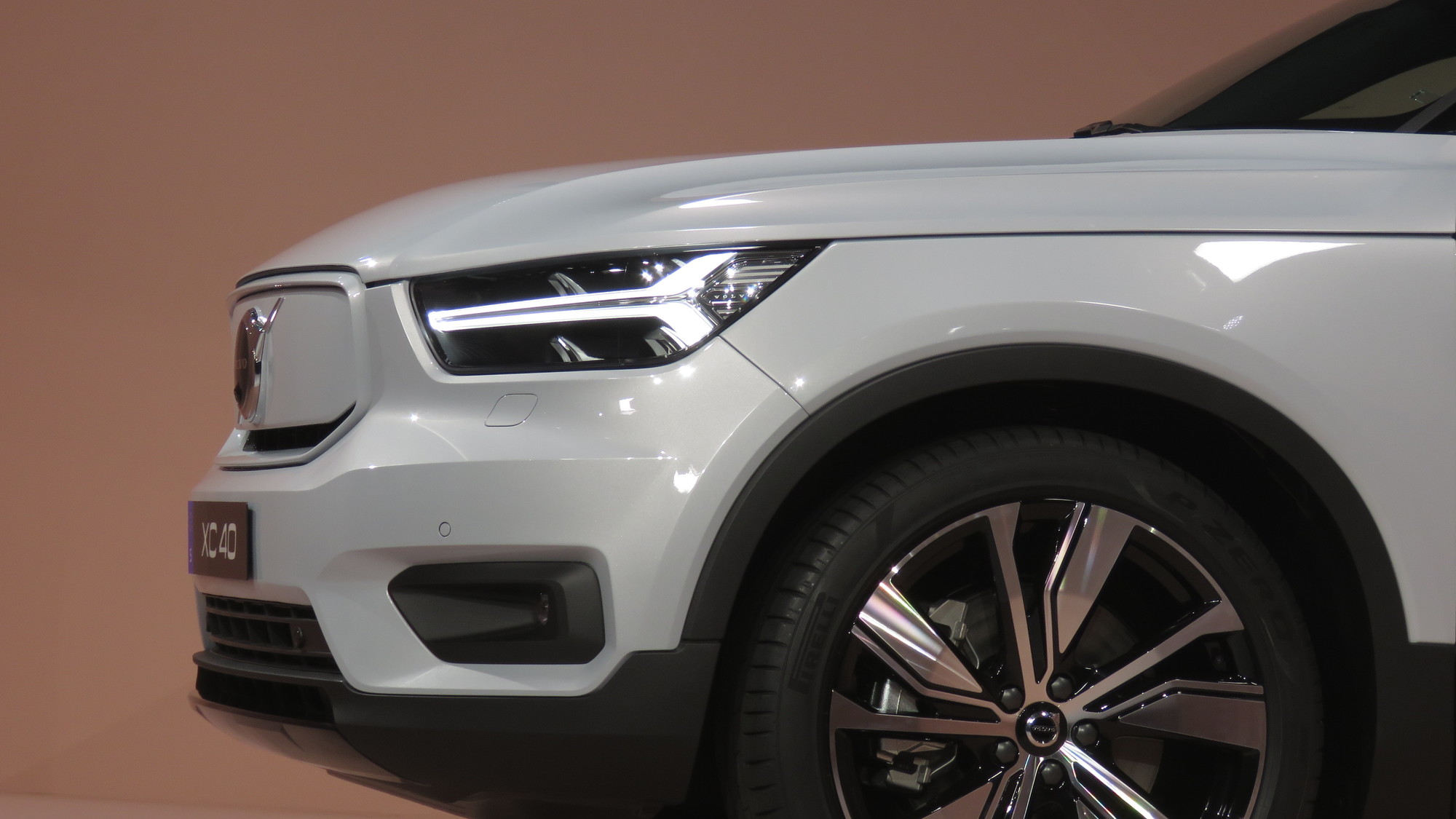 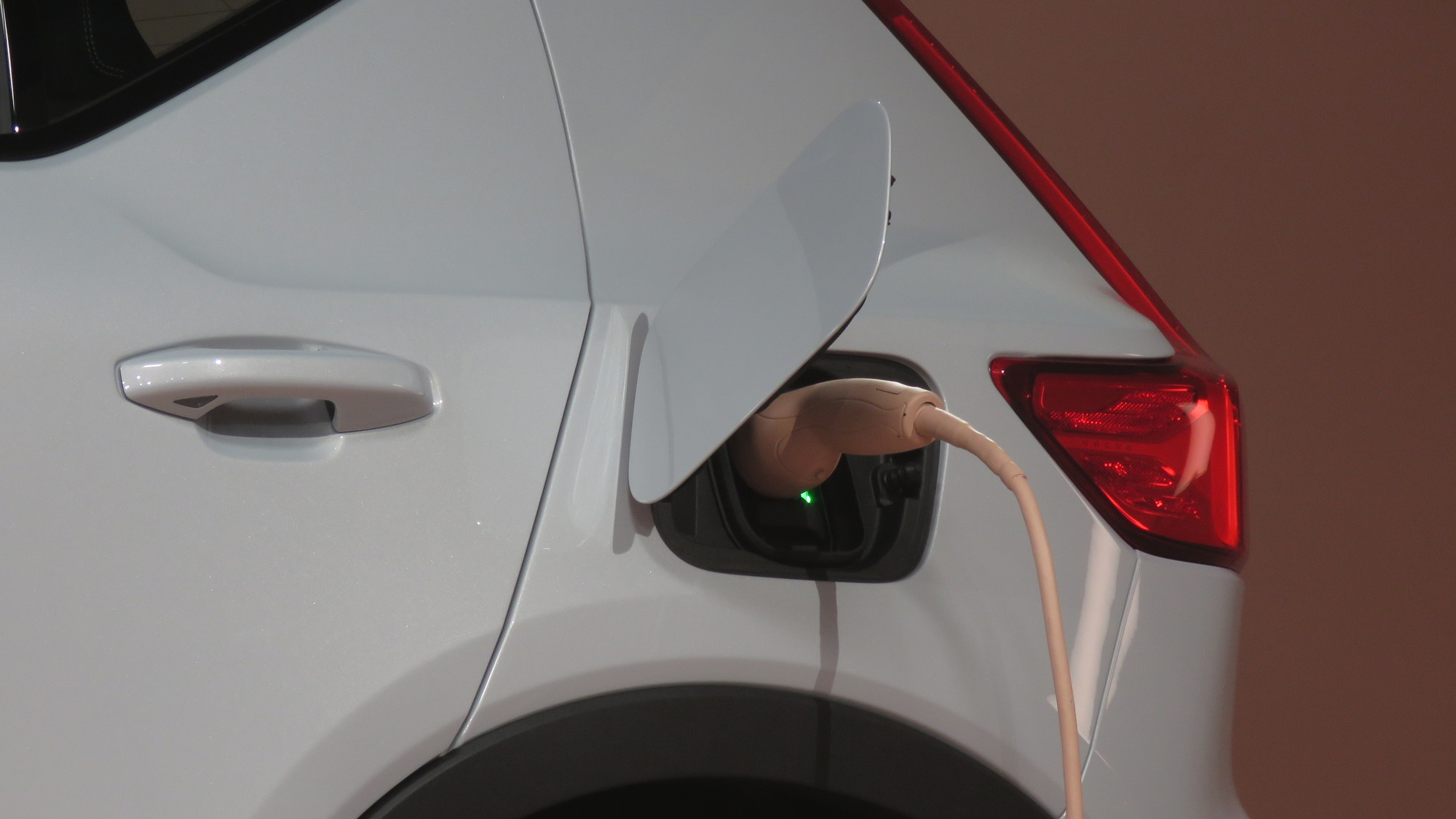 The reveal of the 2021 Volvo XC40 Recharge on Wednesday did more than mark the introduction of Volvo’s first electric vehicle in its history; it at last served to show how close Volvo and Polestar might coexist at their closest points.

The Polestar 2 and XC40 Recharge are both built on the compact modular architecture (CMA) platform jointly developed by Volvo and its parent, Geely. They both have identically configured 78-kwh battery packs and dual 150-kw electric motors. They were both developed by some of the same engineering teams in Sweden. And both were designed by Thomas Ingenlath.

Globally, post-launch pricing could level out to the same range, roughly—and they both mark the debut of an Android-based interface and full over-the-air updates.

On the other hand, though, they’re obviously different body styles (a rakish crossover vs. a stylishly chunky sedan), and intended to be sold at different facilities. Polestar is more openly angling for would-be Tesla Model 3 customers, while the Volvo Recharge is aiming to keep Volvo owners in the fold. And Polestar has even gone so far as to register (for VINs and all else) as a separate automaker in the U.S.—a move that qualifies them for separate 200,000-vehicle allocations for the federal EV tax credit.

Just after the rollout in Los Angeles, Green Car Reports interviewed Henrik Green, the chief technology officer for the Volvo Car Group, and its head of research and development operations, about what some of those similarities and differences might be.

“It’s basically my engineering team that does the majority of the work between the Polestar 2 and the XC40 pure electric,” he said of the similarities. “When it comes to battery technology, efficiency, current that we draw, power, etc., these are completely identical—the same team has tuned them both.”

Green continued on to underscore the differences: “The main distinction between the Polestar and the Volvo would come for instance in chassis tuning and brake tuning.”

According to Green, the Polestar will have a “more dynamic, sporty experience,” while the Volvo “is done in a Volvo way, which will be safe and comfortable, with a fair amount of dynamics, but not what the Polestar is doing.”

The R&D leader said that Volvo engineers “spent quite some time” considering how to calibrate its brake regeneration. And they ended up conceding that although “sailing” might boost efficiency a slight bit for more drivers, much of it comes down to driving style, not how much regen is tuned in.

Both models are expected to offer three regenerative braking modes: something close to one-pedal driving, with a very aggressive recuperation setting that won’t require you to move your foot over to the brake pedal as often. There will likely be two other settings: one that “rolls” but has some brake regen, and another that that “sails” with no recuperation as you lift off the accelerator.

In the Polestar 2 you can turn off creep mode (whether the car moved slowly ahead when you lift the brake pedal); but Volvo didn’t seem to think that would be an option on the XC40 Recharge.

Coming back to battery and configuration, that’s really where the Polestar and Volvo vehicles could end up differing the most under their skin. Although it’s unlikely that the Polestar 2 will offer less than its 78 kwh, Green admitted that “further down the line we will see less powerful alternatives with potentially shorter range coming” in the Volvo—and potentially, he said, in a single-motor two-wheel-drive configuration.

CMA is primarily a front-wheel-drive architecture, but it has the option to go either front- or rear-wheel drive with single-motor versions. When asked whether such a version of the Recharge would be rear- or front-wheel drive, Green laughed, paused, and then said: “You will have to see.”

If Volvo decides to go front-wheel drive with its own EVs but rear-wheel drive with Polestar EVs, that could very well signal the greatest difference—in price, and in all else—between the two.