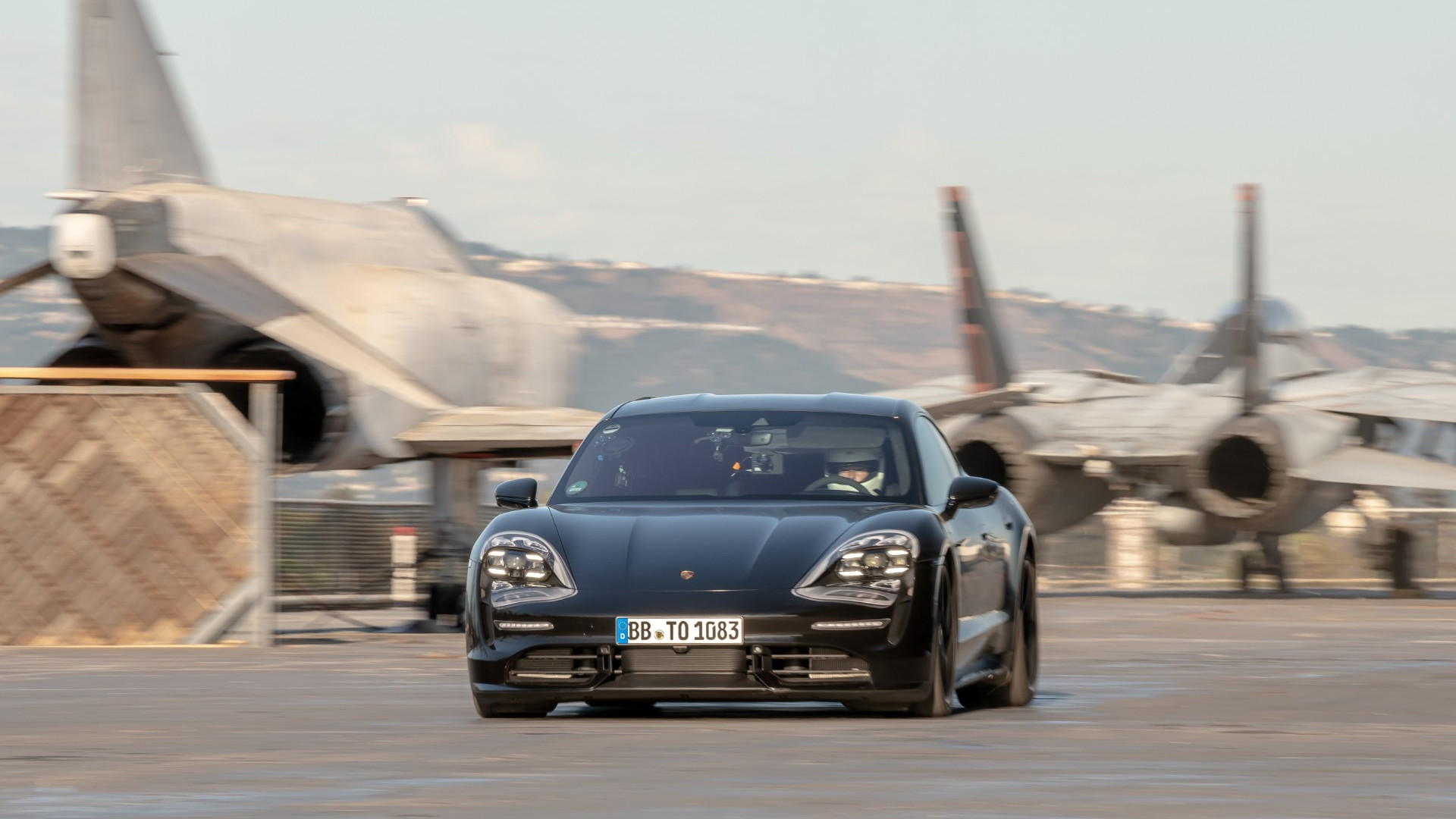 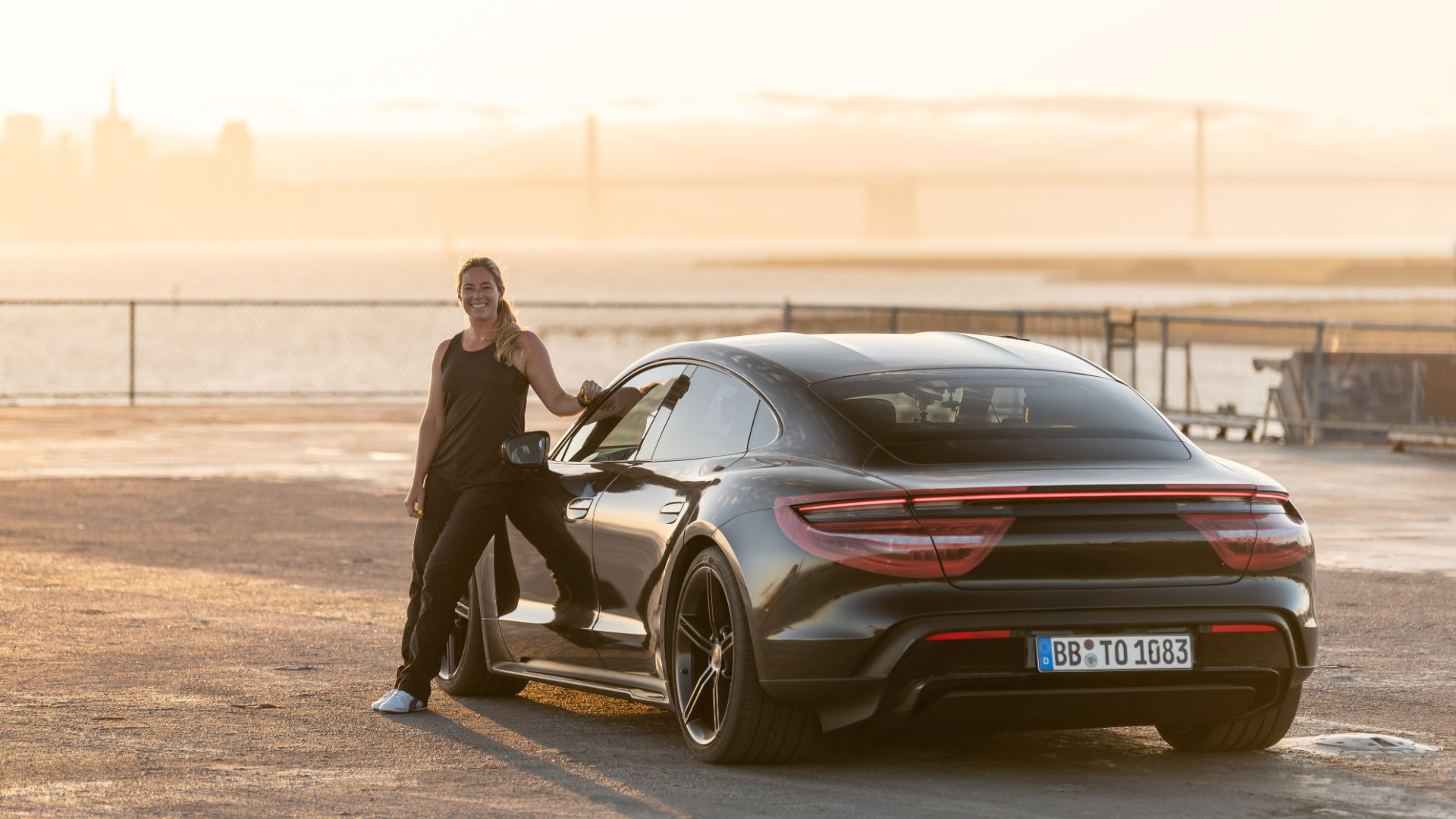 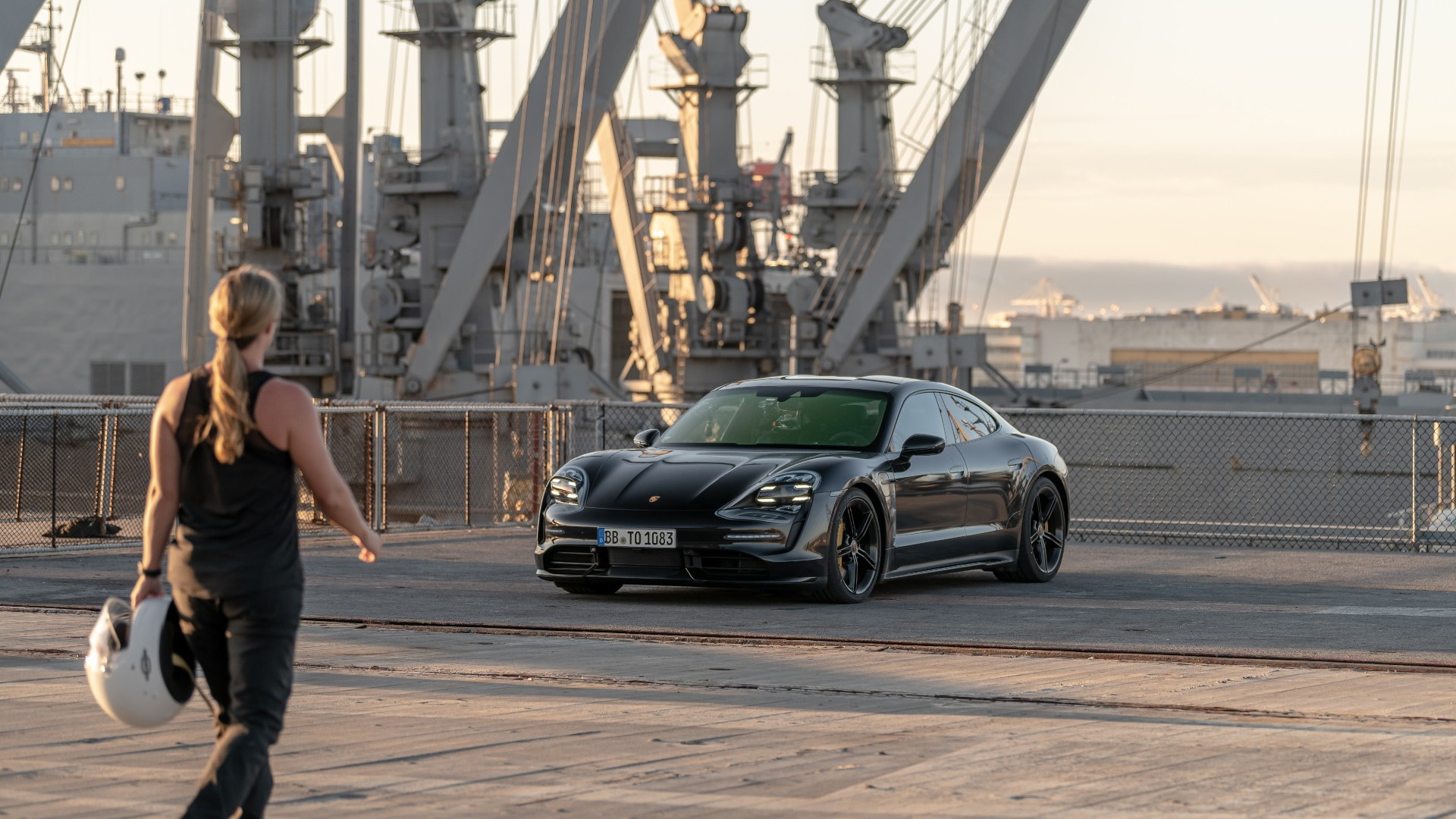 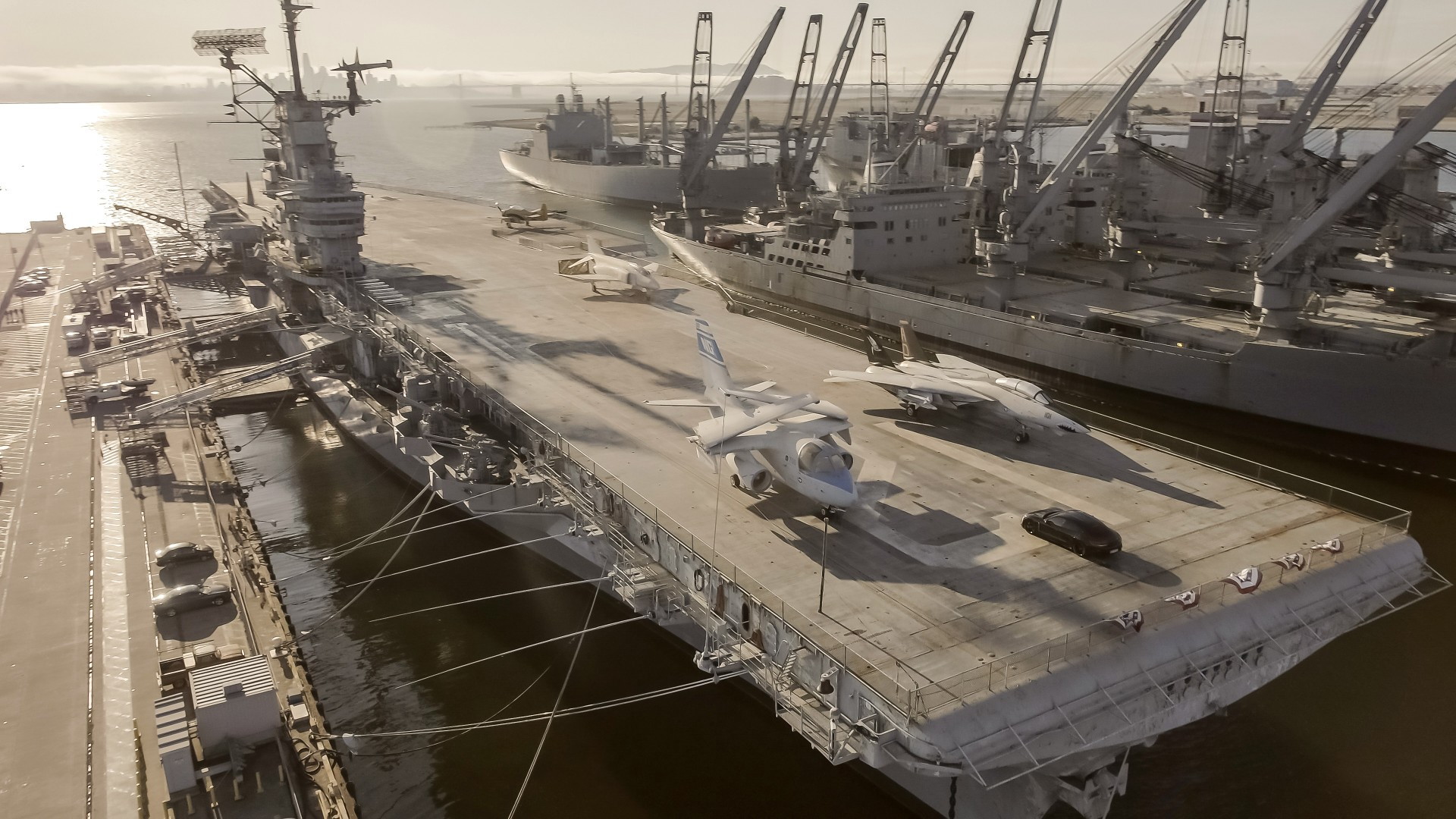 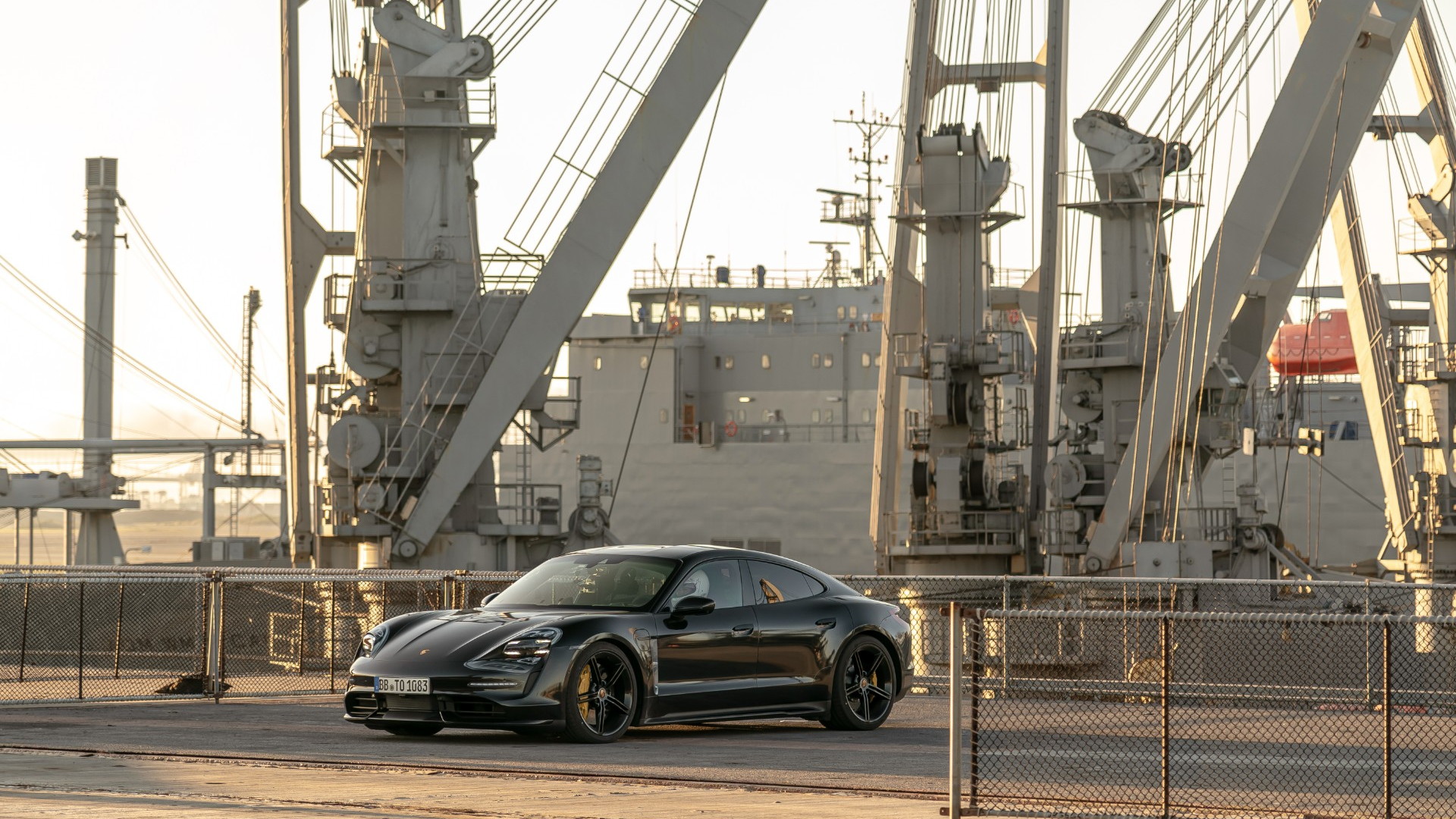 15
photos
Fast charging, fast acceleration, the handling of a true sports car, and a premium interior. That sums up part of what Porsche has been aiming to prove with its Taycan, which is due for a full reveal Wednesday, September 4.

Ahead of that, Porsche has already boasted of the Taycan’s 24-hour run, covering 2,100 miles, and a recent lap record at Germany’s Nürburgring. And it apparently couldn’t resist one more tease of how capable the Taycan is at simply launching, accelerating, and braking, and so it’s pulled off quite the stunt. Piloted by racer Shea Holbrook, a Taycan blasted from zero past 90 mph and hauled back down to a stop—on the deck of an aircraft carrier..

Porsche made the runs in Tesla’s backyard—in Alameda, California—on the USS Hornet, a Navy aircraft carrier involved in several later World War battles against Japanese forces, and later served as a search-and-rescue ship supporting the Navy and Marine forces in Vietnam.

Just prior to its final decommissioning in 1970, the ship itself was the one used to recover astronauts from the Apollo 11 and Apollo 12 moon missions, and it now houses a sea, air, and space museum.

The flight deck of the air carrier is just 869 feet long—that’s not quite two-thirds of a drag-strip quarter-mile run, to mash up some fractions. The aircraft carrier’s surface is also quite bumpy, as described by Holbrook, so it’s also a testament to the Taycan’s stability systems and launch control.

How will the Taycan compare on smooth pavement, or the racetrack, with gasoline models, or with the Tesla Model S Performance? We can’t wait to see the new wave of excitement over electric cars that the Taycan is bound to bring.