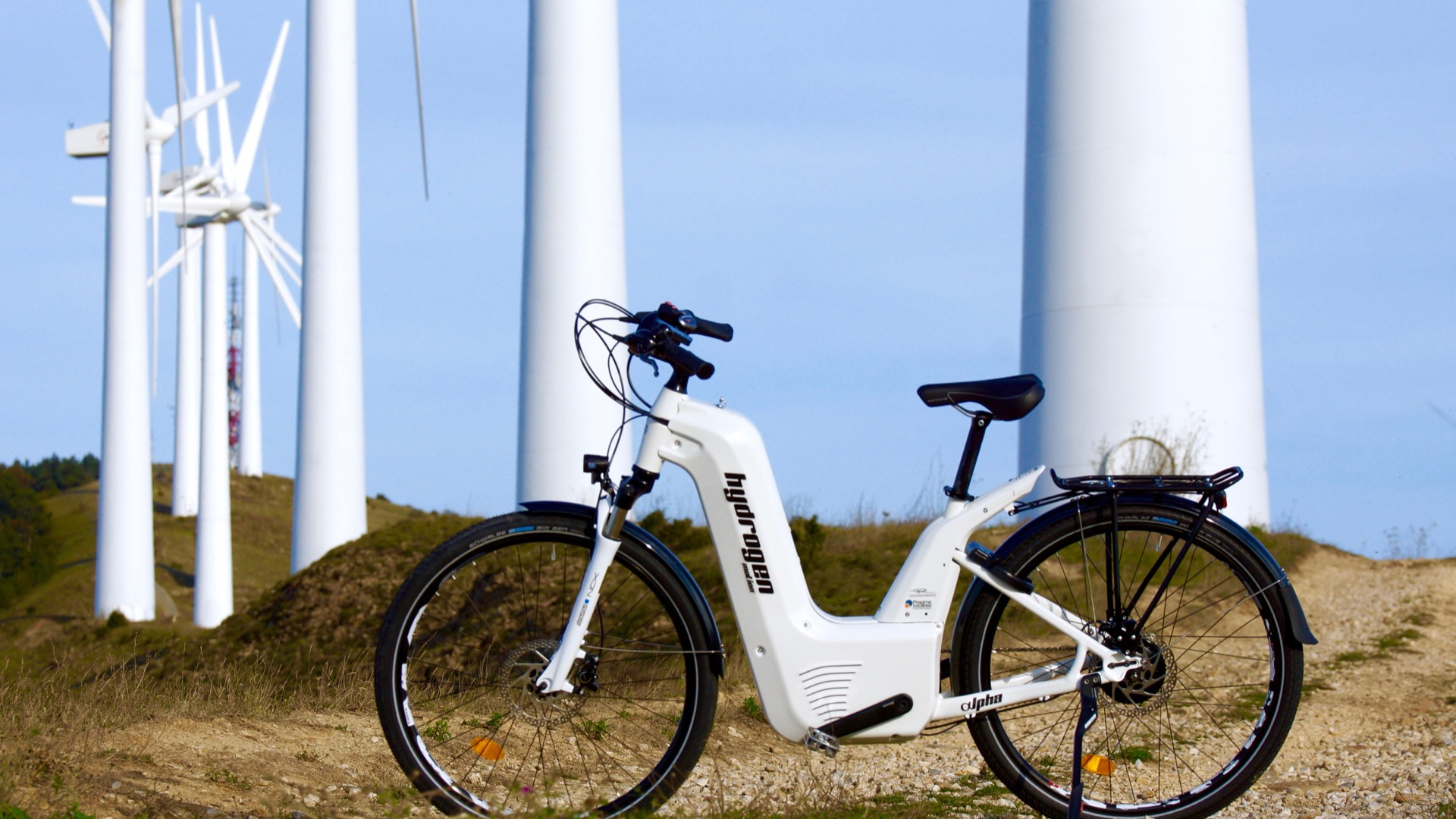 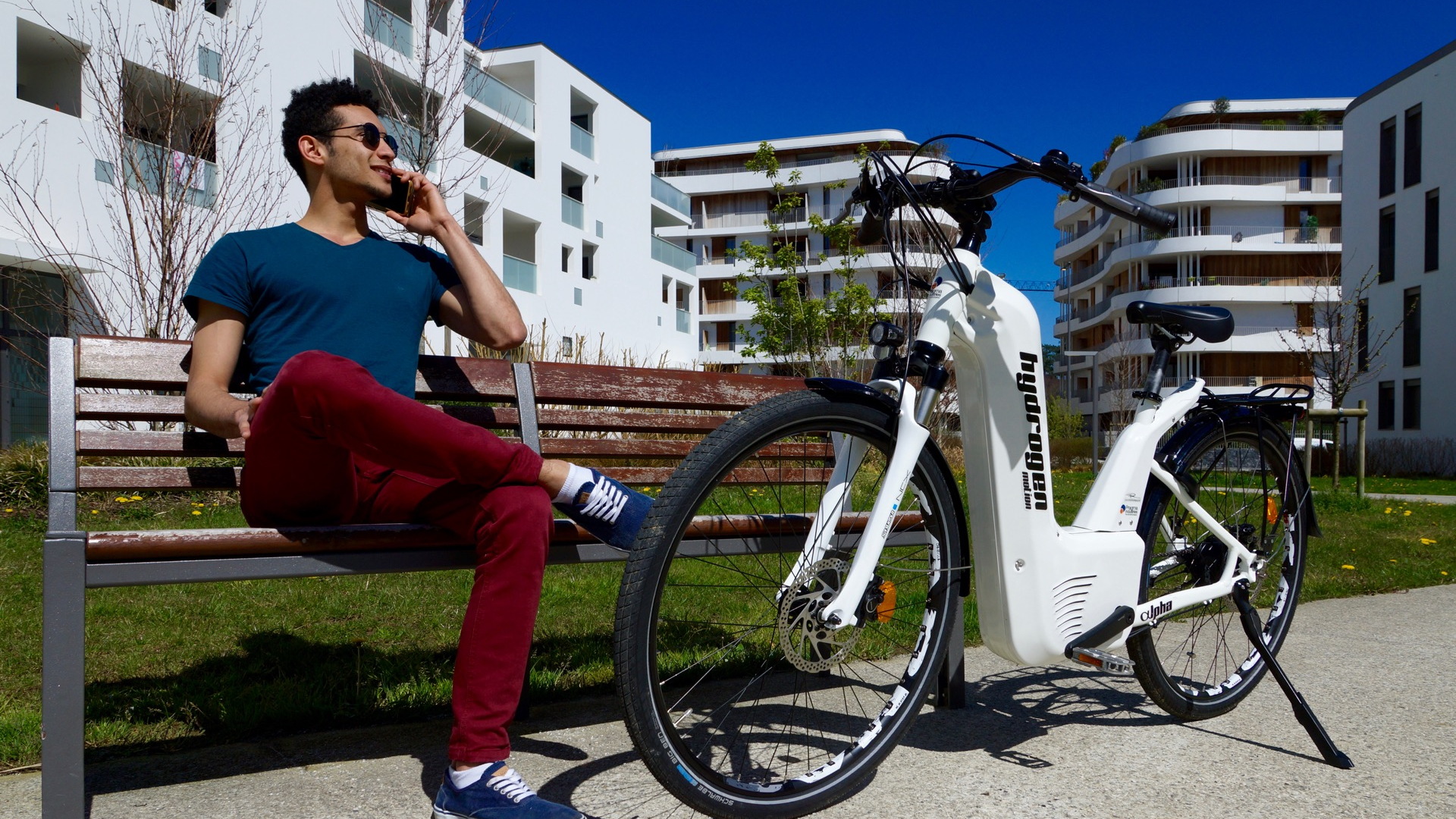 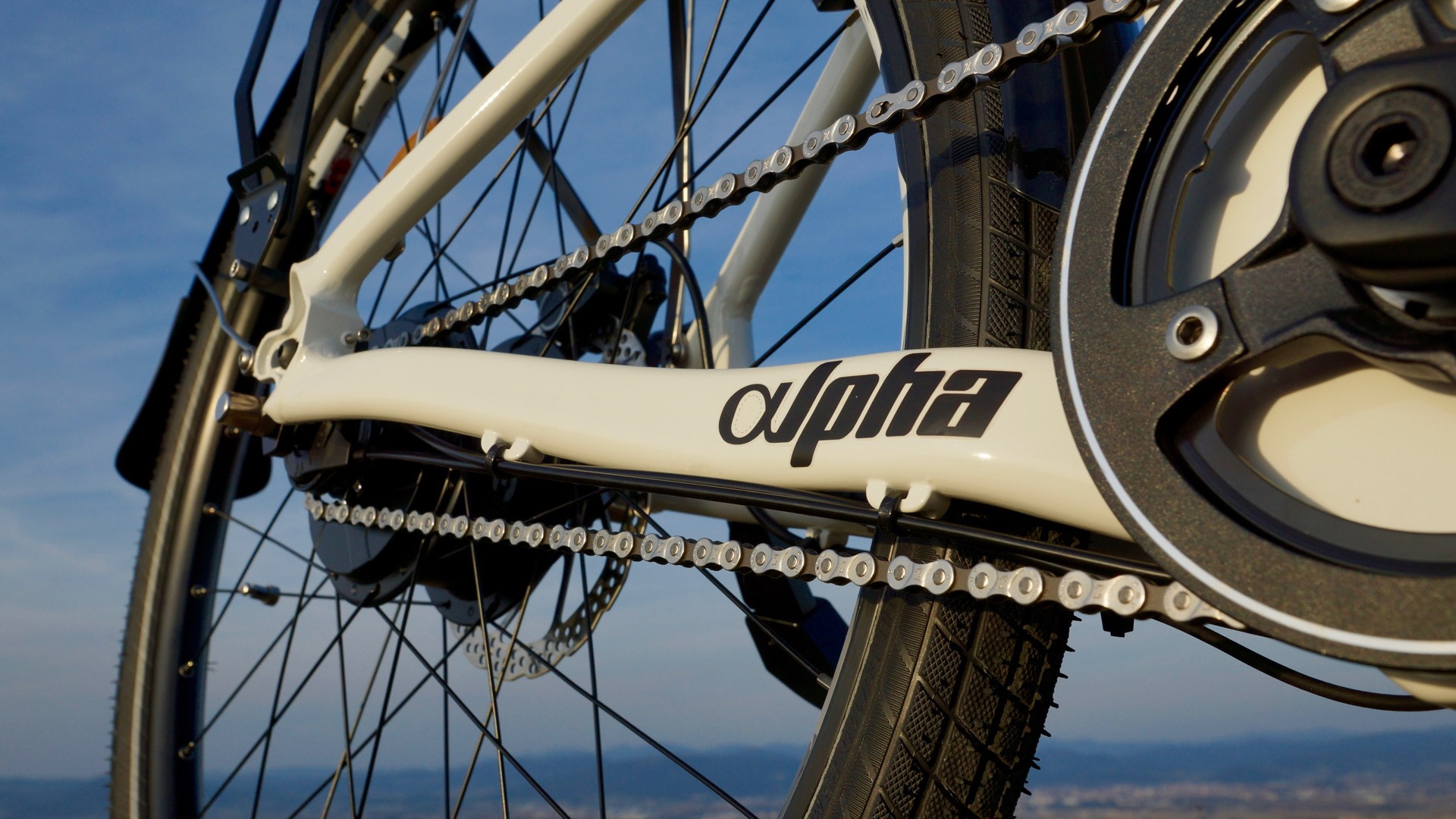 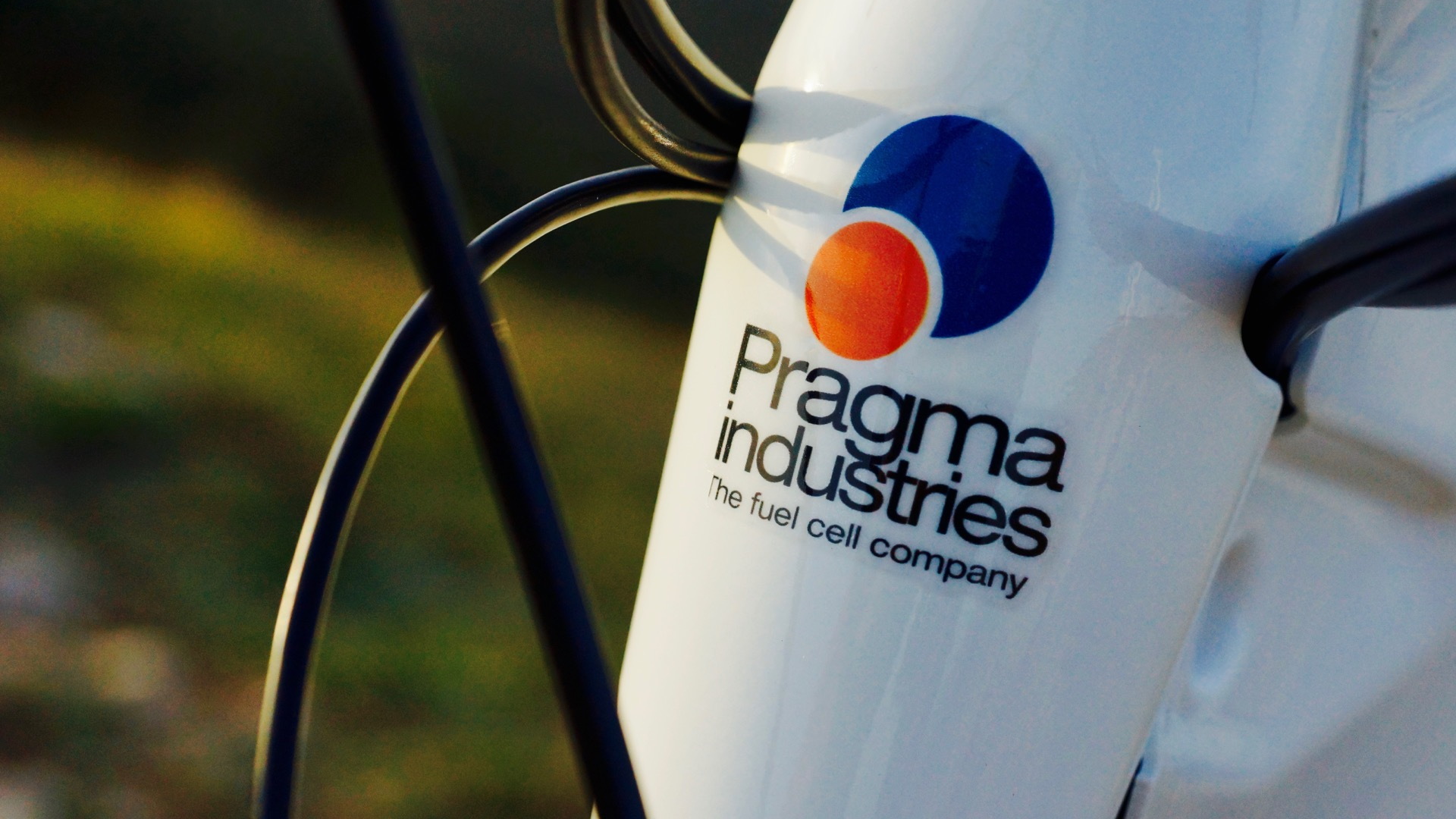 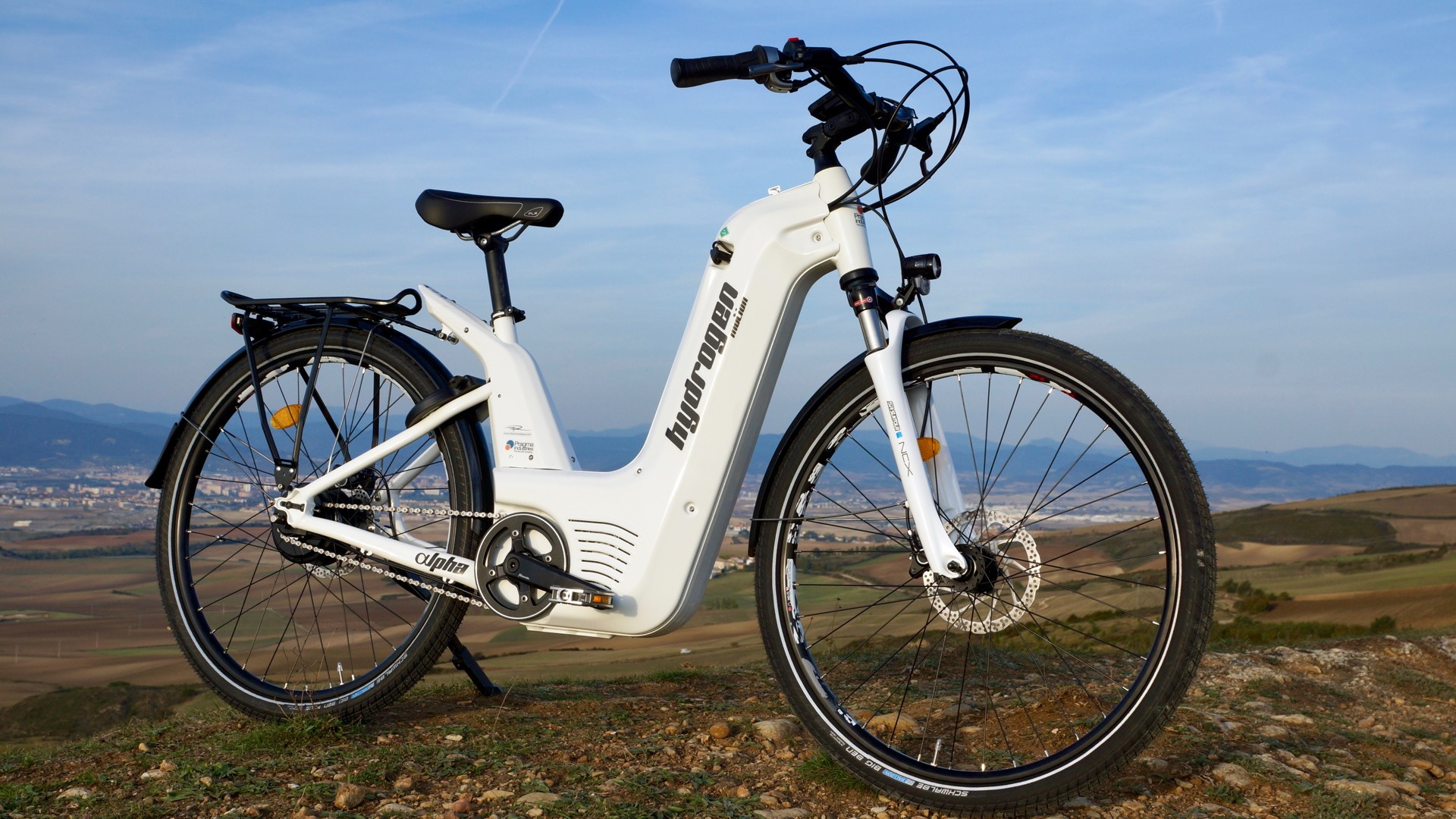 Before the Toyota Mirai, the Honda Clarity Fuel Cell, and the Hyundai Nexo faced off with the current crop of electric cars, there was a hydrogen fuel-cell e-bike—the Alpha, which also demonstrated that with hydrogen it could go farther than battery-boosted e-bikes.

Now France’s Pragma Industries has introduced Alpha2.0, a new version of the bike that’s good for 93 miles of electric-assisted range on a single charge—versus a typical range of 30 miles for e-bikes with only a lithium-ion battery.

Pragma claims that it’s the only e-bike with a range meter that can indicate the remaining riding range with an accuracy within 0.6 miles (1 km). It also emphasizes that the system provides consistent range and performance regardless of weather conditions. So when it’s extremely cold outside, for instance, the assisted range won’t plummet. 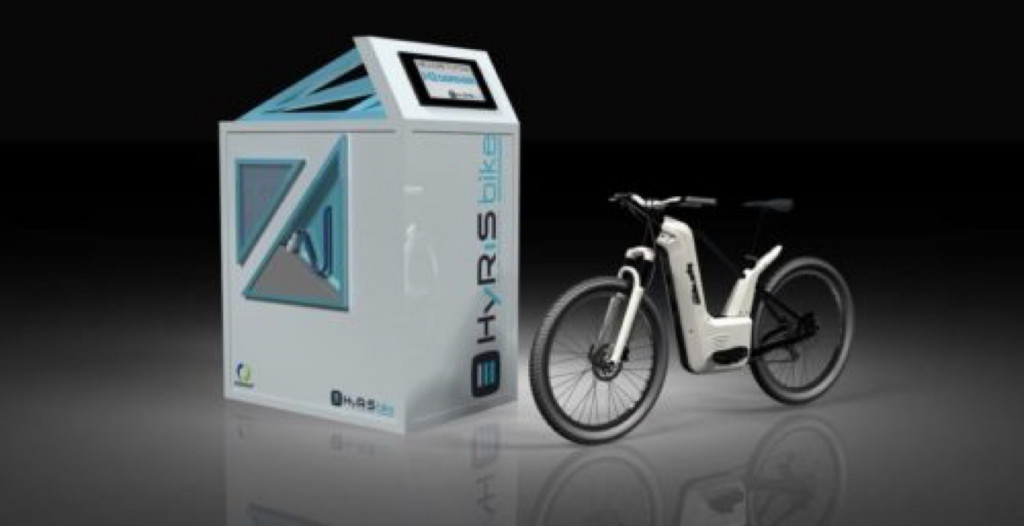 Its tank holds 2.0 liters of hydrogen gas, stored at 300 bar versus the previous 200 bar (the key to the higher energy on board), and it fills in just two minutes. Pragma has partnered with Ergosup, a hydrogen conversion company (see the video below), to make available the HyRis, a compact hydrogen fueling station.

The upgraded bike will be formally introduced with a lot of 200 headed to the G7 summit August 24. 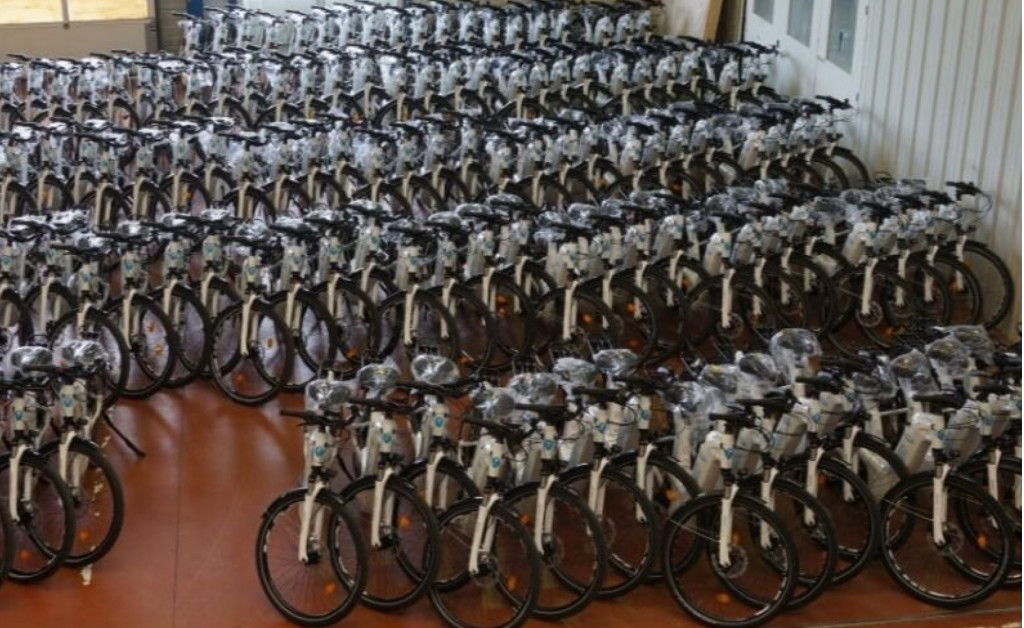 While both Toyota and Hyundai have aims to scale up their fuel-cell systems beyond passenger vehicles, to commercial vehicles and industrial use, Pragma argues for scaling down, and says that the bike is good for fleet-duty situations such as for corporate staff, last-mile deliveries, tourist rentals, or bike-sharing programs.

The e-bike has one serious handicap, other than where to find hydrogen: It remains too expensive for personal use—in the vicinity of $7,500 for the bike, with the compact refueling station costing many times that. Perhaps, just as with those fuel-cell cars, there’s a good model for subsidized leasing.