Mercedes-Benz has begun producing the first of its EQ line of electric cars in Europe with the EQC 400 SUV.

The company has announced that it plans to build 10 new EQ electric cars by 2022, and other parts of that lineup are beginning to take shape; and officials stated very early on in the EQ project that it planned various versions that would roughly parallel its gasoline sedan and SUV models.

On Monday, British car magazine Autocar reported on some new details regarding the EQE sedan, which will have an overall length a bit shorter than an E-Class, but as much room inside as an S-Class, according to sources.

Like the Tesla Model S, it will offer all-wheel drive with a motor on each axle, with a total output more than the EQC 400, which has 402 horsepower and 564 pound-feet of torque.

Unlike the EQC, the EQE is expected to have more than 300 miles of range. Tesla has recently announced a new version of the Model S with a 370-mile EPA range rating, while the EQC Is rated at 259 miles in Europe on the relatively optimistic WLTP drive cycle.

The car will share a platform with the upcoming EQS, an electric S-Class alternative that is the only other sedan so confirmed as part of the EQ rollout. 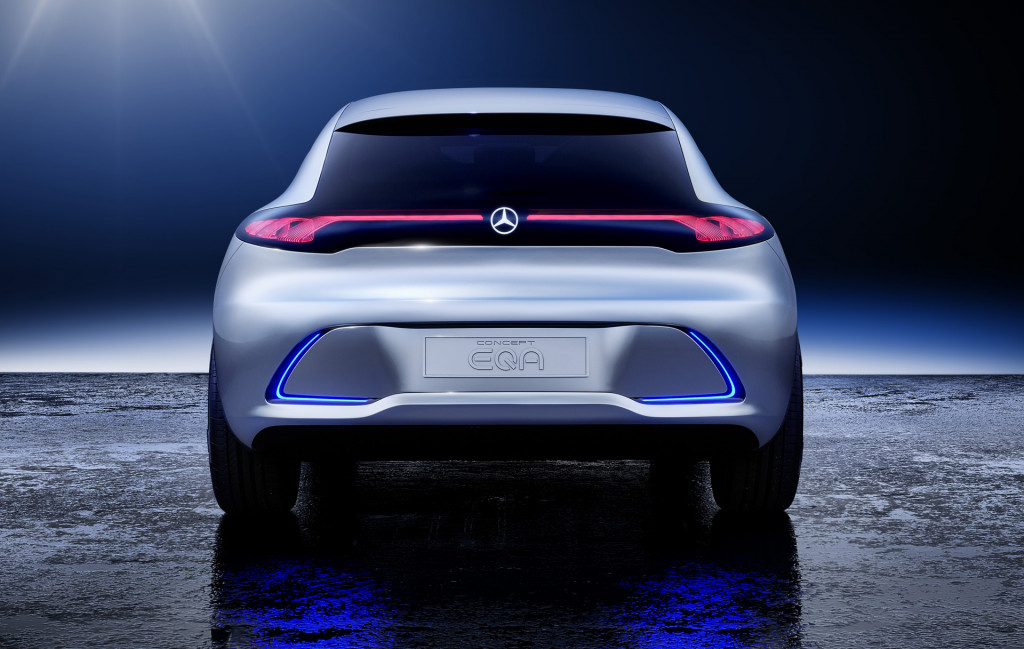 Other models planned to follow the EQC are the EQB small SUV, and, at least in Europe, the EQA small hatchback and EQV electric minivan.

Mercedes has announced plans to invest $23 billion in new lithium-ion battery supplies to power the new cars, including $230 million in a factory in Poland and $1 billion to add battery and electric-vehicle production at its U.S. factory in Alabama.