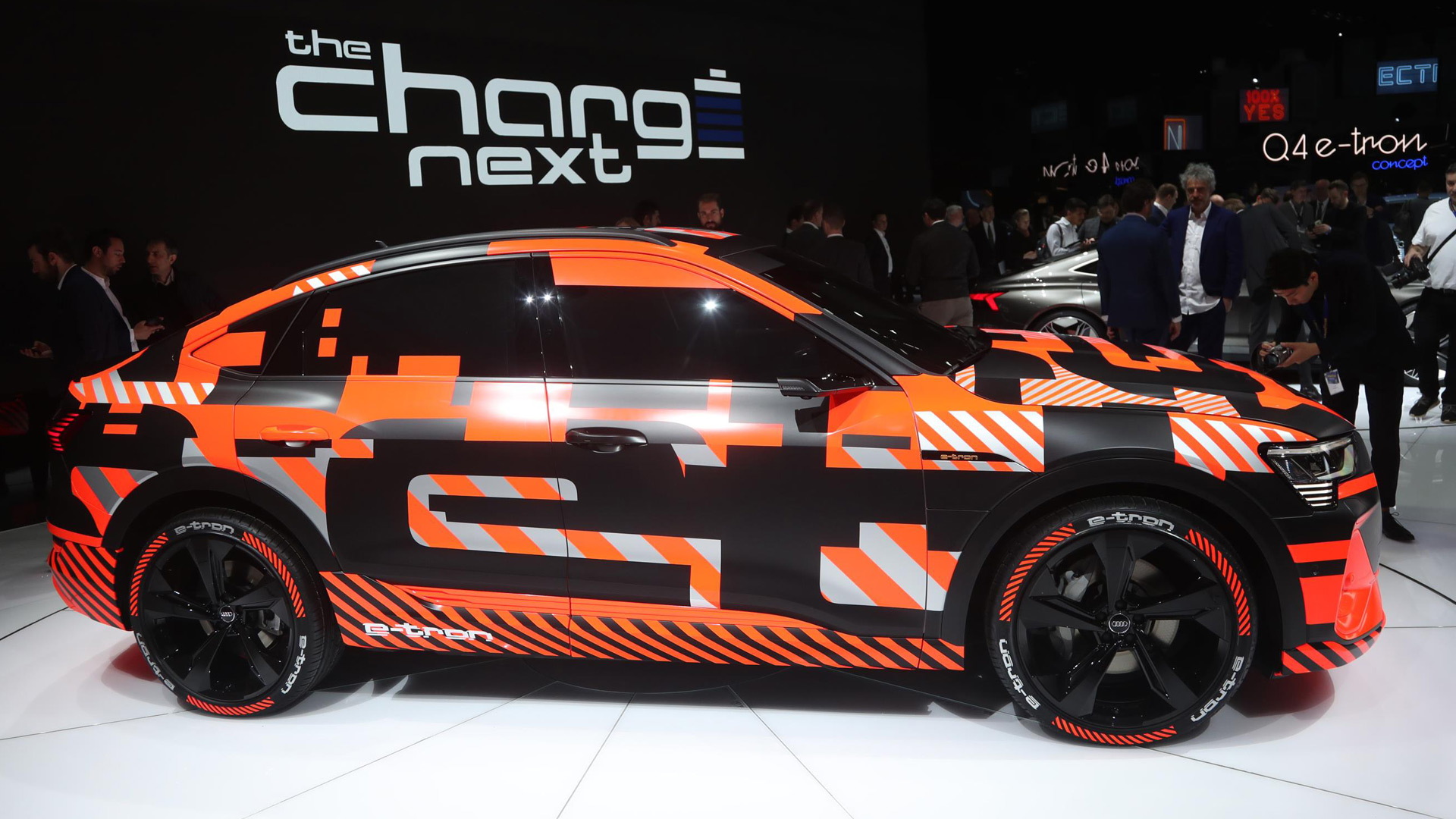 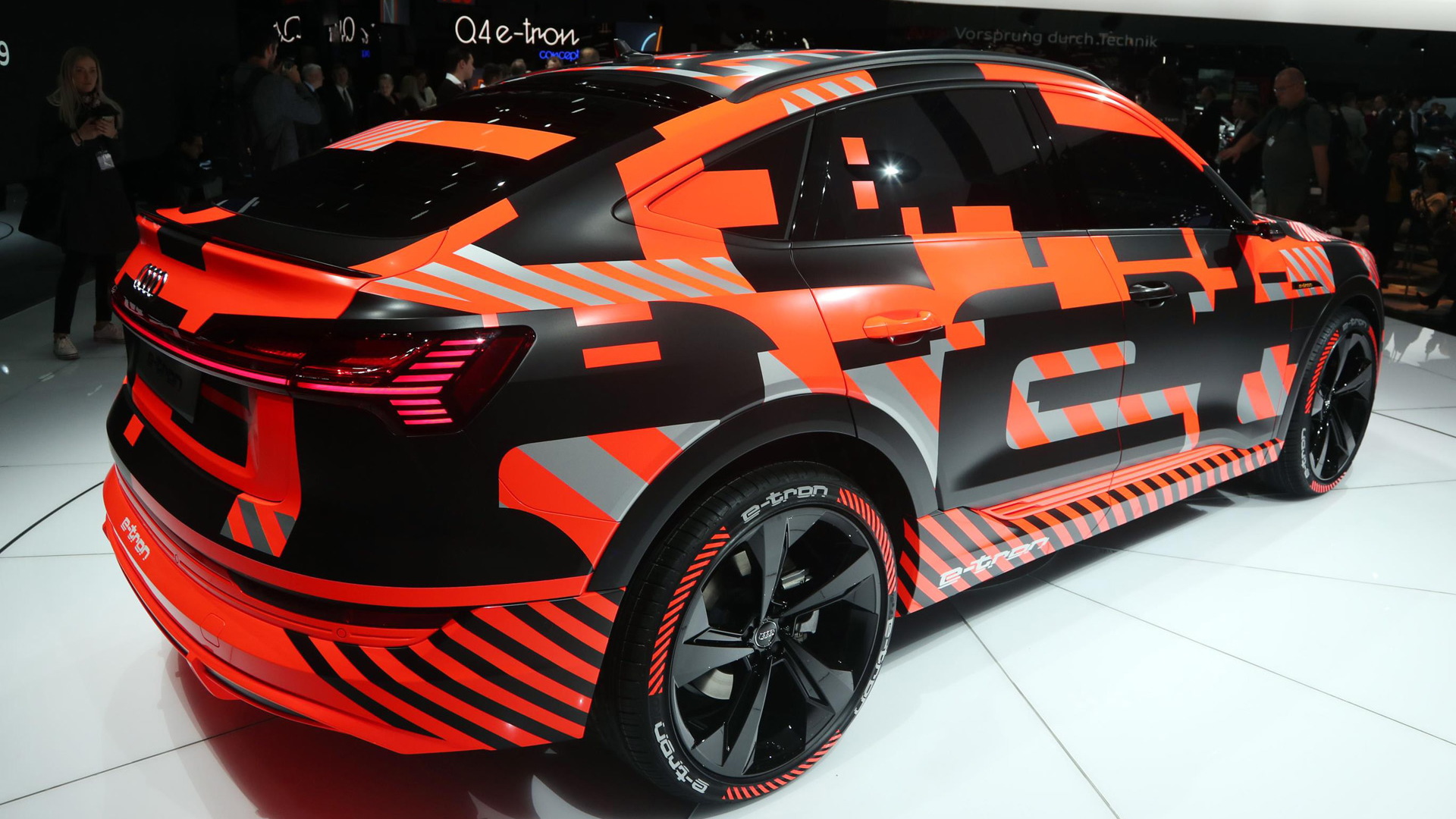 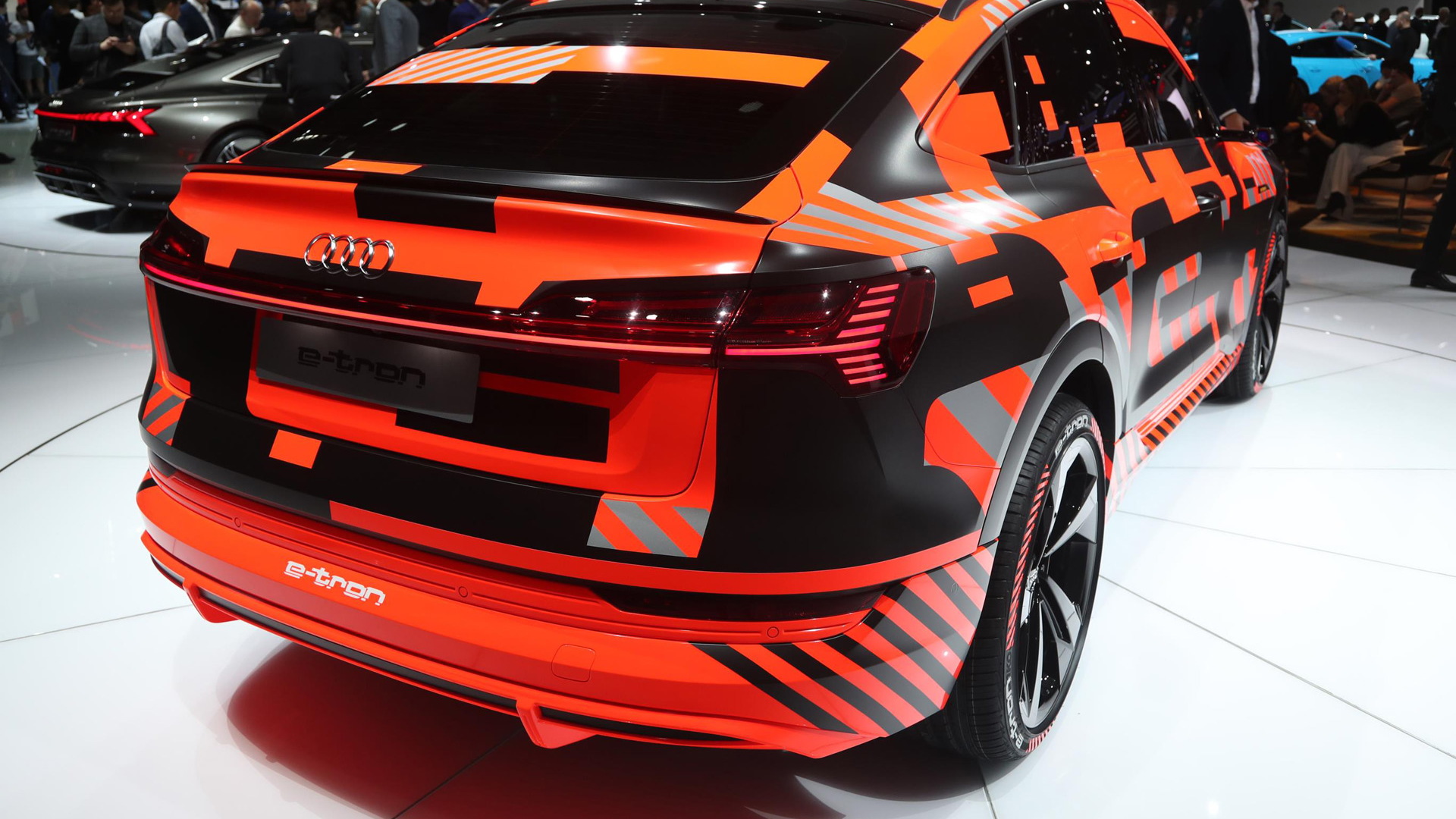 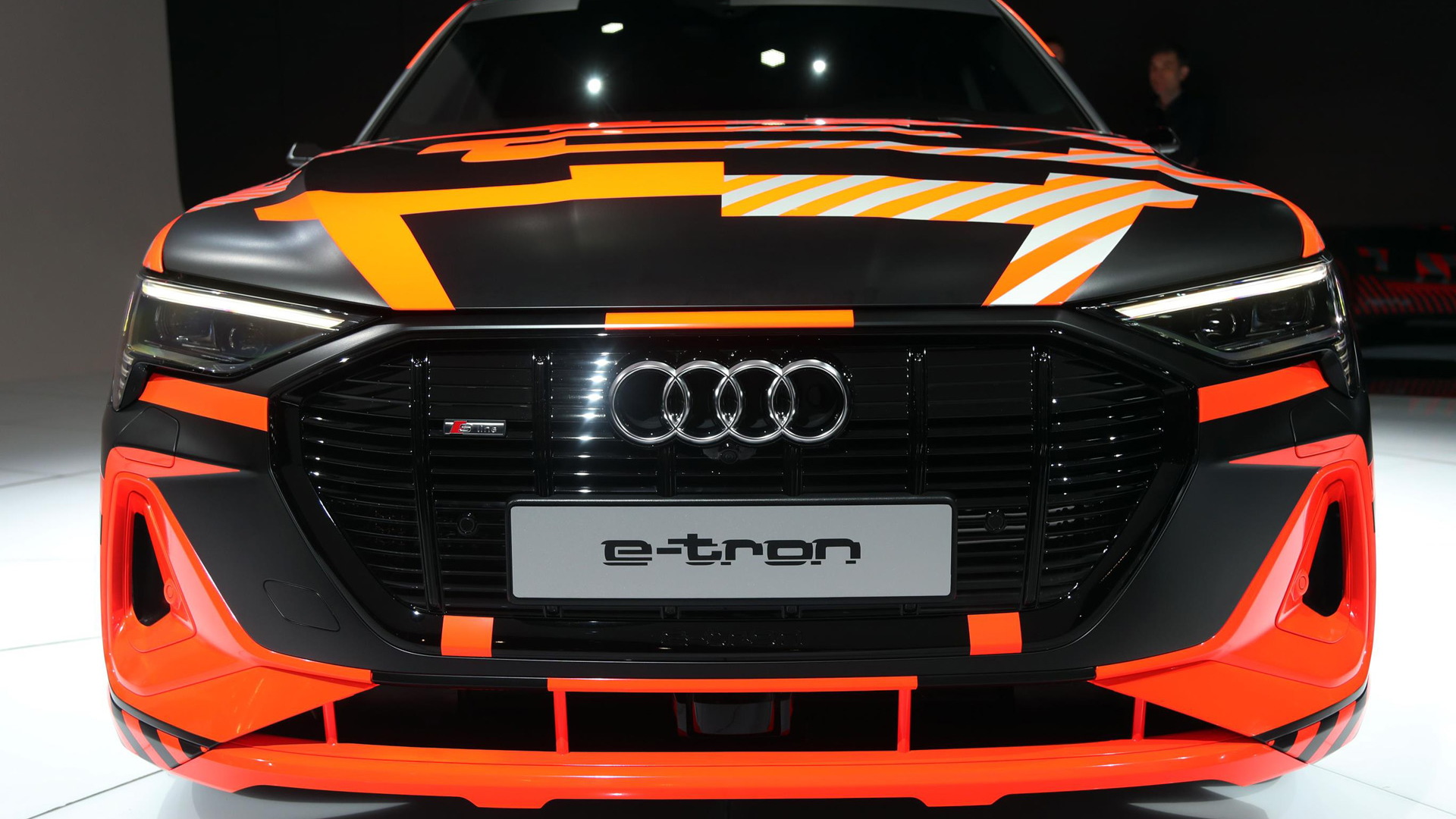 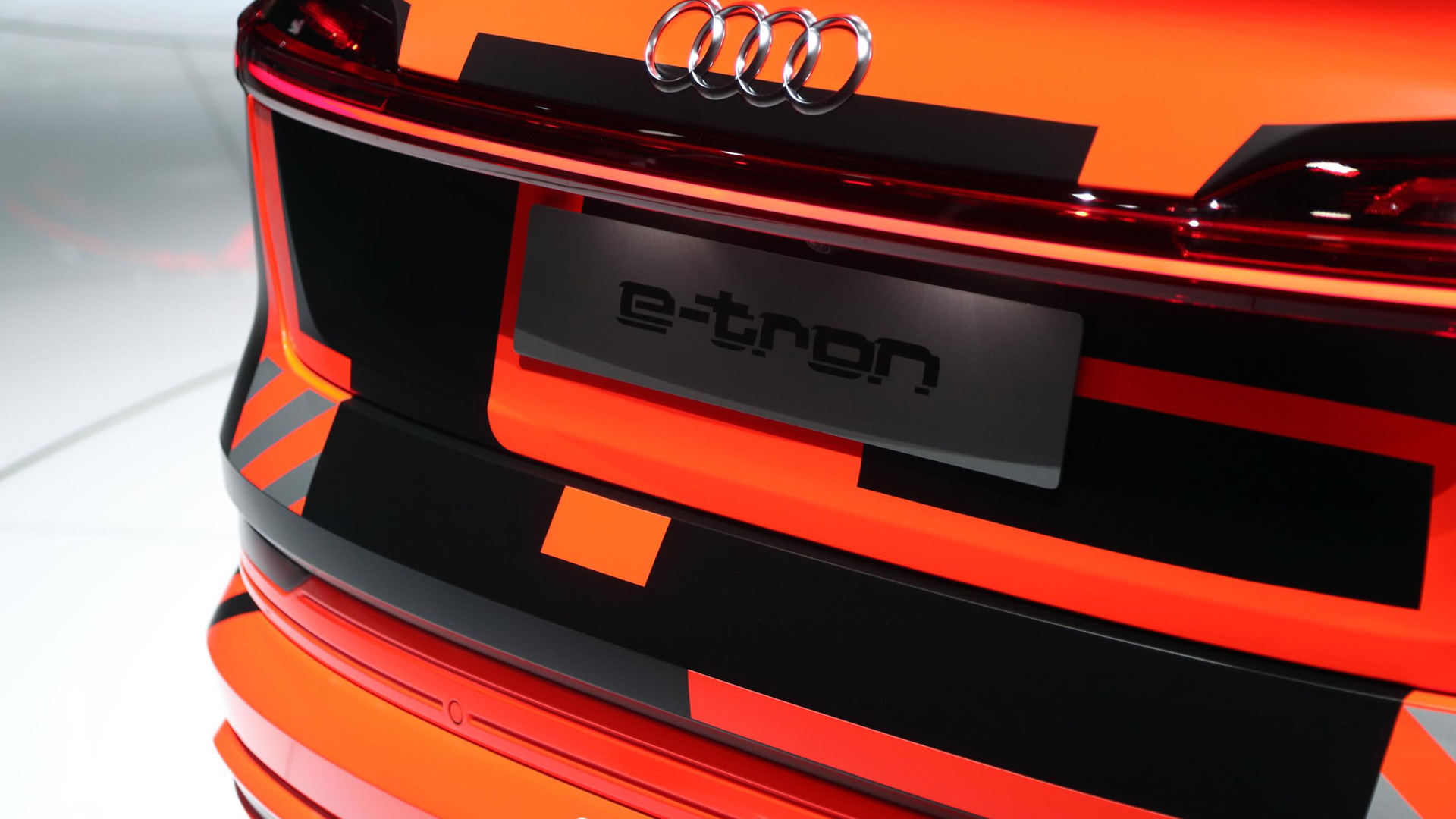 We've seen and driven the upcoming Audi e-tron quattro electric SUV, and this week got a look at the more affordable Q4 e-tron as well as four new plug-in hybrids coming from Audi.

In between, the brand is also scheduled to release a fastback version of the e-tron Quattro SUV, called the e-tron Sportback. Auto-industry observers got their first look at the car this week in Geneva, in production prototype form albeit with an orange-and-black camouflage wrap.

Like its more upright and utilitarian brother, the e-tron Sportback is expected to have a range of about 240 miles and use an electric motor on each axle to provide all-wheel drive with a total of up to 400 horsepower and 490 pound-feet of torque.

Audi has said the e-tron Sportback will be tuned for sportier driving than the standard e-tron Quattro, and has hinted that as with the SUV, a more powerful version, with a second motor at the rear, will be available later.

Like the e-tron quattro, the Sportback will offer 150-kilowatt charging capability when it arrives. In the U.S., Volkswagen affiliate Electrify America is in the process of installing the hardware needed for that on a widespread basis, as are several other major charging networks.

The e-tron Sportback is expected to be Audi's second all-electric model when it goes on sale in 2020, and will, based on what Audi has suggested up until now, start slightly higher than the e-tron quattro's $75,795.

Following the e-tron Sportback, Audi will also sell a smaller, cheaper electric SUV, the Q4 e-tron, a luxified SUV based on VW's humbler (and potentially ubiquitous) affordable MEB electric-car platform. It is also expected to go on sale next year as a 2021 model. After that, the company plans to roll out the e-tron GT, a sporty electric sedan based on the Porsche Taycan.