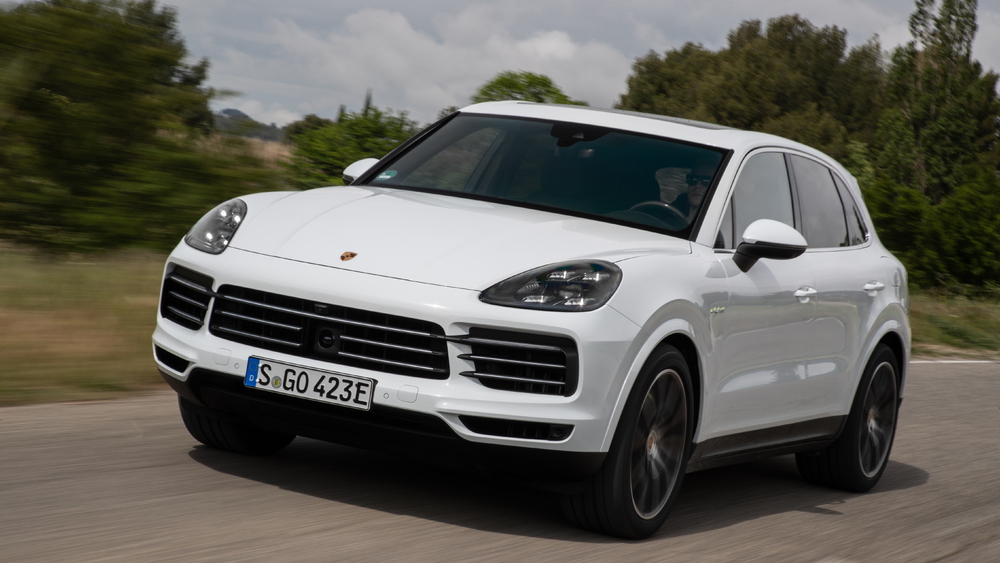 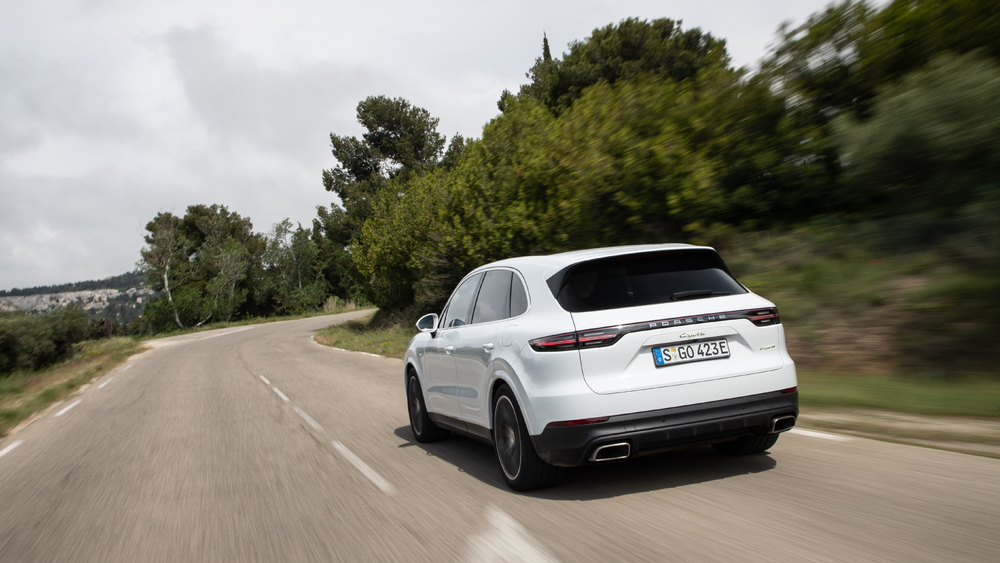 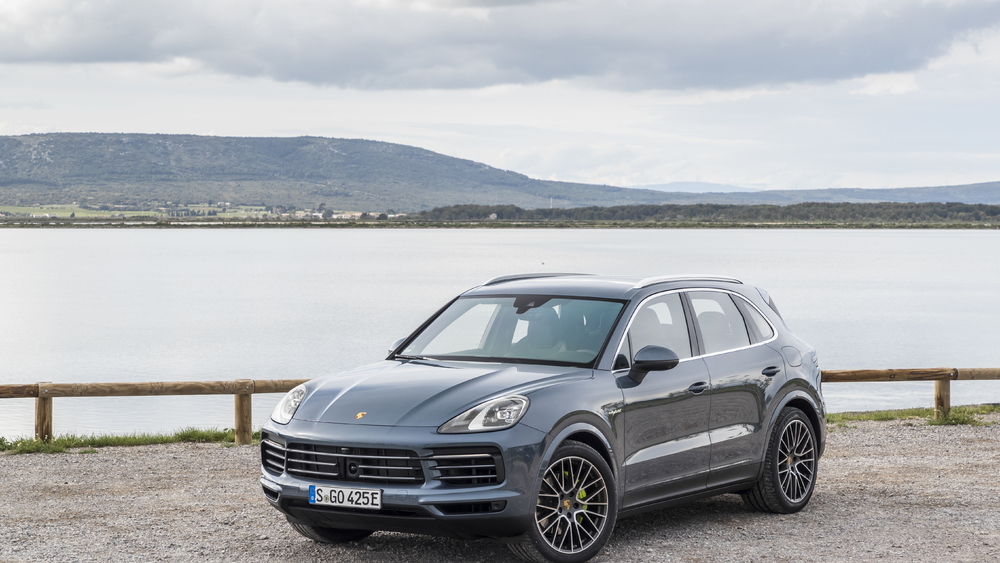 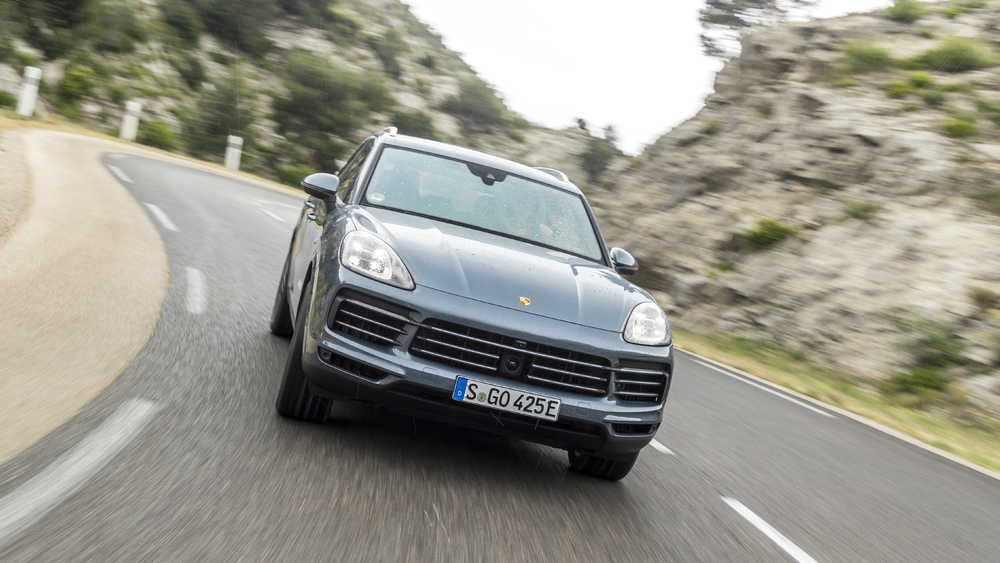 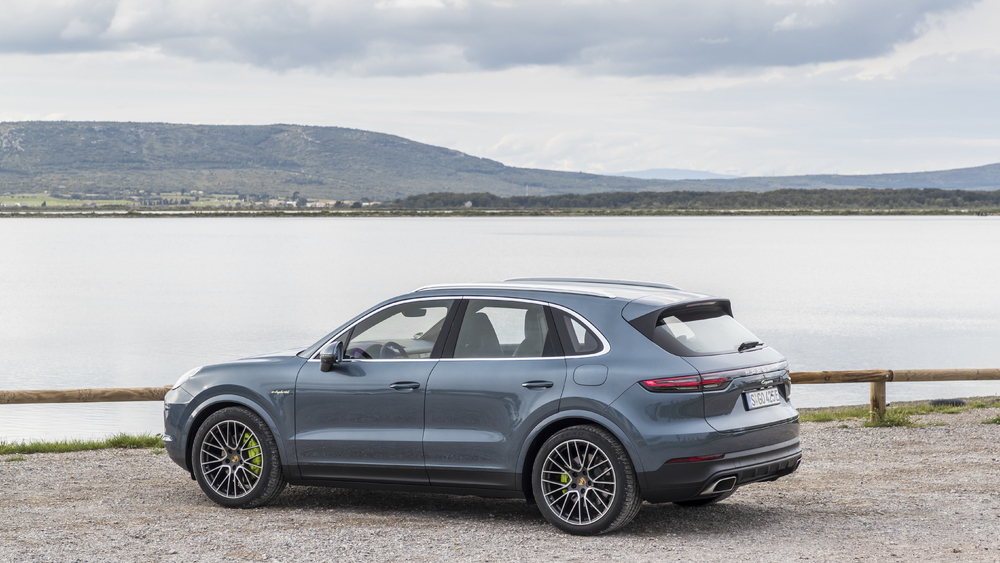 Electrified cars are all too often about numbers: electric-only range, charging time, kilowatt-hours, and, of course, value.

When it comes to an electrified luxury crossover like the 2019 Porsche Cayenne E-Hybrid, the default knee-jerk reaction is to throw out that last one.

Suddenly, electrification has hit the mainstream at Porsche—although we’re not holding our breath for a 911 hybrid just yet.

The 2019 Cayenne E-Hybrid pairs a 3.0-liter turbocharged V-6 with a 14.1-kwh lithium-ion battery that supplies an electric motor. An 8-speed automatic transmission shuttles power to all four corners. The result is exceptionally strong acceleration from any speed and the ability to conserve battery charge for up to 27 miles of electric range.

The last time Porsche hybridized its Cayenne it left us scratching our heads. The Cayenne S E-Hybrid that bowed back in 2015 featured a 10.8-kwh battery and a 95-hp electric motor. It was about $3,000 more than the gas-only Cayenne and it hardly seemed worth the extra coin—not to mention its S badge.

The latest model, as we learned on a day’s drive from the French Mediterranean coast to Provence and back, reverses that notion. It loses its S nomenclature but we’re not sure why.

The Cayenne E-Hybrid’s battery is tucked under the rear seat and it sends charge to a 134-hp electric motor. Unlike the Panamera E-Hybrid with its dual-clutch automatic, the Cayenne swaps in a slick-shifting conventional 8-speed automatic with a torque converter.

Porsche says that crossover shoppers prefer its smoother shifts and that it also helps the electrified Cayenne tug up to 7,700 pounds behind it.

Paired to the turbo-6, total system output is a substantial 455 hp and 516 pound-feet of torque, the latter of which pours on at just 1,000 rpm.

French villages come quickly on back roads and I often found myself applying the brakes. As with all hybrids, they’re regenerative, and that means they can feel a little rubbery.

At a stop, the Cayenne’s engine shuts off automatically. A flick of the steering wheel-mounted drive mode knob puts the Cayenne E-Hybrid in E-Power mode and it runs solely on electric power for about 27 miles—a figure calculated using a European standard that will probably translate into 20-23 miles in the U.S.

For well-heeled Europeans driving from rural areas into city centers that prohibit tailpipe emissions, the battery’s charge can be held for access later.

In case those drivers forget, an E-Charge mode runs the gas engine extra hard to juice up the battery.  This seems like cheating because, well, it is.

On my drive, I didn’t need to conserve charge since my journey took me through sleepy towns and not bustling metropolises.

On the open road, I gladly activated the Sport and Sport+ drive modes included with the Cayenne E-Hybrid.

DON'T MISS: Half of all Porsches will plug in by 2025, showing importance of electric cars

Confusingly, Cayenne S buyers have to drop around $1,000 for the Sport Chrono package that’s standard on the hybrid to access Sport+ mode.

Sport+ turned the Cayenne into a sublime, rip-roaring crossover that snaked its way through Provence’s hills. With its crisp steering translating the road’s imperfections directly to my hands, the Cayenne E-Hybrid is no longer about numbers.

The Cayenne whittles its way back to the coast, a rain storm outside hardly dampening its appeal. Though my tester rode on big 21-inch alloy wheels—and 22s are a new option—its air suspension filtered out pavement irregularities.

Since the Cayenne E-Hybrid doesn’t go on sale until early next year, its most important numbers—fuel economy—remain speculation.

Last year’s Cayenne S E-Hybrid checked in at 47 mpg-e, and we have no doubt that the 2019 will surpass that figure.

At Porsche, electrification moved from showpiece to practicality with one fell-swoop in the 2019 Cayenne E-Hybrid.